The Bayang Bridge #2 is one of two large beam bridges on the mountainous G42 expressway between Wanzhou and Yunyang in Chongqing. Bayang Bridges Number 1 and Number 2 are separated by a small hillside. Bayang #1 has a larger main span of 180 meters while Bayang #2 is on a curve but both bridges are approximately 100 meters high. 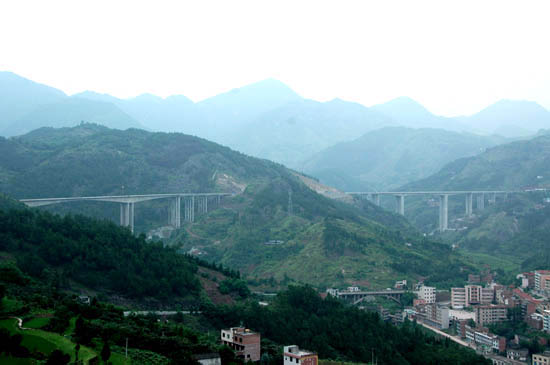 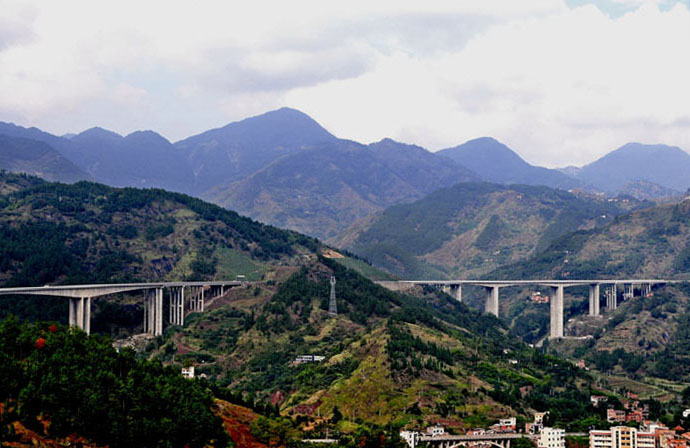 Bayang Bridges 1 and 2 are located several kilometers north of the Yangtze River.