Outside of China, no other highway exists on earth with as many high bridges as Italy’s A3 / E45 motorway. Constructed in a Frankenstein-like fashion in bits and pieces throughout the 1960s and 1970s, this laboratory of Italian civil engineering stretches 300 miles (483 kms) from Napoli to the tip of Italy’s boot near the island of Sicily. The last few miles of the motorway traverse some of the most spectacular coastal terrain in all of Italy.

A huge reconstruction took place after 2010 as the mountain motorway had become congested as well as unsafe with no shoulders and curves that were too tight. New tunnels, wider curves and wider shoulders in both directions transformed the original Autostrada Napoli-Reggio Calabria into a modern 4-lane European route.

Once located just north of the giant Sfalassa Bridge, the Gazziano Bridge was one of Italy's few single pier cantilevered beam spans. Two large struts allowed for extended beams to support simple drop-in spans on either side. Two new steel beam spans now carry the autostrada across Gazziano canyon with only the foundations remaining of the 1974 structure. 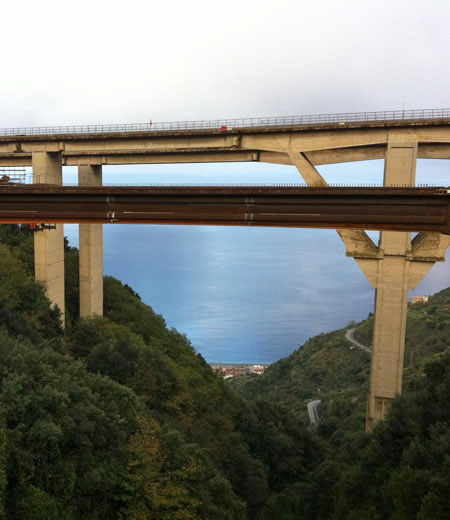 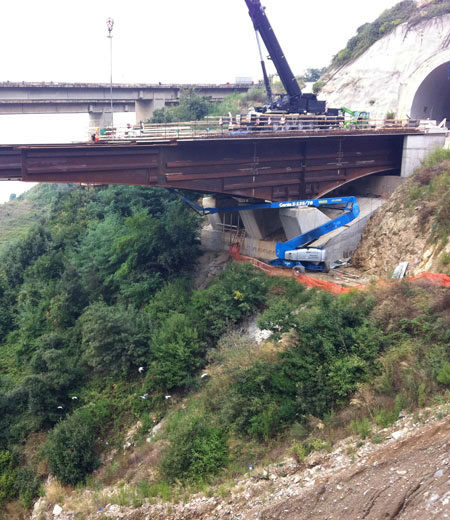 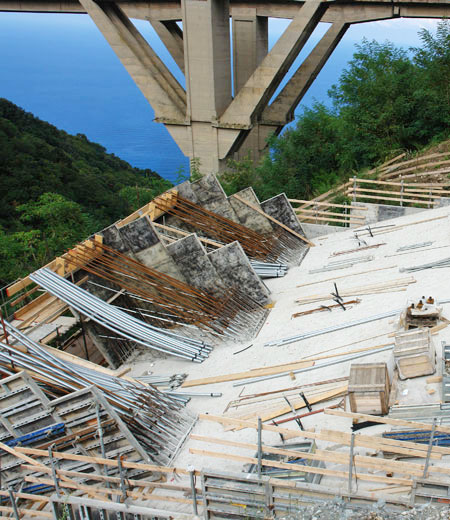 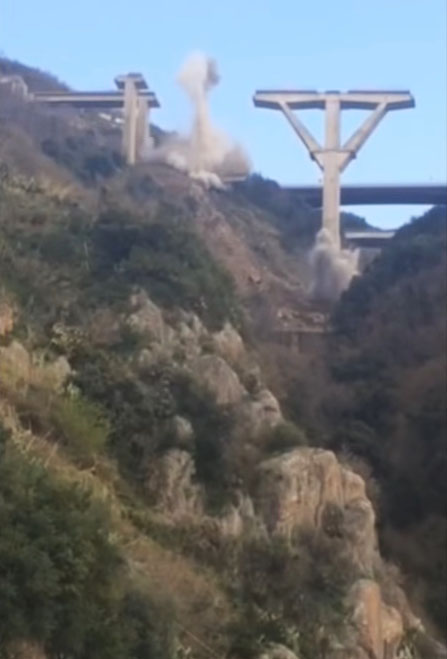 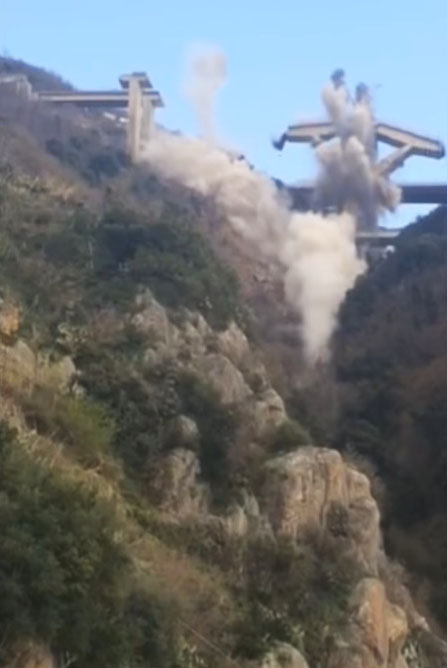 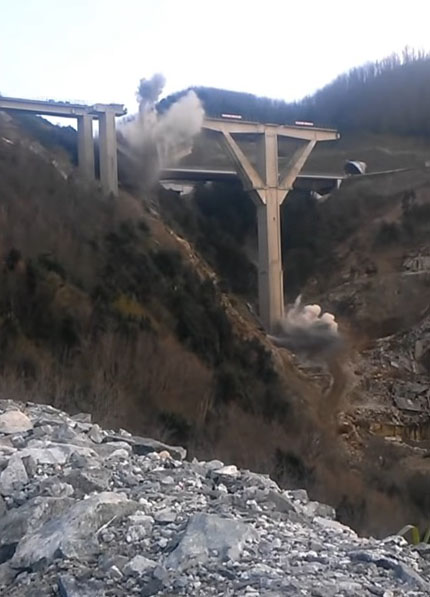 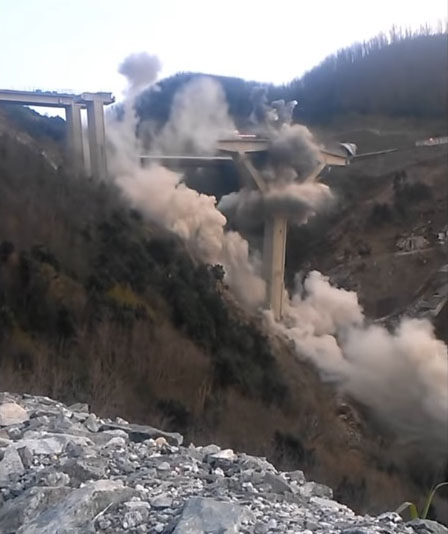