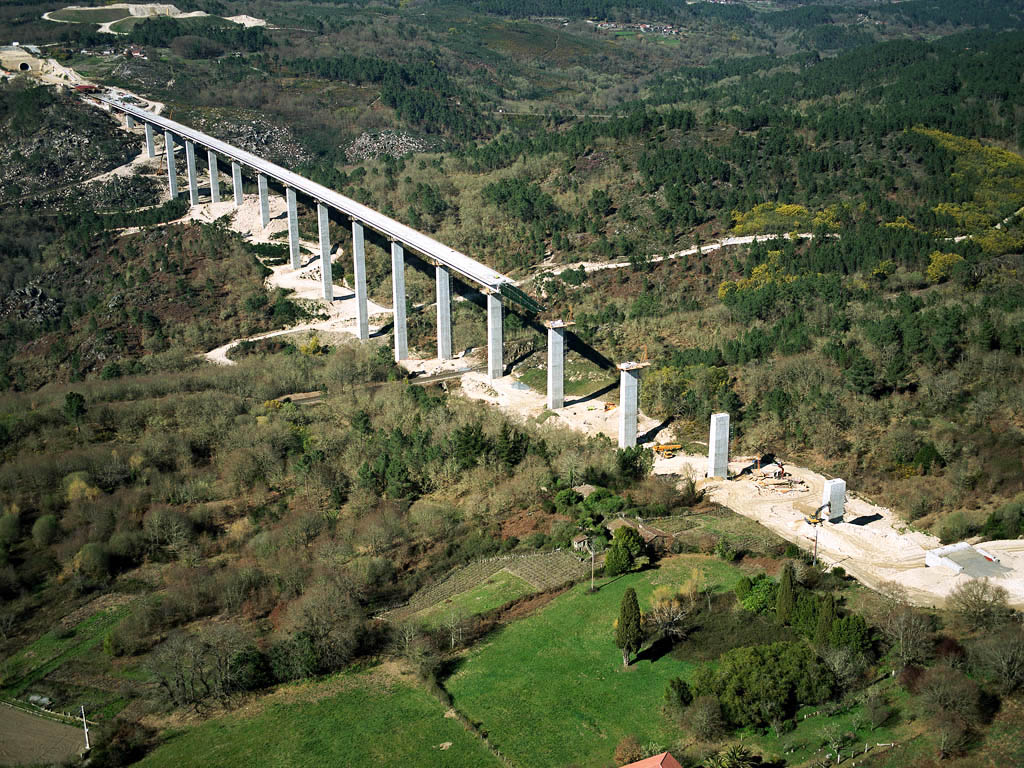 The 3,858 foot (1,176 mtr) long Viaducto de Barbantiño Railway Viaduct is one of two new structures to cross over a wide ravine 6 miles (10 kms) northwest of Ourense on the new high speed rail line between Santiago de Compostela and Ourense in the Galicia region of Spain. The bridge lower down in the valley is the Viaducto de Barbantiño AG-53 Autostrada bridge which is also over 328 feet (100 mtrs) high. 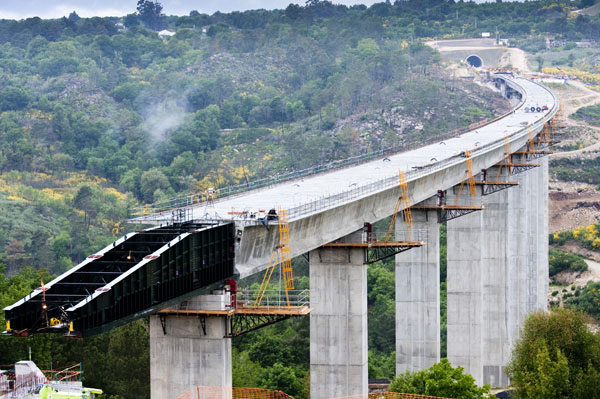 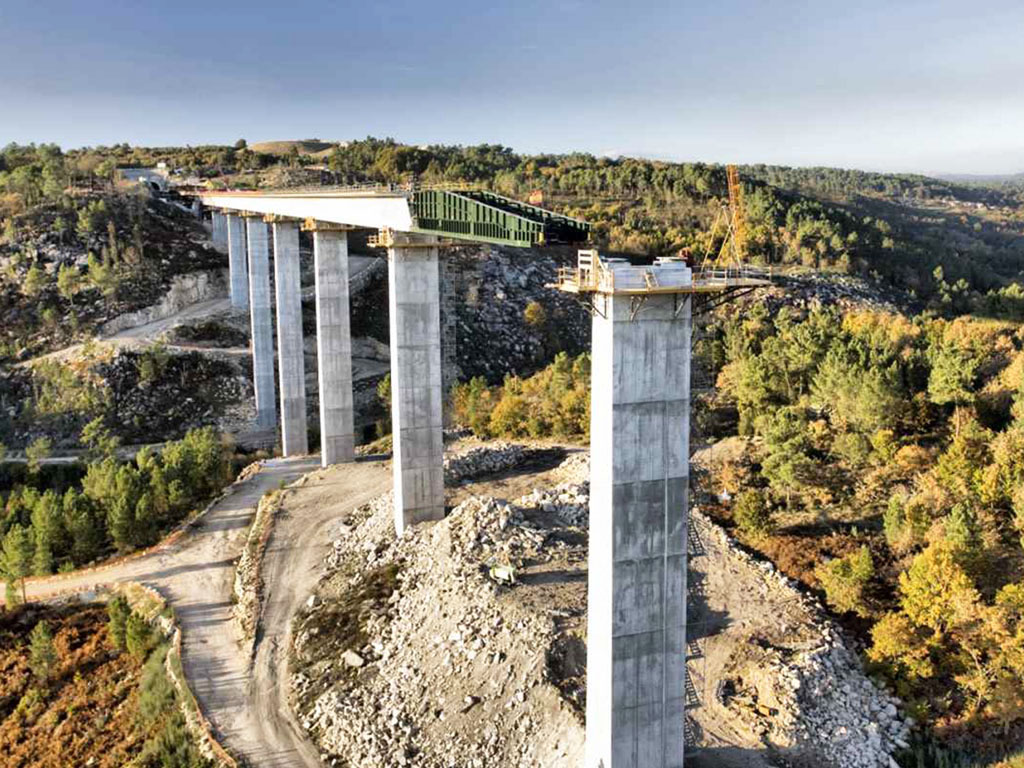 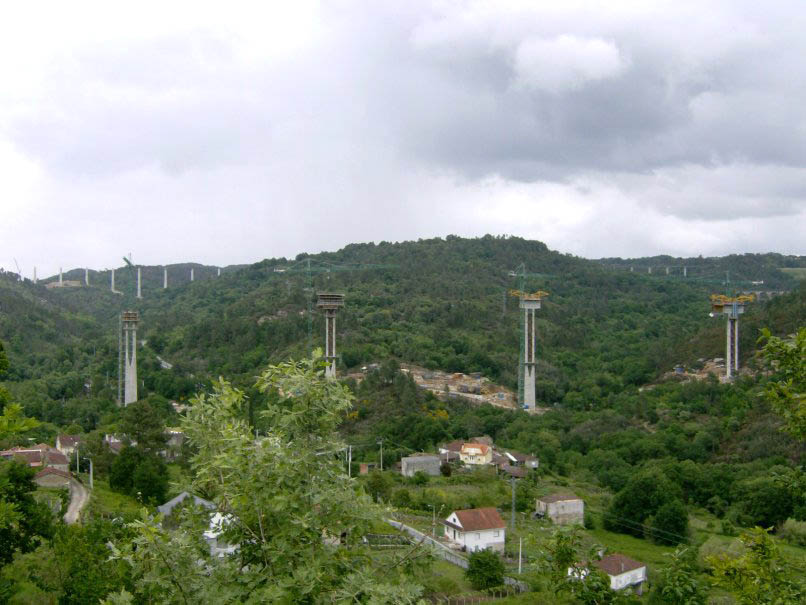 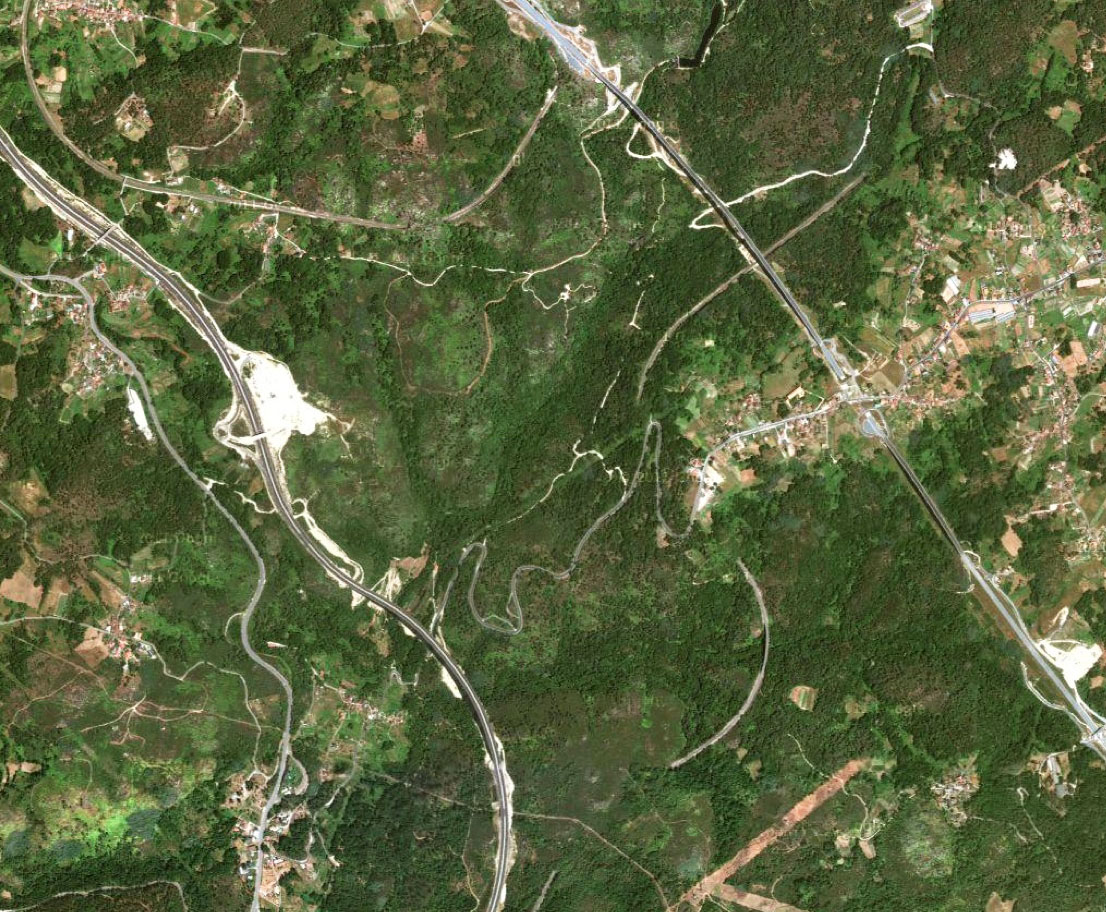 A satellite image showing the Barbantiño high speed railway bridge in the upper right and the curving Barbantiño highway viaduct towards the lower left. The older railway line can also be seen weaving in and out of tunnels between the new railway and highway. 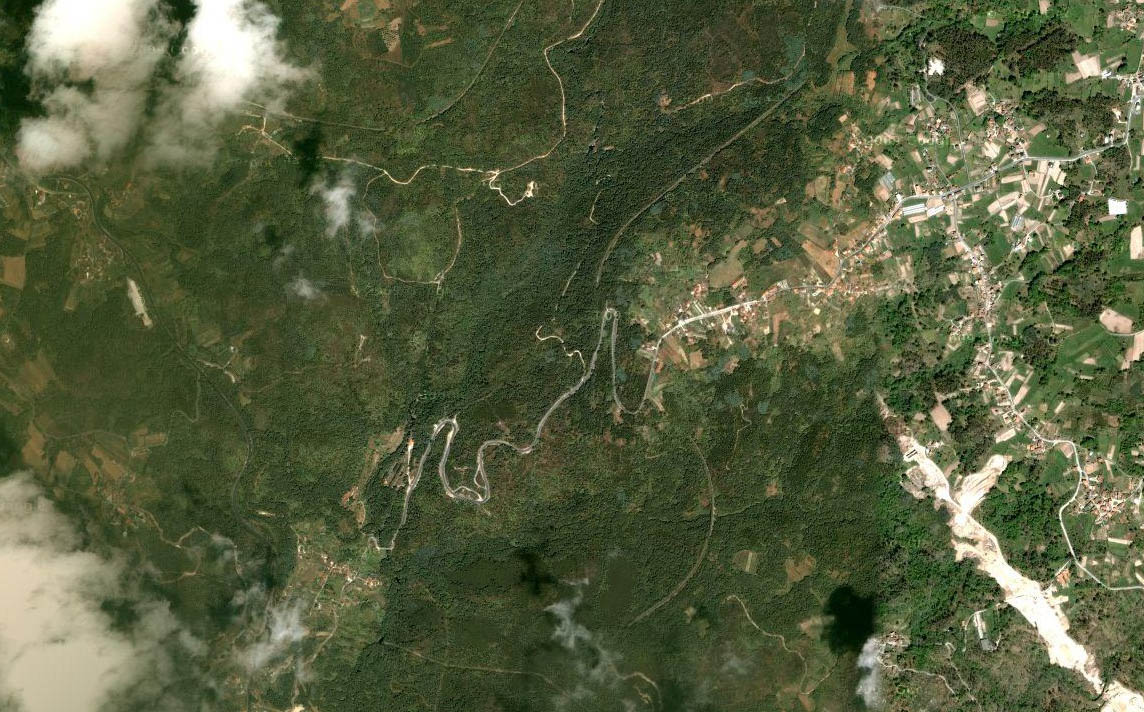 Barbantiño Viaduct area satellite image before construction of the highway and railway bridges. 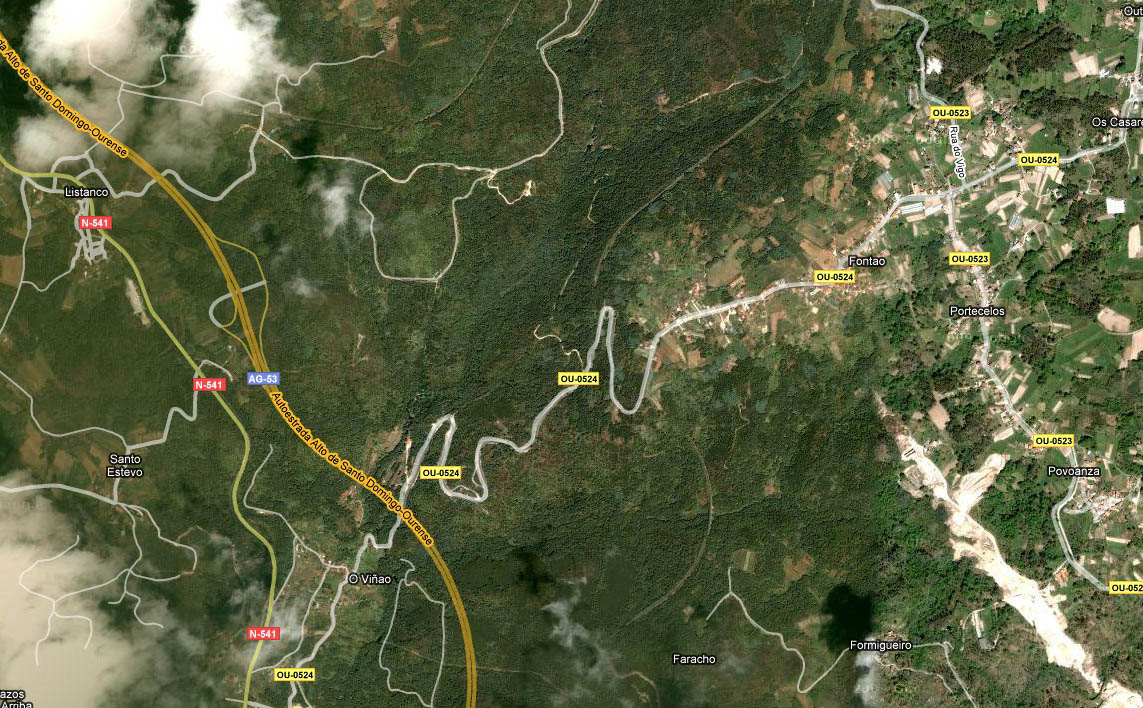 Barbantiño Viaduct area map before construction with the AG-53 Autostrada route shown. The path of the high speed railway is not shown.