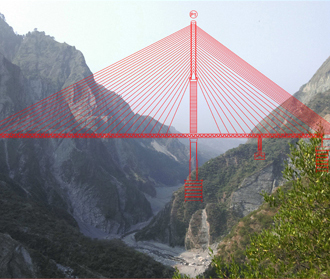 Anjikhad is the smaller of two large bridges that are under construction on India’s new railway line between the states of Jammu and Kashmir in the Himalayan foothills of Northwestern India. Although the project got the go ahead in 1994, it was not until after 2002 that work began on the many tunnels and bridges. By 2005 delays began to slow the project considerably as engineers never expected the poor geology, access problems, tunnel excavation difficulties and labor disputes. When the 213 mile (343 km) line finally opens sometime around 2021, it will be the most expensive stretch of India’s 40,000 mile (64,000 kilometer) railway network. There is not much to show outside of the approach spans.

Located along the Katra-Quazigund section of the larger Jammu-Udhampur-Srinagar-Baramulla railway link (aka USBRL), Anjikhad is the smaller of the two major bridges on the line with a central cable stayed span of 290 meters. The largest - over the river Chenab - will be the highest arch railway bridge ever built at 1,053 feet (321 meters) though China will have higher railway bridges that are not arches. Both Jammu-Kashmir bridges will be India’s highest railway structures ever, far exceeding the 295 foot (90 meter) high Jhajjar Khad and 253 foot (77 meter) high Gambhir bridges completed in 2007 (also on the Jammu-Udhampur line) as well as the 1974-built 230 foot (70 meter) high Panval Nadhi viaduct on the Konkan railway near Ratnagari.

Anjikhad Railway Bridge will connect tunnel T2 and T3 on the Katra-Banihal Section of the Udhampur-Srinagar-Baramulla Rail Link project. The total length of the bridge is 473.25 meters including its approaches across river Anji Khad. The 290 meter long main span will be the longest among cable stayed bridges on an Indian Railway.

Originally designed as an asymmetrical arch with a main span of 265 meters, Anjikhad crossing was changed to a cable stayed bridge in 2016.

The Kashmir valley has always been one of the most isolated regions in India. When the line is finished, it will finally open up the area to the rest of India and the outside world. For a more extensive history of the railway and its construction visit http://en.wikipedia.org/wiki/Kashmir_railway. 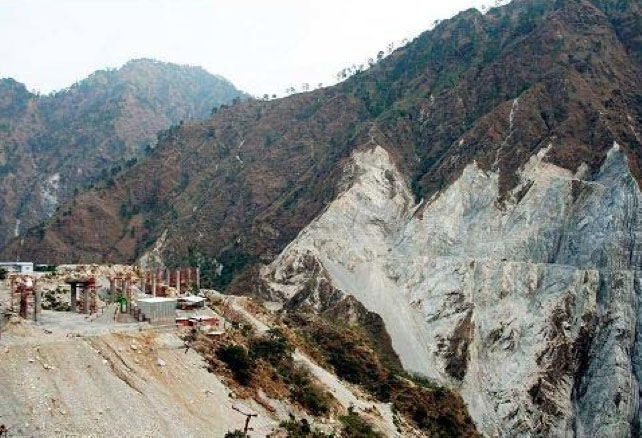 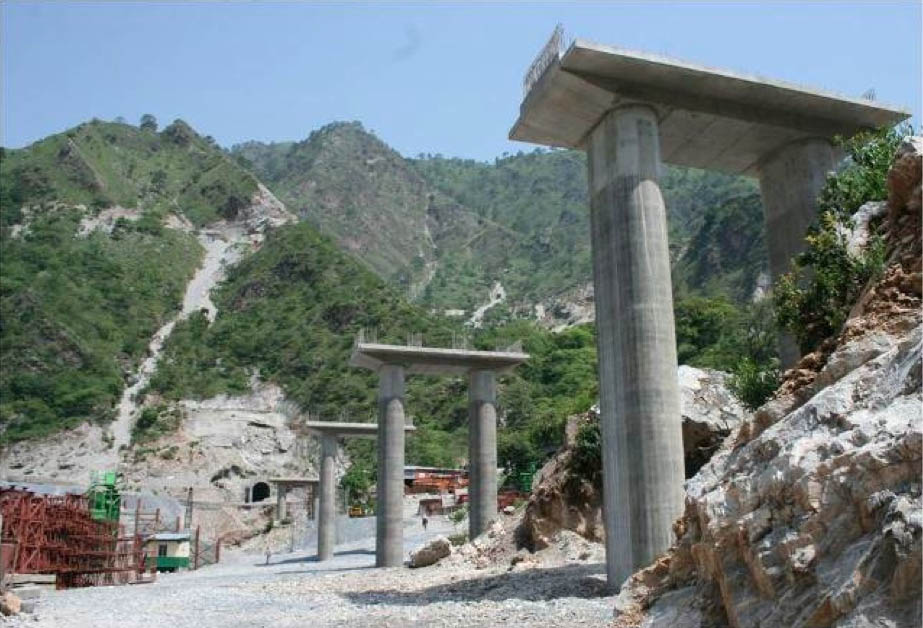 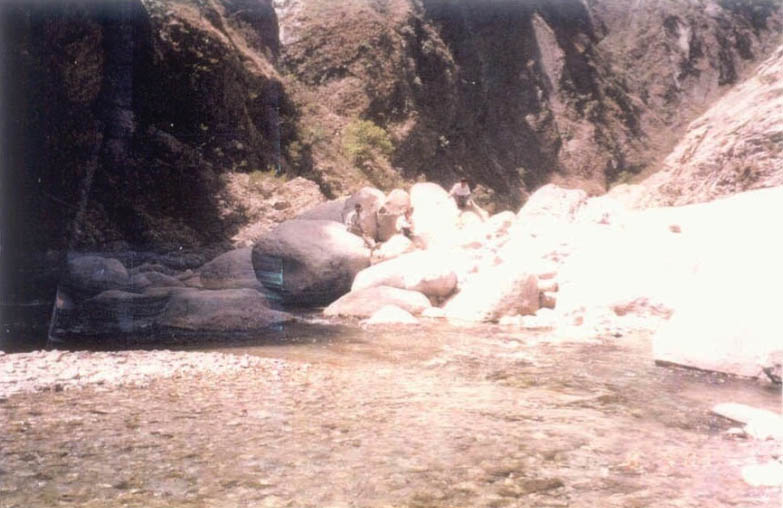 A view of the river below the approximate location of the crossing. 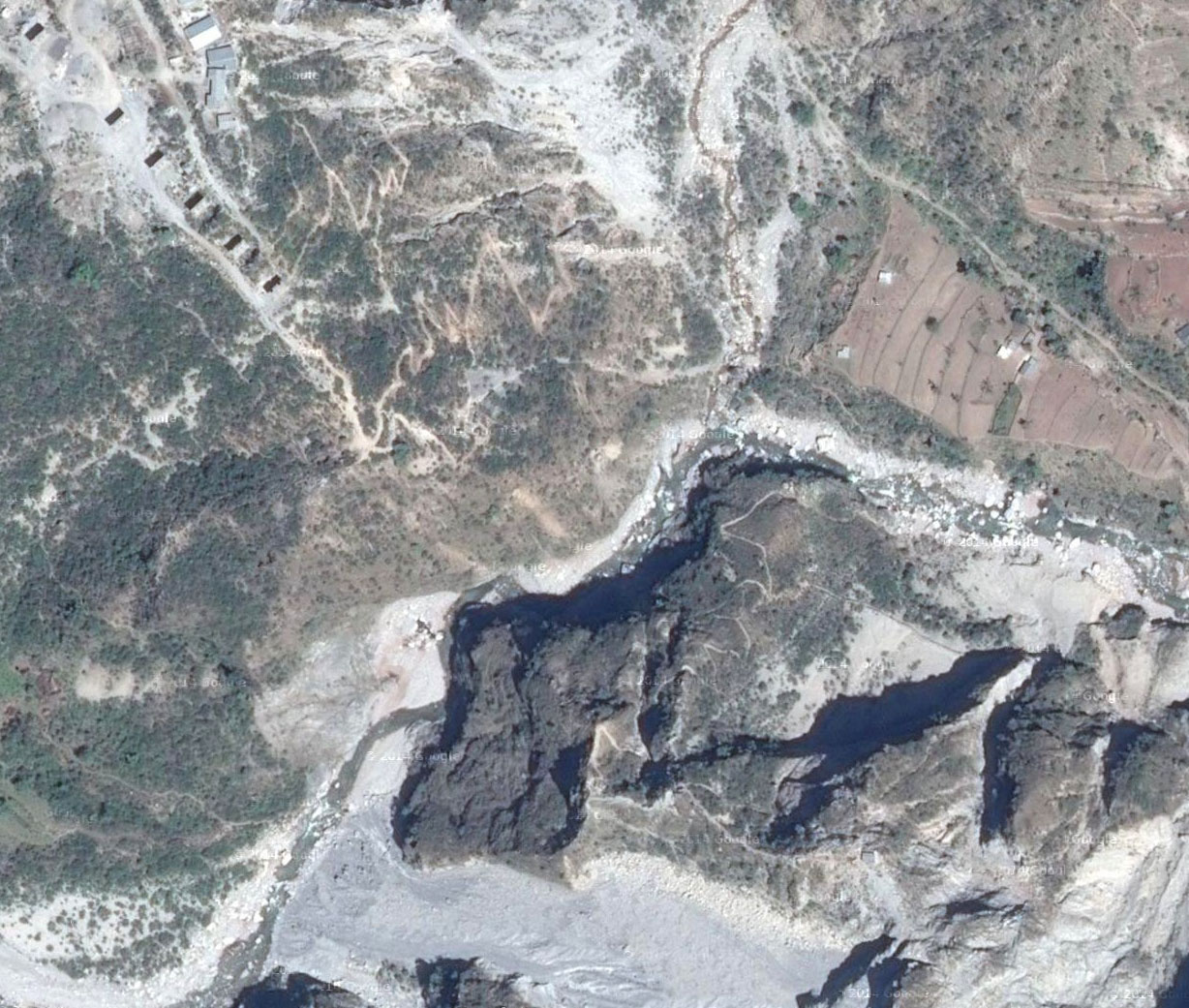 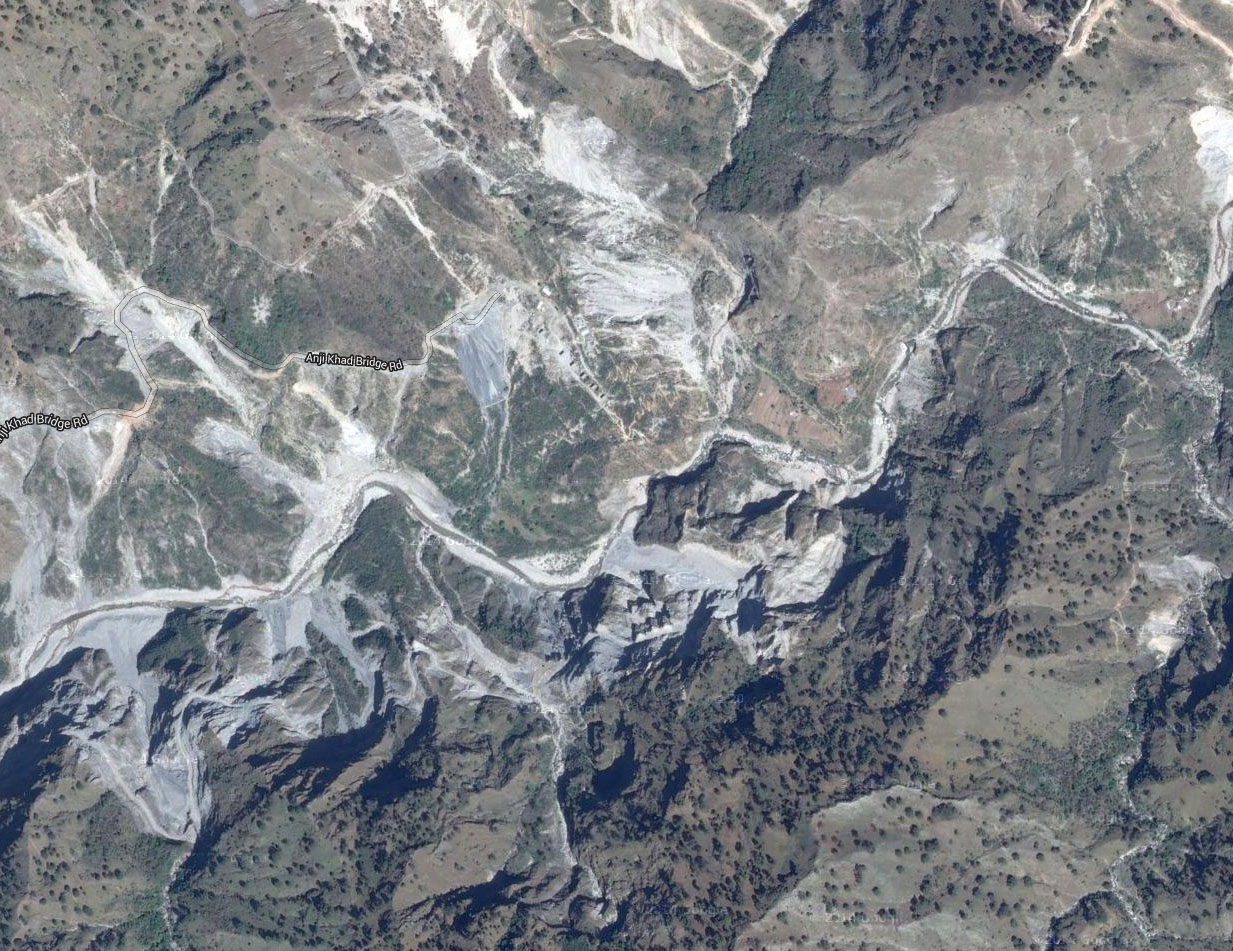 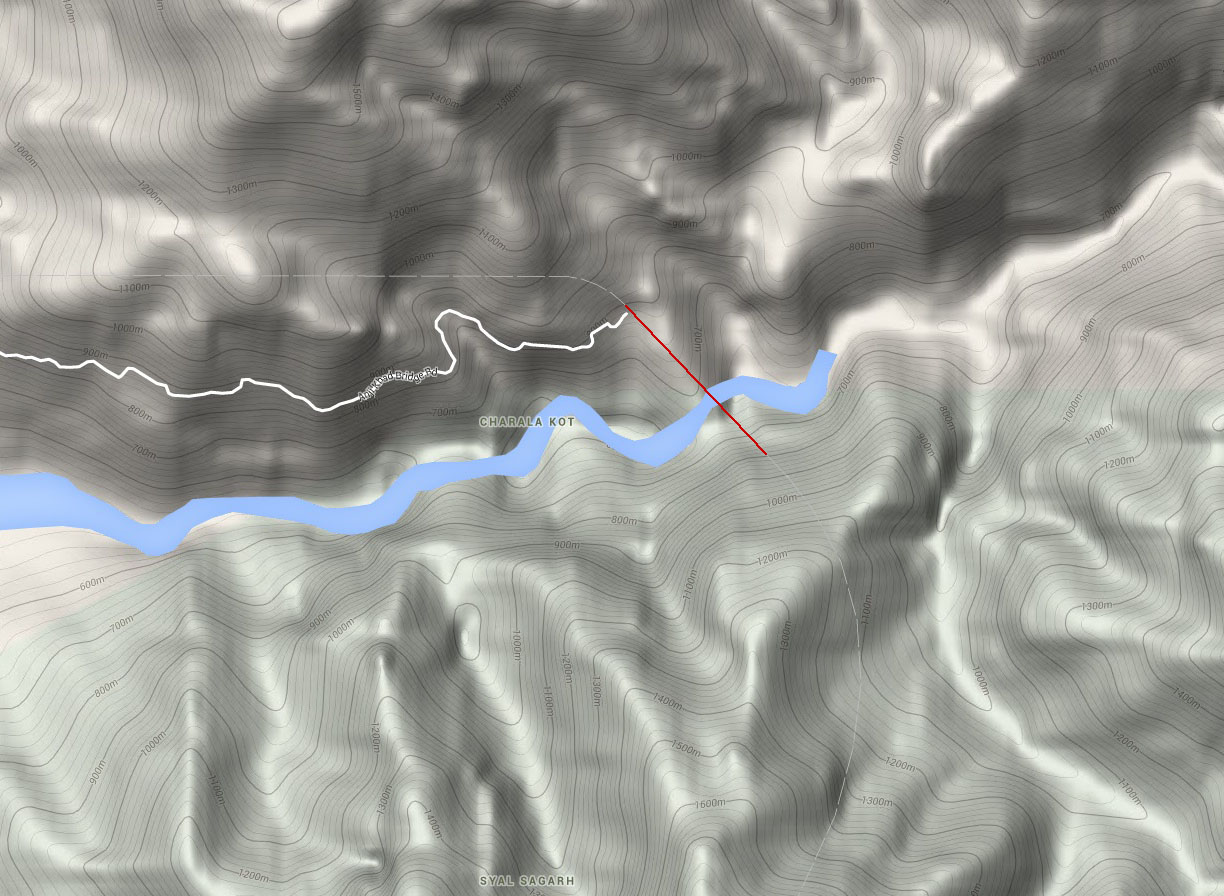 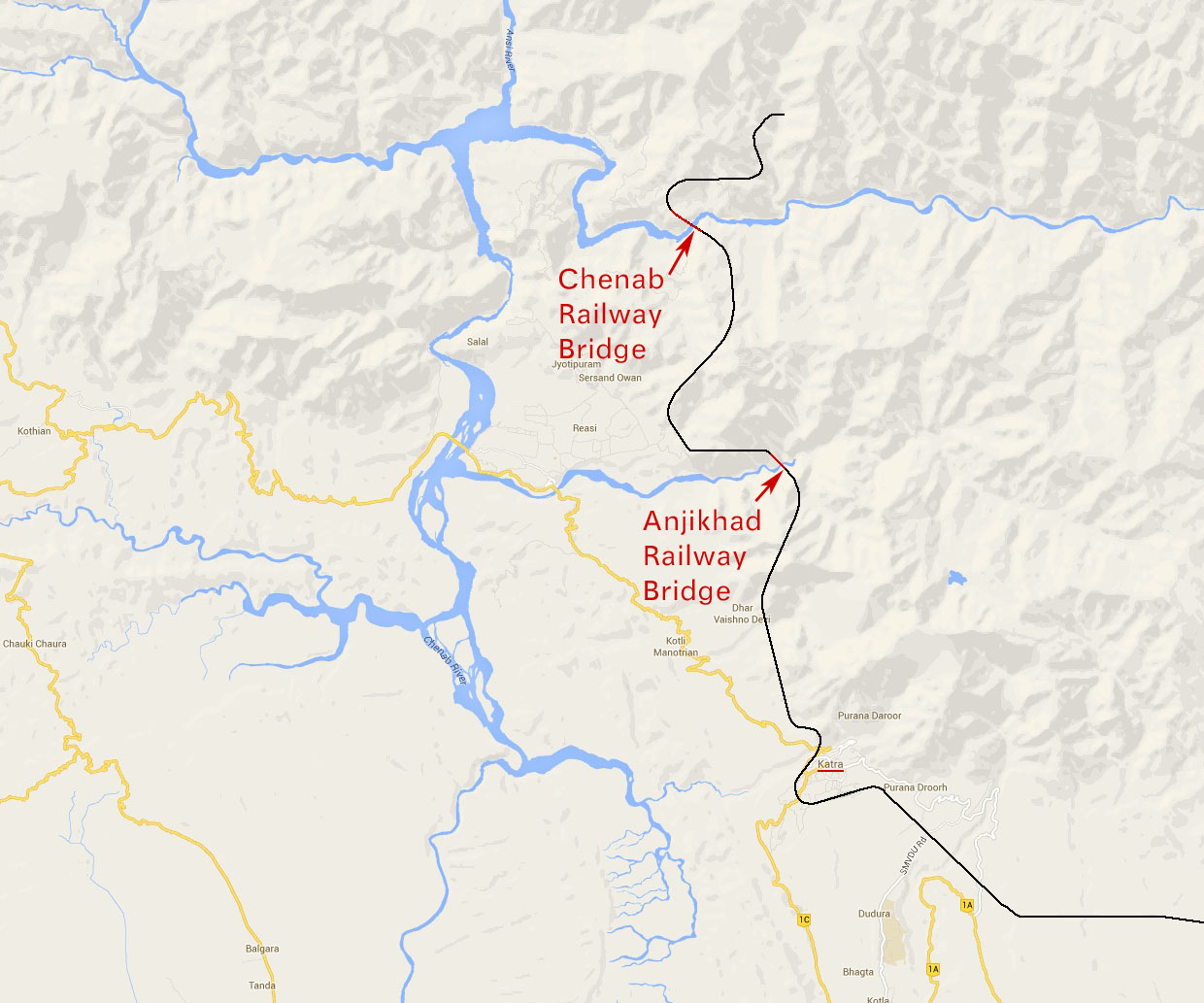 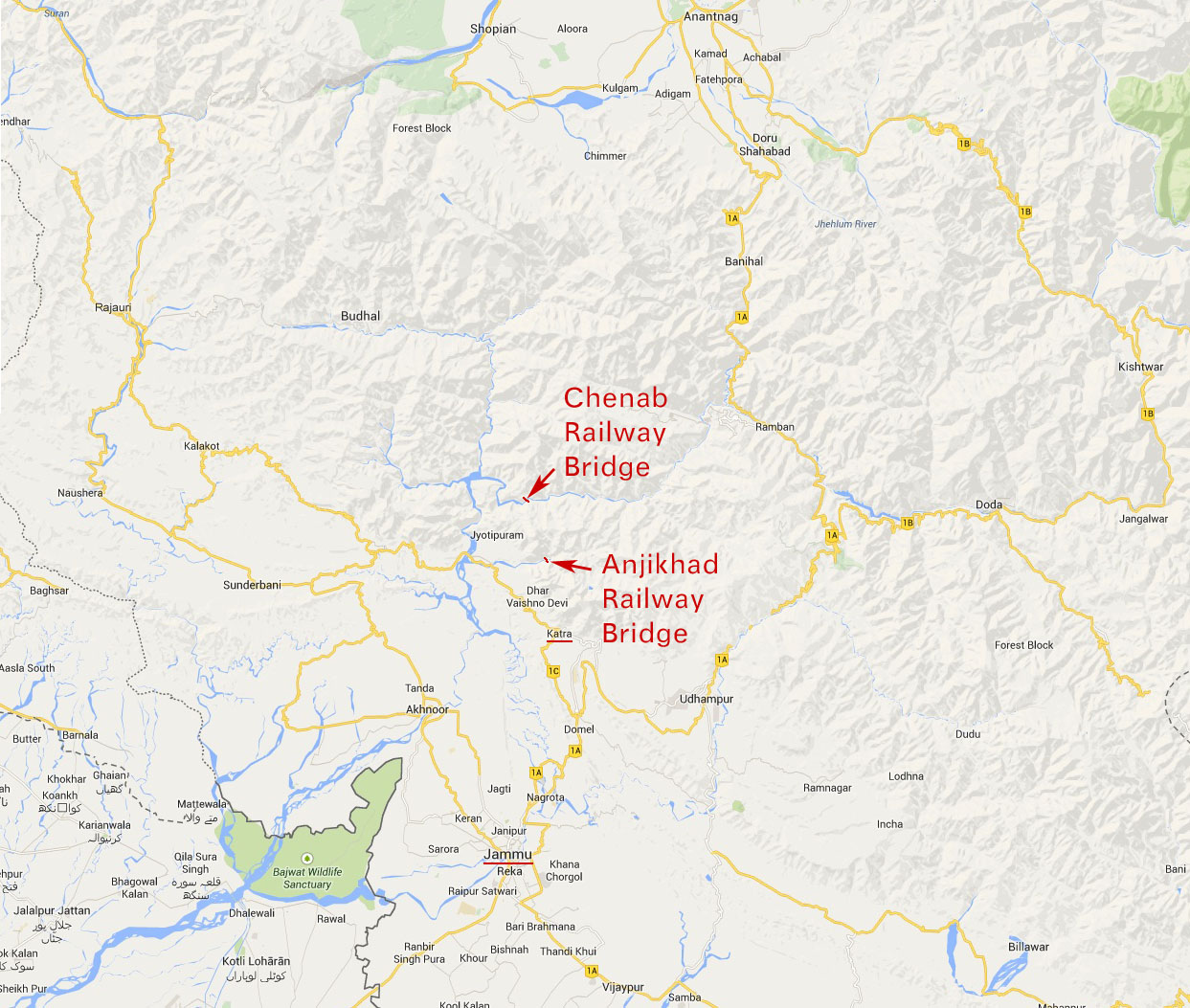 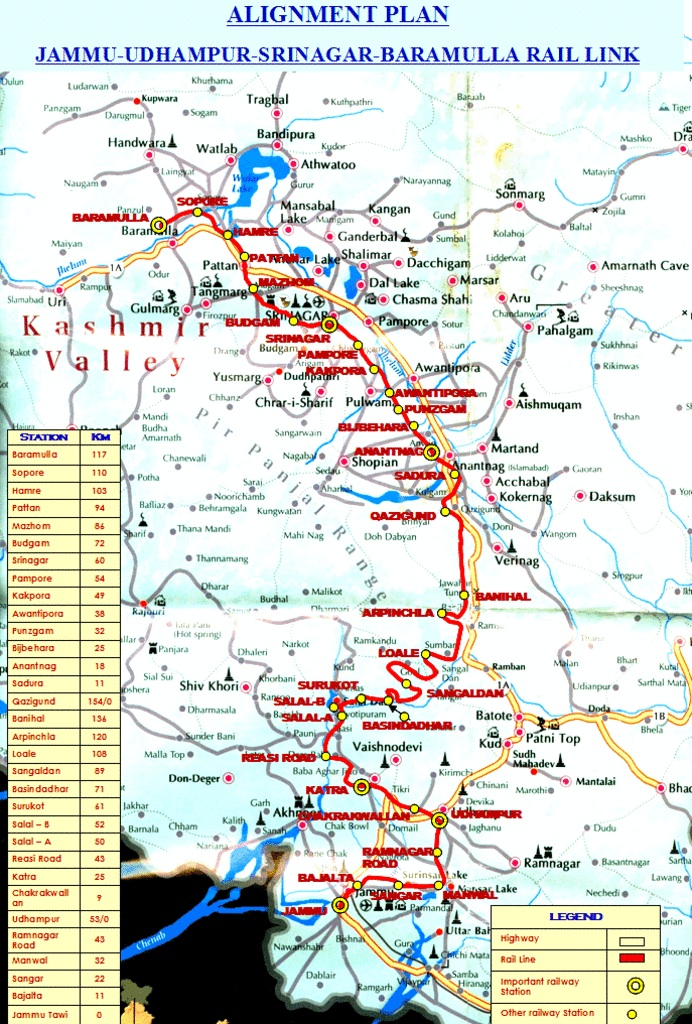 Map of the Kashmir Railway route. The Anjikhad Bridge will be located between the stations of Reasi Road and Katra. 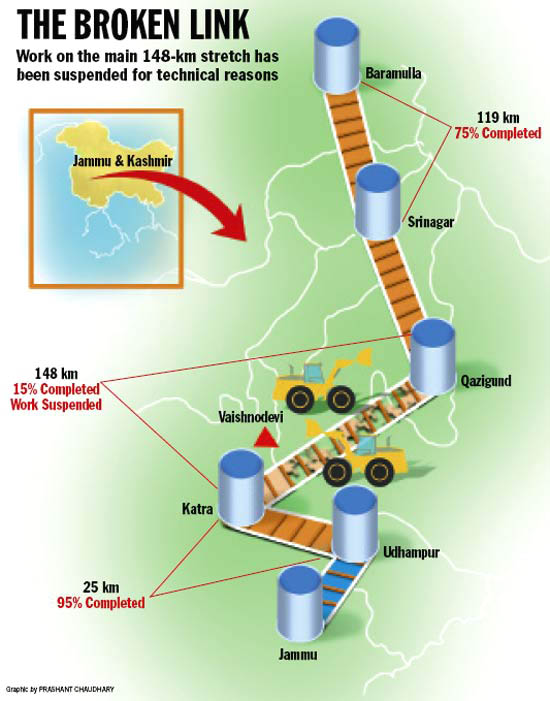