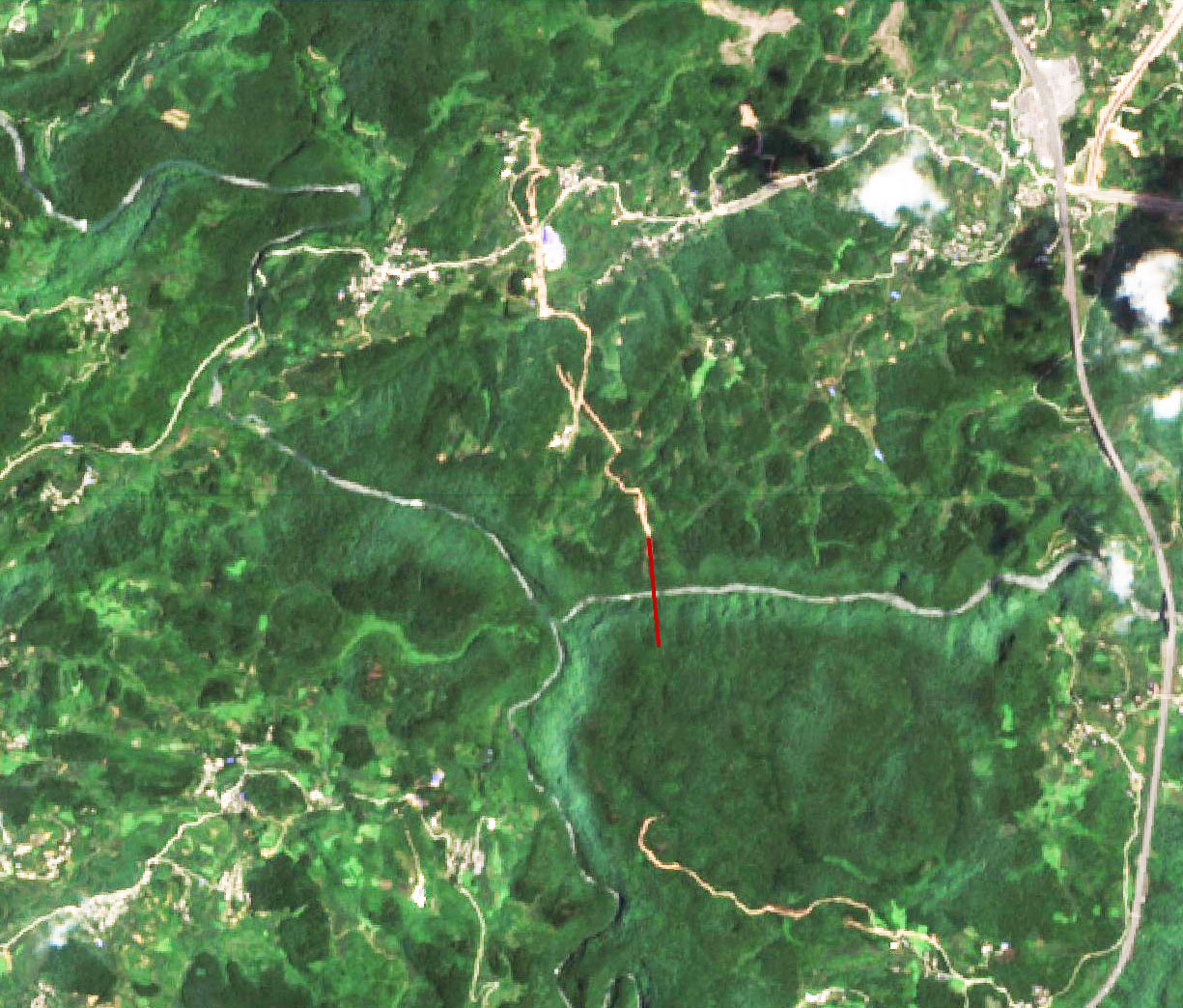 Banbuhe Railway Bridge is another large Chinese concrete arch bridge located in the mountainous region of Guizhou Province. The main span of 188 meter ranks second to the nearby Jiangjiehe arch bridge with a span of 320 meters.

The Banbu River crossing is part of a local freight route between Zunyi and Weng'an. Just a few kilometers to the north is the even more spectacular 320 meter span Jiangjiehe concrete arch bridge over the Wujiang River. The waterway is one of the largest tributaries of the Yangtze River and has more high level bridges across its waters than any other waterway on earth.

About 30 kilometers to the north is the 168 meter concrete beam span of the Weng'an Railway Bridge.

This Wengma railway was constructed primarily to transport phosphate reserves that are prominent in Weng'an County and make Guizhou a big exporter of fertilizer.

Also on the route is the amazing Xiangjiang Railway Bridge located 20 kilometers to the north on the same railway line. This double span extradosed bridge currently has the tallest railway bridge pier in the world at 161.5 meters. 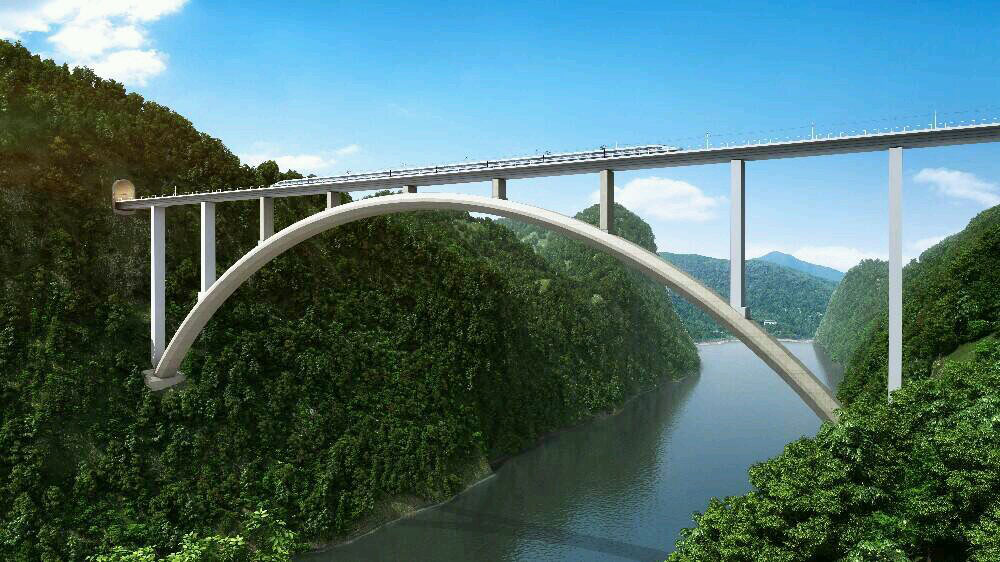 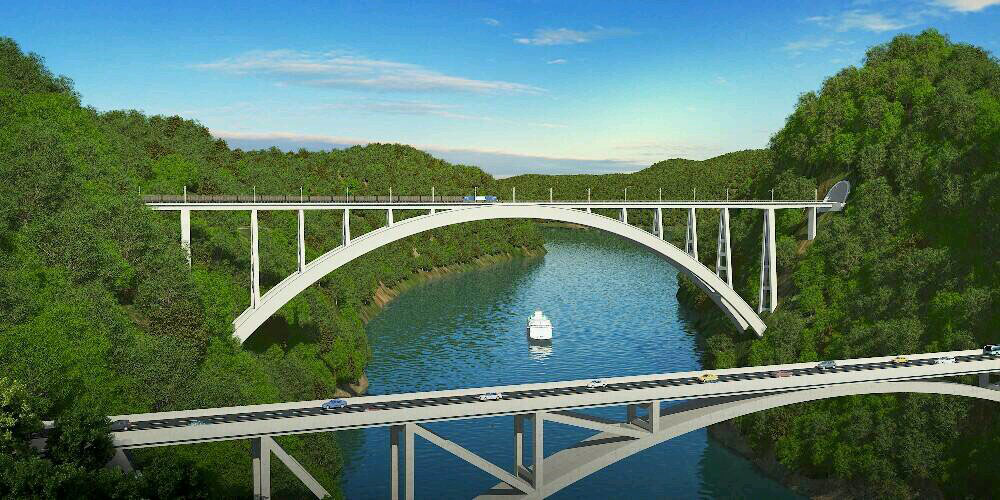 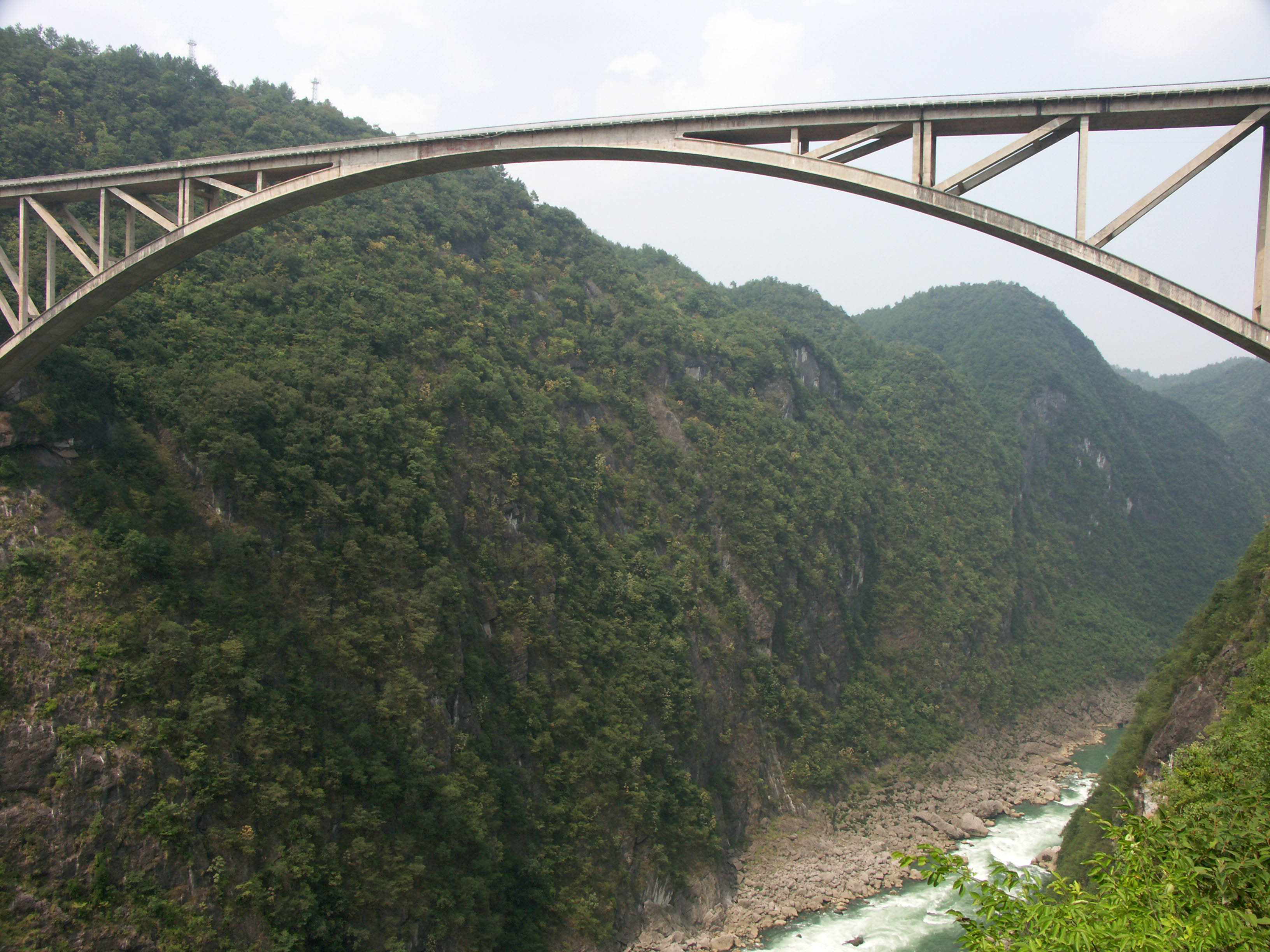 The original 1995 Jiangjiehe road bridge before the reservoir filled up beneath the span in 2009. 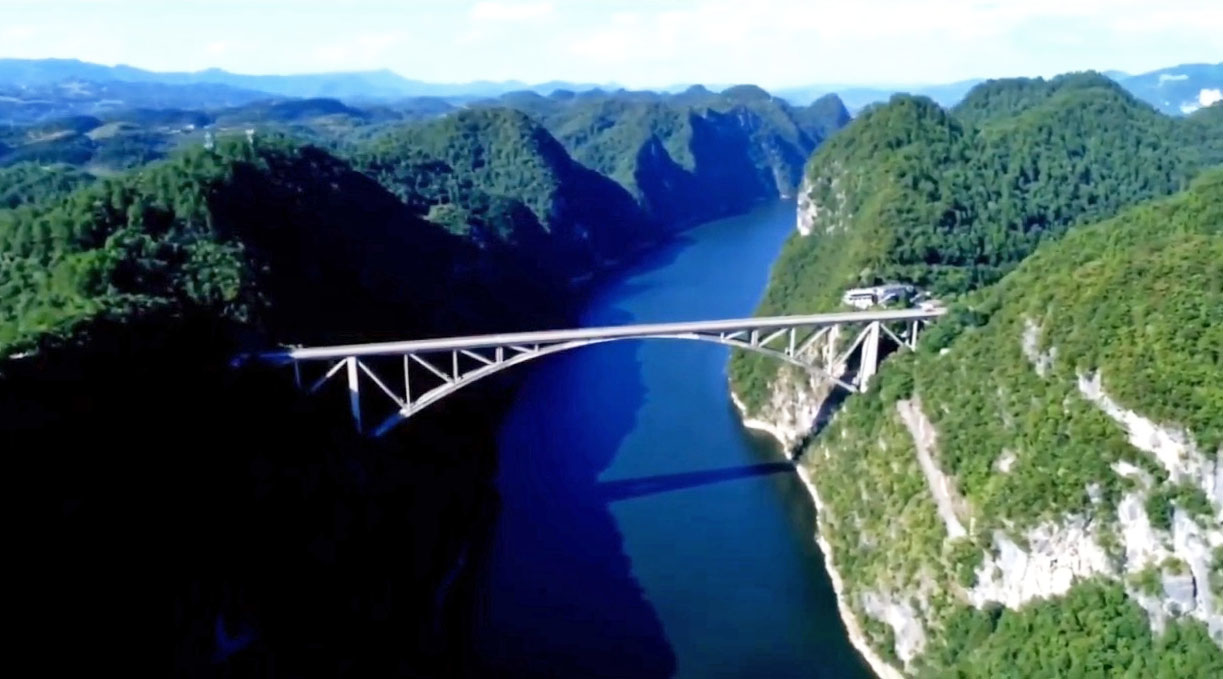 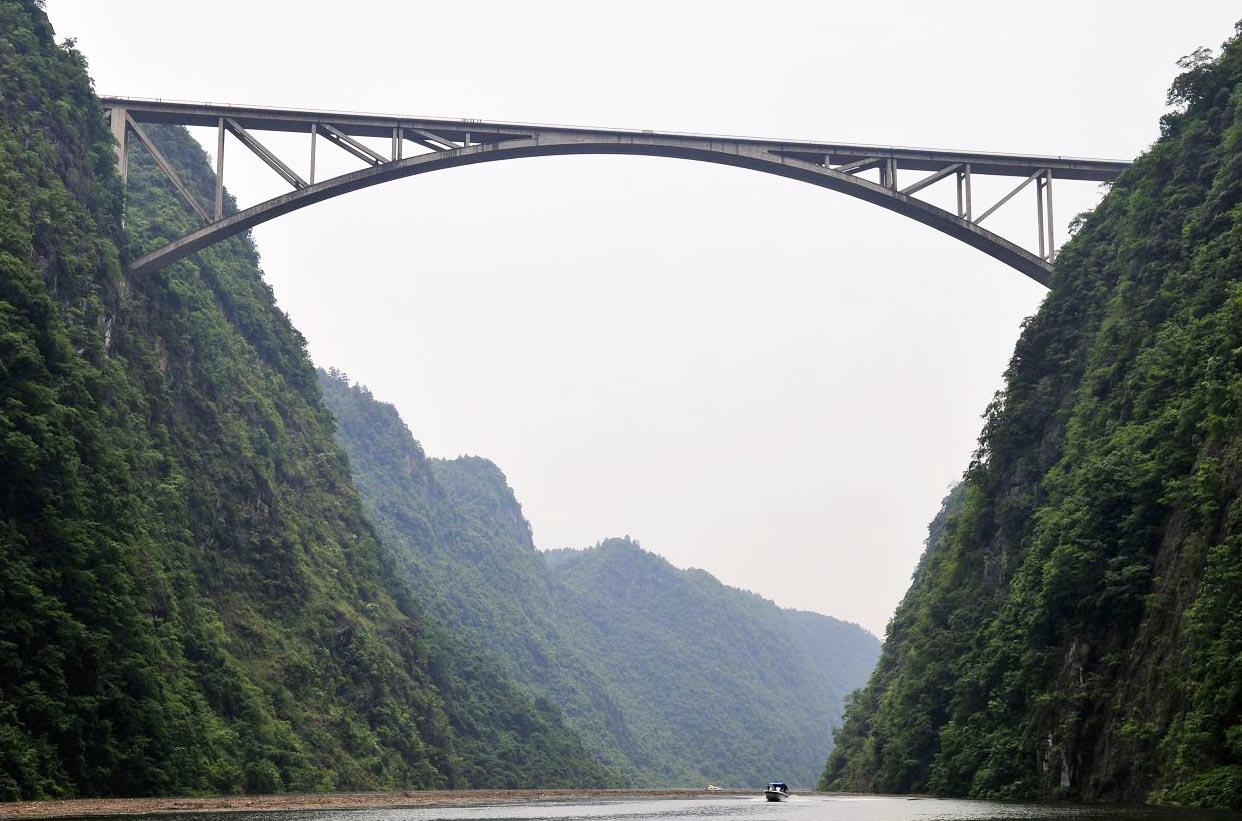 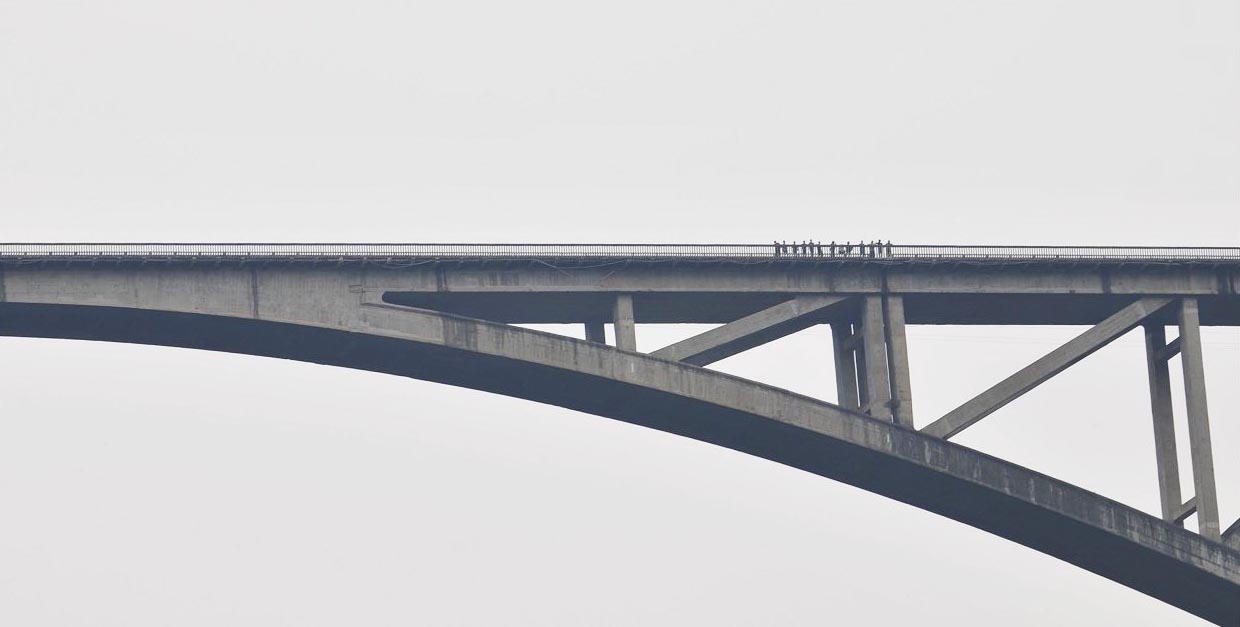 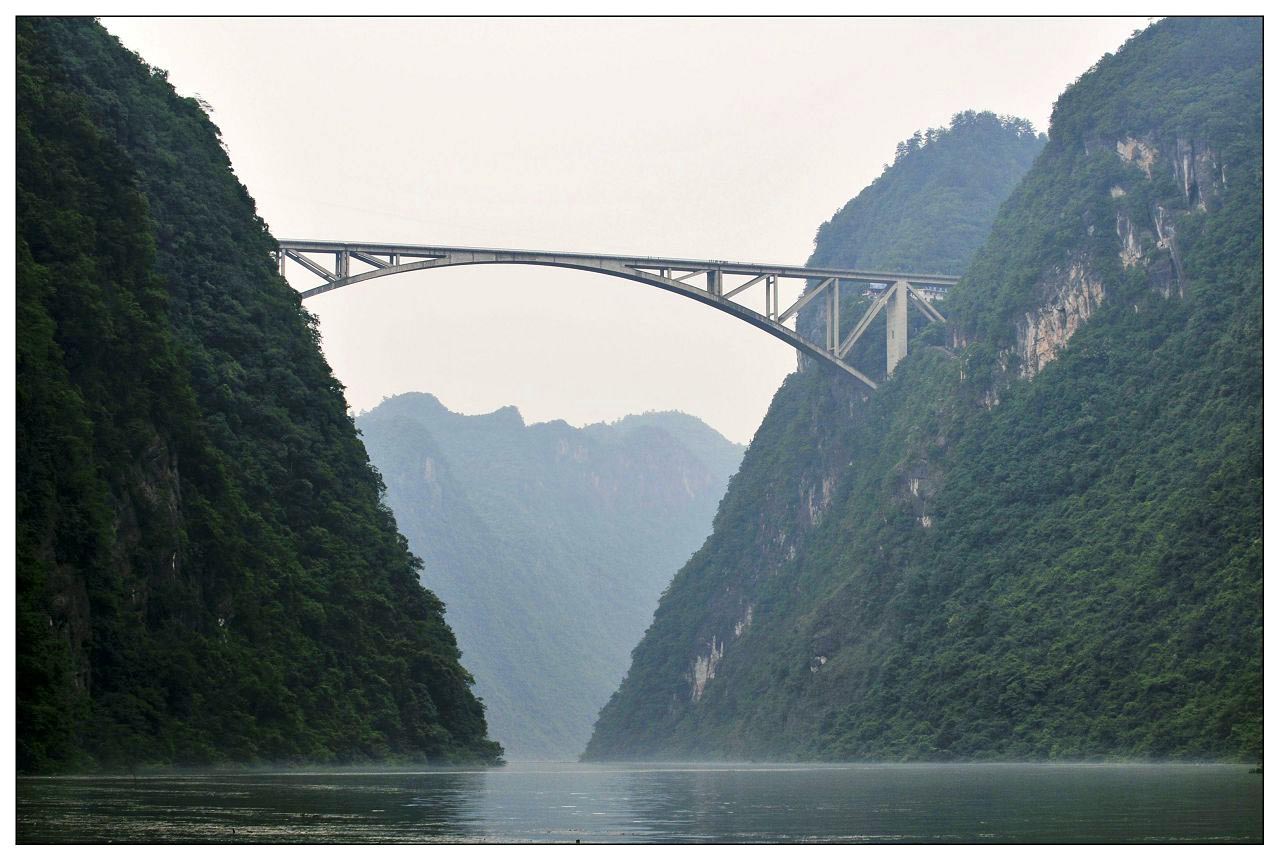 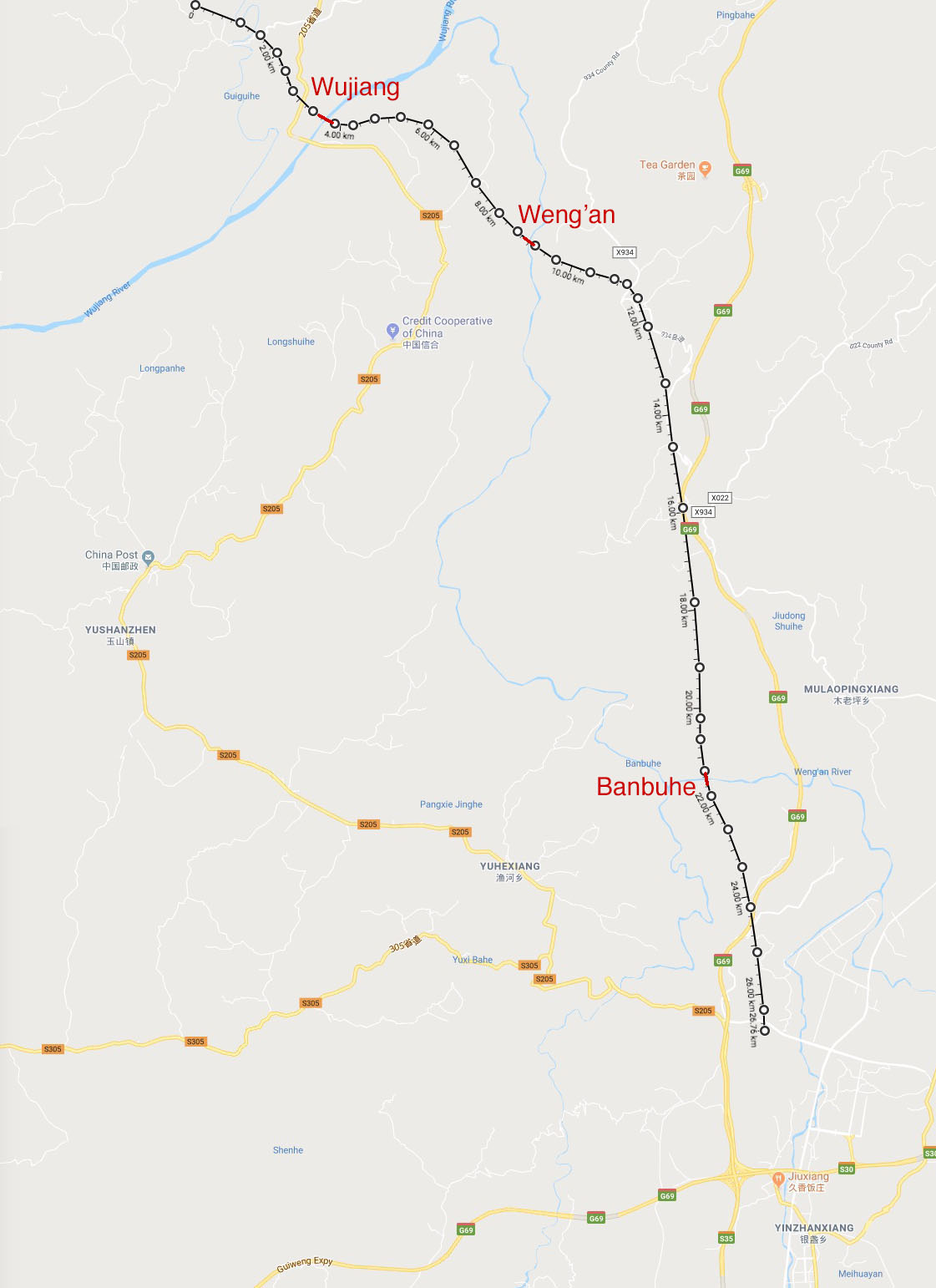 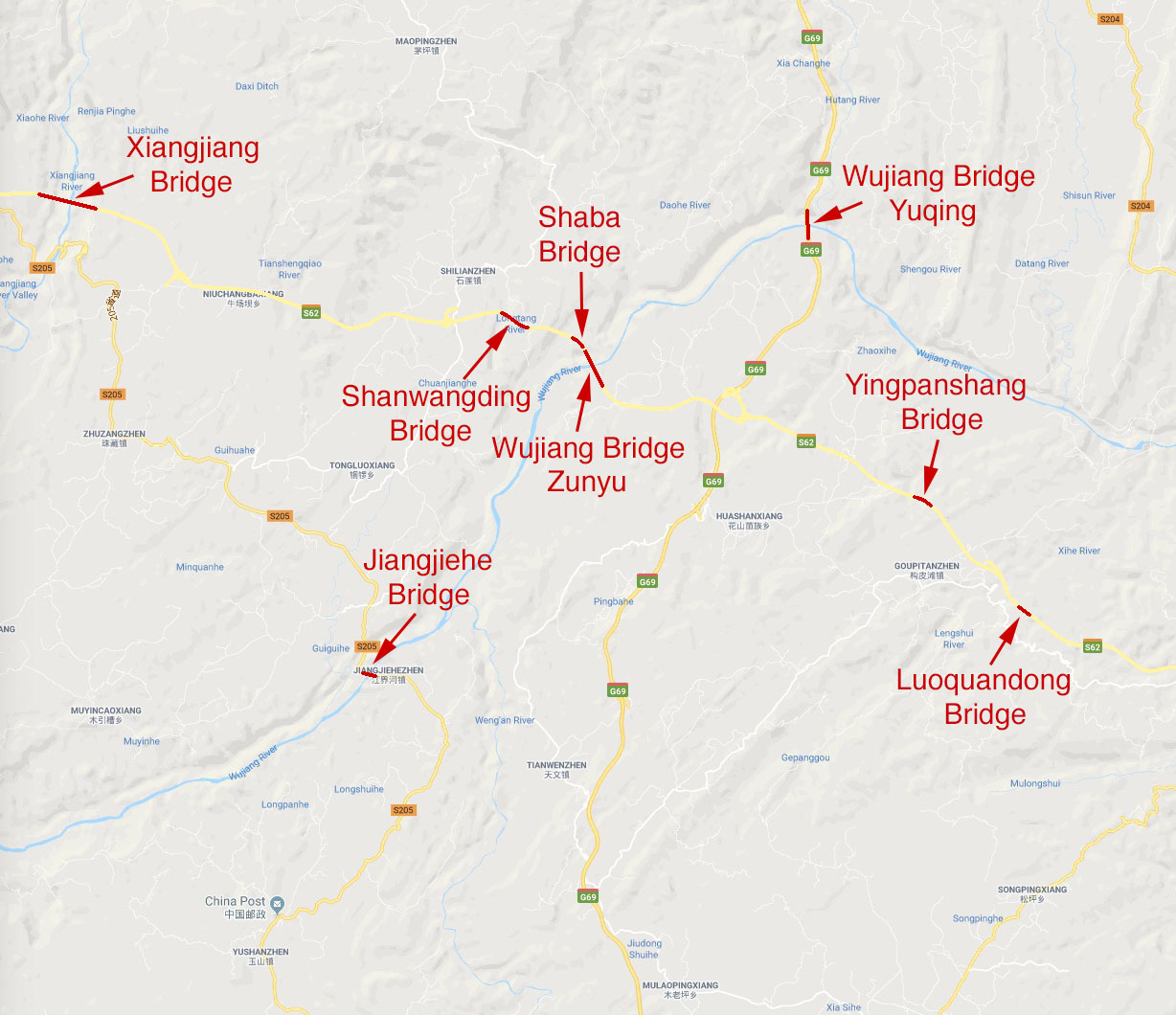