Upon completion in 2023, the Tian'e Longtan Bridge became the longest span arch bridge in the world at 600 meters. Unlike previous record breaking arch spans that have always been made of steel, the Longtan Tianhu Bridge is made of concrete. Steel was only used internally as part of a skeleton core that was encased in concrete. Prior to Tian'e Longtan Bridge, the longest concrete arch was the Beipanjiang Qinglong Railway Bridge with a span of 445 meters.

The total length of the Tian'e Longtan Bridge is 2,539 meters with the main bridge being 760 meters long and 26 meters wide. The tallest pier measures 120 meters. As a comparison the Beipanjiang Qinglong Railway Bridge arch has a maximum pier height of 102 meters. The deck is approximately 150 meters above a full reservoir with another 140 meters to the original Hongshui River level.

Tian'e Longtan Bridge was built by the Guangxi Highway and Bridge Corporation who are also responsible for the steel Pingnan #3 arch in Guangxi Province which was the previous world record arch with a span of 575 meters.

The Tian'e Longtan concrete arch bridge crosses a deep reservoir along the Hongshuihe River just upstream of the Longtan Dam in Tian‘e County, Guangxi and is one of several large bridges along the mountainous Nandan to Xialaoxiang Expressway that links the G75 and G69 expressways.

Several years later a parallel bridge with a cable stayed design will cross the reservoir on the Pingtang to Tian'e to Fengshan expressway.

Tian'e Longtan Bridge with the planned Pingtang to Tian'e to Fengshan cable stayed expressway bridge in the background. 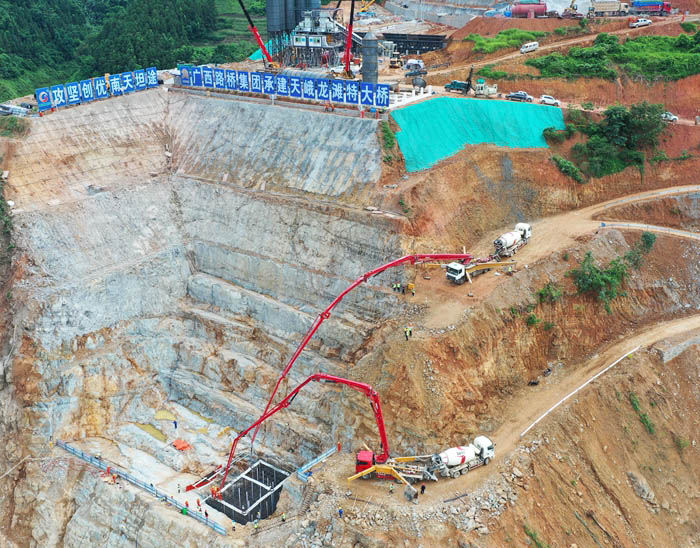 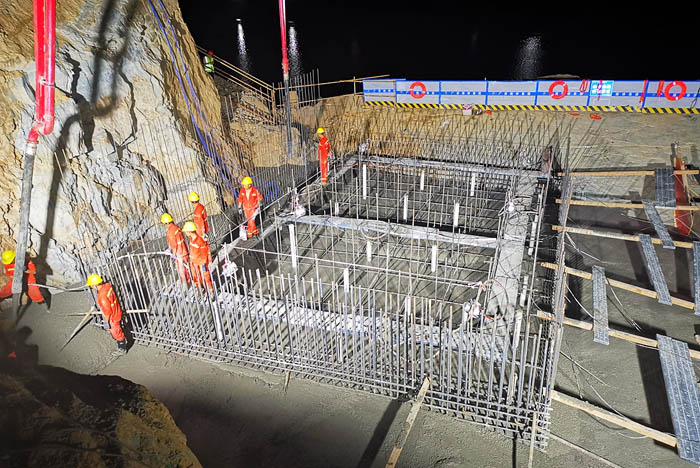