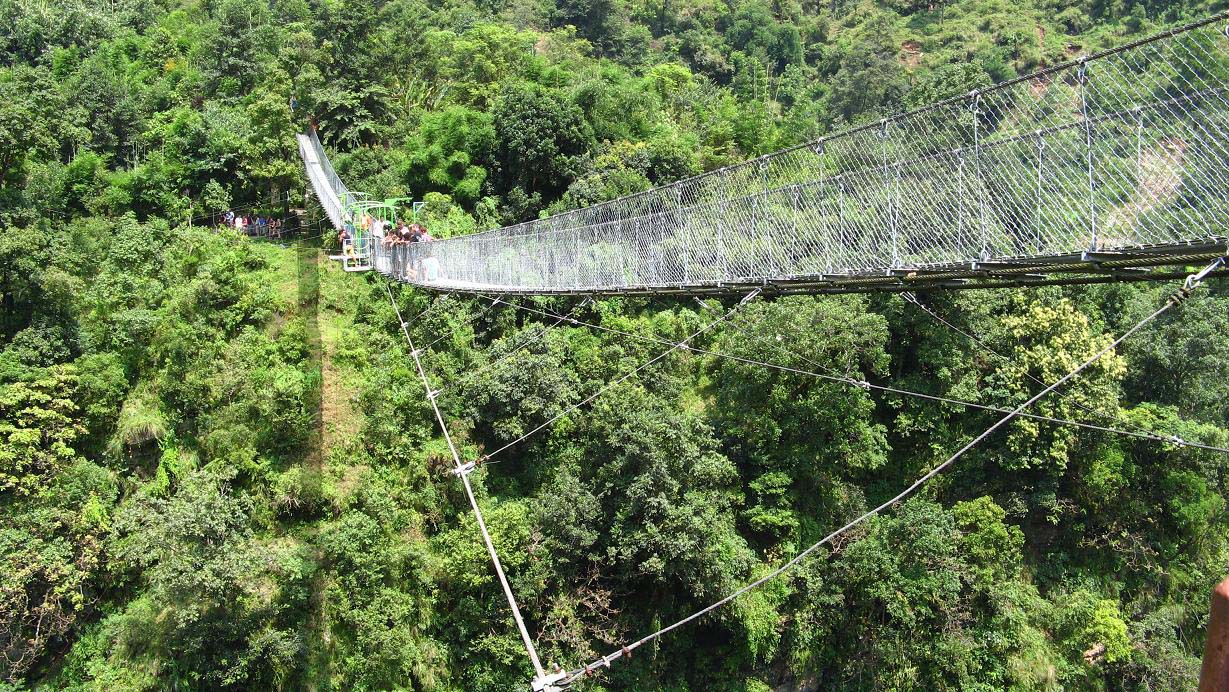 When it opened in 1999, the Bhote Kosi was the second highest suspension footbridge in the world after the Niouc bridge in Switzerland. In 2006 it moved into 3rd place when Japan’s Kokonoe "Yume" Otsurihashi bridge opened. Conceived from the start to be a bungee jumping bridge, the owners of Bhote Kosi scouted several locations in the region around Kathmandu, Nepal before they found the perfect site for their operation in the Dolakha region about 7.5 miles (12 kms) south of the Tibetan border in Northern Nepal.

Crossing 525 feet (160 mtrs) above the Bhote Kosi River, the narrow catenary walkway is suspended on 4 cables - 2 under the deck and 2 along the hand holds. Two additional wind stay cables keep it all solid. The 545 foot (166 mtr) long, Swiss designed span took 3 months to build.

In 2004, a canyon swing was introduced. Jumpers are attached to a cable that is connected to another cable crossing over the gorge. After leaping from the bridge platform, they free fall towards the river before the swing lines take up the tension and you enter a large, semicircular arc of about 787 feet (240 mtrs). The swing was designed by Swiss engineers and constructed by Radha Engineering of Nepal.

The bridge site is called The Last Resort and also encompasses hiking, rafting and mountain biking as well as overnight stays in a tent. The bridge is located approximately 35 miles northeast of Kathmandu, Nepal and requires a 5 hour round trip drive. For more information, visit their official web site at http://www.bungynepal.com/. 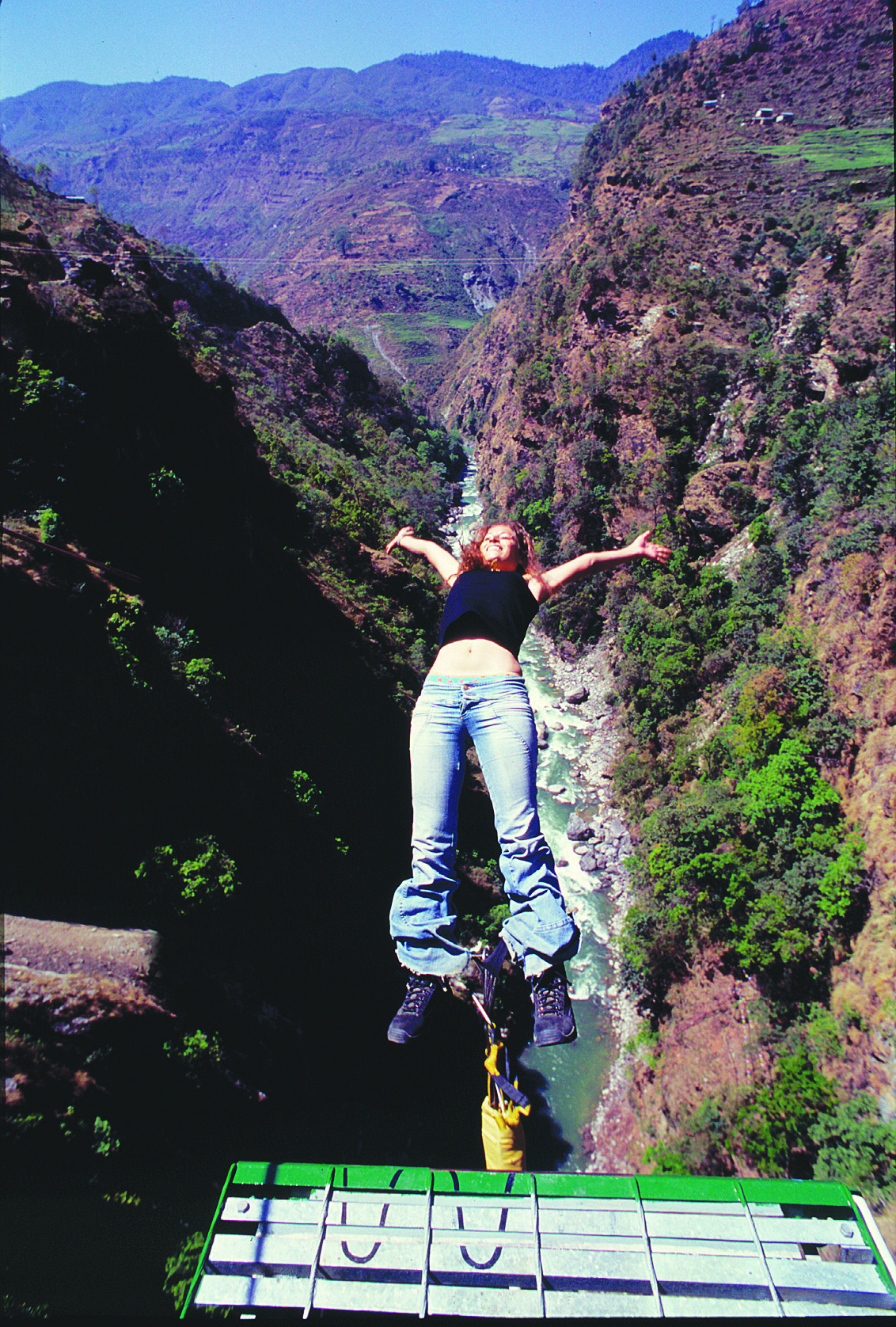 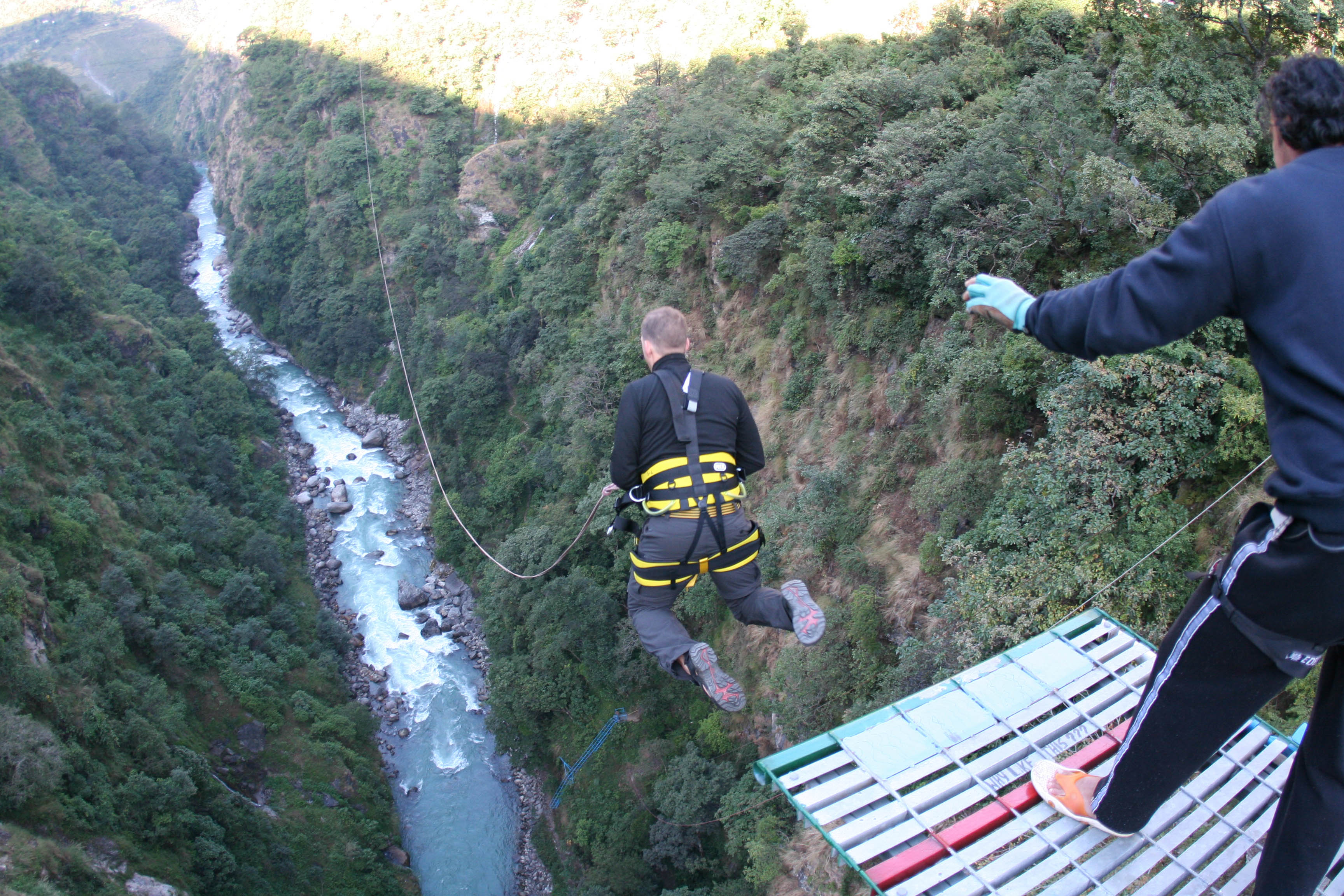 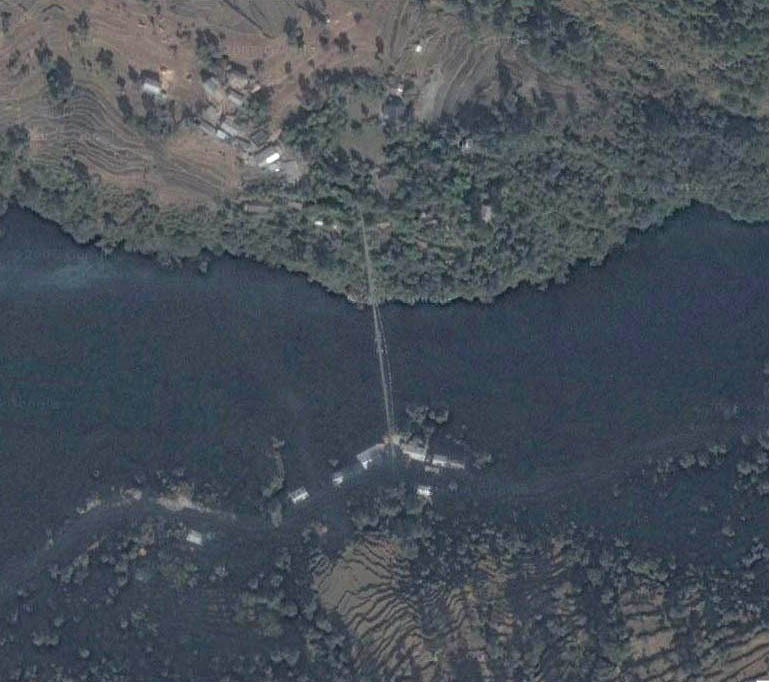 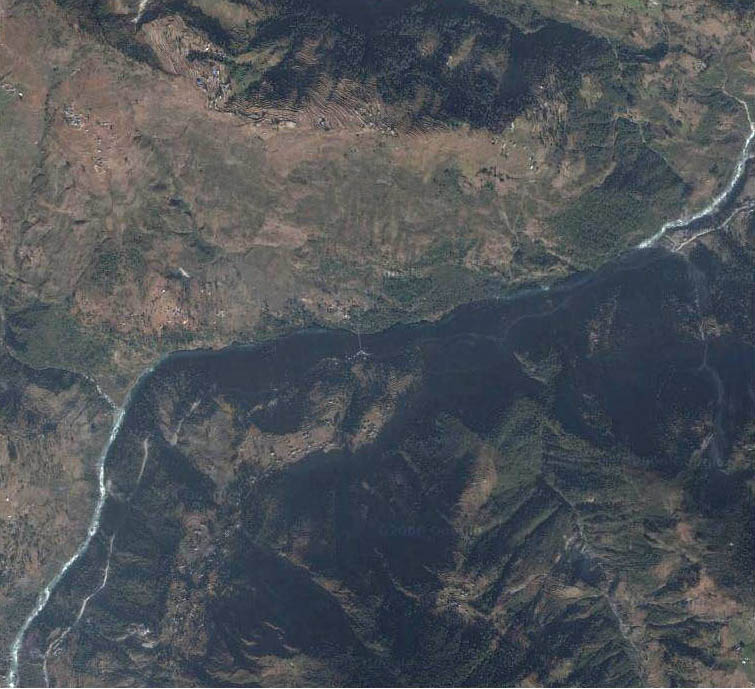 Bhote Kosi Footbridge satellite image. The bridge is barely visible in the center of the image.