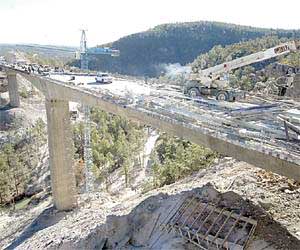 Puente La Pinta is one of 3 sister bridges on the east end of the new Durango-Mazatlán highway now under construction between Durango and Sinaloa states. Completed in 2008, the stretch between Durango and El Salto required three similar sized prestressed concrete beam bridges across 3 river gorges approximately 328 feet (100 mtrs) deep. Neverías was completed in 2005, Rio Chico in 2006 and Puente La Pinta in 2008.

The most difficult stretch of the highway to build will be between El Salto and Mazatlán where there will be 64 tunnels and 8 bridges that exceed 300 feet (90 mtrs) in height including Santa Lucia, Neverías, La Pinta, Chico, Botijas, Pueblo Nuevo and El Carrizo. Only China’s West Hurong and Italy’s A3 highways will have a greater collection of high bridges. The Baluarte River crossing will not only be the highest bridge in North America but the highest cable stayed bridge in the world. It will be the crown jewel of the greatest bridge and tunnel highway project ever undertaken in North America. 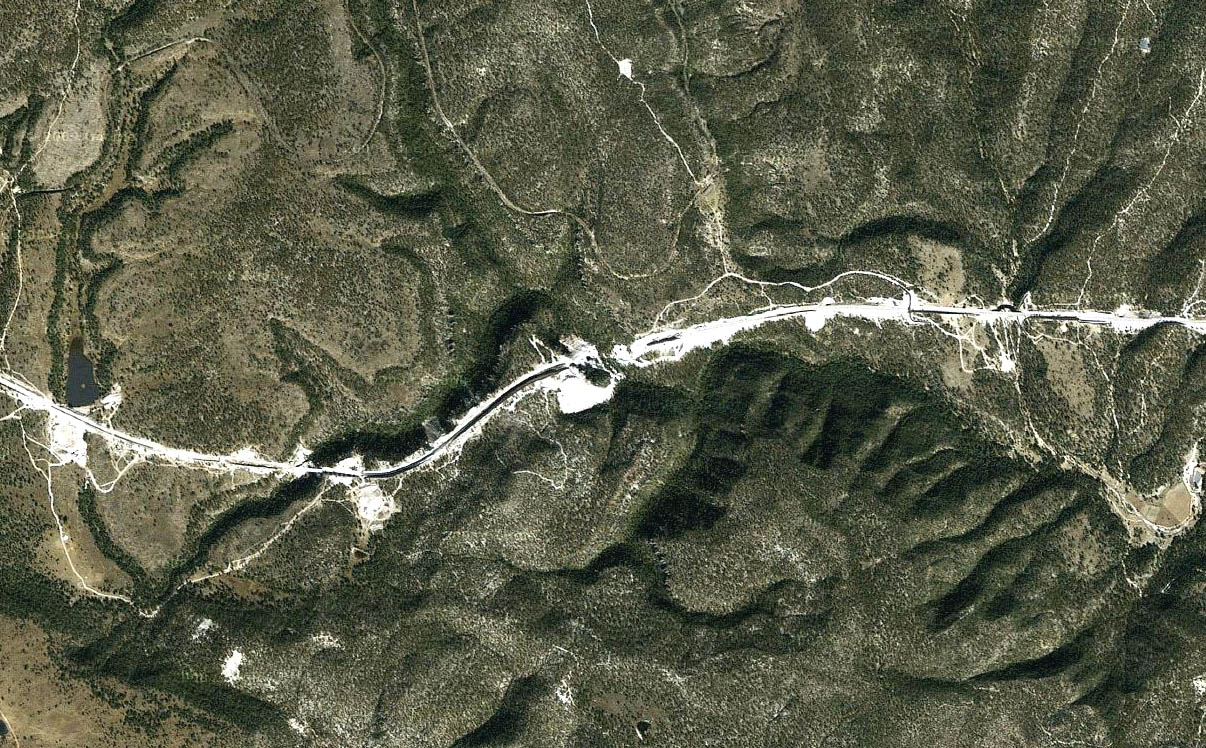 La Pinta Bridge satellite image taken just before bridge construction. Two other completed bridges can be seen to the east and west of the La Pinta crossing. 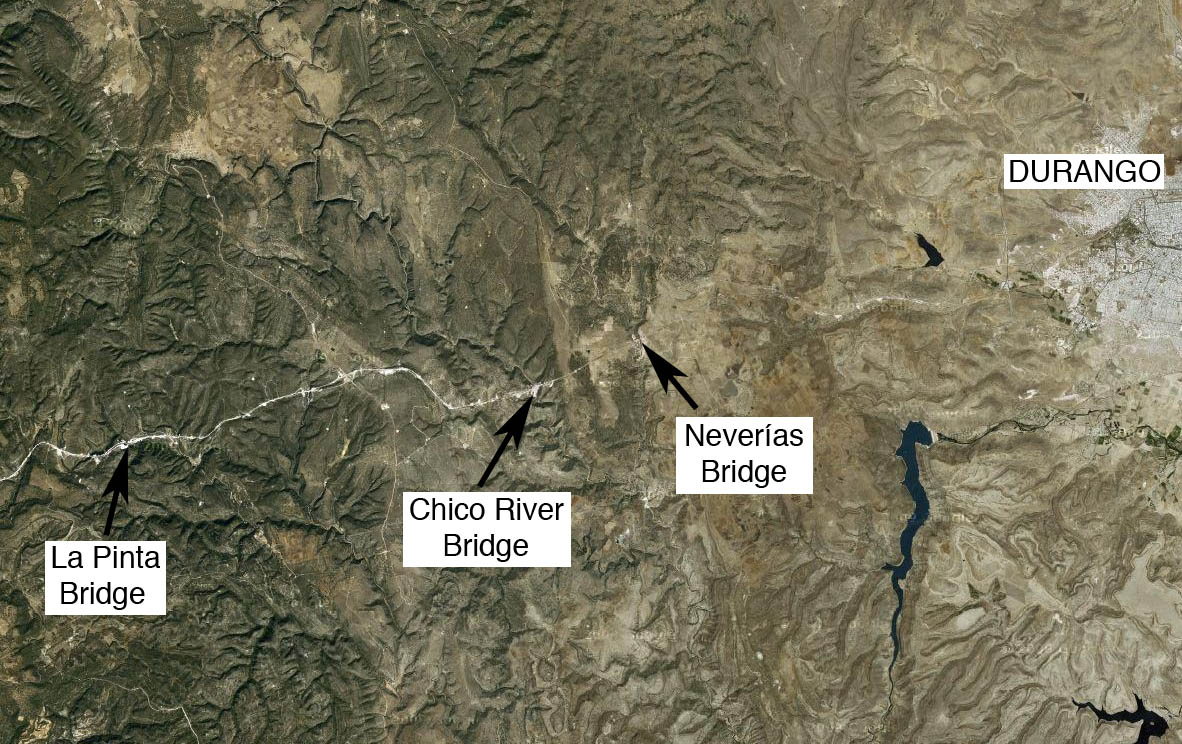 A satellite image showing the location of the 3 major high bridges between Durango and El Salto along the east end of the Durango-Mazatlán highway.