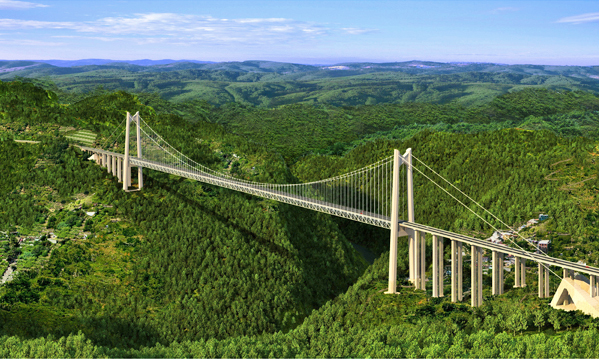 In 2016 Qingshuihe Bridge will surpass Balinghe Bridge as the highest and longest suspension span in Guizhou Province. The giant new crossing is part of the Guiweng expressway 贵瓮高速公路 that will connect the capital city of Guiyang with Weng'an. The 230 and 224 meter tall towers support a steel truss main span of 1,130 meters that ranks among the 20 longest spans on earth.

An alternate Qingshui River crossing several kilometers to the south was studied that would have had an even greater deck height but the main span would have been much smaller. The highway planners may well have decided to go with the northern route knowing their bridge could then become an even bigger and higher "sequel" to the famous Balinghe Bridge.

Qingshuihe Bridge is one of at least a dozen major suspension bridges that have opened in China since 2009 that have span lengths of approximately a kilometer or longer and deck heights of 200 to 500 meters.

An older Qingshuihe Bridge drawing showing the T-beam bridge approach on the west end that was redesigned as a series of simple 40 meter approach spans. 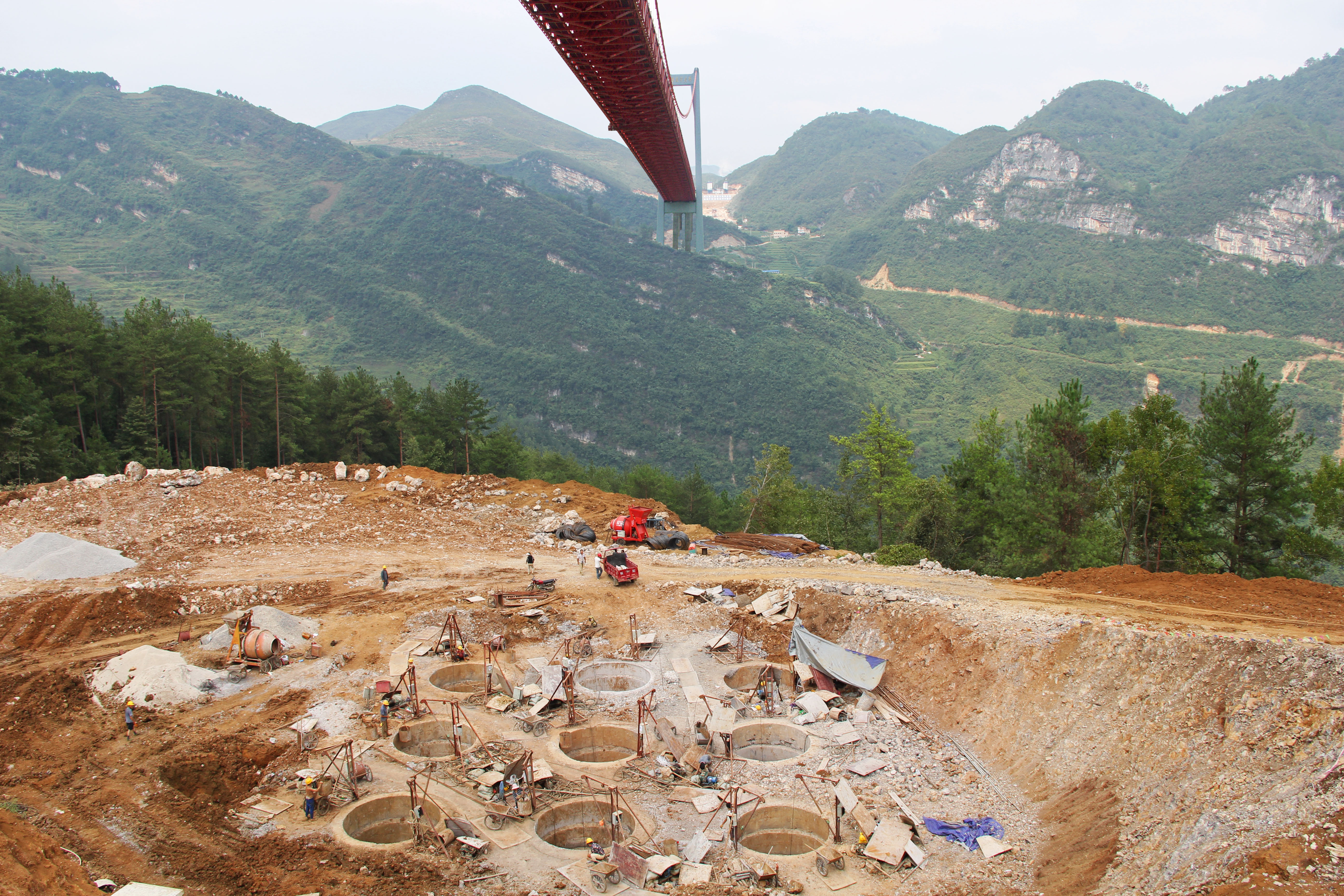 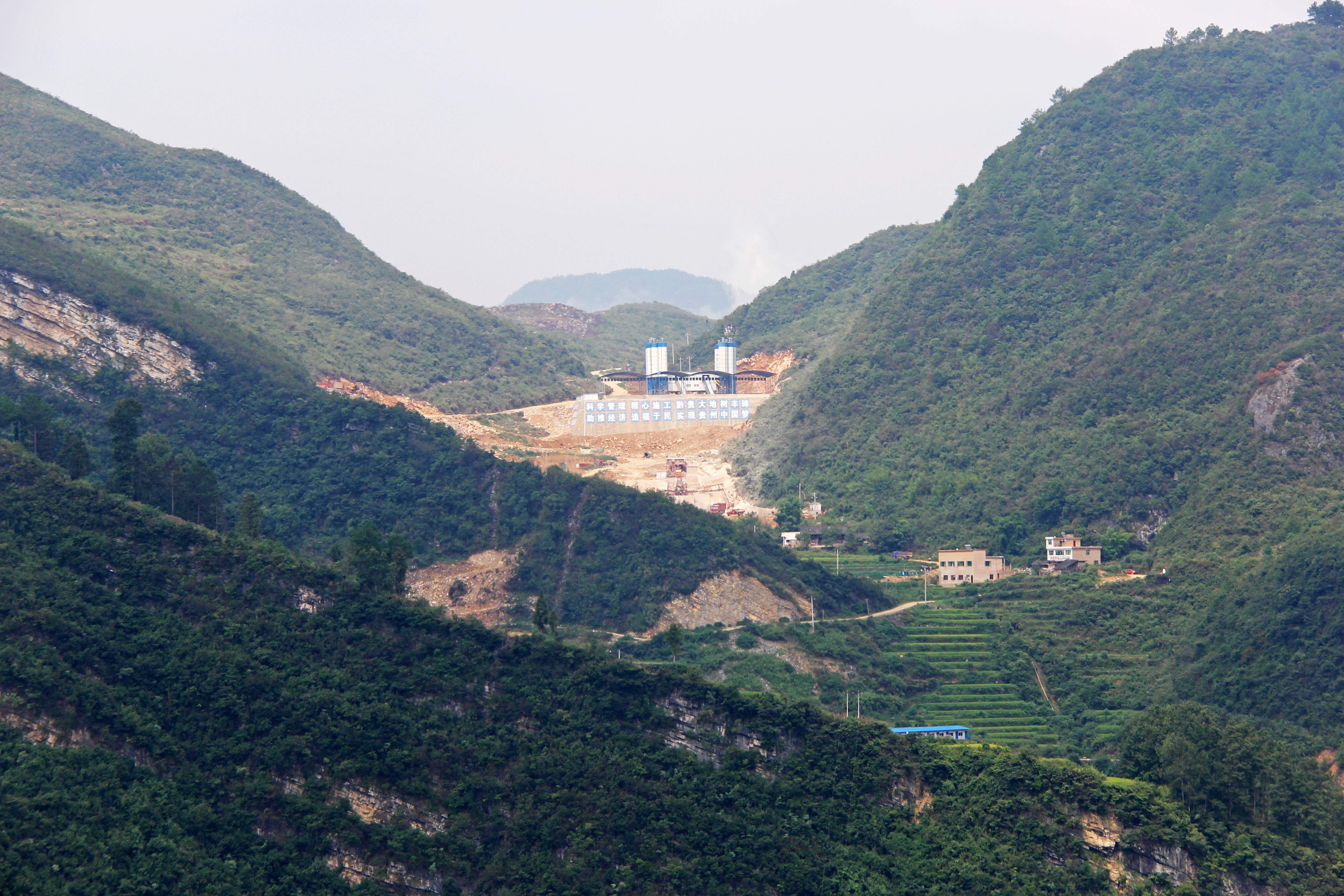 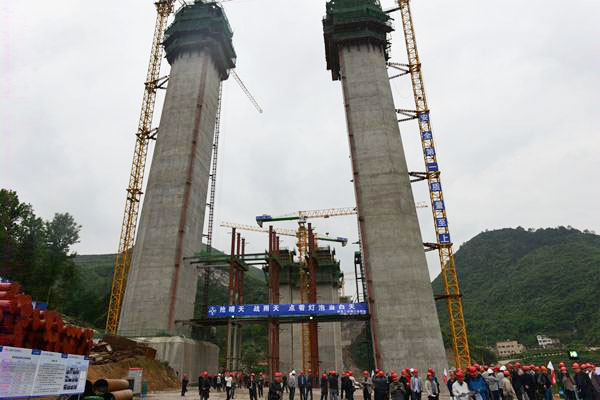 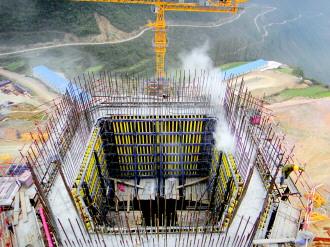 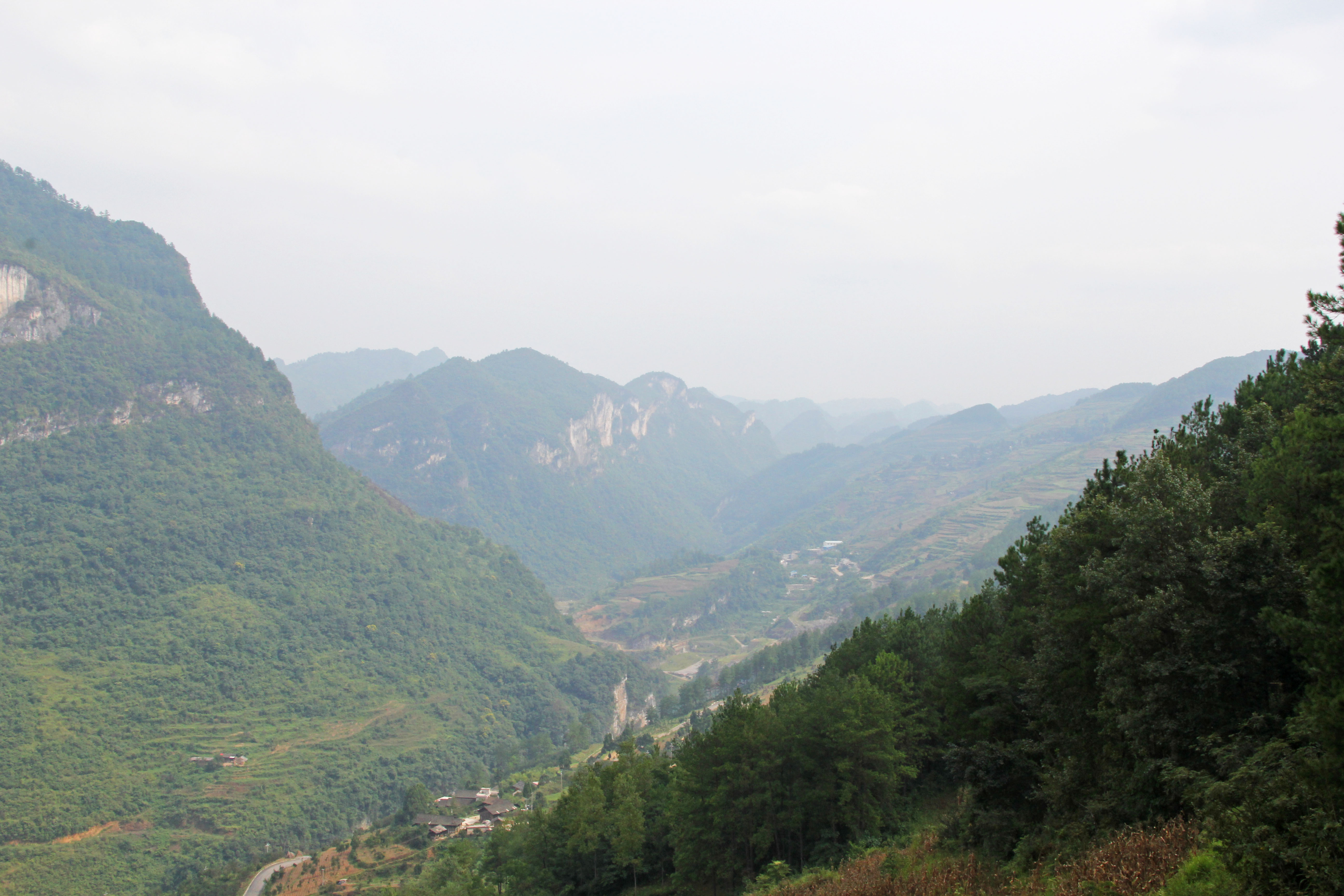 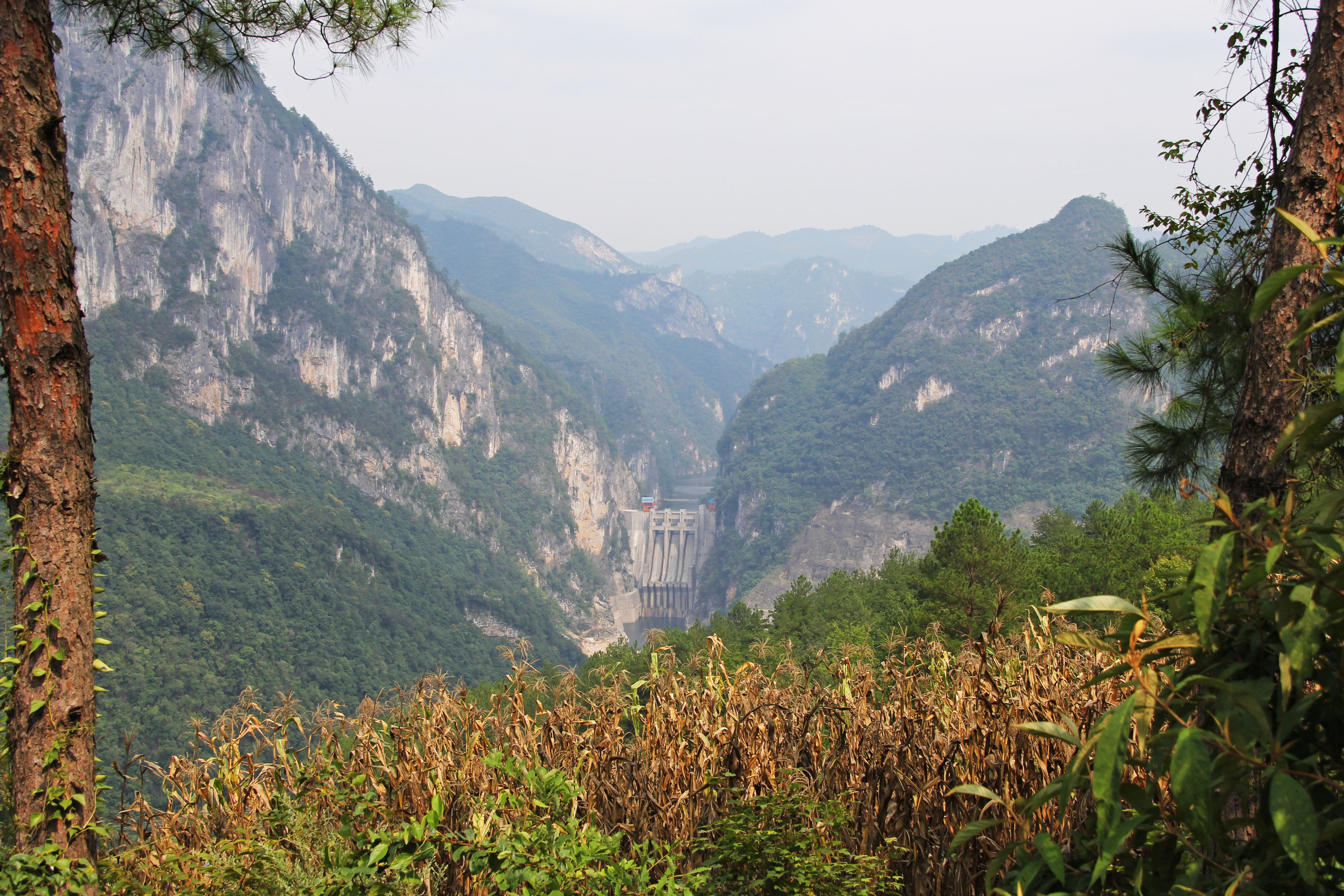 Qingshui Dam upstream of the crossing. An alternate route was studied for a suspension bridge across the reservoir just a kilometer upstream of this dam. Image by Eric Sakowski / HighestBridges.com 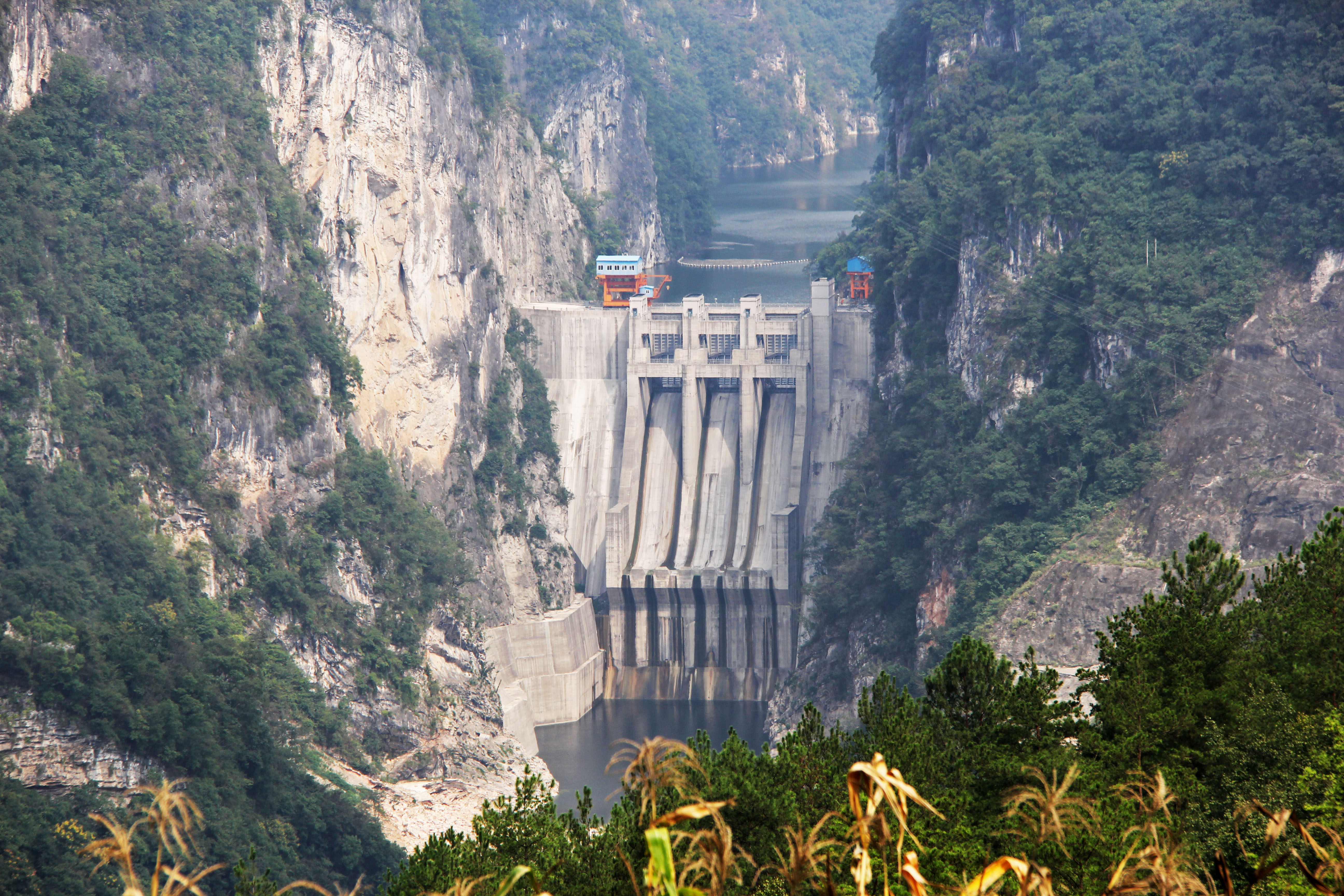 The canyon is tighter at this location with steeper slopes and higher cliffs. Image by Eric Sakowski / HighestBridges.com 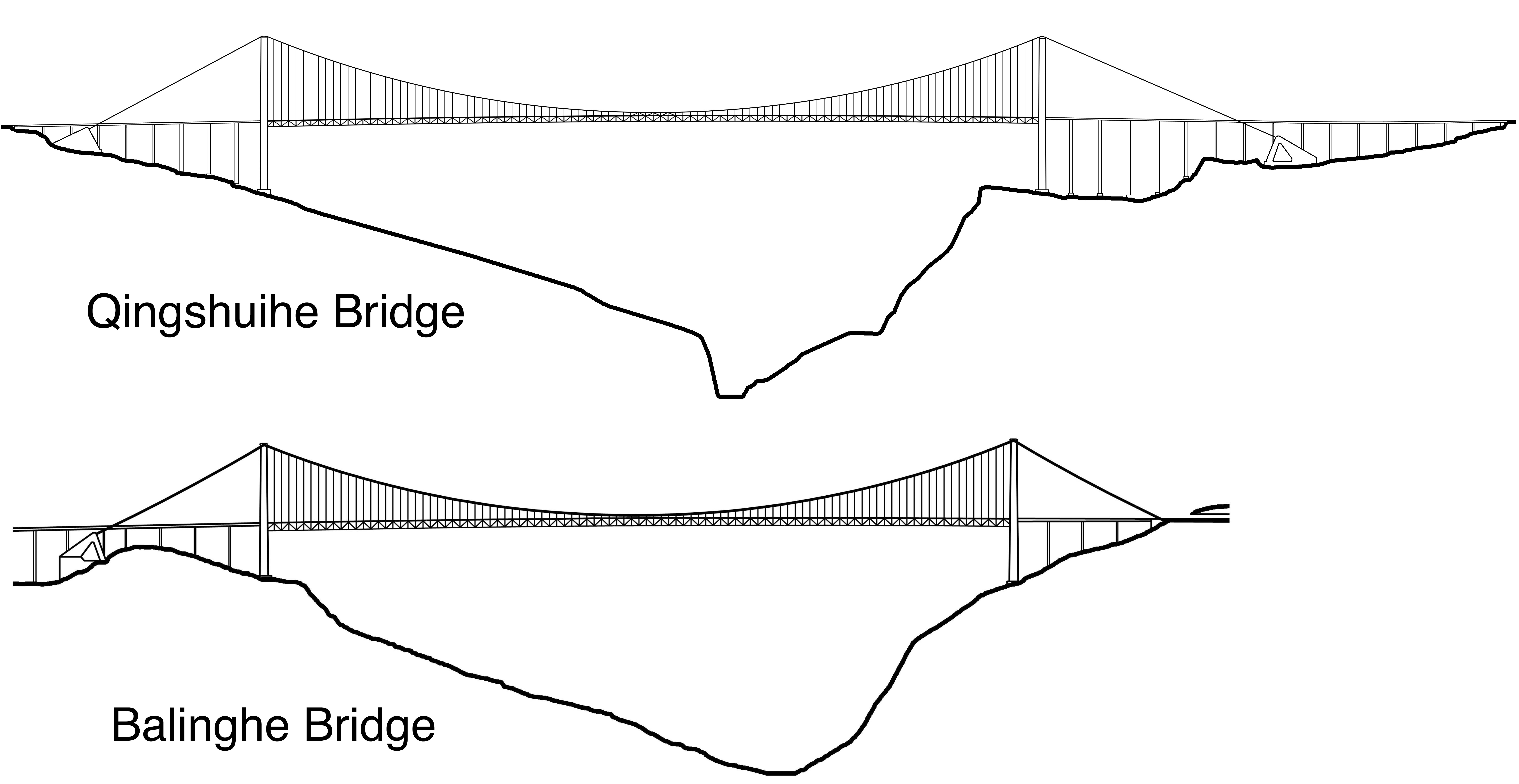 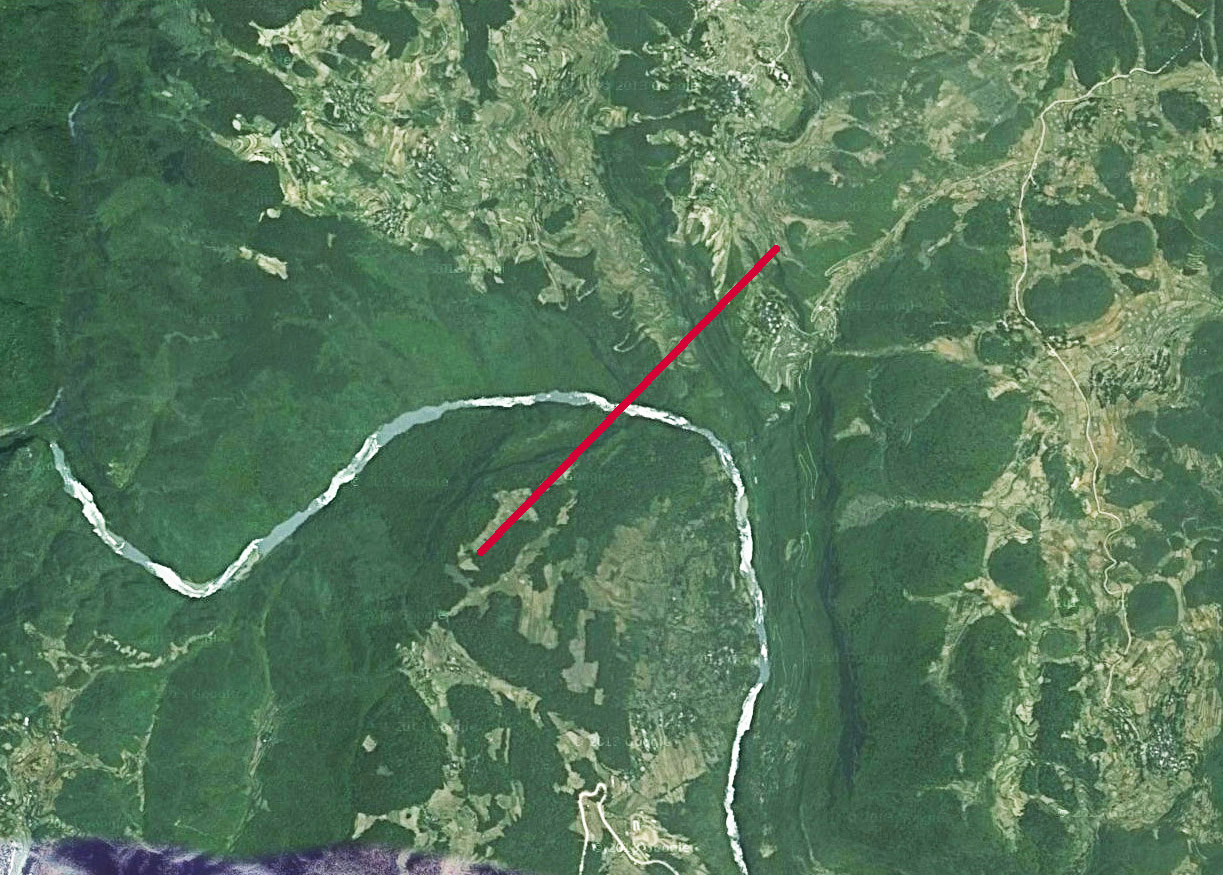 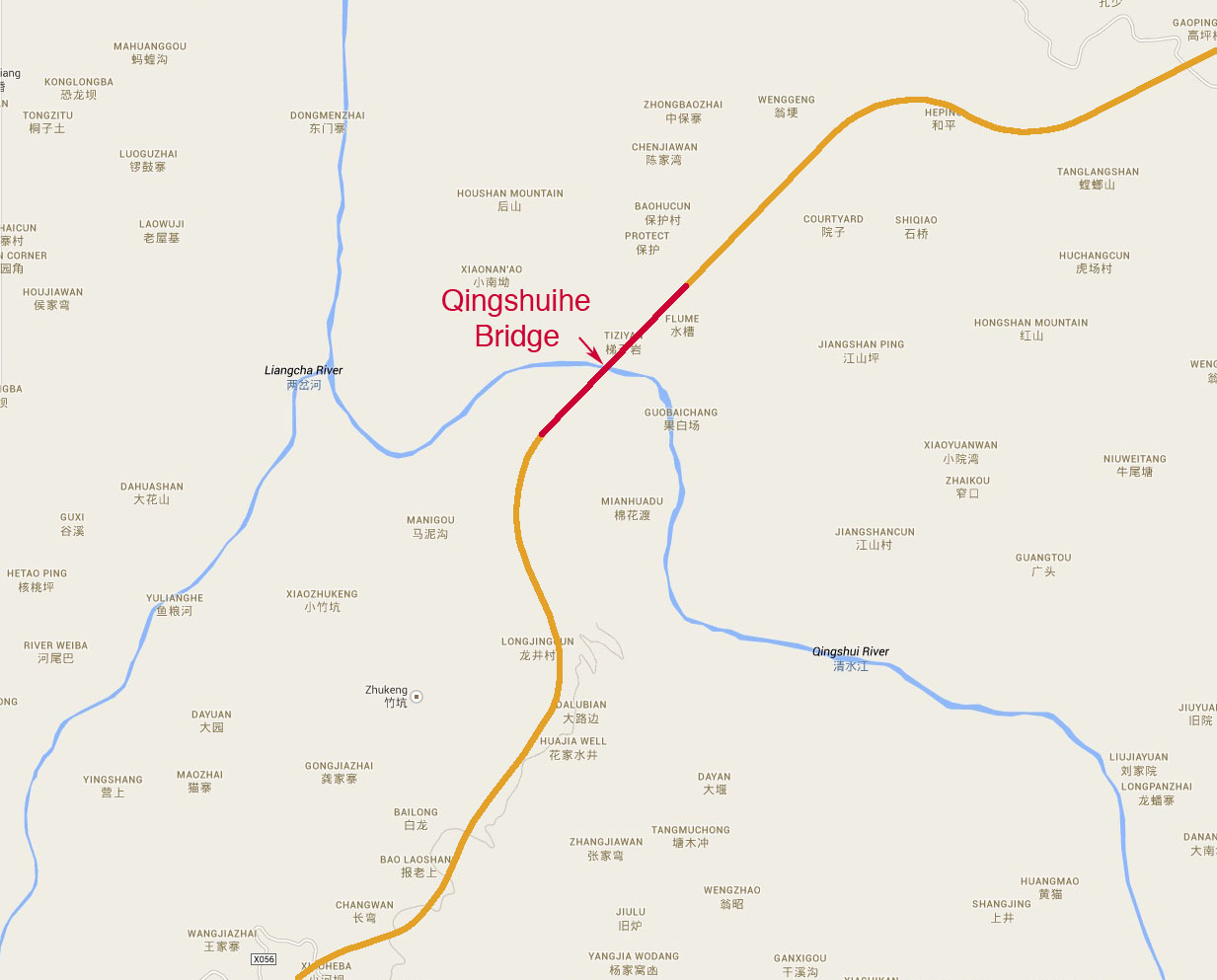 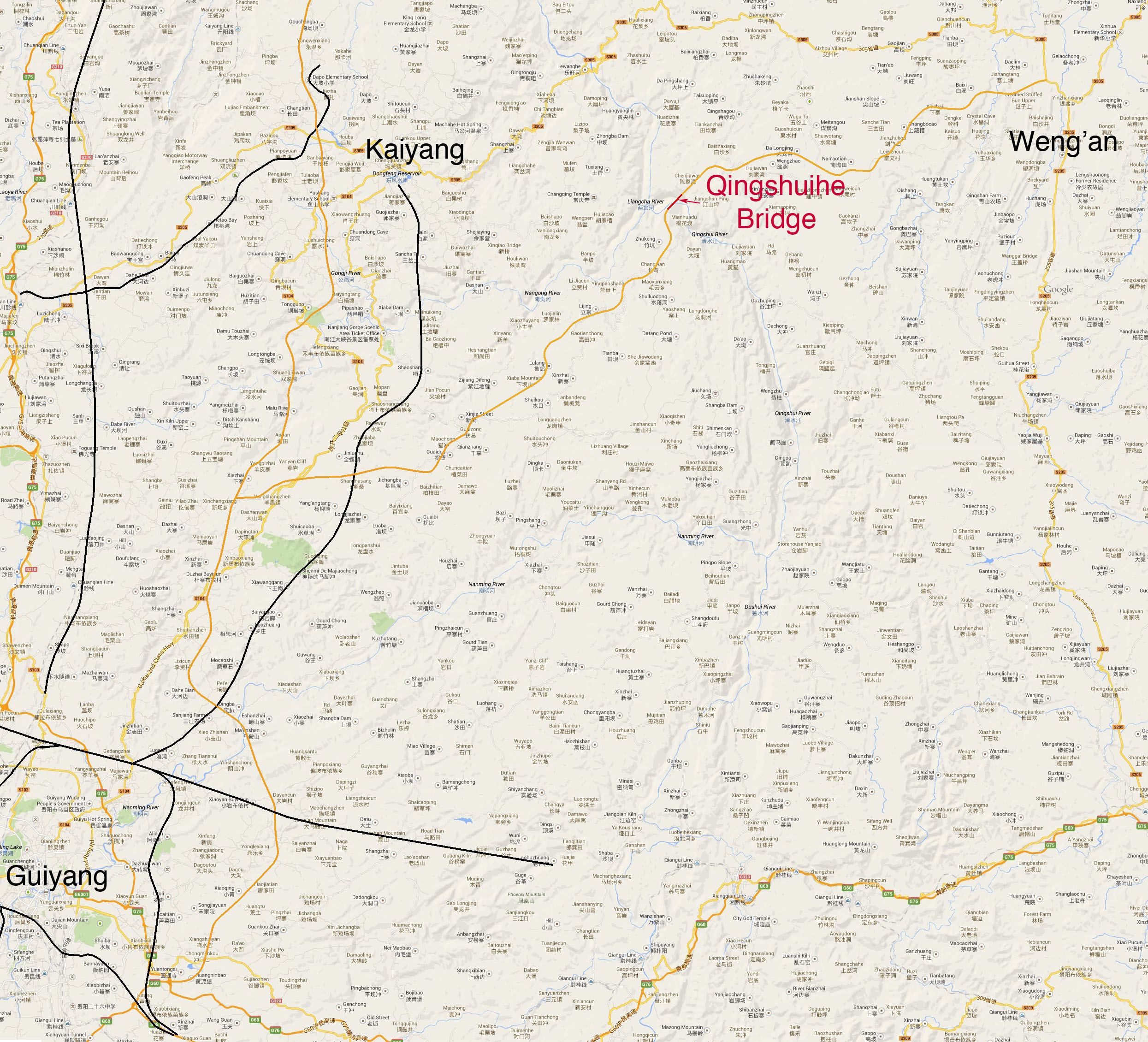