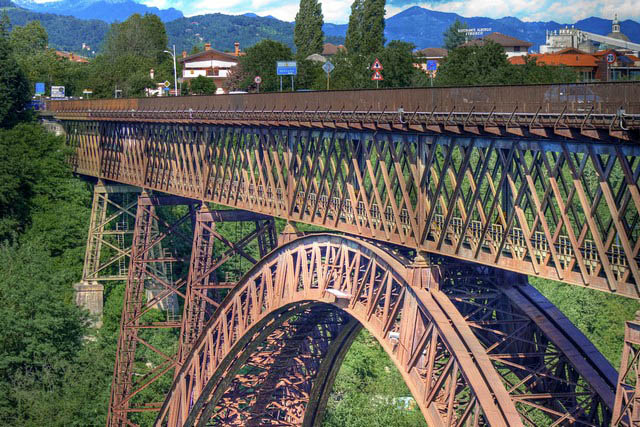 Completed in 1889, the Ferrovia Ponte San Michele di Paderno d'Adda is Italy's longest and most famous railway crossing. The 266 meter long structure has a central riveted truss arch of 150 meters that weighs 1,320 tons. The lattice truss deck consists of eight spans of 33 meters weighing 950 tons. Designed by Swiss engineer Jules Röthlisberger, the bottom level has one line of rail while the upper deck carries a one-lane road 5 meters wide with two pedestrian paths on either side. The signature profile of the bridge comes from the parabolic shape of the two arches that also diminish in size toward the crown. The supporting foundations are made from hundreds of tons of Moltrasio stone and Baveno granite.

In 2019 a rehabilitation project restored the bridge to its former glory so that it may last for at least another century.

Plans have been made for a newer, parallel concrete San Michele di Paderno d'Adda bypass railway bridge with a main span of 256 meters just downstream of the old bridge. If built this would become the largest arch bridge span in Italy. It is unclear if this project will ever go forward.

Image by Eugenio A. Merzagora. 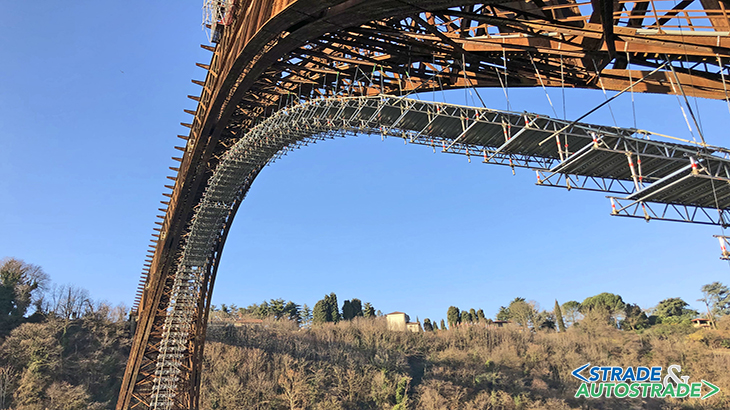 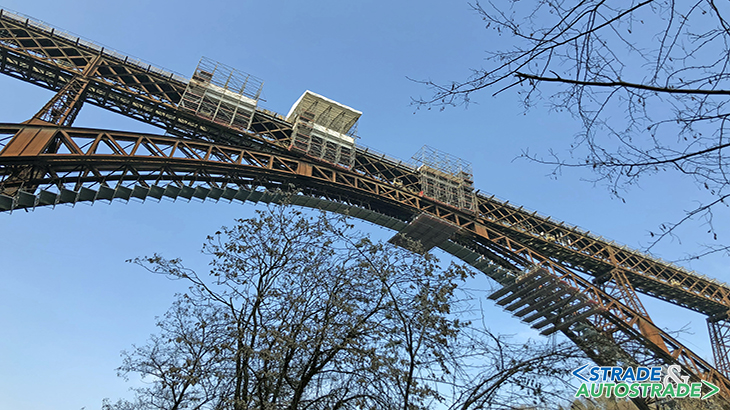 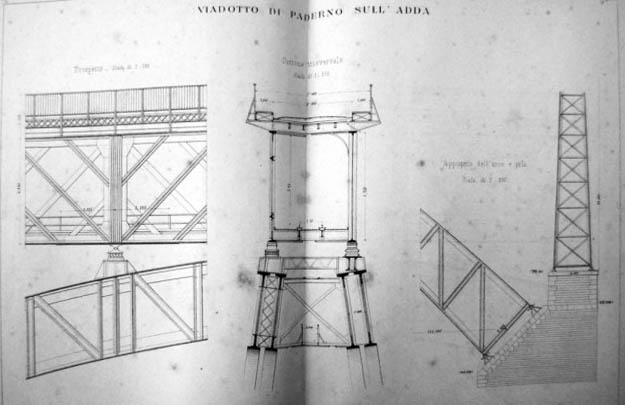 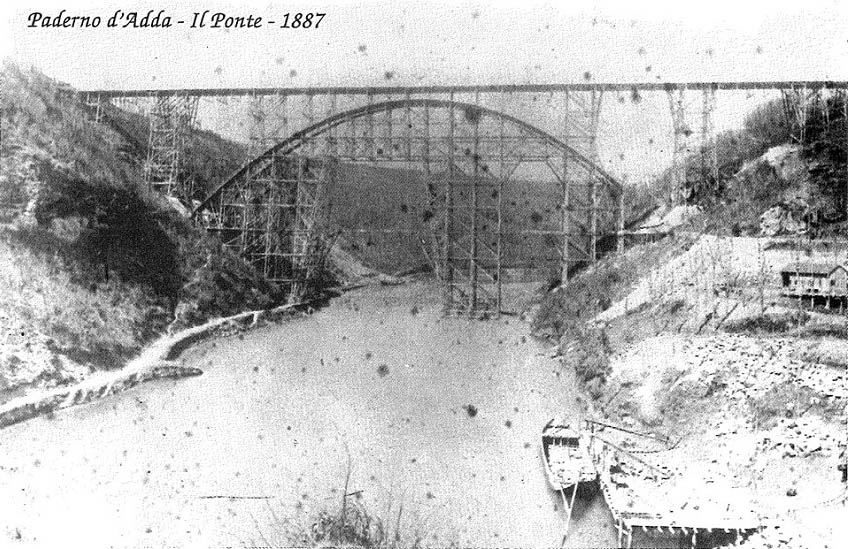 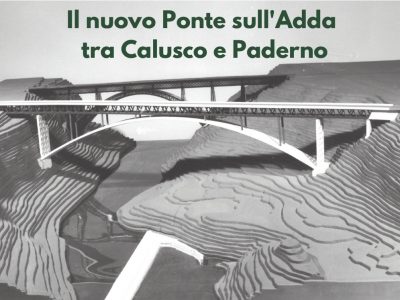