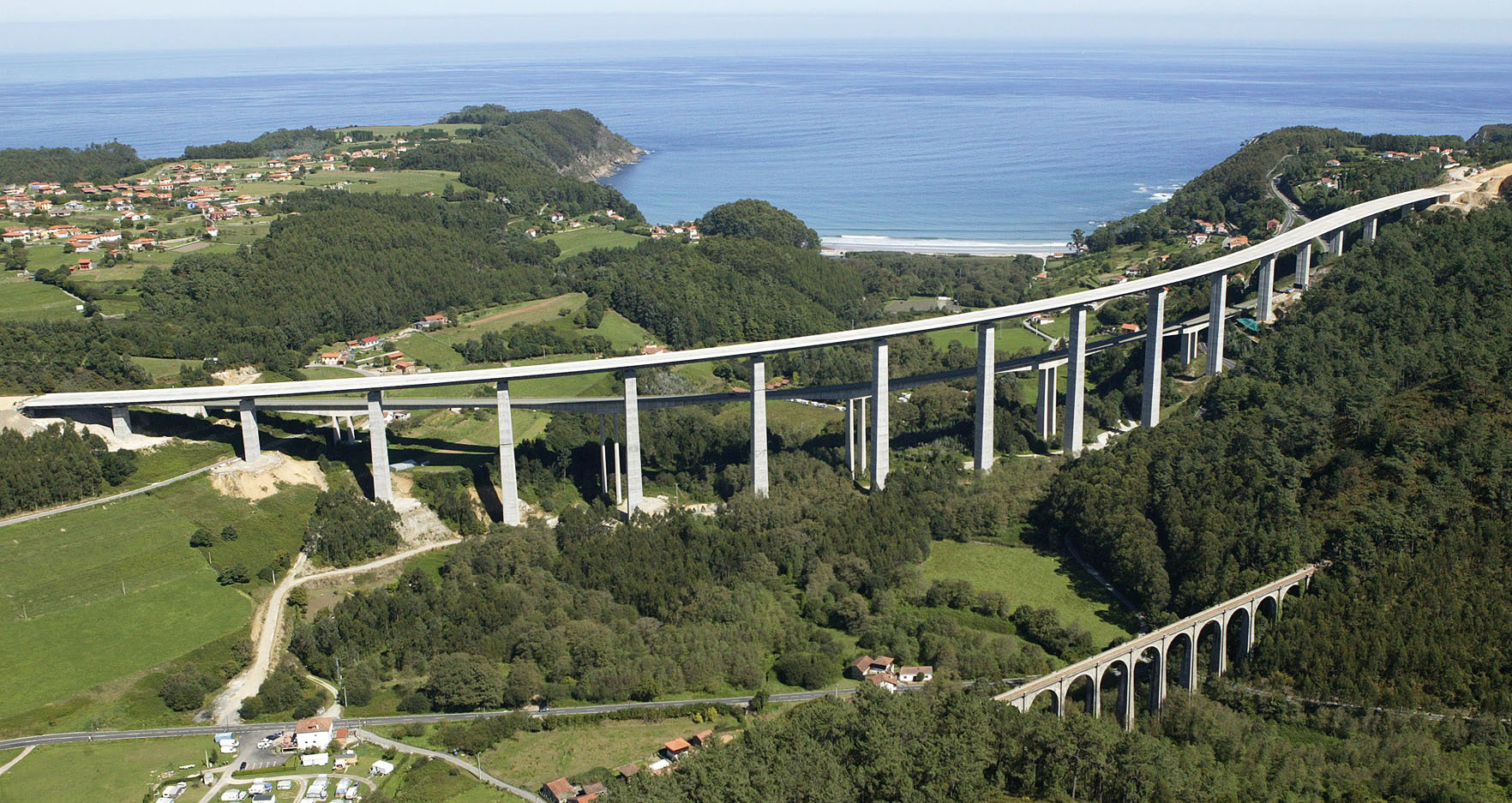 The Concha de Artedo Viaduct is the highest bridge on Spain’s A8 Autovía del Cantábrico. Skirting along the coastline of Asturias in Northern Spain, the A8 is one of Spain’s most beautiful highways with spectacular views of the Atlantic Ocean. Although the A6 gets all the attention when it comes to high Spanish bridges, the A8 has amassed a nice collection of its own with such monsters as the Canero, San Pedro/Rio Esqueiro, Río España and La Regenta bridges. All are at least 295 feet (90 mtrs) high.

The Artedo valley is a very busy place with the new Artedo Viaduct towering approximately 131 feet (40 mtrs) above the older, 1995-built 230 foot (70 mtr) high Artedo Viaduct which still carries route N-632 across several spans of 150 meters. The two parallel viaducts are a contrast in styles with the straight lines and close piers of the new viaduct forming an imposing backdrop to the long and curvy spans of the lower bridge. The tallest pier is 102 meters from top of foundation to the bearings and supports a deck 22.8 meters wide. The piers were built with a climbing formwork.

The deck was built with precast segments 2.2 meters long and 10.7 meters wide. The box segments were erected by the balanced cantilever method with the help of an overhead self-launching girder at a rate or 3 weeks per span. After the span was completed the deck was widened to the full 22.8 meter width by self-traveling scaffolding. The main spans vary in length from 68.5, 71.8 and 75 meters with the side spans measuring 47 and 45.7 meters.

The design was by Jose I Gonzalez Esteban and Rafael Jimenez Aguilar and constructed by FCC Construcción Spain. 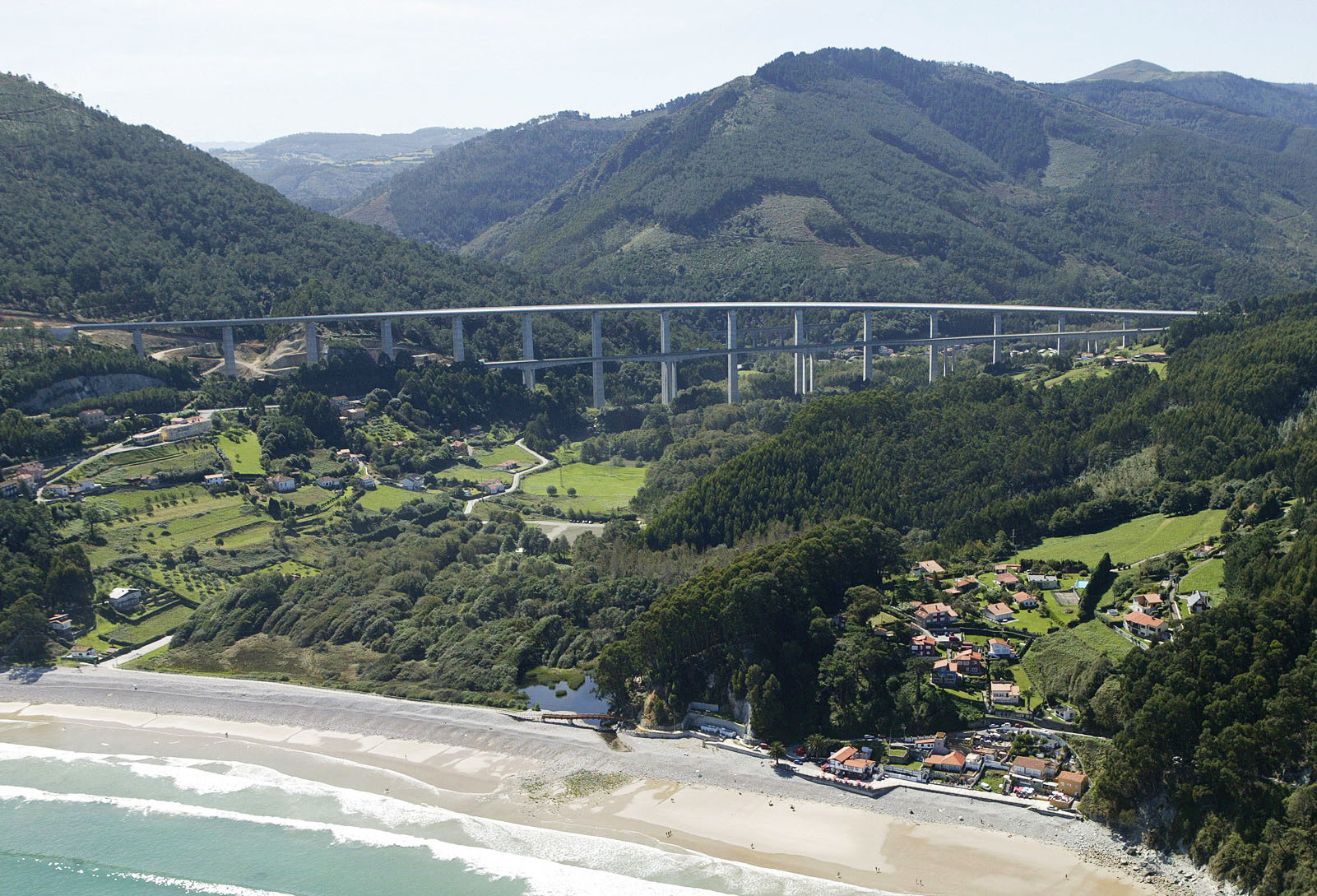 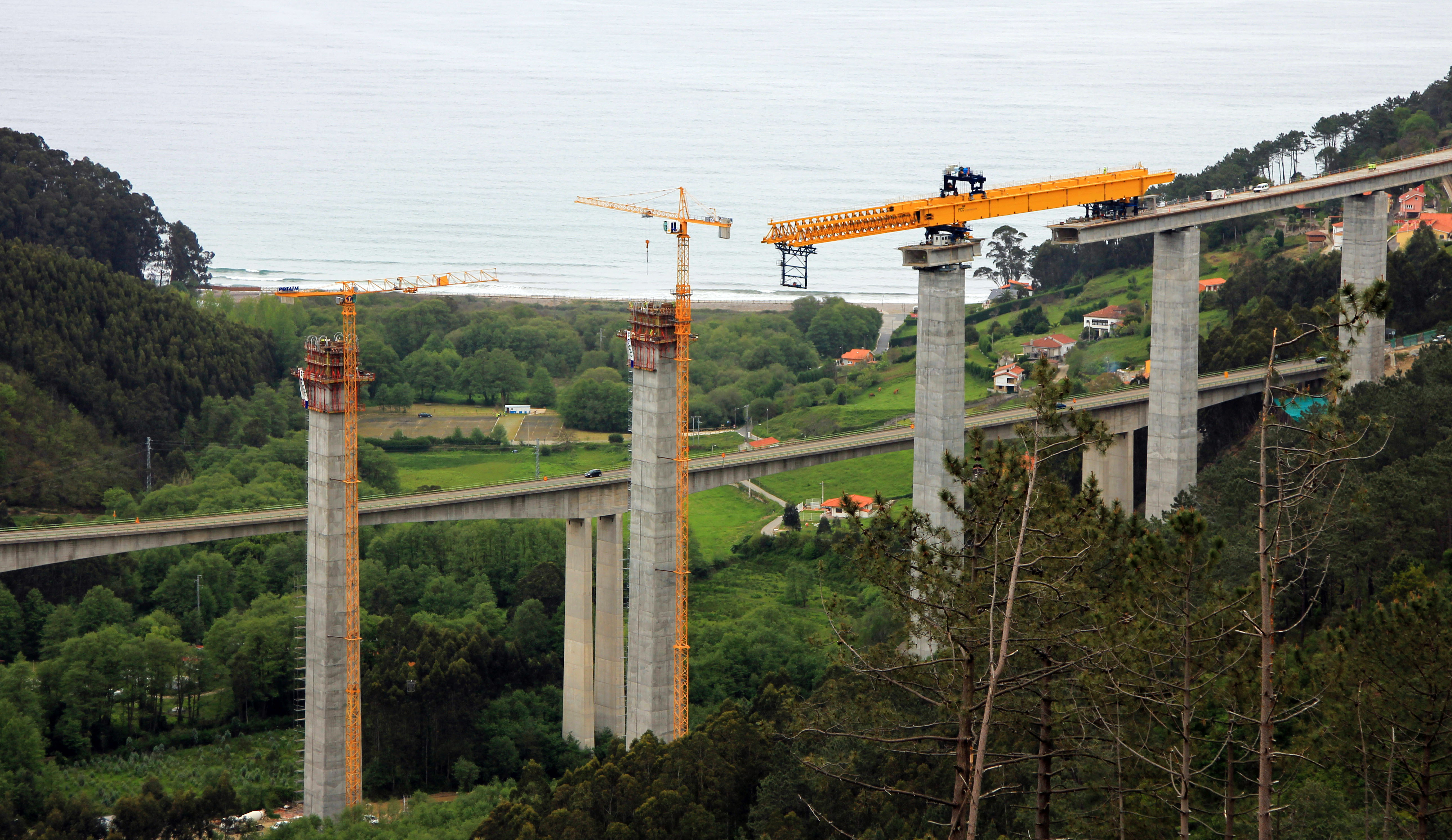 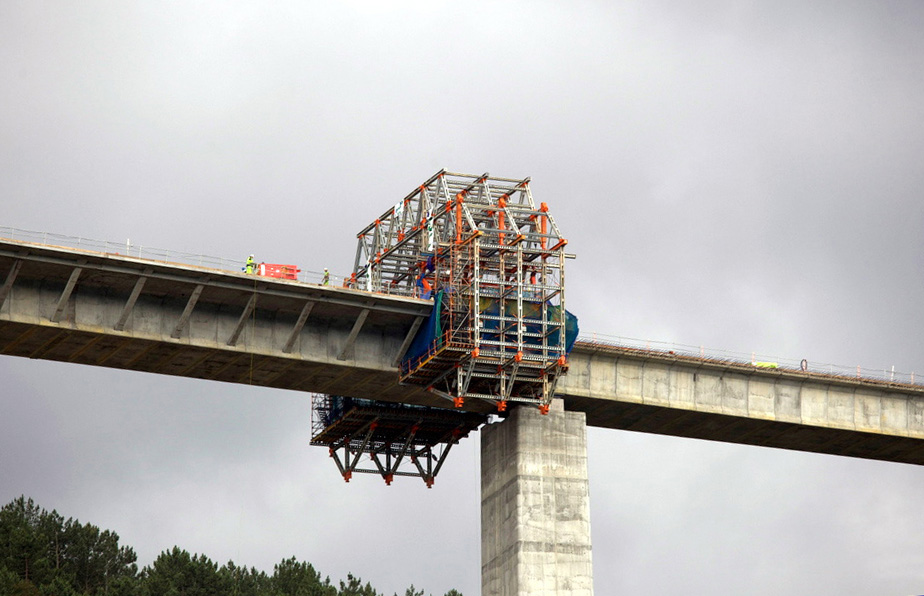 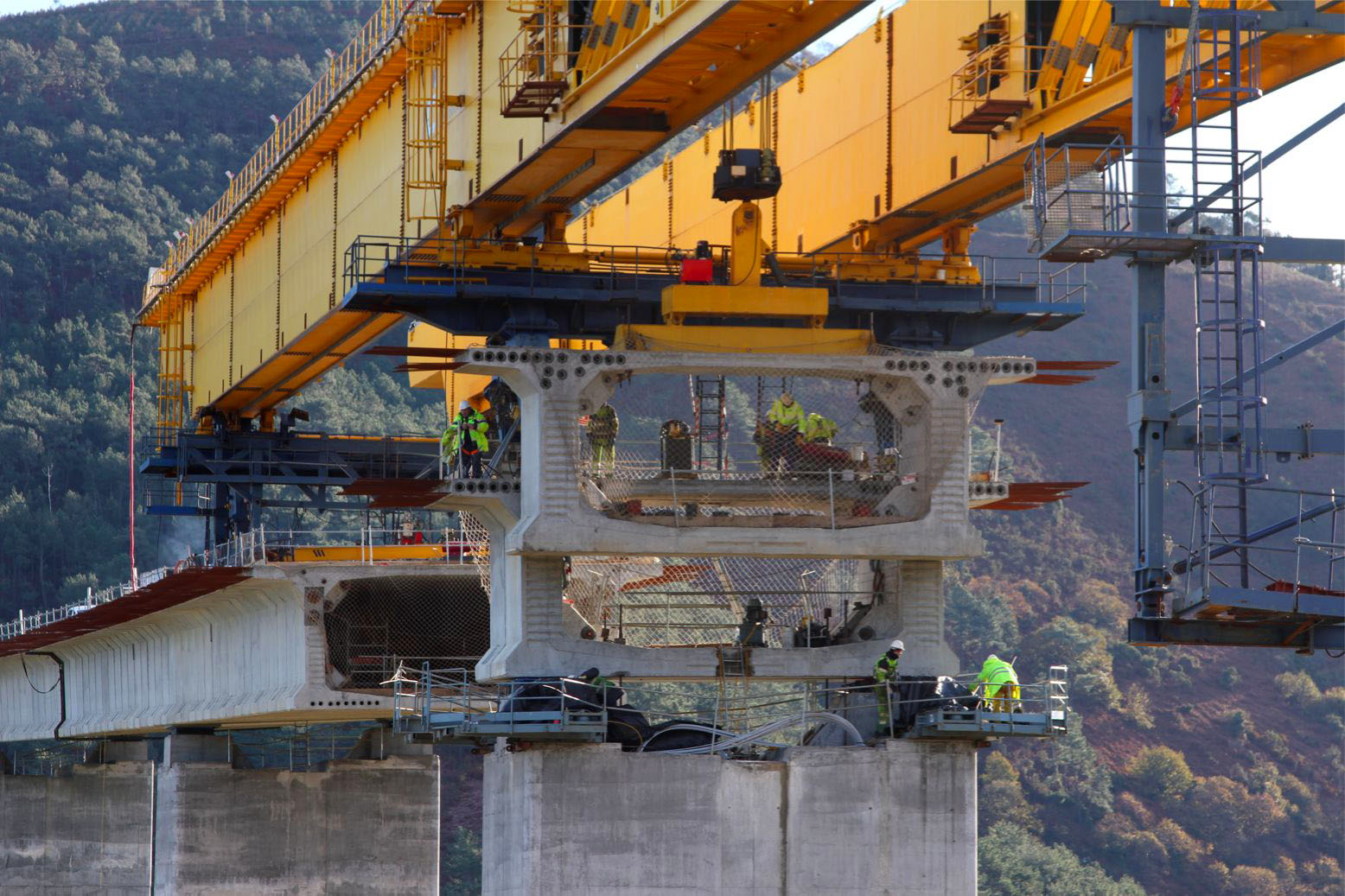 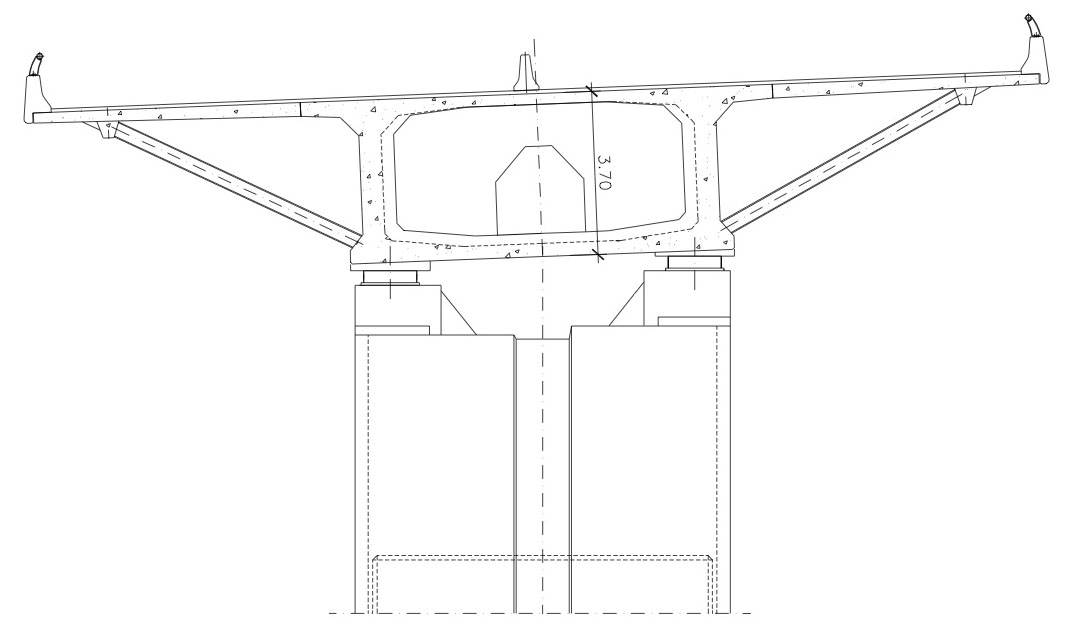 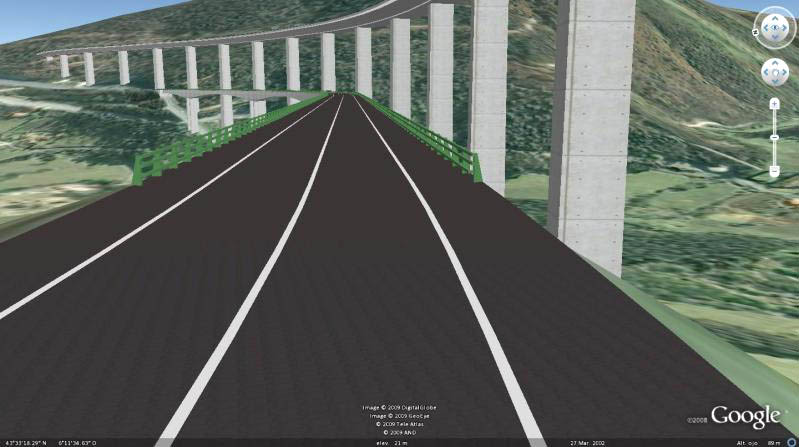 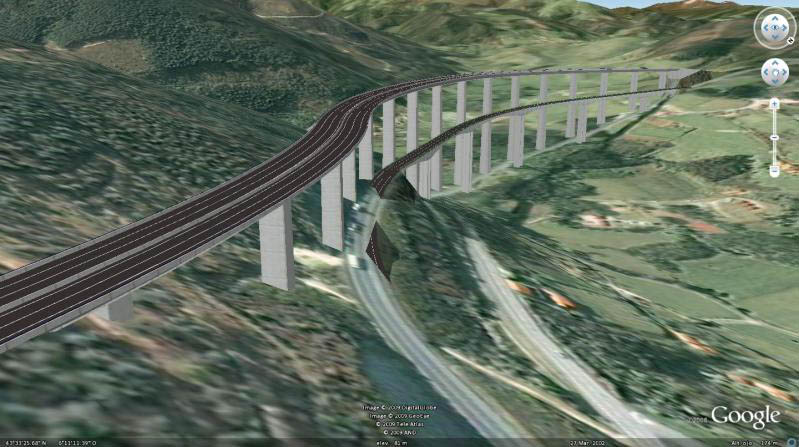 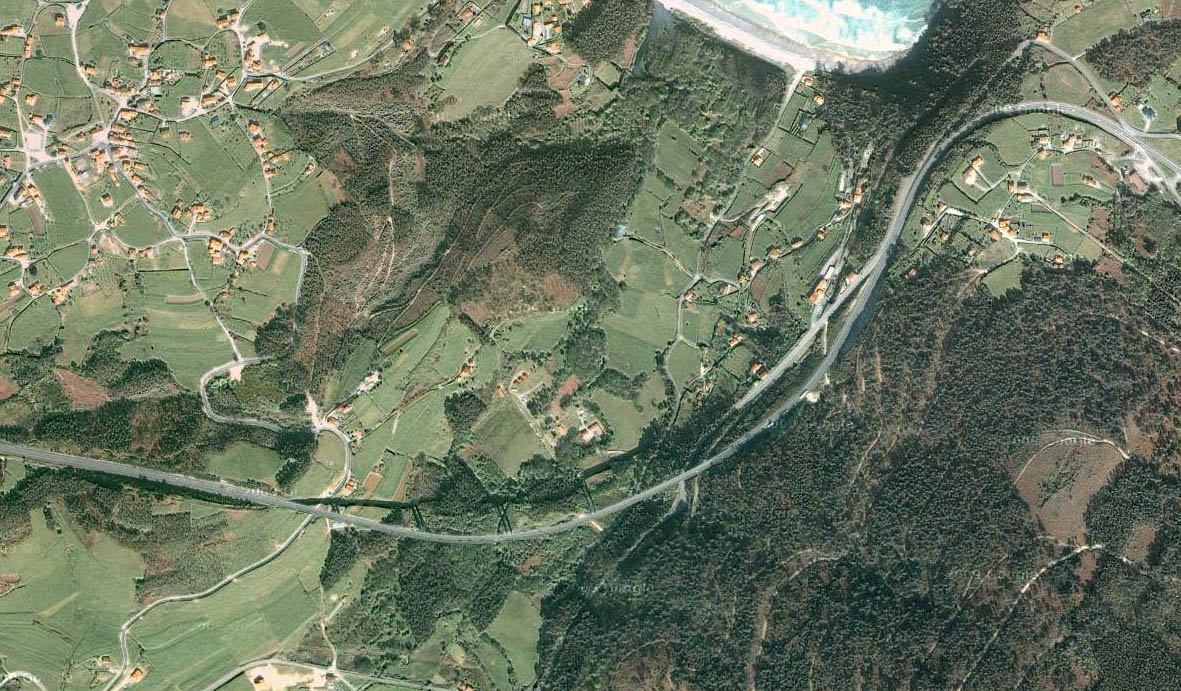 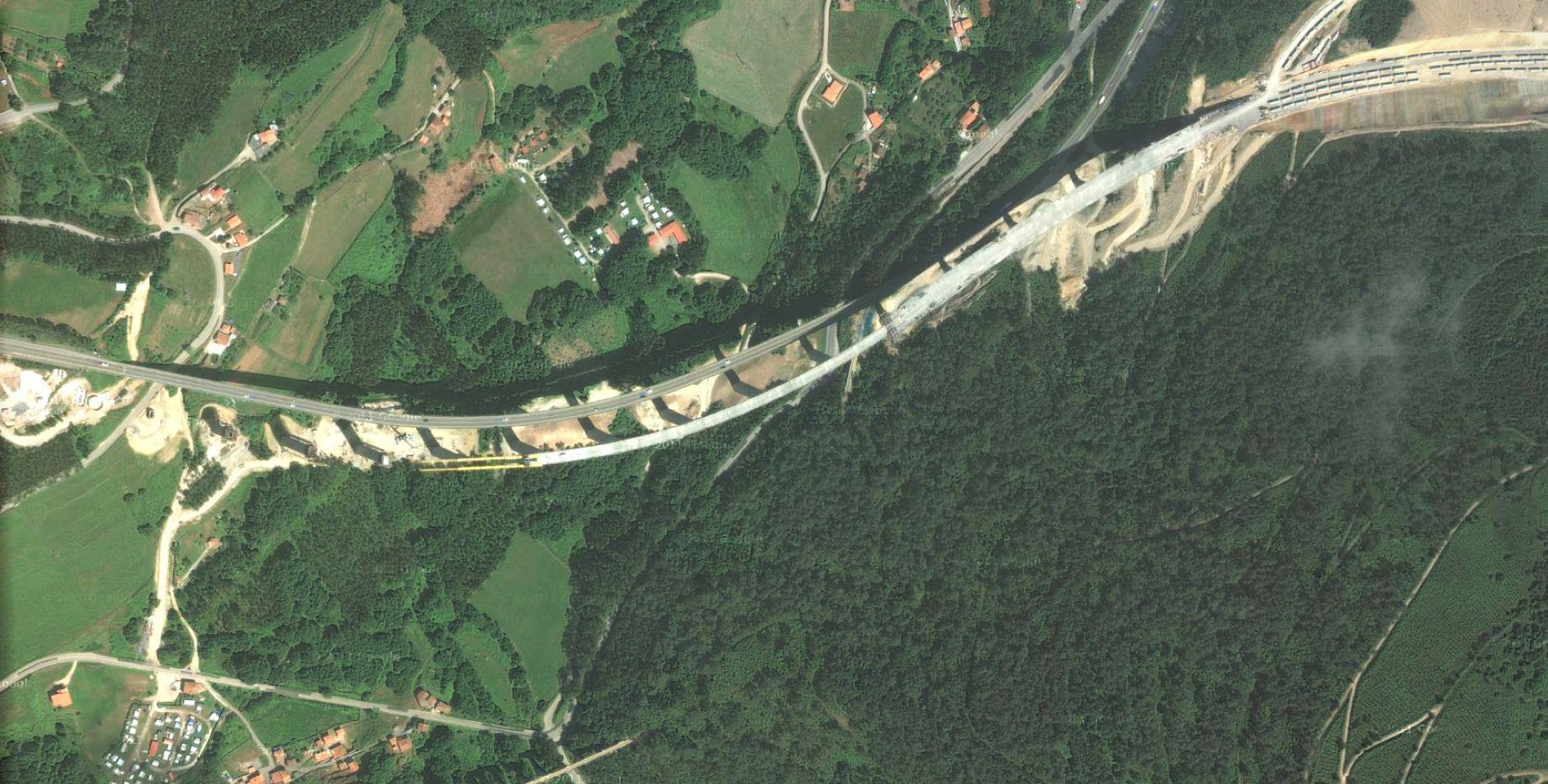