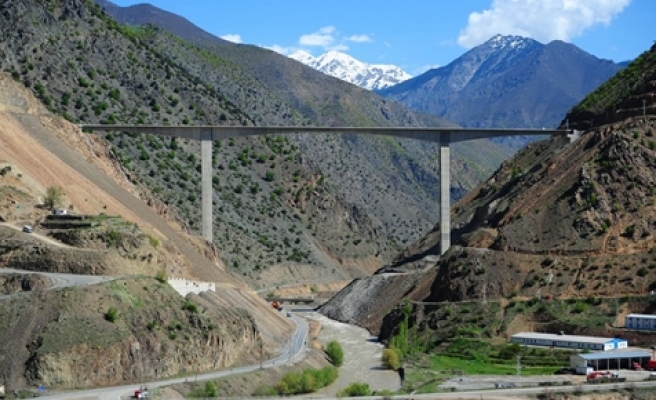 Begendik Bridge is Turkey's highest and longest span beam bridge. Completed in 2019, the 2-lane beam span had an interesting construction history as it became one of the few known concrete balanced cantilever bridges to ever collapse during construction.

The north side was nearly completed in December of 2017 with just the final segment needed to attach the beam to the land foundation when fully one half of the 100 meter long back span broke off and fell to the ground. Amazingly the pier did not overturn and collapse into the river gorge despite the unbalanced nature of the still remaining 100 meter long river span.

The 50 meter collapsed section represented one eighth of the entire bridge. Around 3 months later in March of 2018 the rest of the remaining north bridge structure was imploded and in April work began in earnest on the south side of the bridge.

It was almost as if the bridge managers said, "Things did not go so well on the north half of the bridge so we will try to get it right now on the south side". There was no year long shut down while an inquiry took place. No firing and rehiring of the construction company.

To be fair the Begendik collapse was not at all like the major steel beam box collapses of the 1970s in Germany, England and Australia where significant design errors led to industry-wide changes that forever altered the future of beam bridge design.

More likely the improper adjustment of the internal tendons or poor casting of one of the segments of the Begendik Bridge was the culprit and required little investigation but few details have been released to the media.

The most historically significant concrete beam span failure was the 1996 Koror–Babelthuap Bridge collapse in Palau. To this date there is still no absolute consensus on the cause of that collapse. 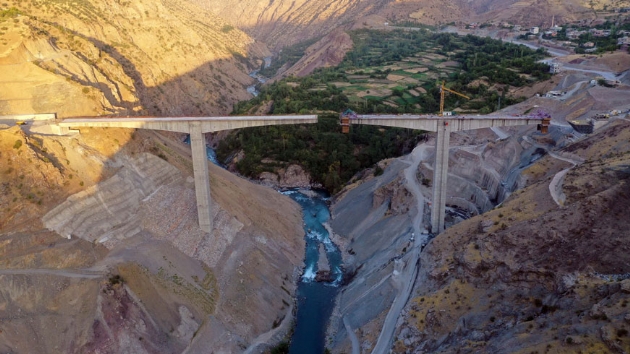 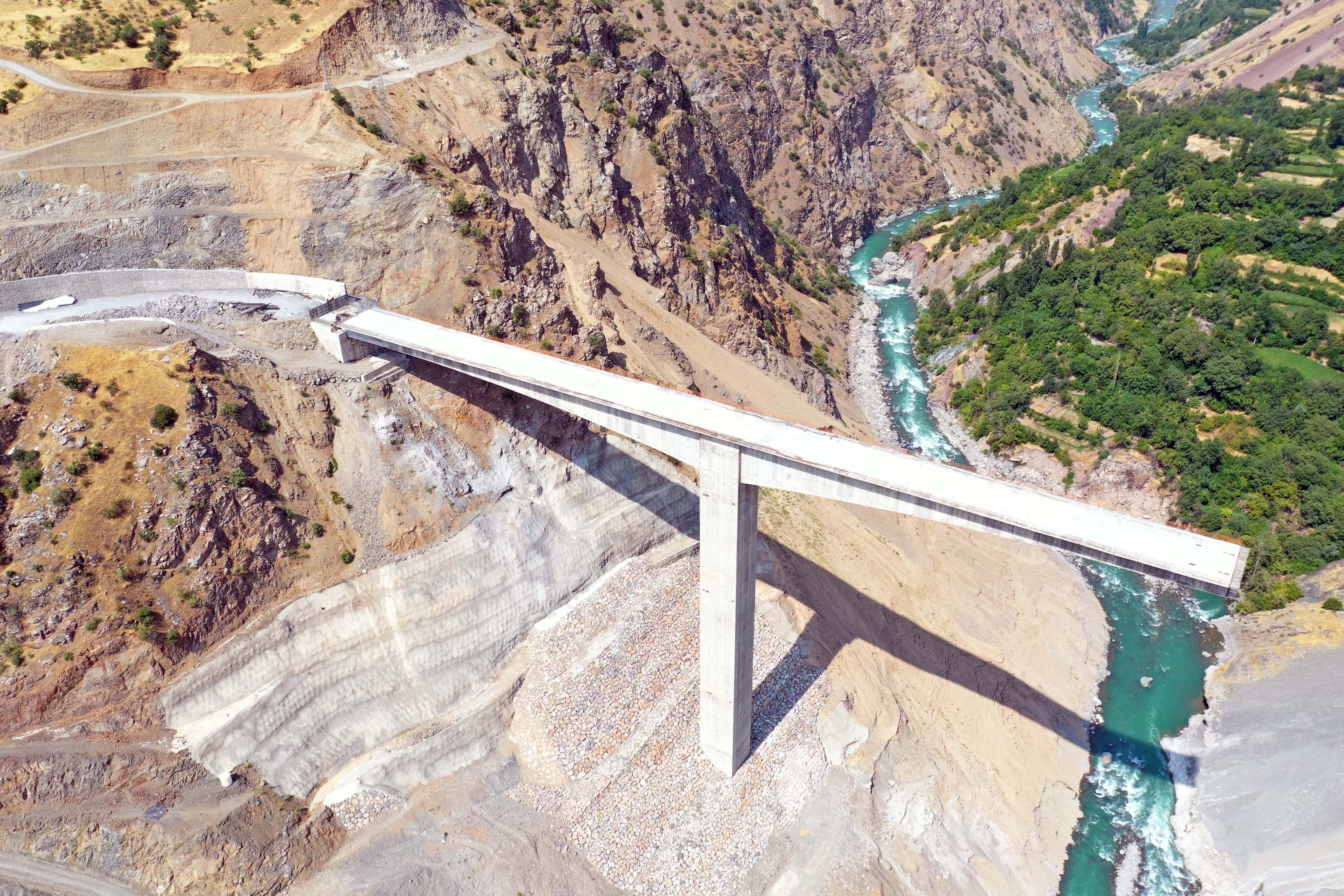 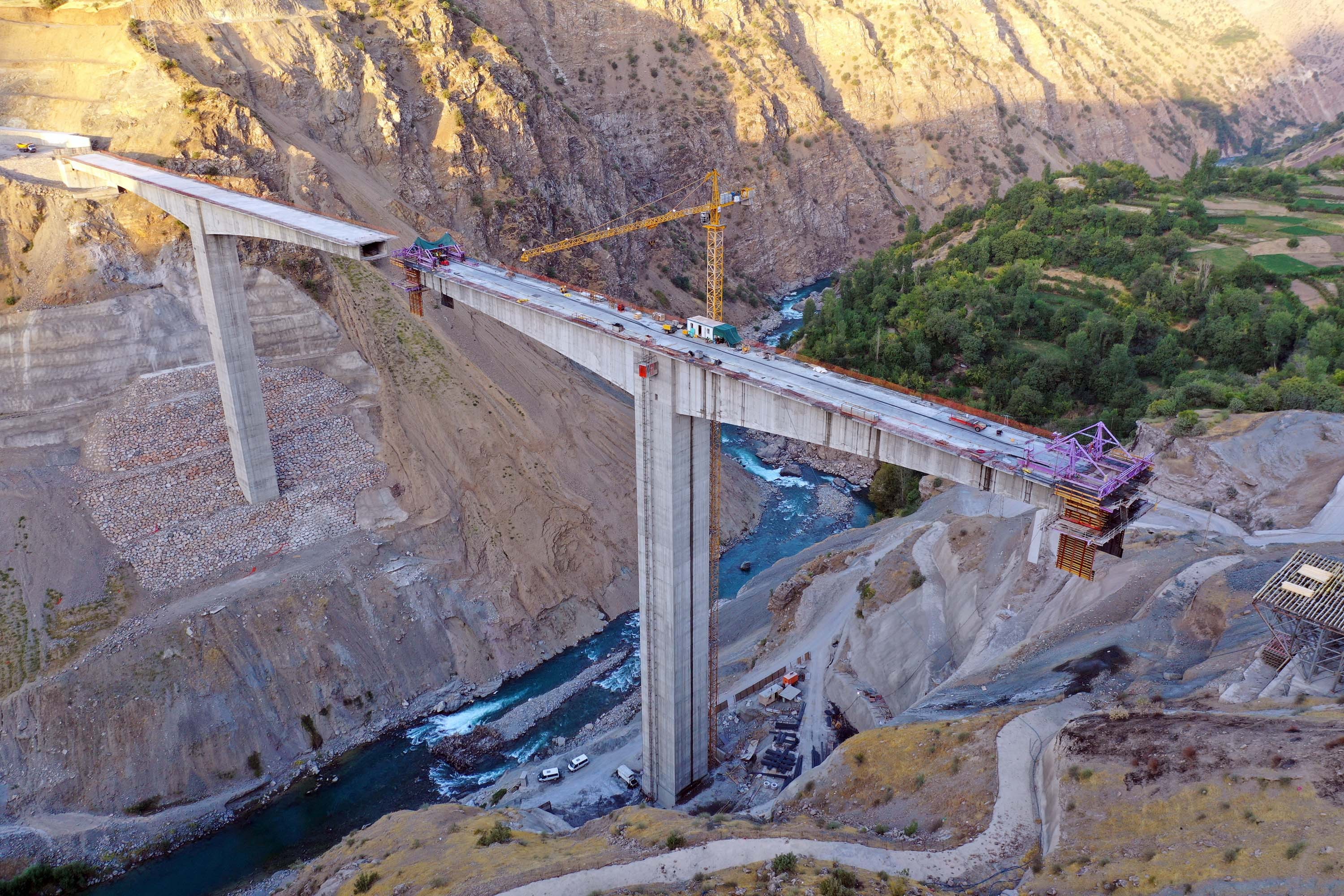 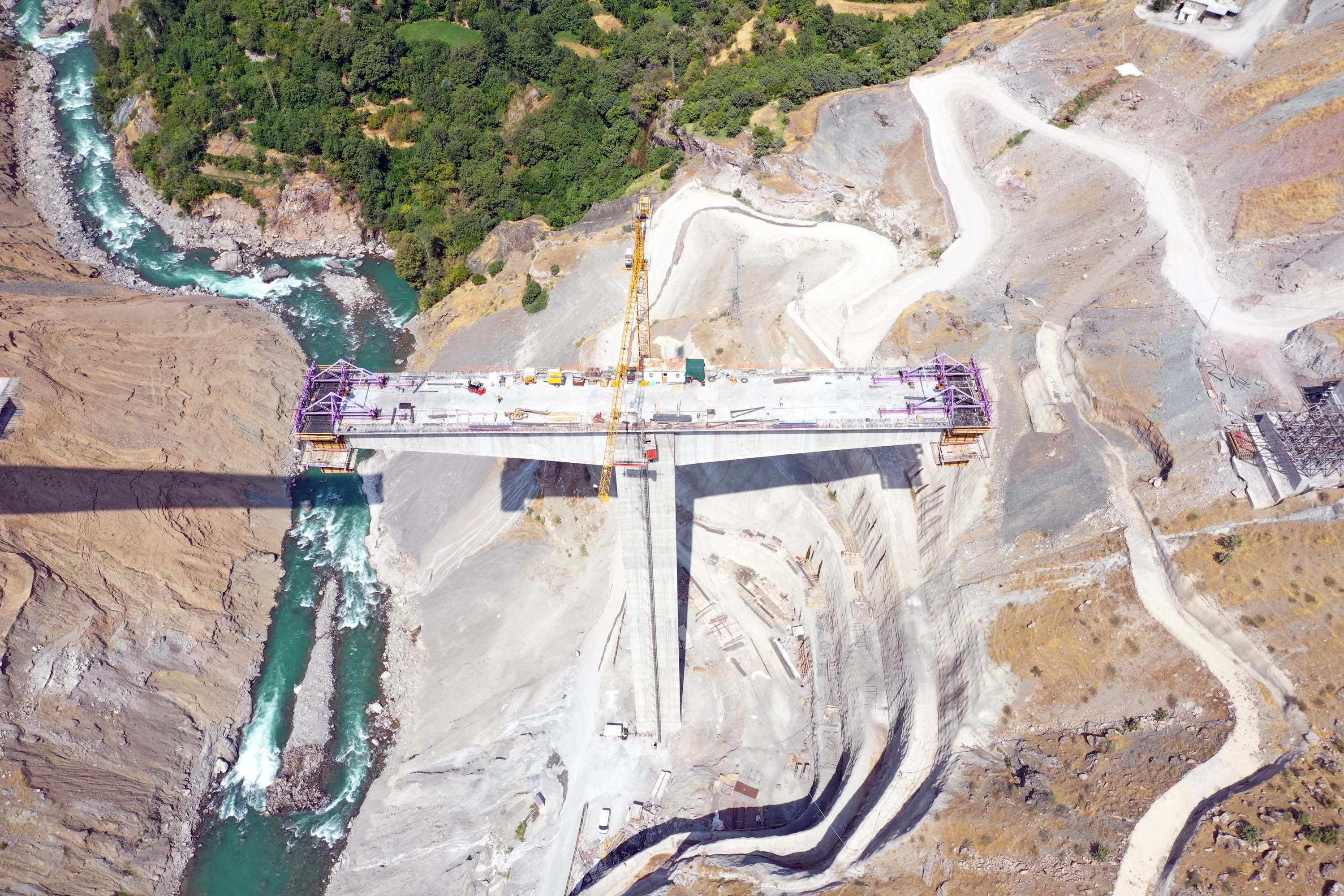 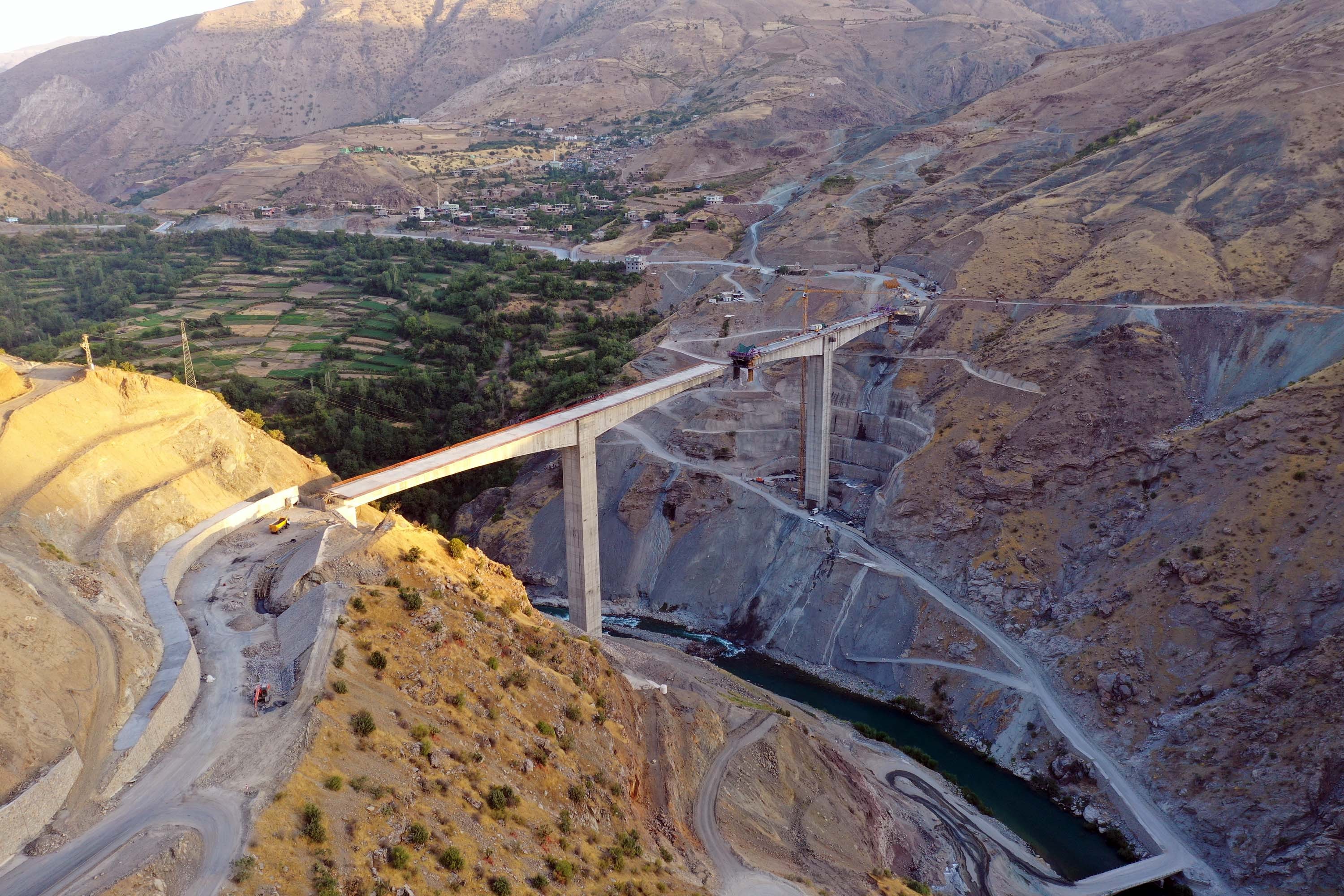 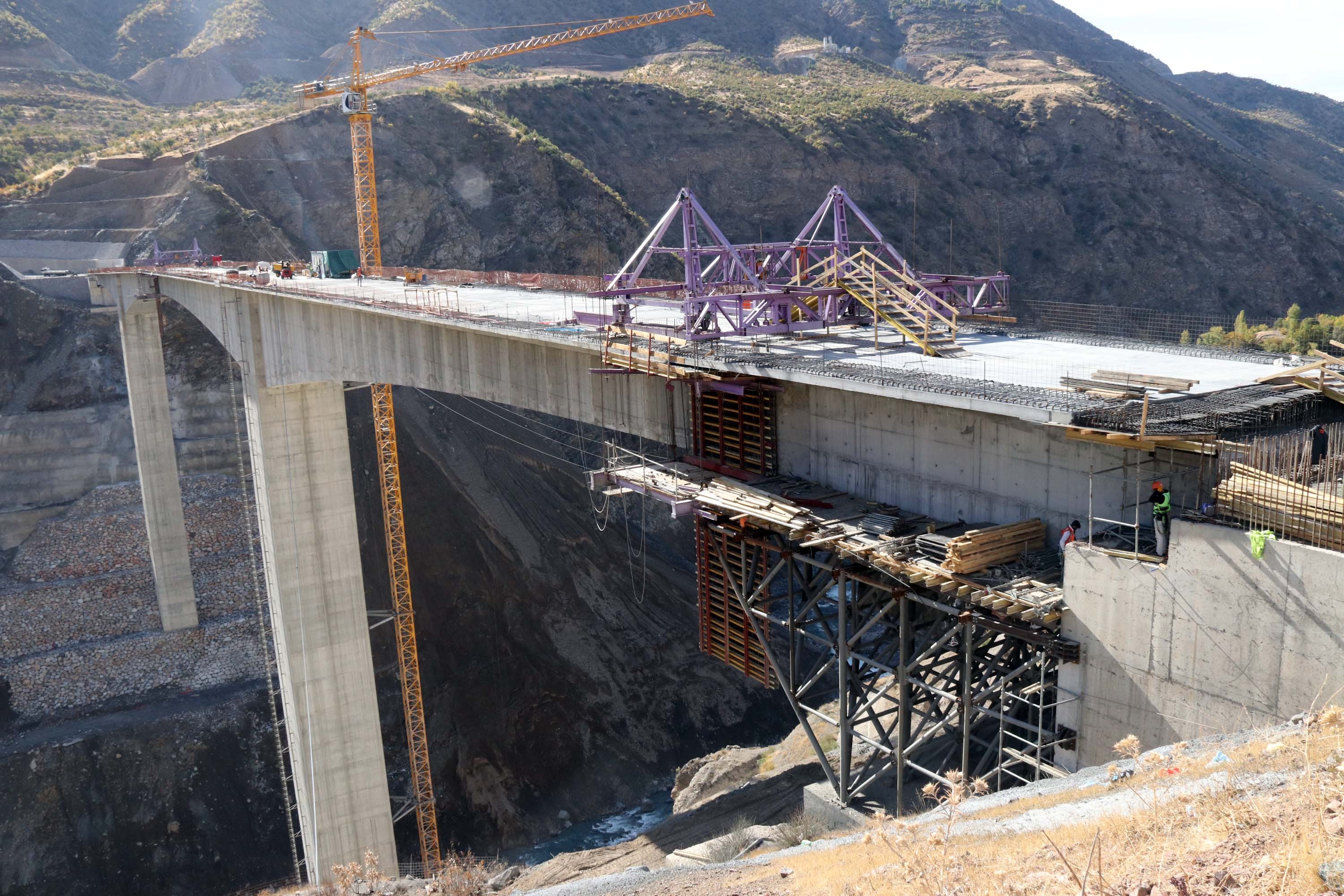 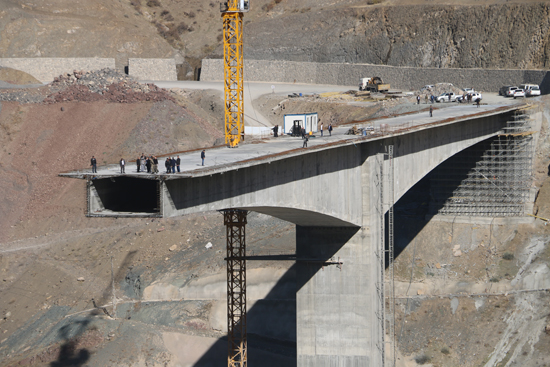 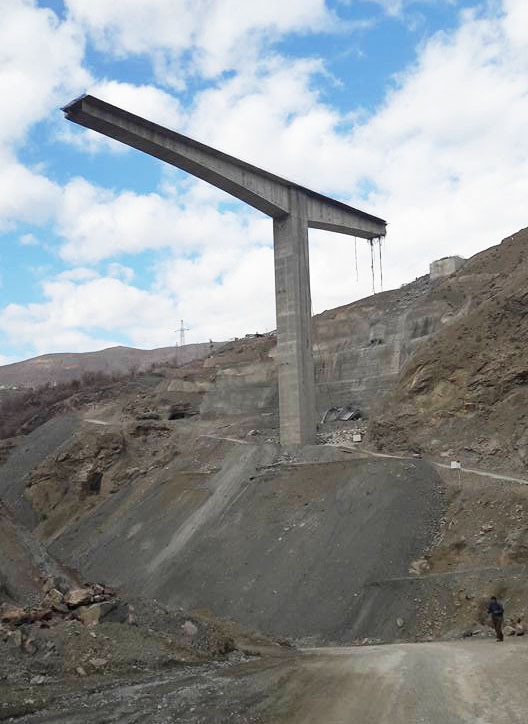 The Begendik Bridge still stands even after half of the back span had collapsed in December of 2017 making the structure dangerously unbalanced. 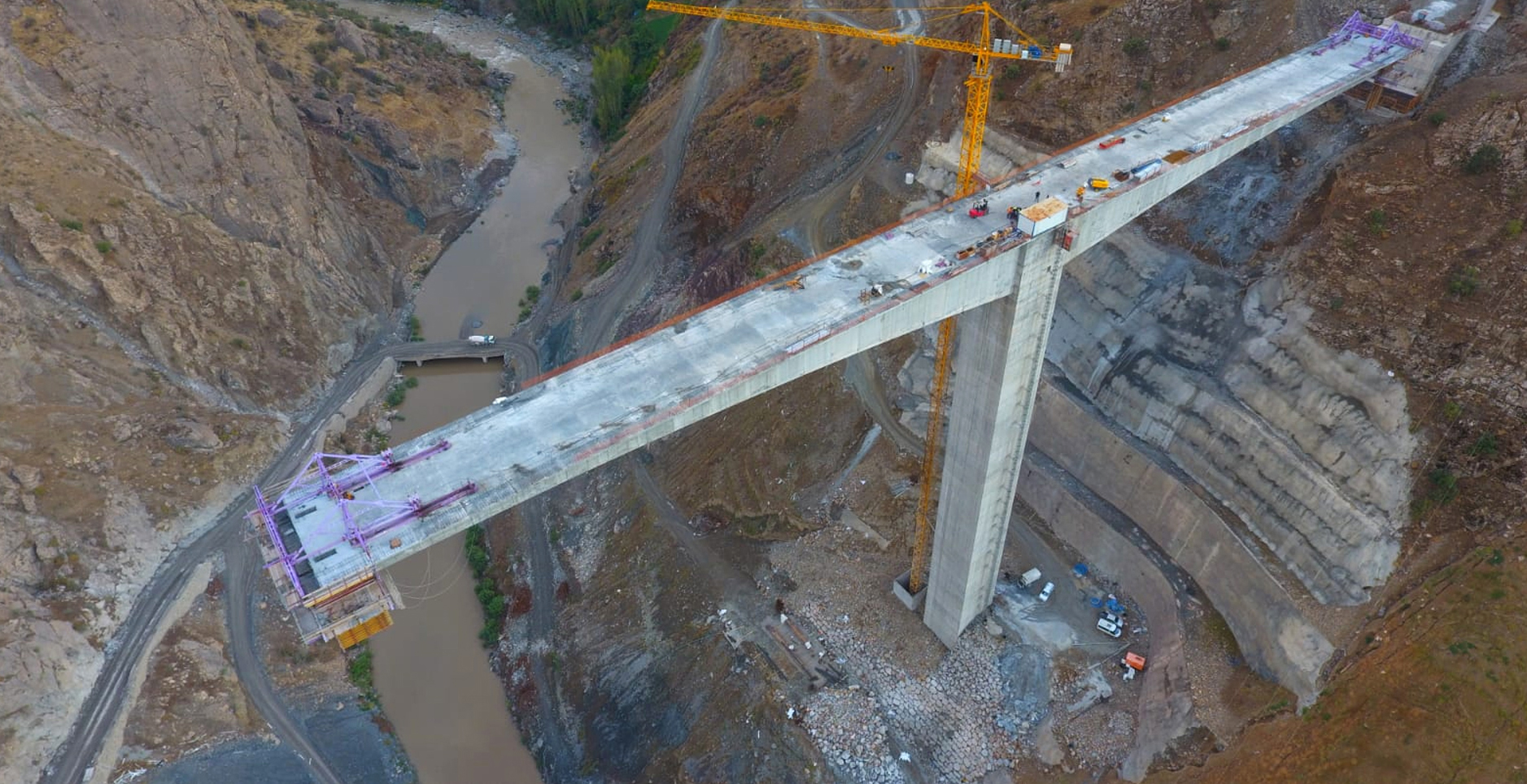 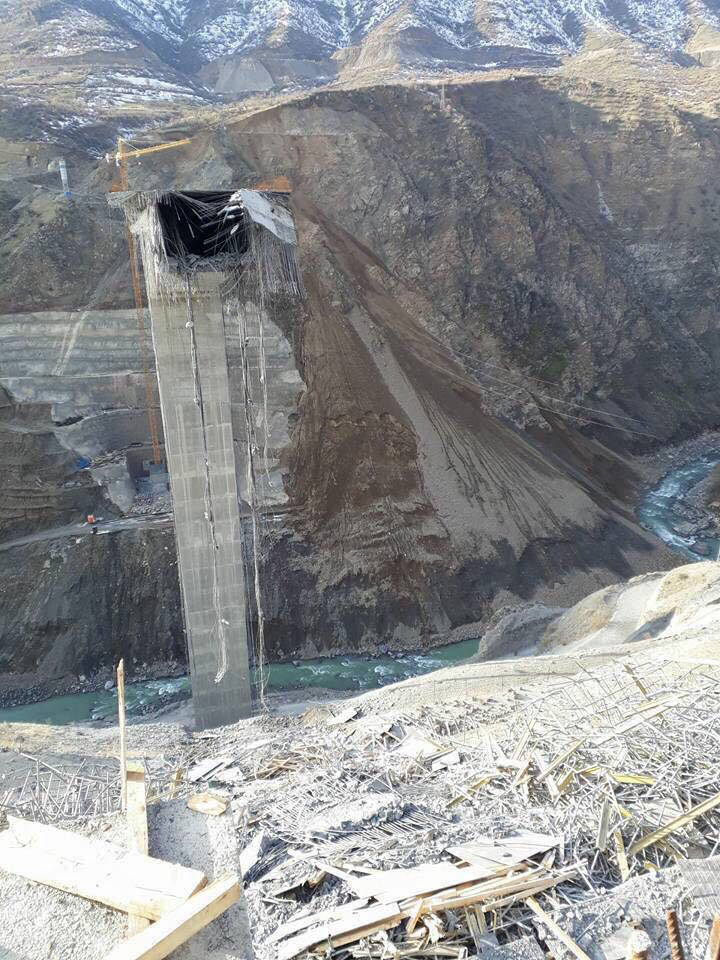 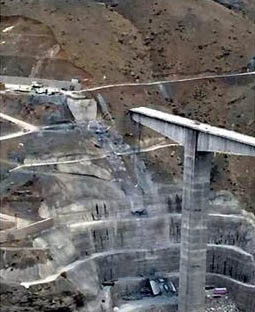 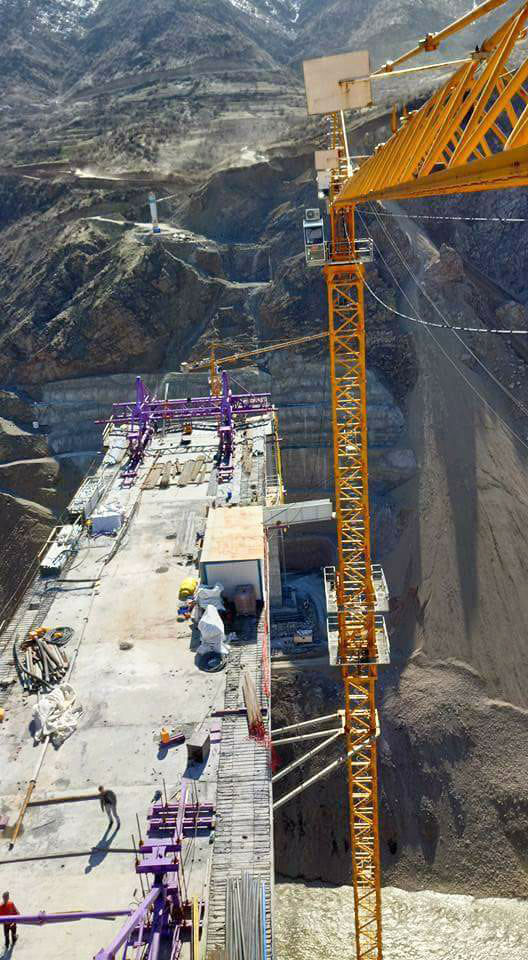 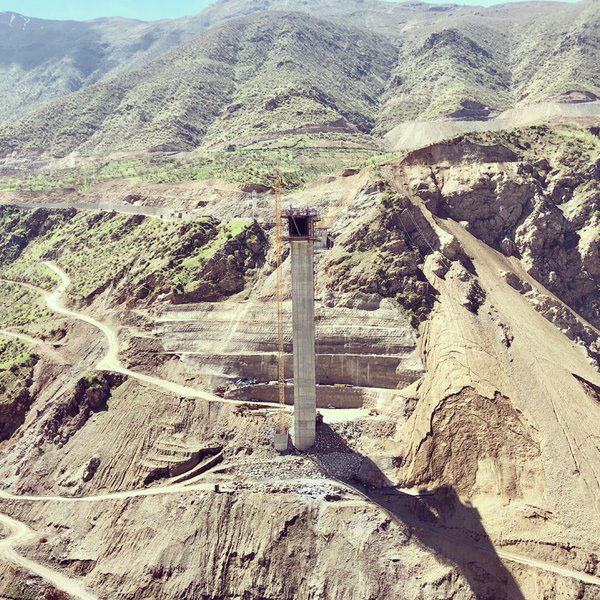 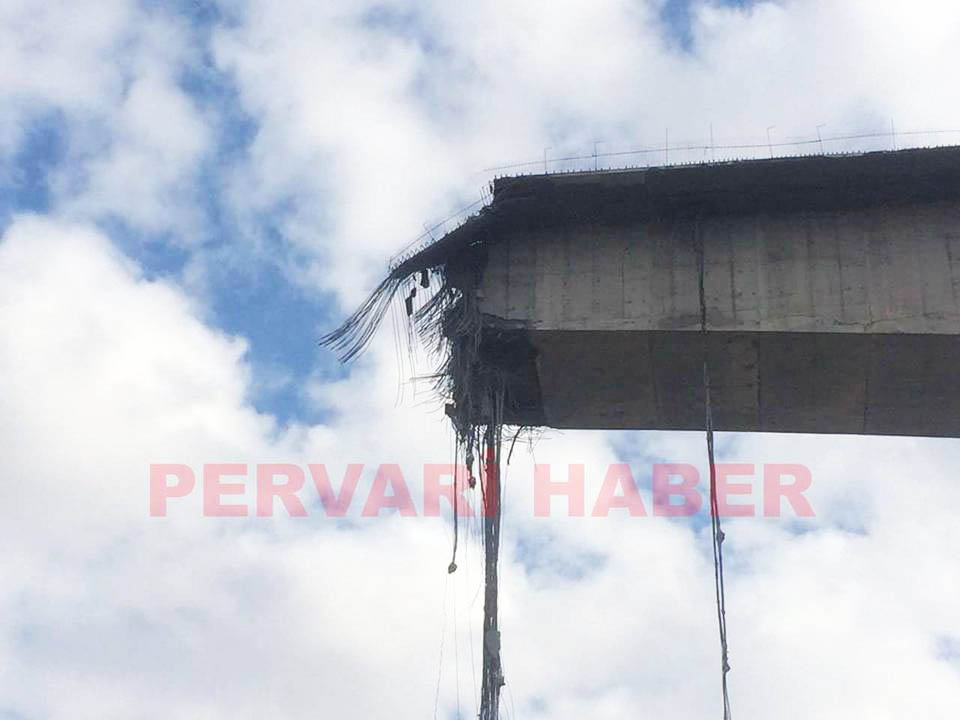 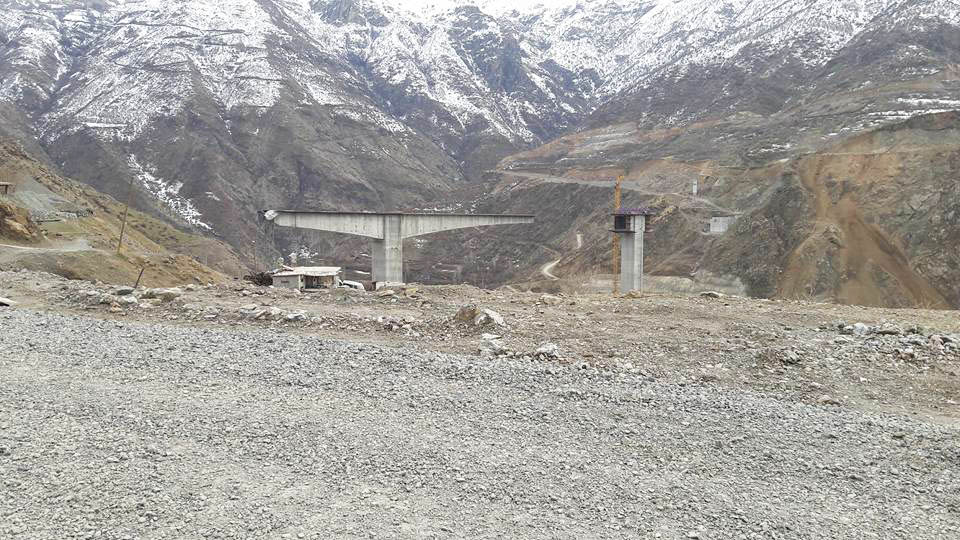 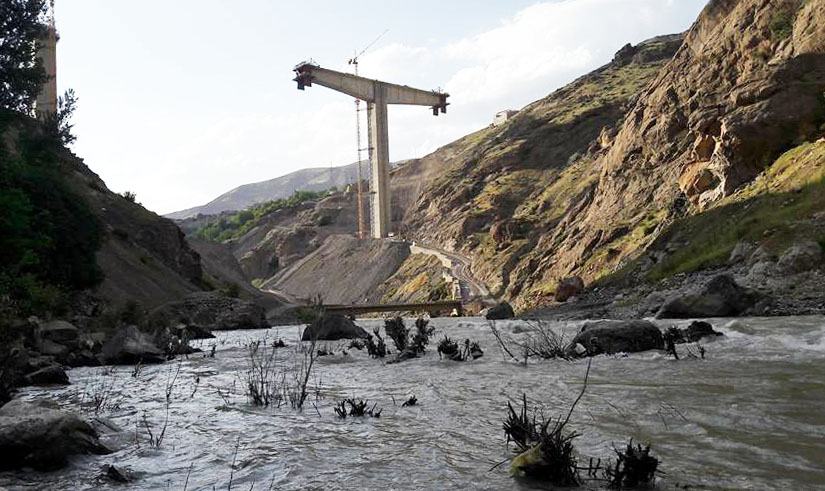 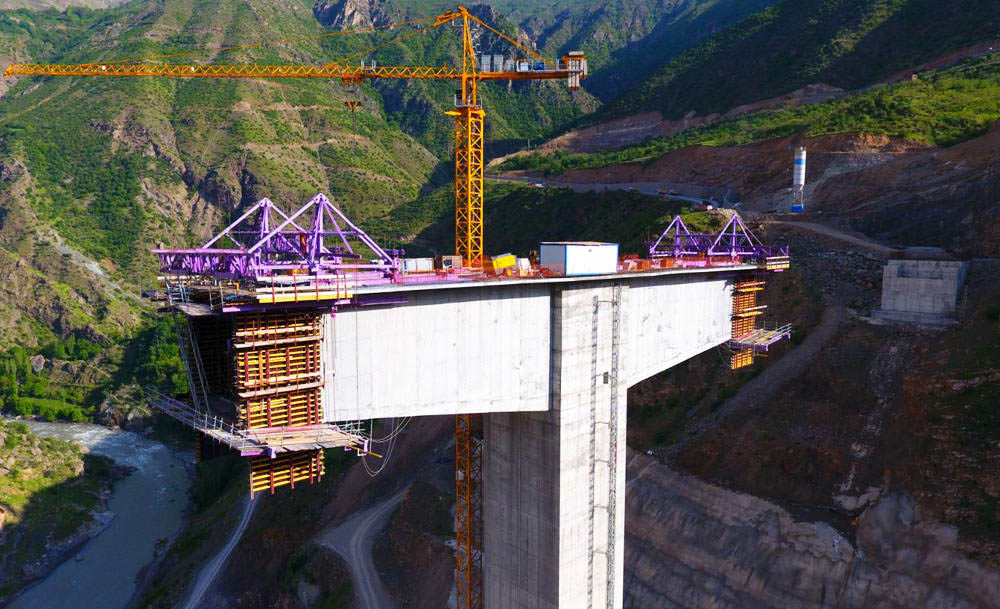 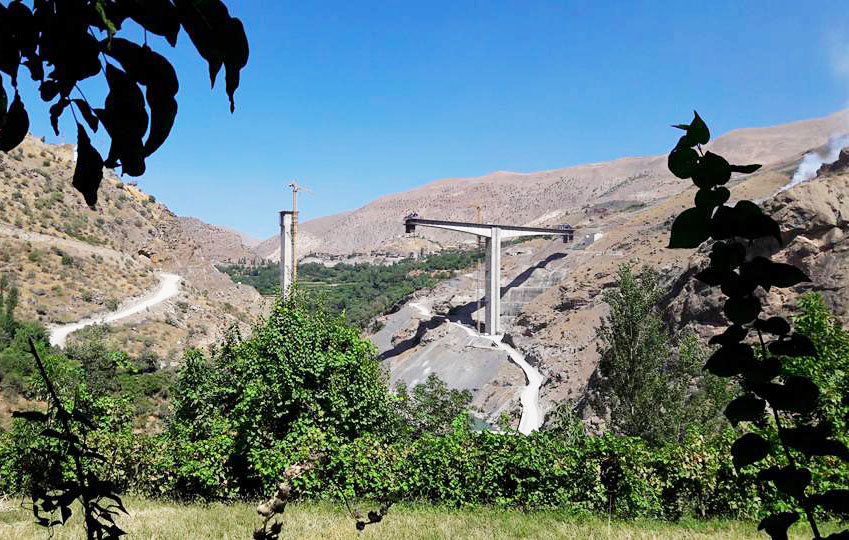 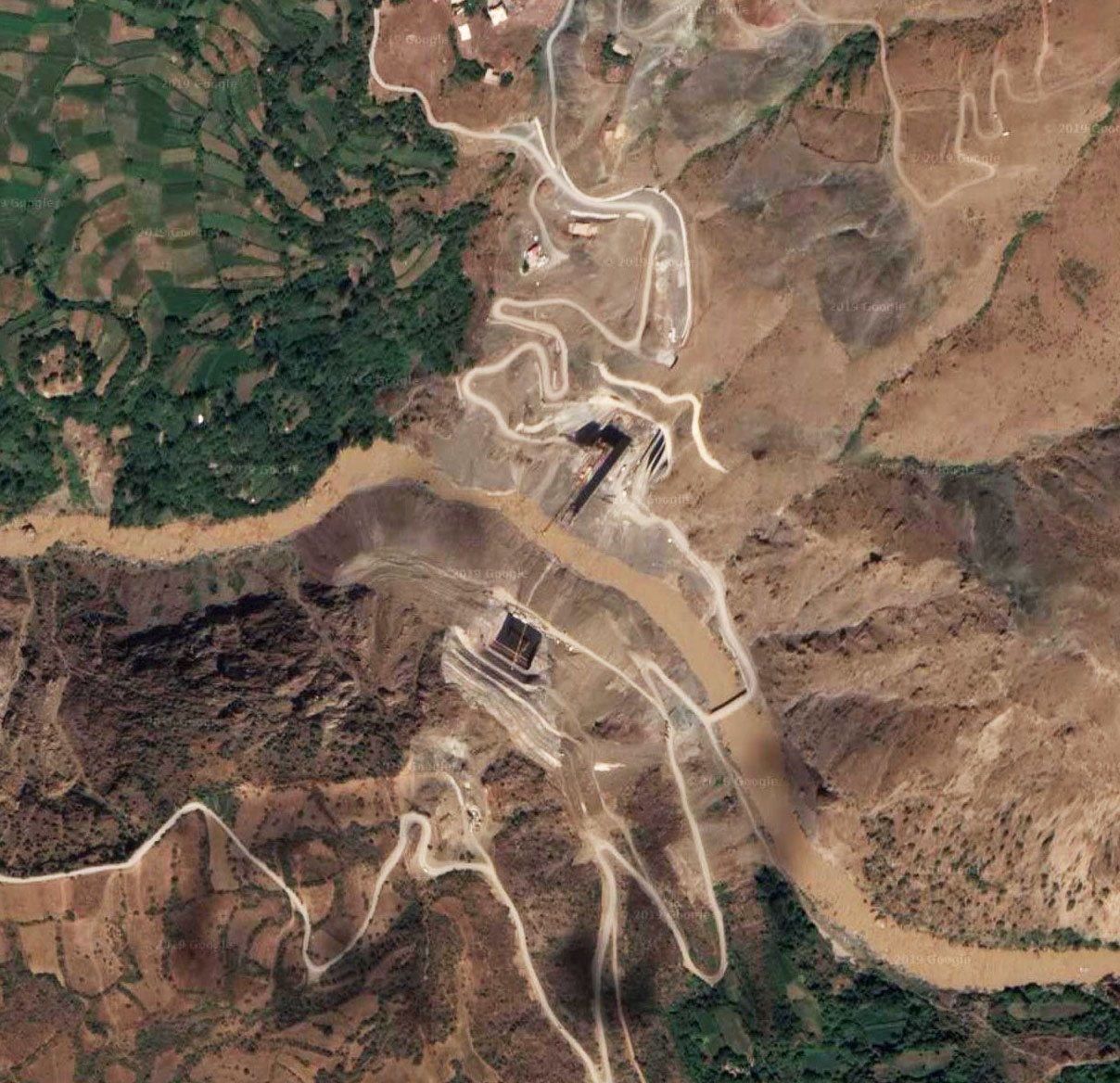 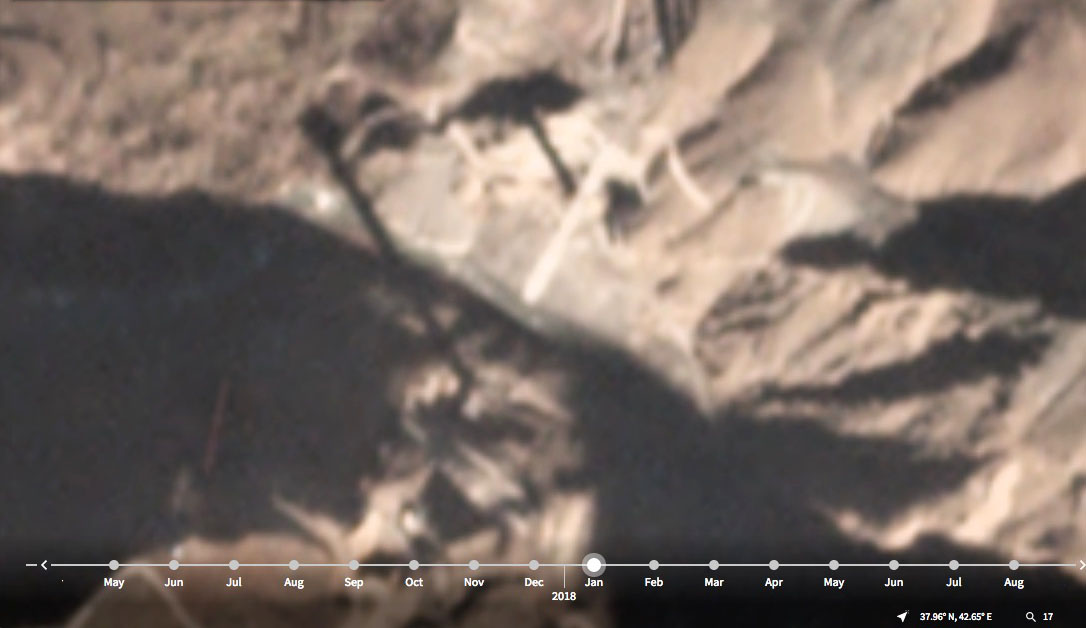 Begendik Bridge satellite image from January 2018 showing the unbalanced north structure with only 50 meters of beam remaining on the north side of the pier and 100 meters cantilevered to the south of the pier. 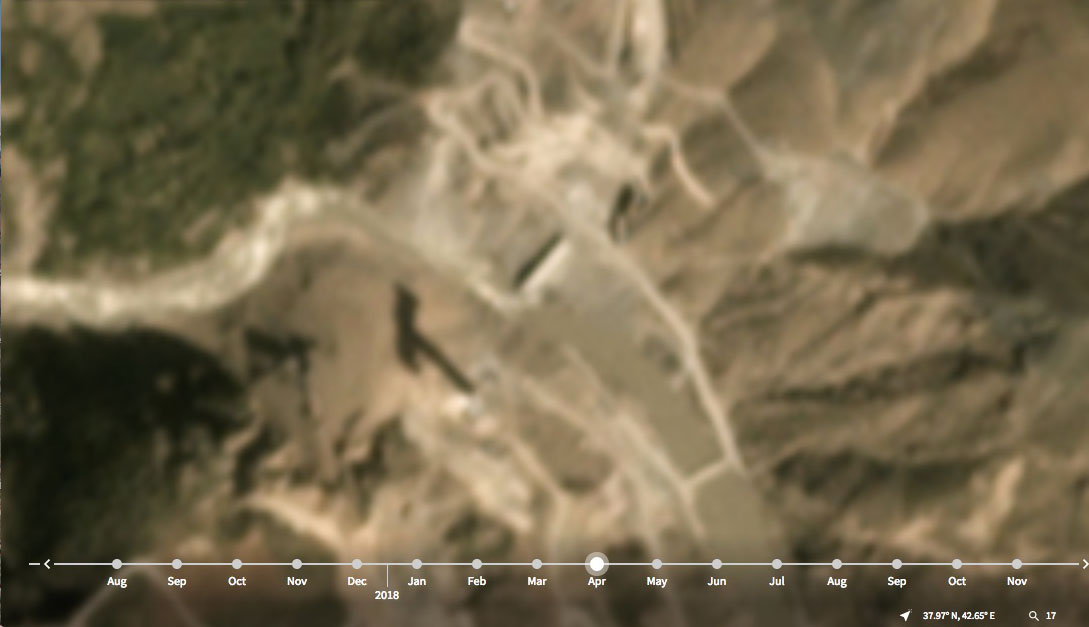 An April 2018 satellite image shows the collapsed north pier and deck lying on the slope while cantilevering progresses outward from the south pier. 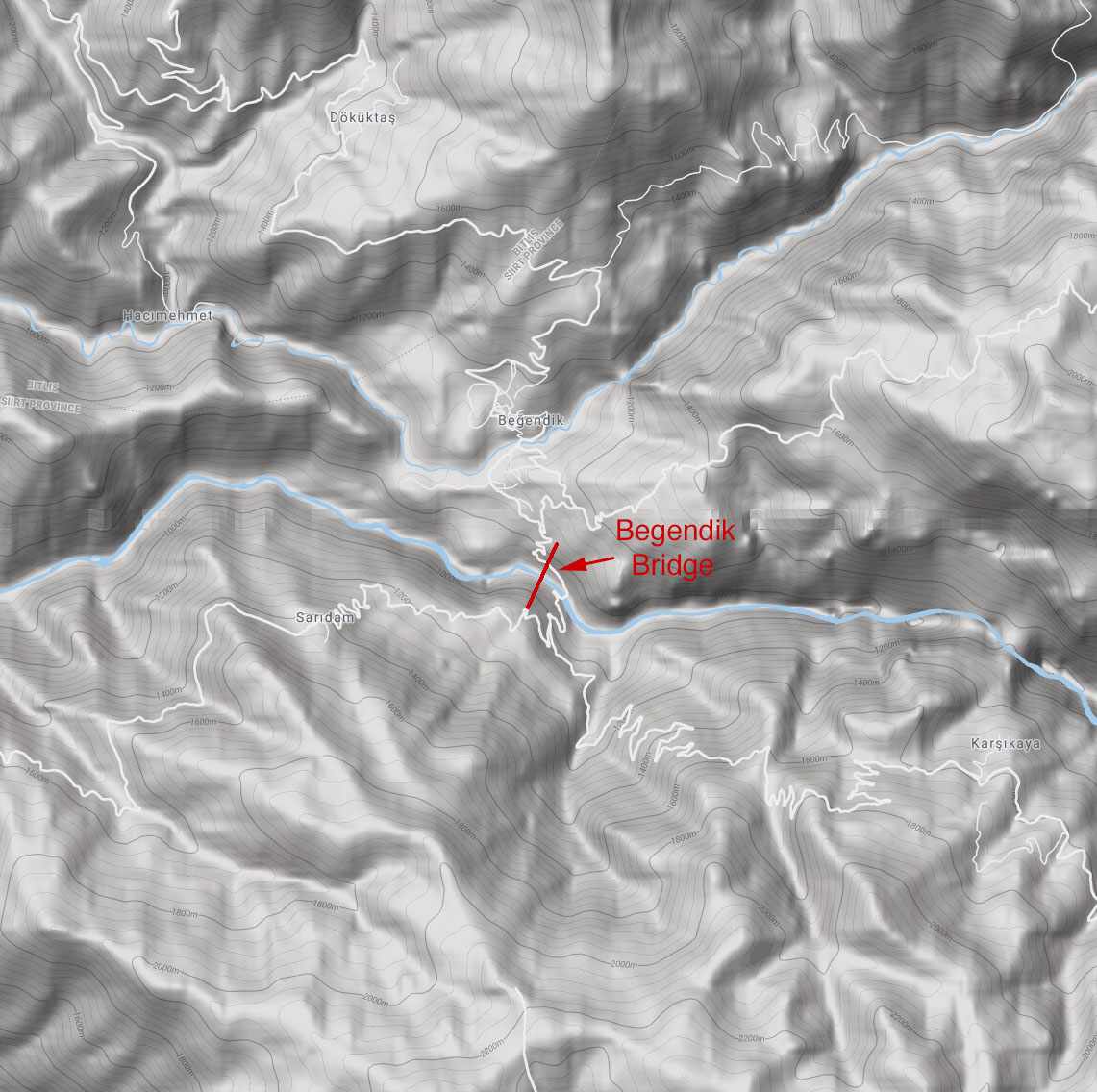 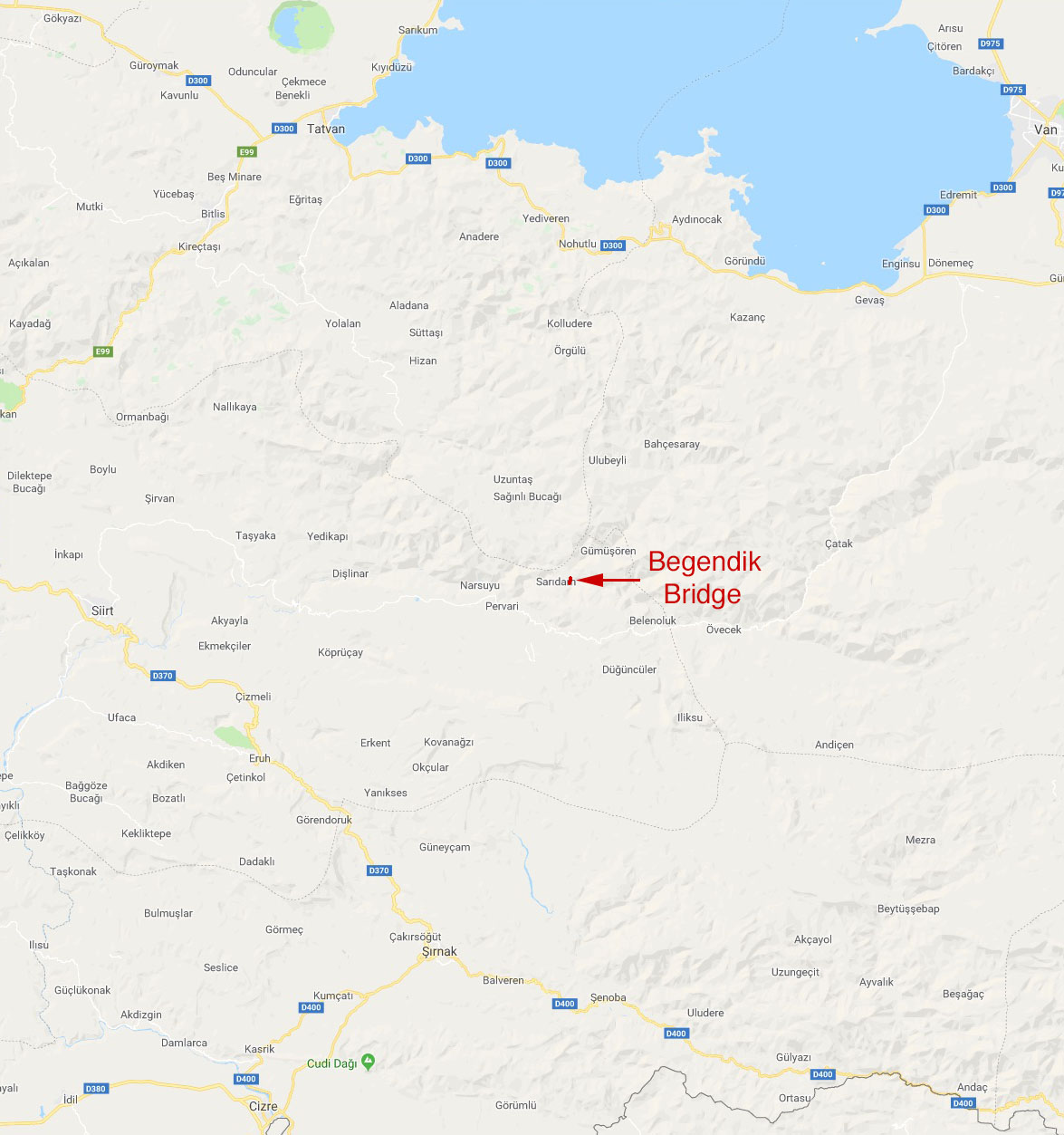