Once every decade a bridge comes along that is so large that it can only be described with words like colossal, gargantuan, mammoth and epic. The Chishi Bridge is all these things and more. Composed of three back to back cable stayed spans of 380 meters, the Chishi Bridge spans a wide river valley on the eastern end of the G76, an expressway with more high bridges along its route then any other roadway on earth.

Many will compare Chishi Bridge to the Millau Viaduct in France which also crosses a very wide valley on a series of high level cable stayed spans. The artistry that was put into the slender, split piers of the French bridge may have inspired the Chinese engineers to put some curves of their own into the Chishi Bridge knowing it will be an iconic structure as well as the largest viaduct ever built in China. The great news is they have succeeded in making the 200 meter piers every bit as dynamic and shapely as the Millau Viaduct with a shaft that tightens at the "waist" before widening out to cradle the steel box road deck. This elegance is no small feat given the massive, brutal scale of the concrete towers which are as tall as 287 meters and rank among the 10 tallest bridge structures ever built.

The top 100 meters of each tower that extend above deck are more ordinary with a standard H-frame configuration but the opening along the sides and steel fins at the top give it a more distinctive look. Each tower was constructed with a crane on either side that extended vertically up the full height of the towers. The entire crossing is 2.27 kilometers in length with the central cable stayed section extending for 1,470 meters. 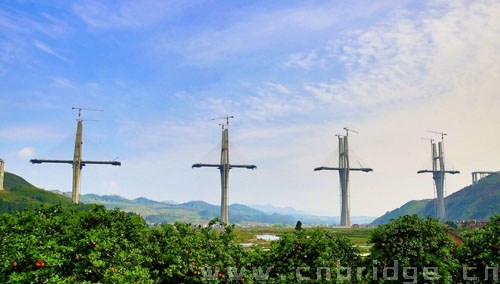 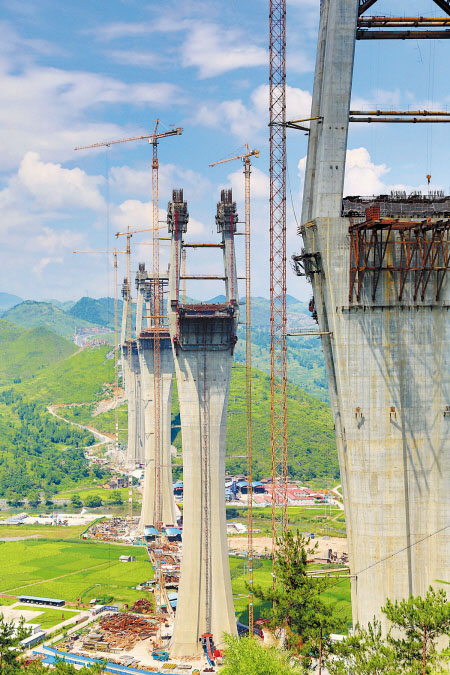 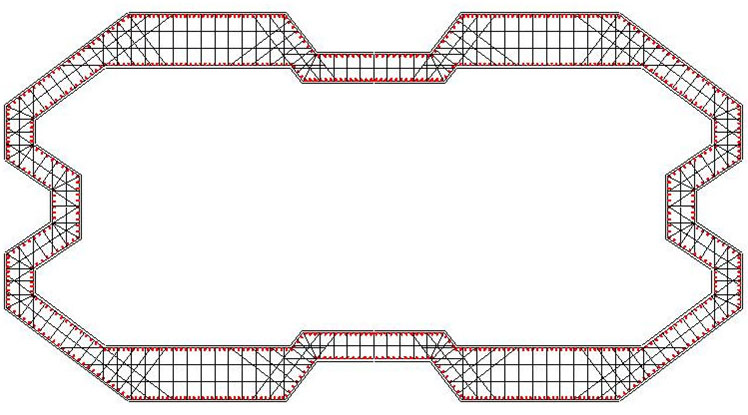 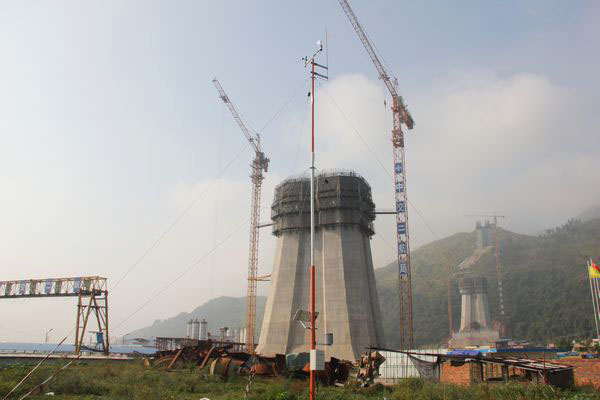 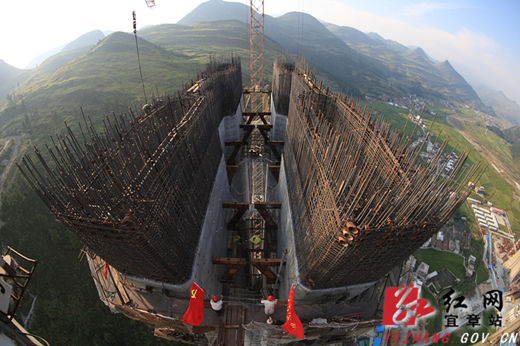 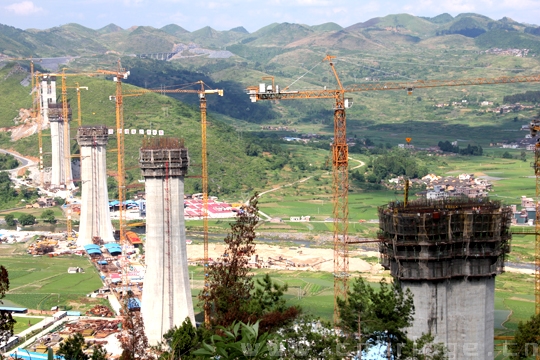 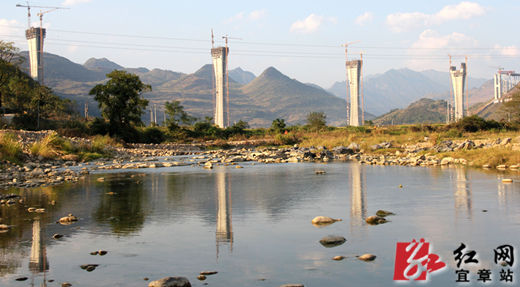 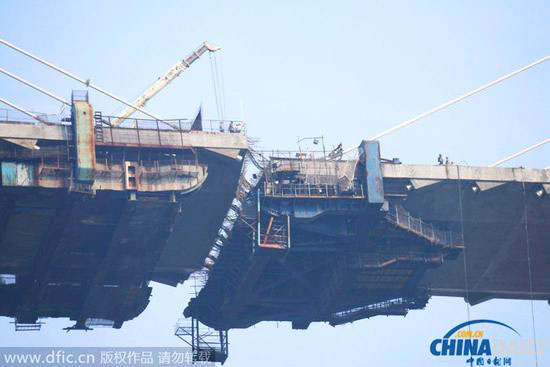 A fire in late 2014 on one of the spans caused a vertical offset just before two of the decks were to be closed mid-span. 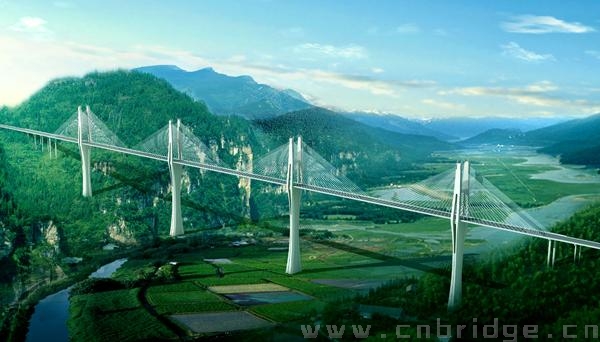 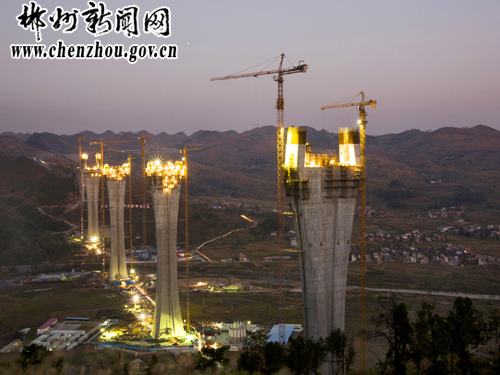 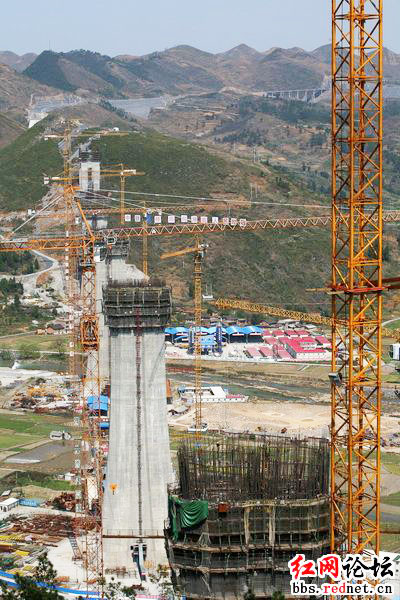 Direct size comparison between the Chishi Bridge and the Millau Viaduct.