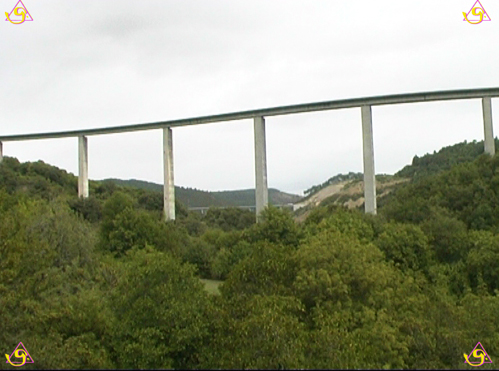 Viaducto Del Cruz was a mid-1980s improvement on a section of the original 2-lane N-VI that connects Madrid with Coruña on the north coast of Spain. In 2001, the modern 4-lane A6 opened along the same general route as the N-VI with a huge variety of bridges and tunnels including the greatest number of high bridges anywhere in Spain.

The Del Cruz concrete beam viaduct has 6 spans of 213 feet (65 mtrs) and two side spans of 156 feet (47.5 mtrs). The deck was constructed segmentally with each pre-made section of the deck carried from the work site to its place high above the ground by a massive truss traveler. Like pieces of a puzzle, the wavy edges at the front of one piece fit into the back of the next. Epoxy was used to ensure their were no gaps along the surface. The bridge may be several meters higher than the reported height of 338 feet (103 mtrs). 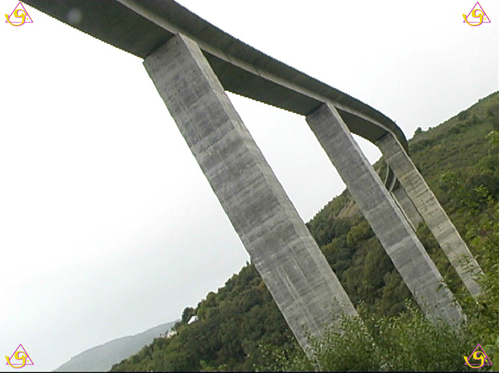 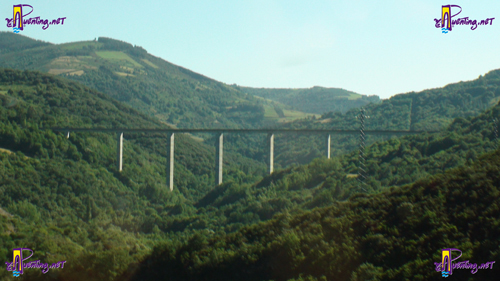 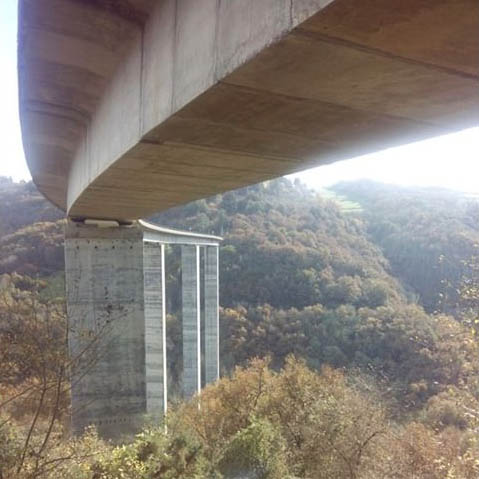 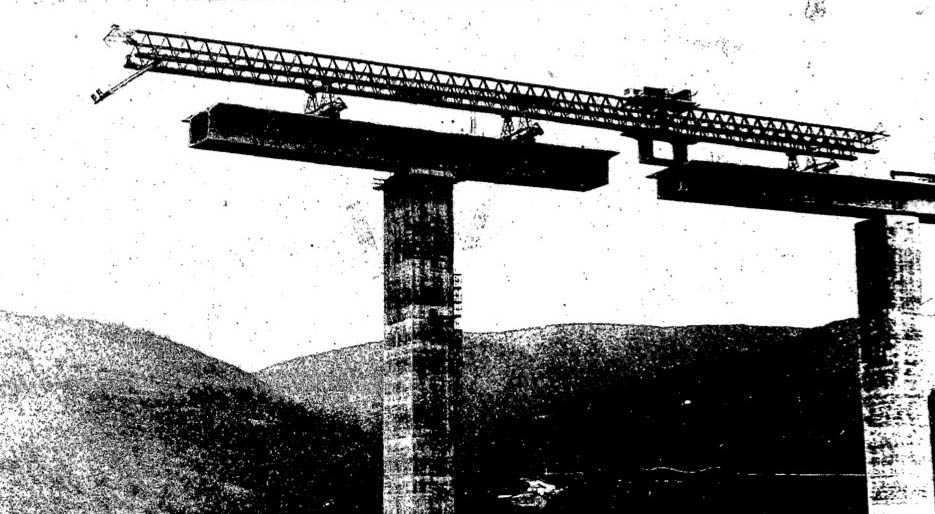