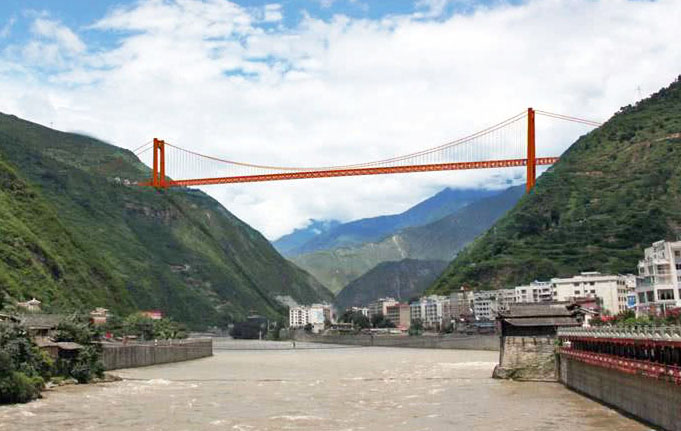 The highest railway crossing in the world, the colossal 370 meter high Daduhe Railway Bridge in Luding is the first major river crossing on the east end of the spectacular 1,000 kilometer long Sichuan-Tibet Railway. The epic 1,060 meter main span of the suspension bridge is even more impressive for having 4 parallel tracks serving the highest railway station ever built.

The west tower of the Daduhe Railway Bridge is fairly short at 144 meters while the east tower is very tall at 256 meters. The rail elevation is at 1,680 meters with the river surface at 1,310 meters.

There has never been a railway line as challenging as the Sichuan-Tibet Railway line with fifteen tunnels of more than 20 kilometers in length at oxygen deprived elevations surpassing 4,500 meters. Even more impressive, the route will have a dozen large bridges including the 3 highest railway suspension bridges ever built and the longest railway arch span.

Also known as the Chuanzang Railway, the east-west route will connect the large city of Chengdu with the remote desert region of Nyingchi, Tibet. The first section to be built is the Ya'an to Xinduqiao section in Kangding to be completed in 2028. This will be followed by the difficult middle section and eventually the Western section in 2032.

Luding was already one of the most famous cities in Western China for its legendary chain bridge of 100 meters that ranked among the longest suspension bridges in the world since its completion in 1701. Several historic battles have taken place at or near the chain bridge due to its strategic importance, most notably during the Long March in 1935. 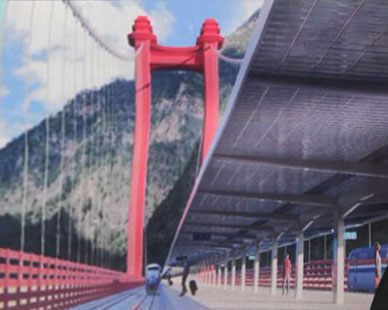 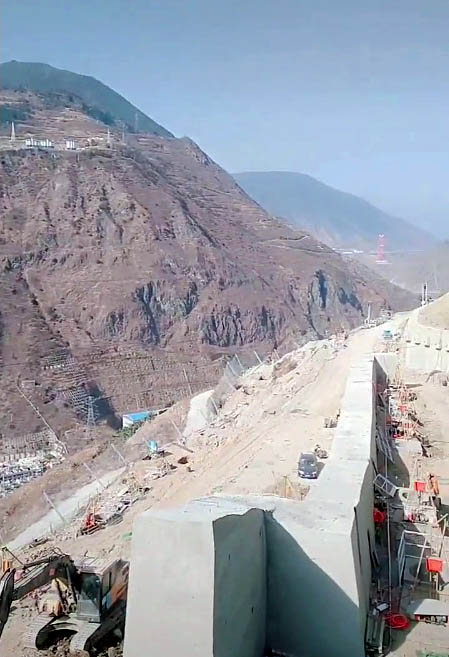 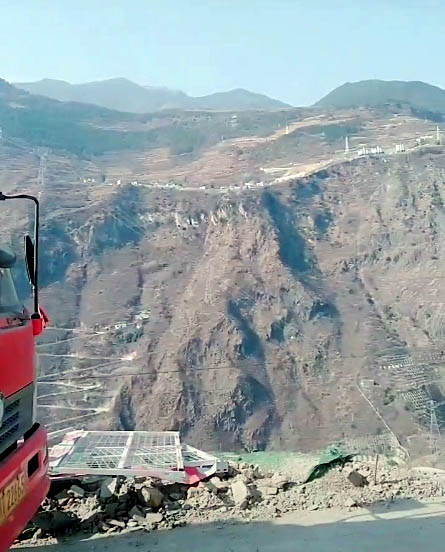 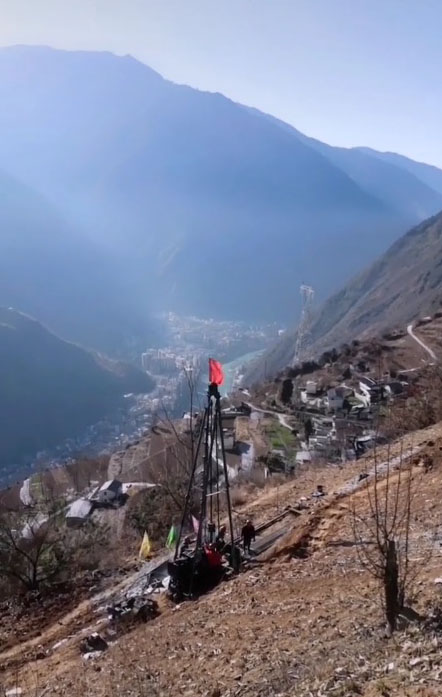 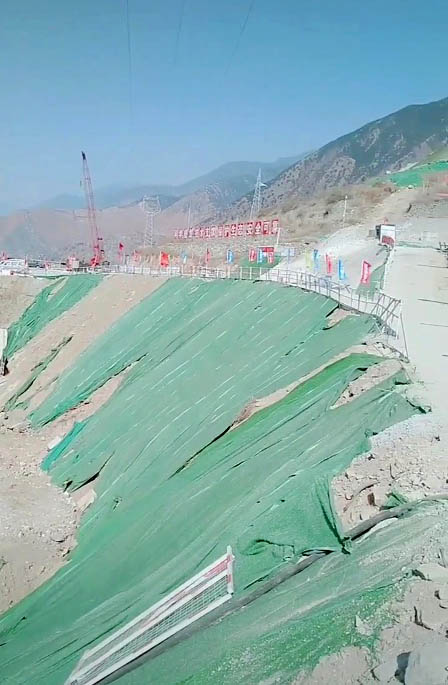 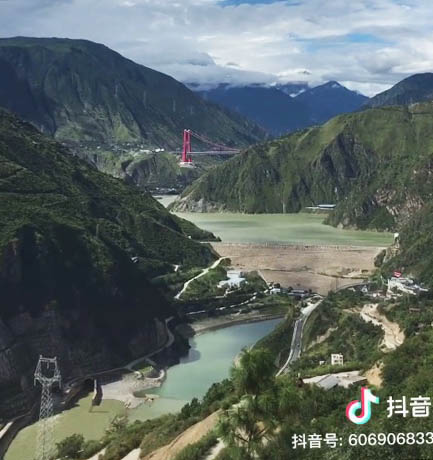 A view of the Daduhe Bridge Xingkang suspension bridge from the Chuanzang Railway Bridge construction site. 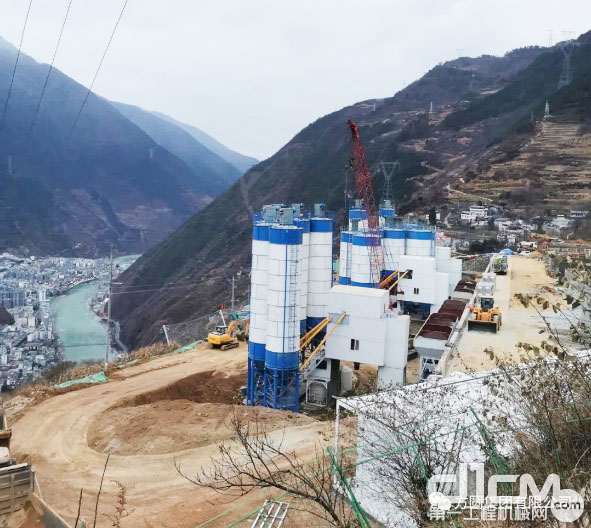 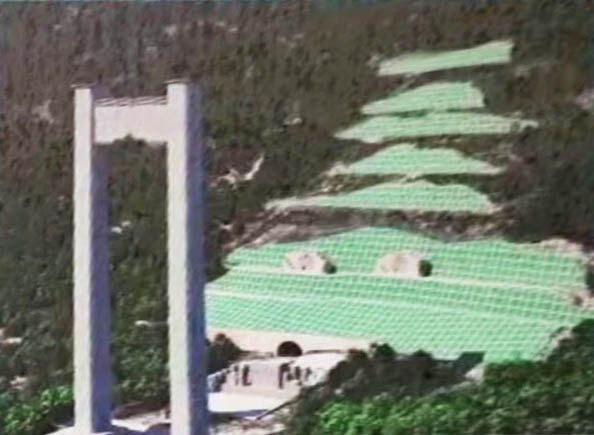 Chuanzang Railway route upside down from east to west.