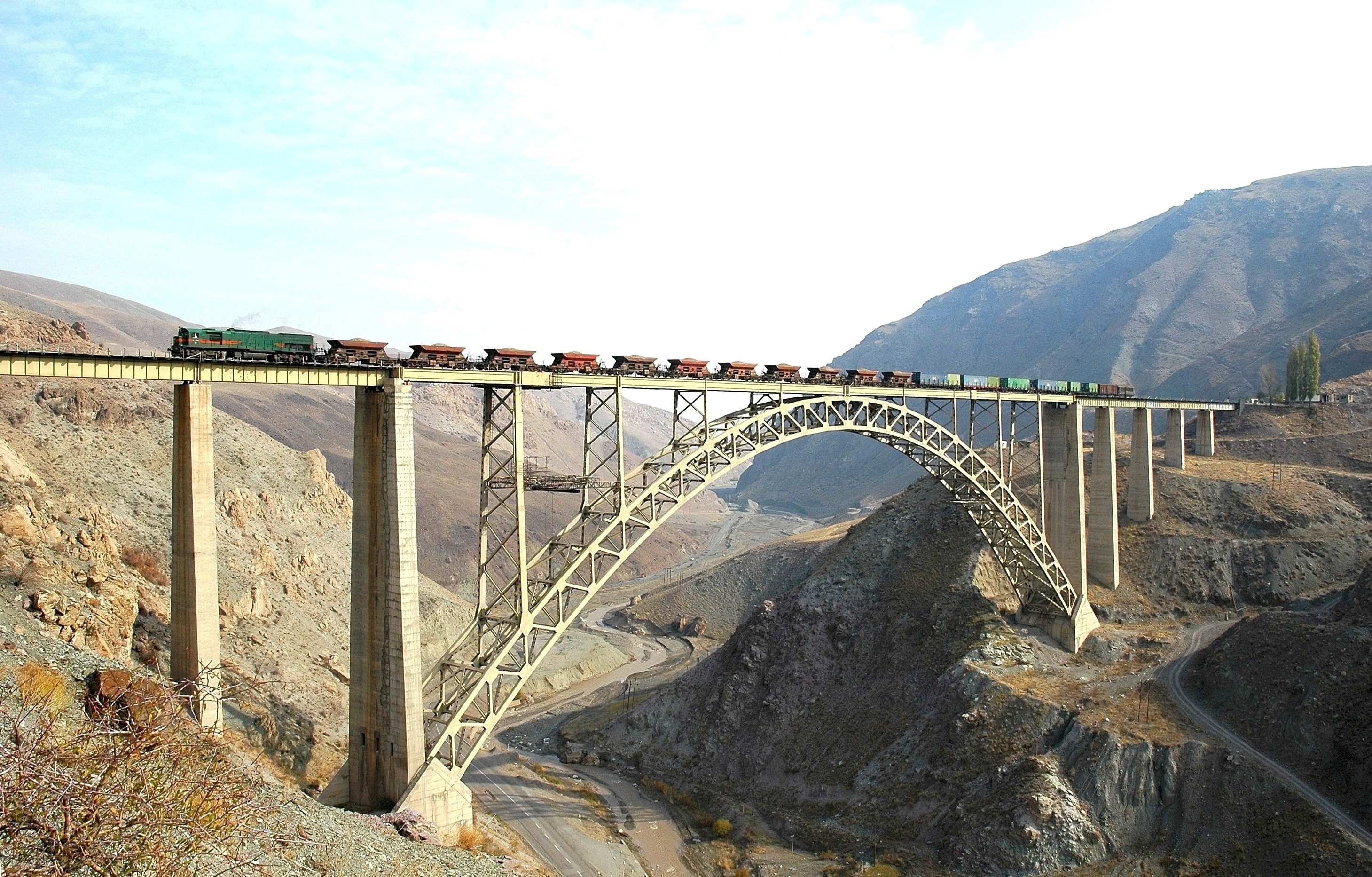 The highest bridge in the Middle East for over 30 years, the Ghatoor or Ghotour Railway Bridge is a large steel arch bridge in Iran’s West Azarbaijan Province. Constructed in 1970 and designed by the American Bridge Company, the main arch spans 732 feet (223 mtrs) as it carries a rail line 390 feet (119 mtrs) above an arid, rocky river gorge. A highline was constructed across the canyon with one end terminating directly into the side of the mountain and a fixed tower at the other end. Tiebacks held the two halves of the arch over the gorge until closure at the crown. The truss-arch is similar to the original Burro Creek bridge in the U.S. state of Arizona which was also designed in the 1960s by the American Bridge Company.

The Iranian army did some parachute practicing off the bridge in the video below.

The span was recently surpassed in height by Iran's Karun 3 Dam Bridges and the Lali Bridge though all 3 of those are over deep reservoirs created by the construction of downstream dams. 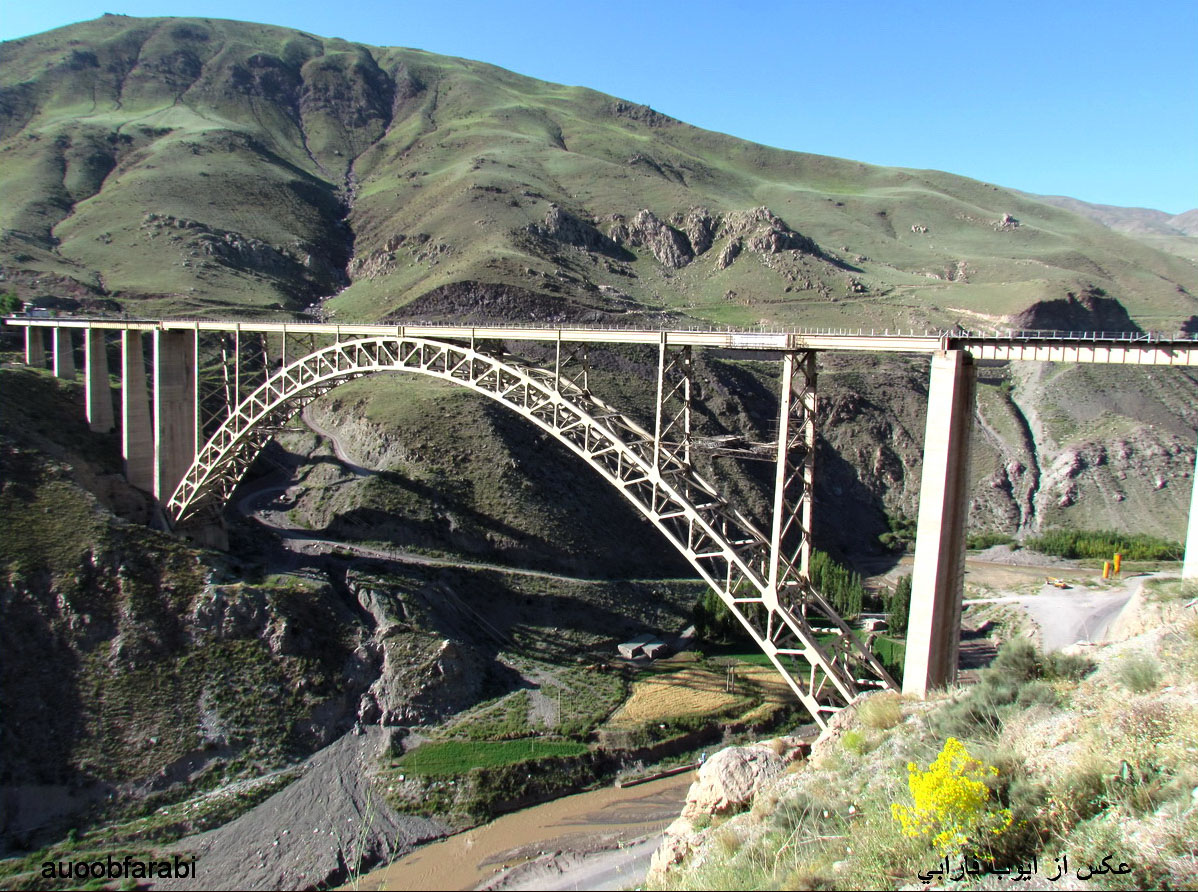 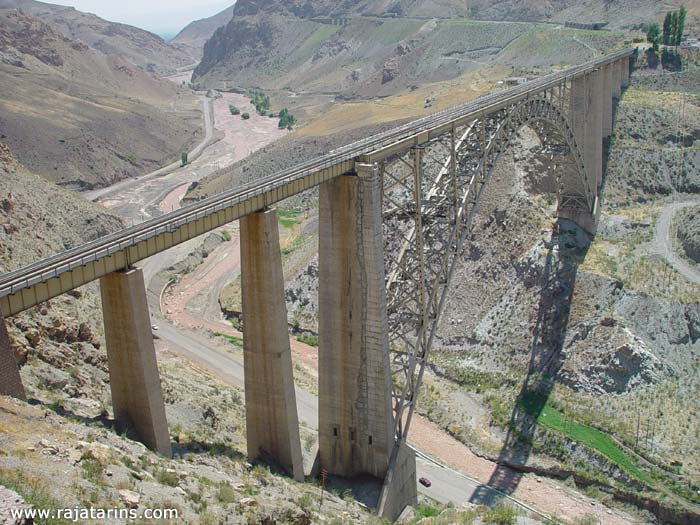 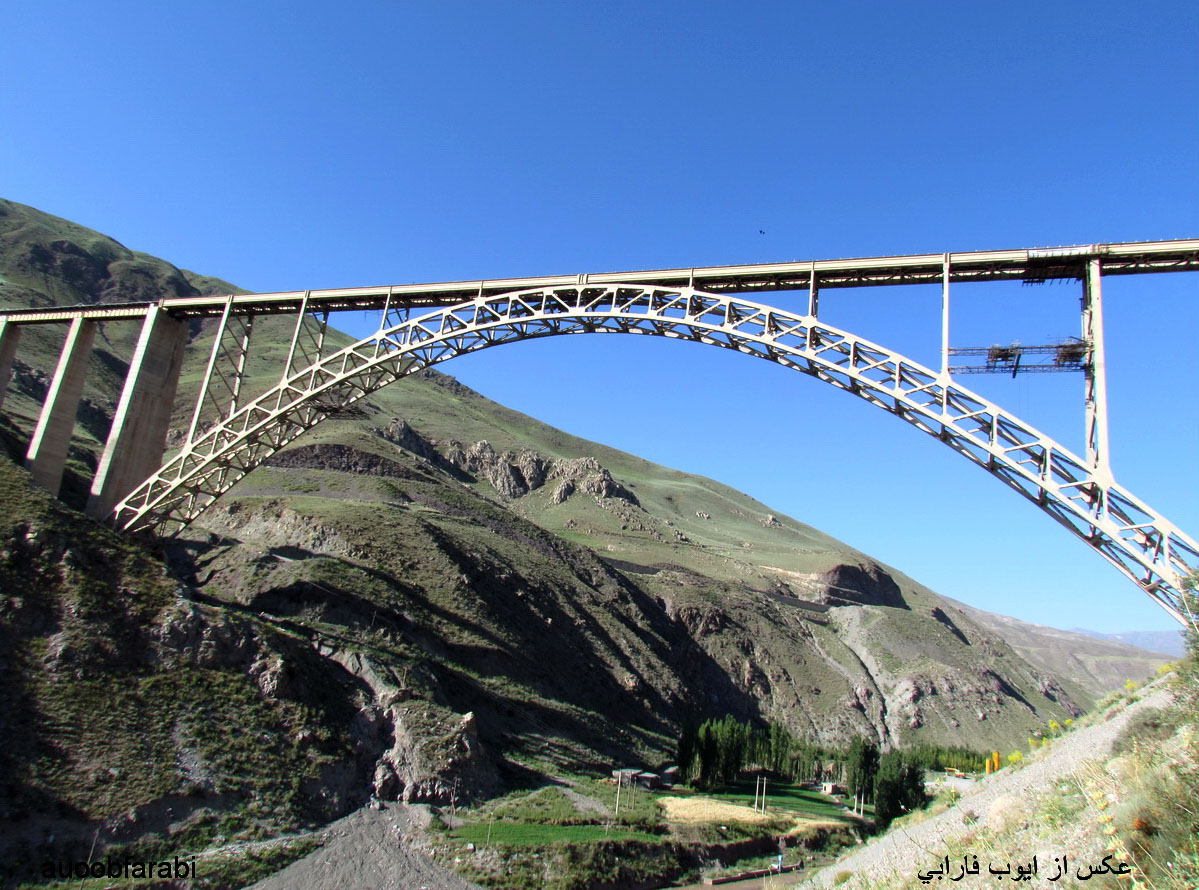 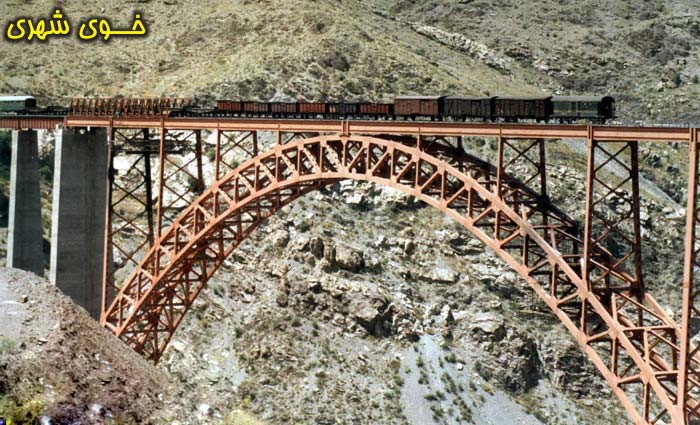 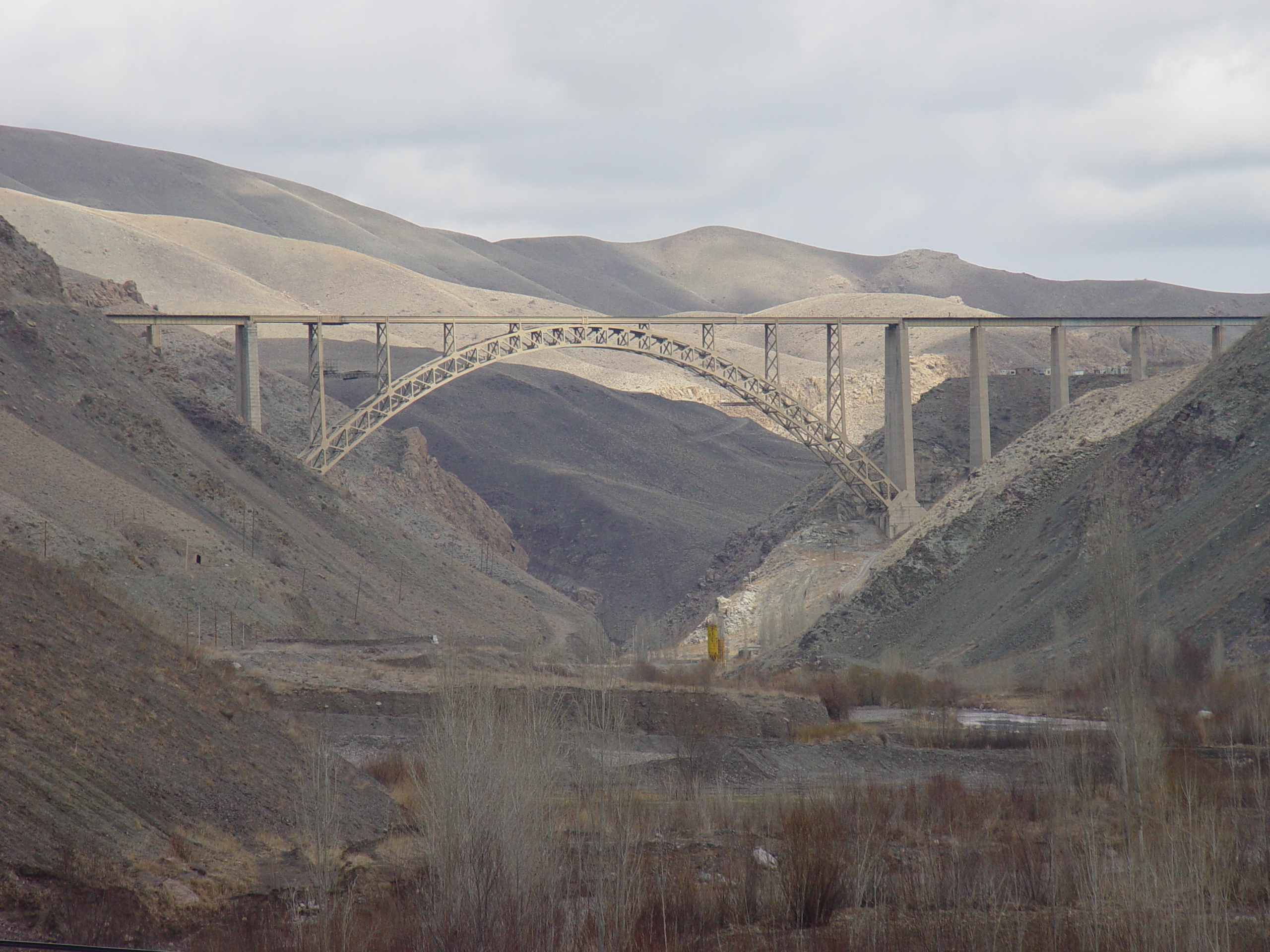