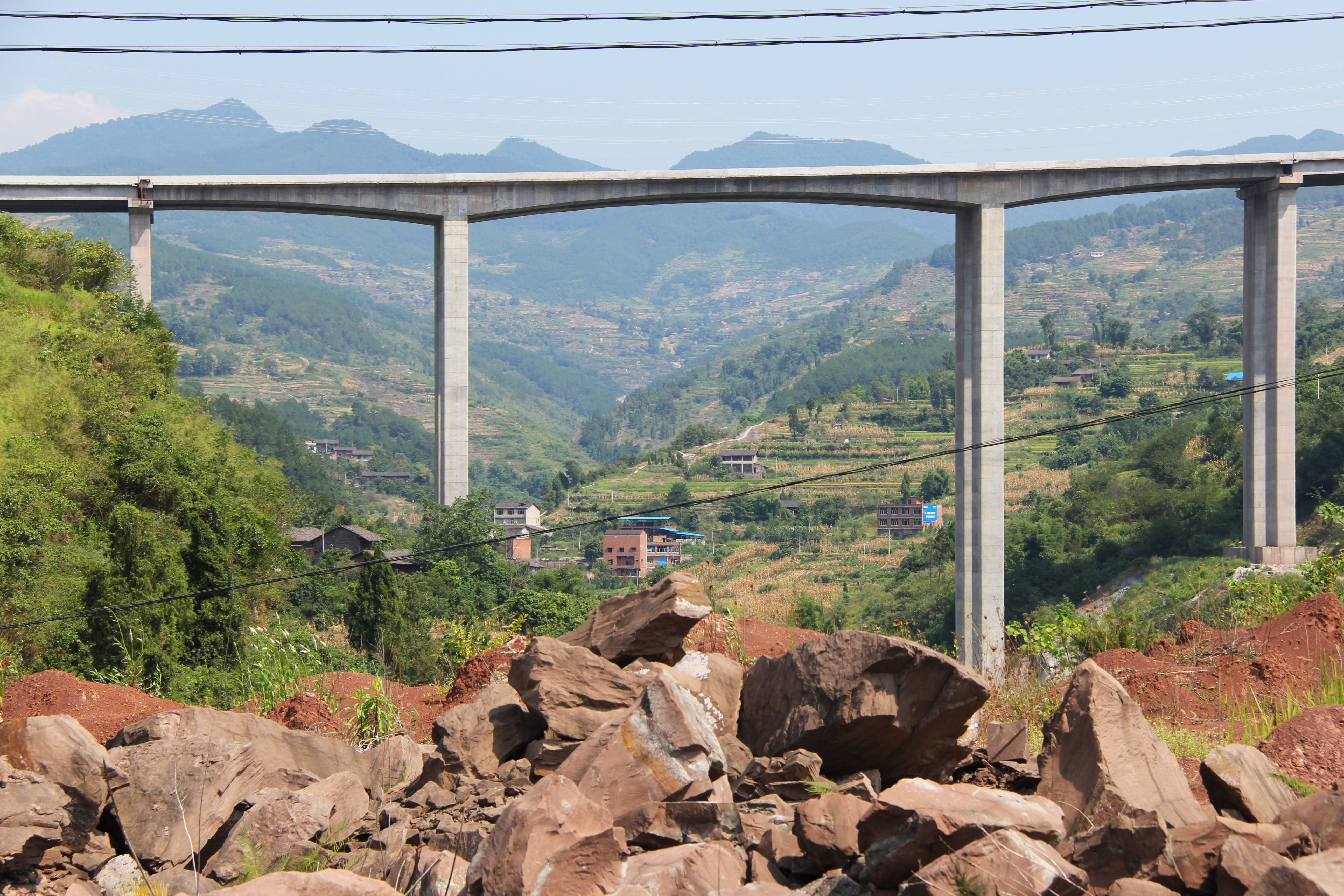 One of at least 10 high beam bridges bridges on the new Fengfu expressway near the cities of Fuling and Fengdu, Gongjia bridge crosses a small tributary of the Yangtze River. The giant 3 Gorges reservoir has raised the level of the creek several meters below the bridge crossing. 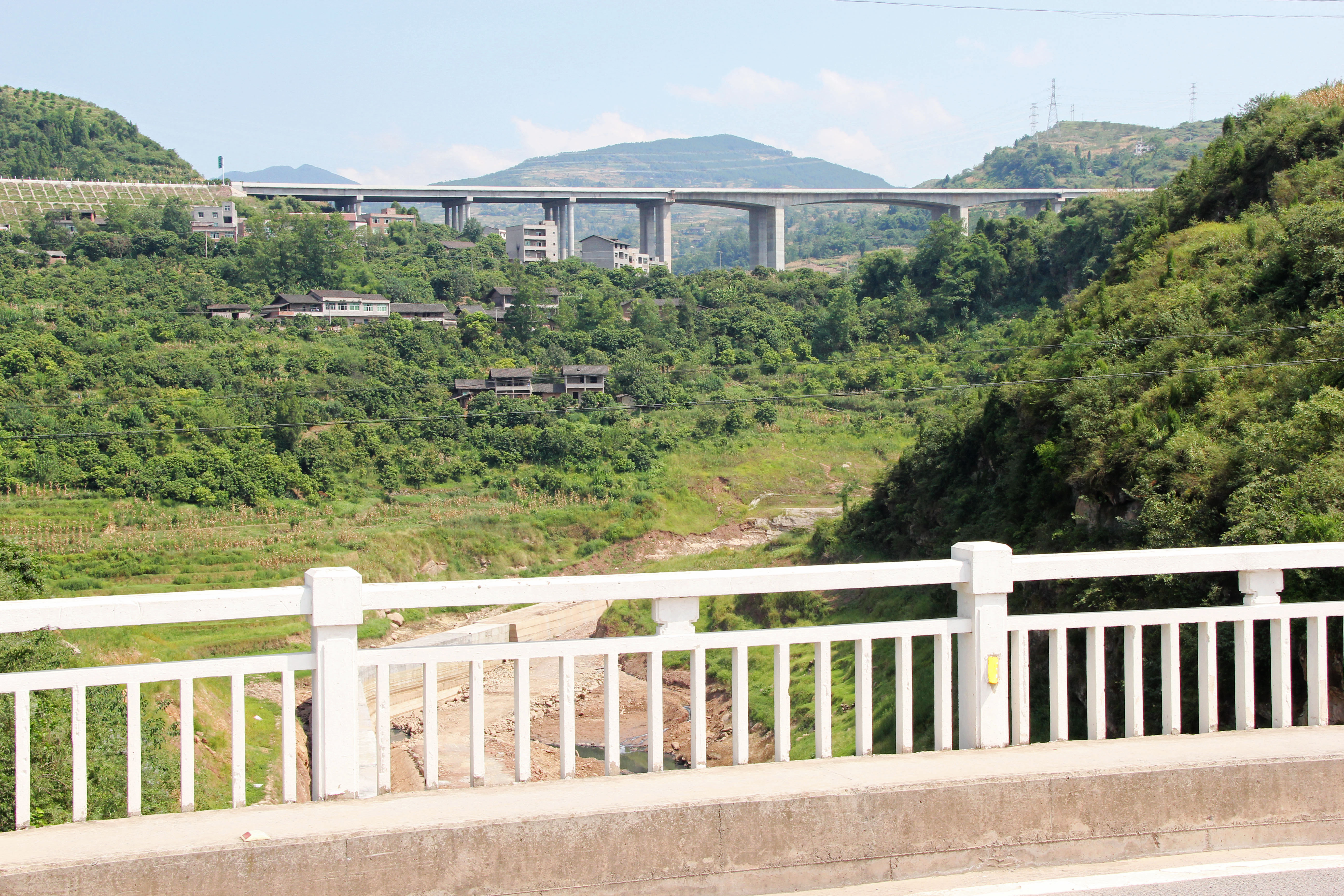 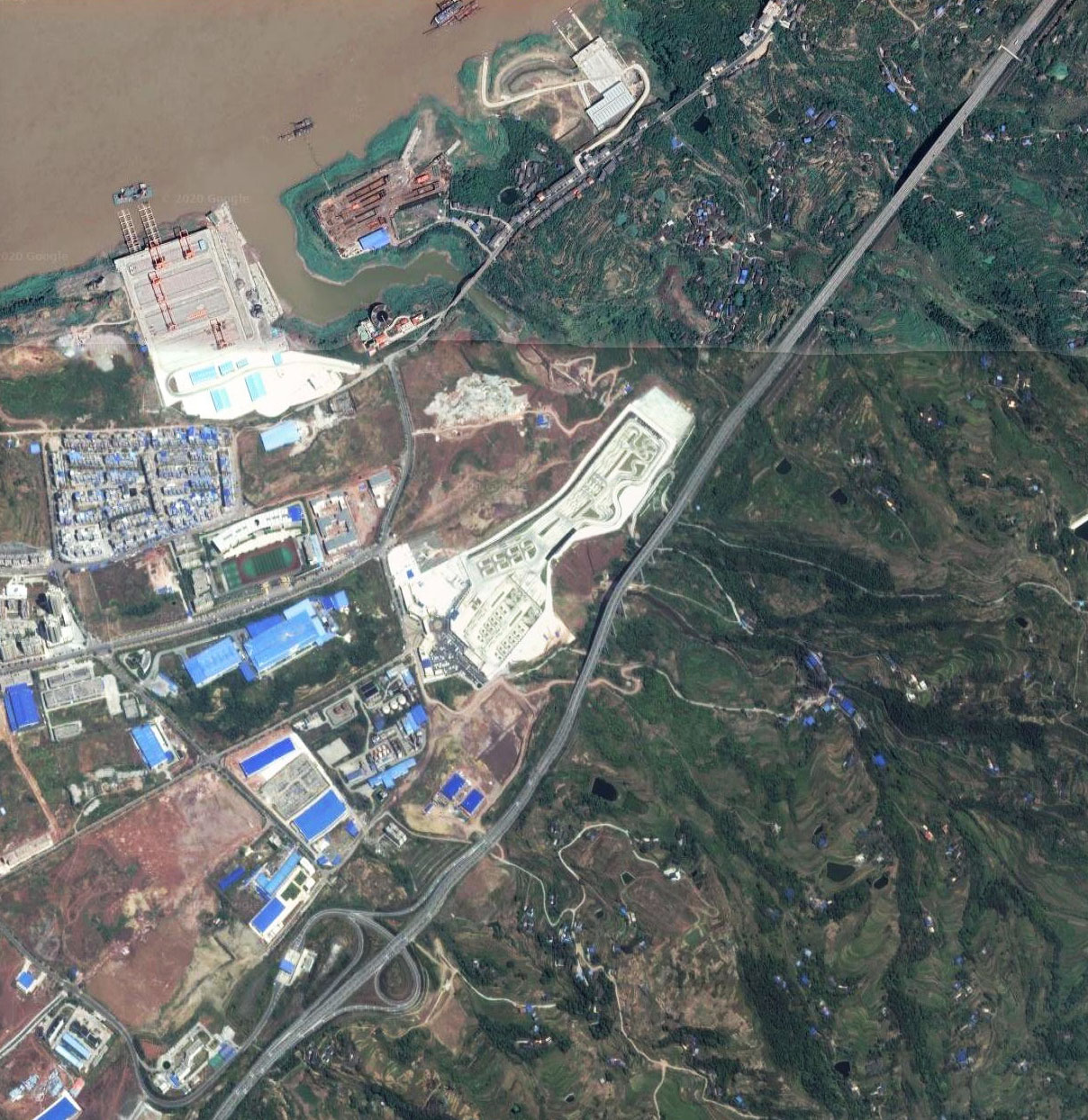 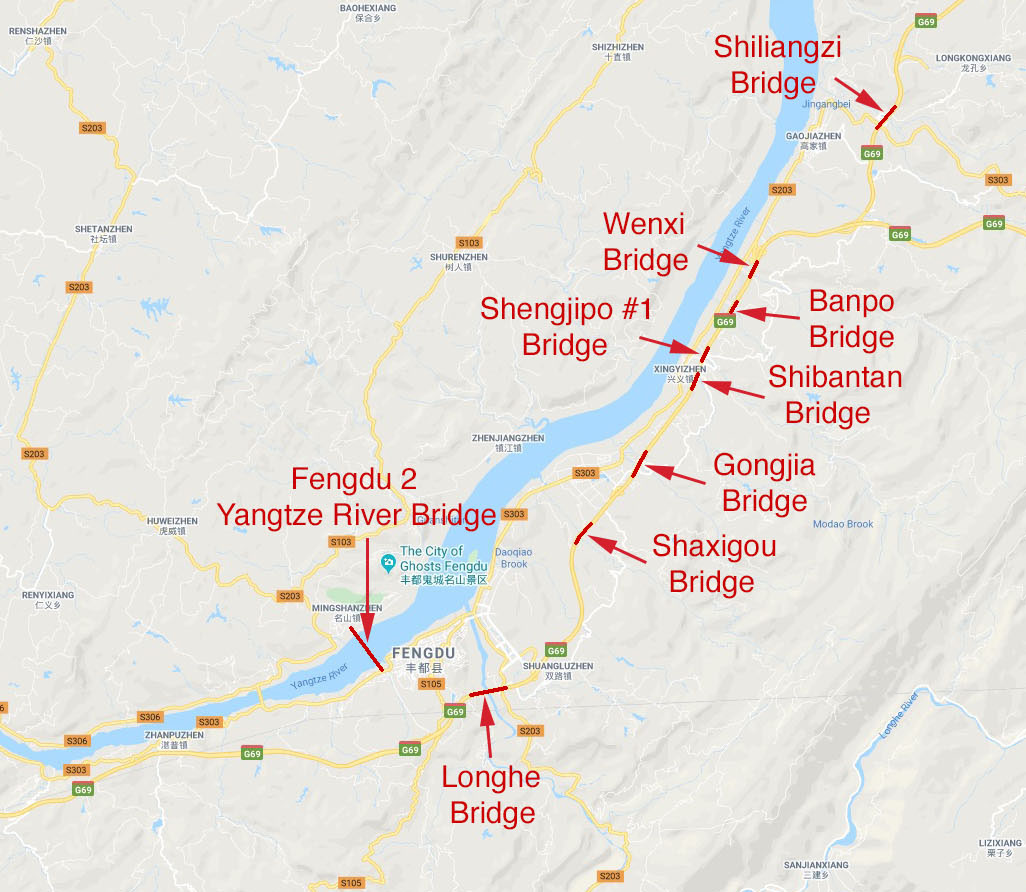