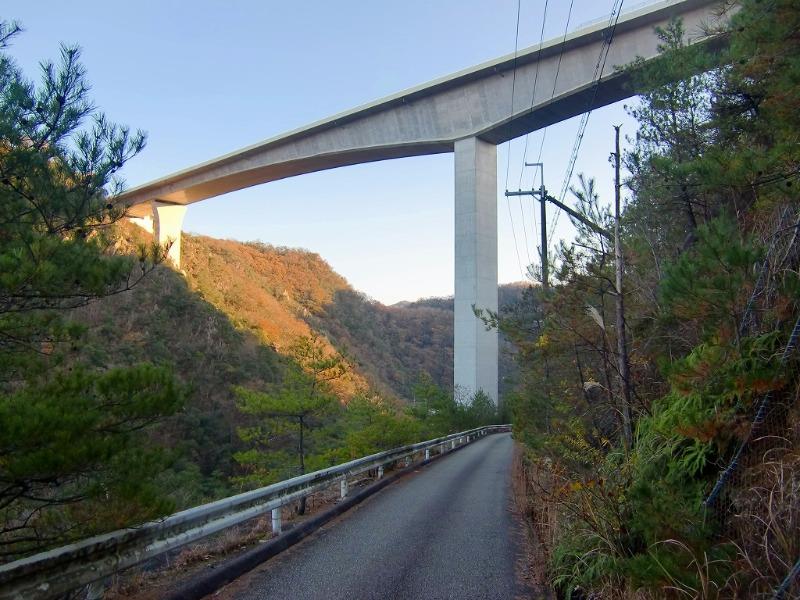 Kawashimogawa Bridge is one of Japan's largest single pier T-beam spans with a main pier 95 meters tall. The bridge is one of several major crossings along the 4-lane New Meishin Expressway in Hyogo Prefecture.

The engineers were able to maintain a narrow profile for the tall pier by applying high-strength re-bars as well as high-strength concrete. The 300 meter long Kawashimogawa Bridge consists of a 24 meter wide deck supported by a span configuration of 120+143+37 meters. The two-cell box girder varies in depth from 12 to 4 meters.

During construction the main pier started to lean slightly for no known reason. This small tilt of +54mm and -62mm was corrected by pulling the box girder towards abutment A2 with temporary post tensioning bars.

Just to the west along the Shin Meishin expressway is the award winning Mukogawa extradosed bridge with its butterfly web panels and pre-cast circular piers. 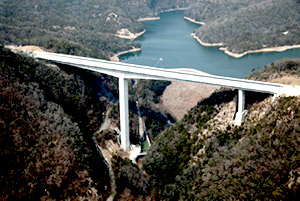 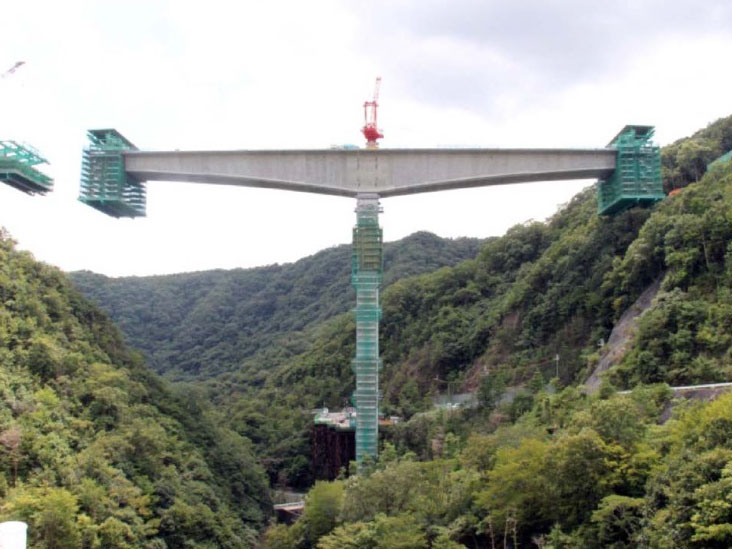 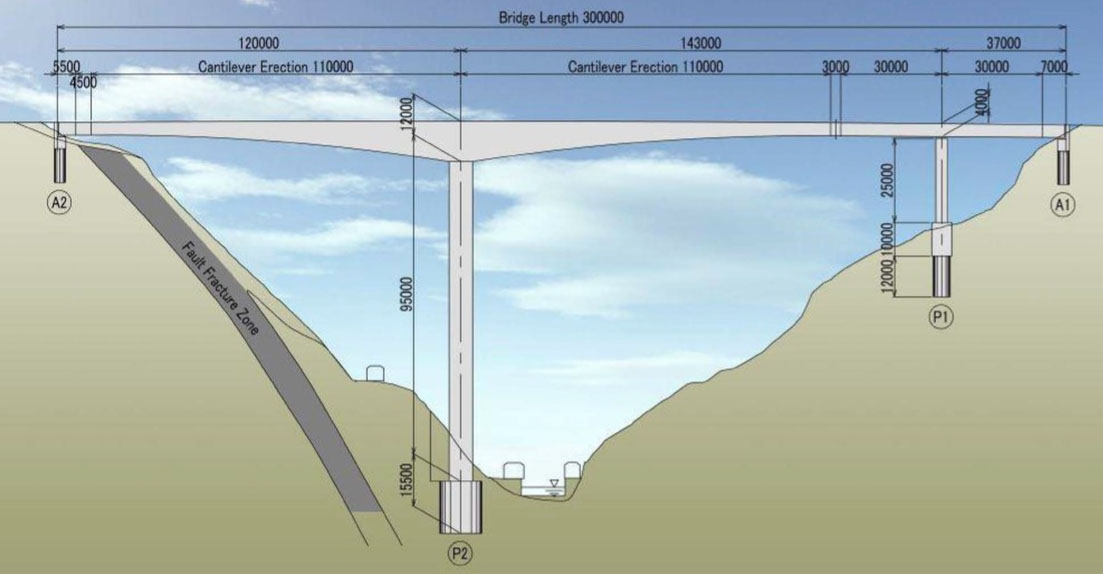 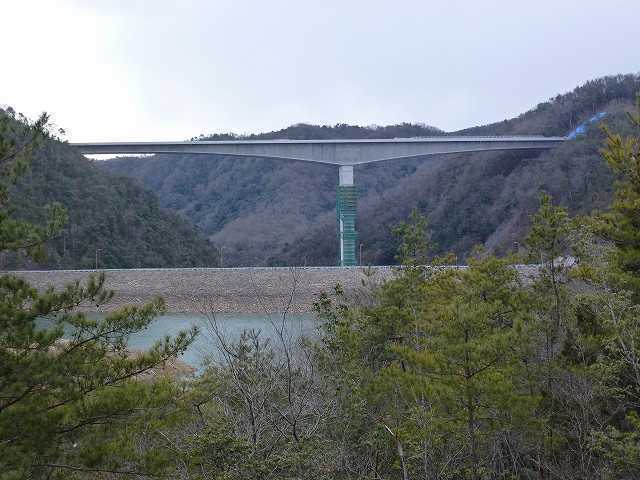 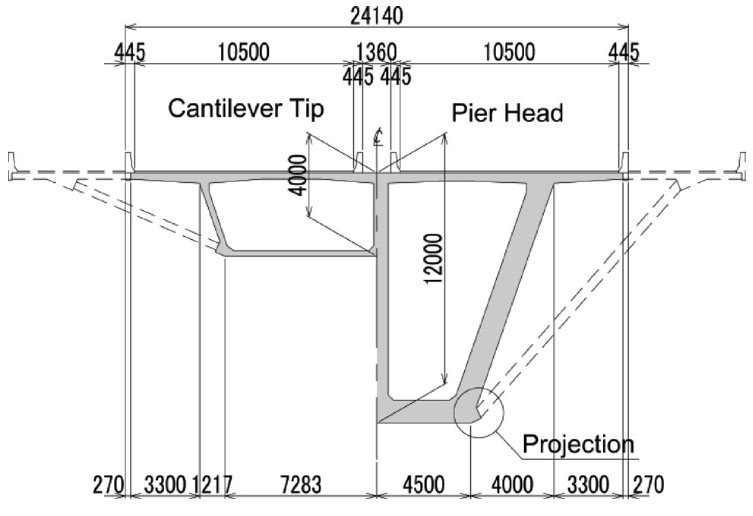 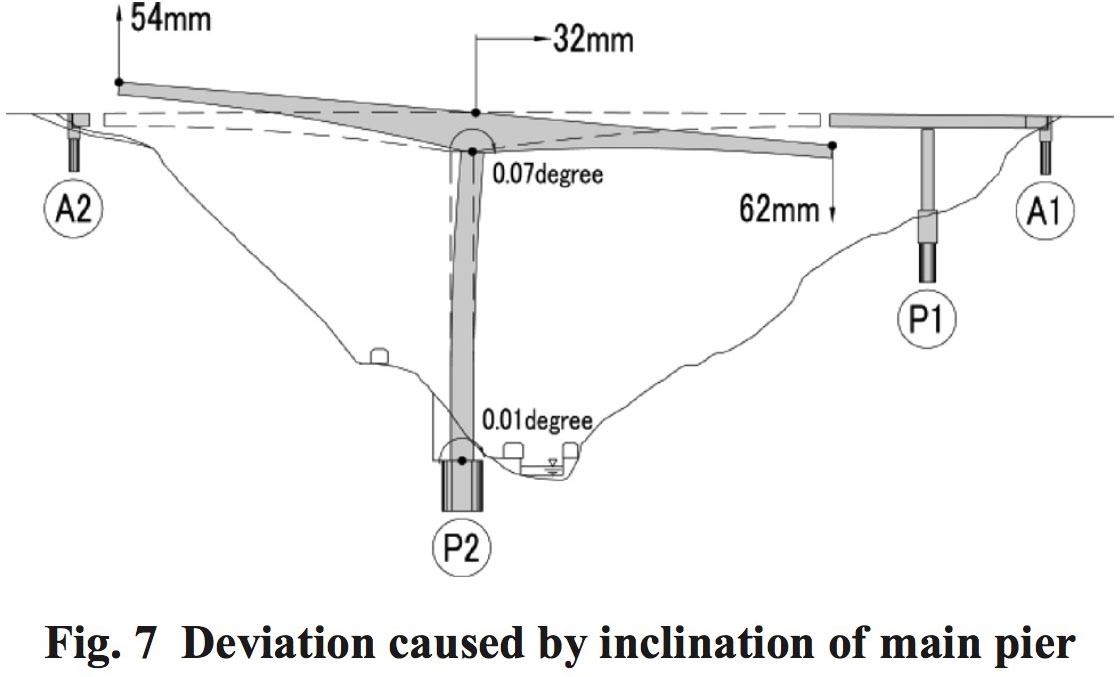 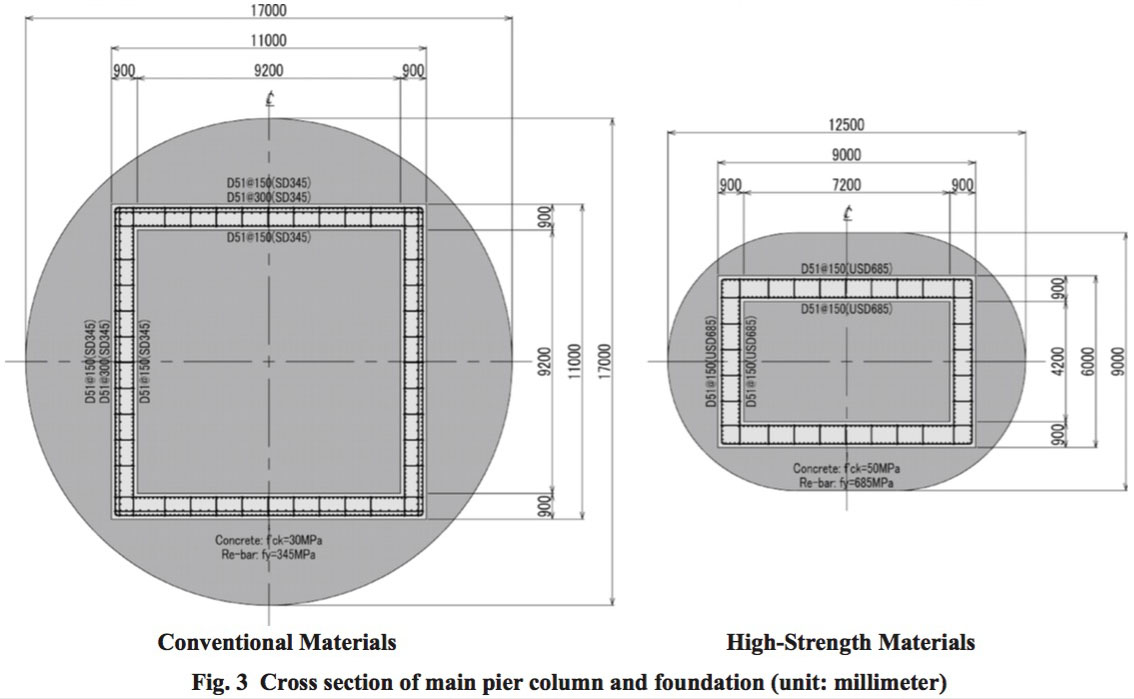 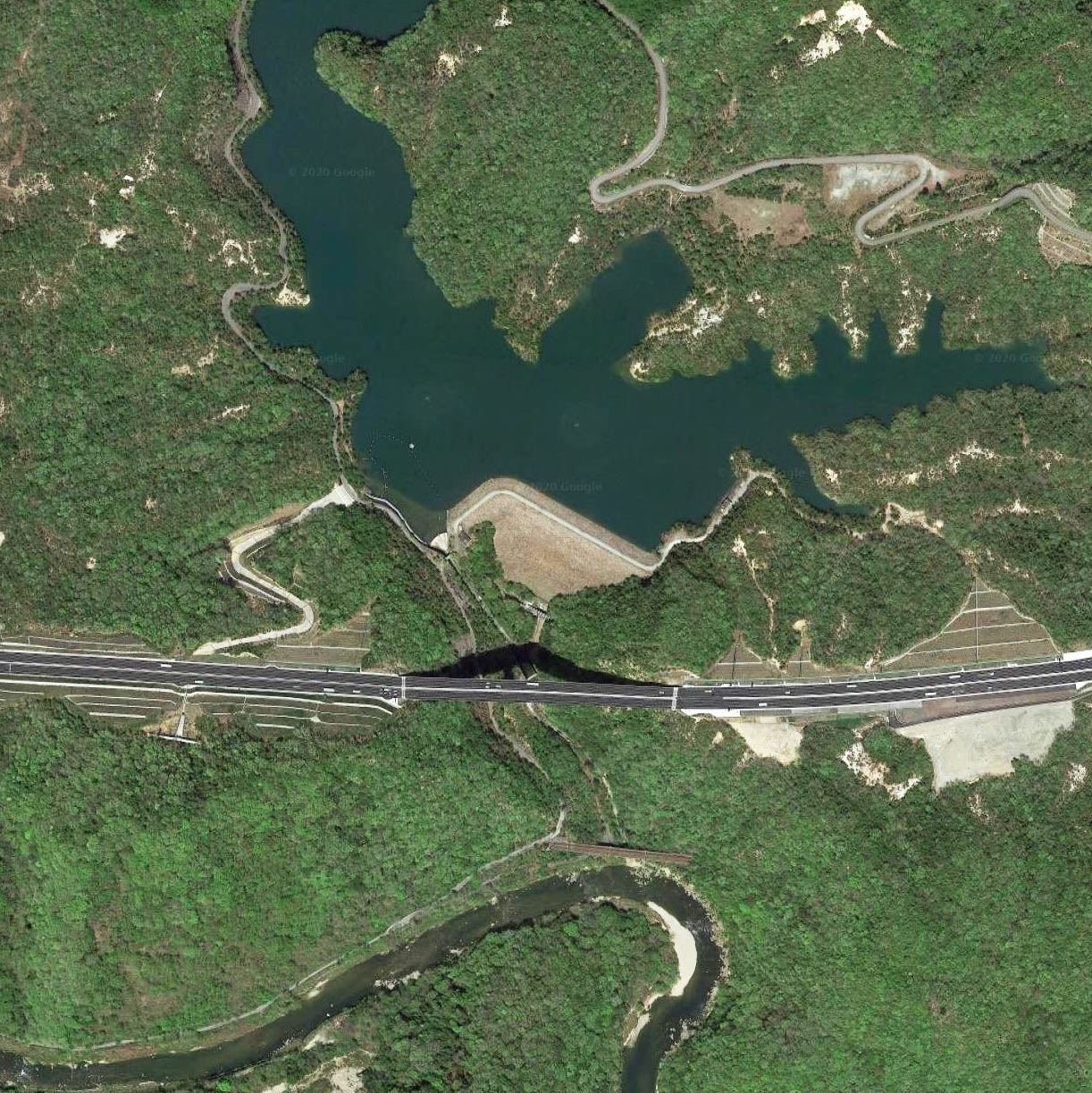 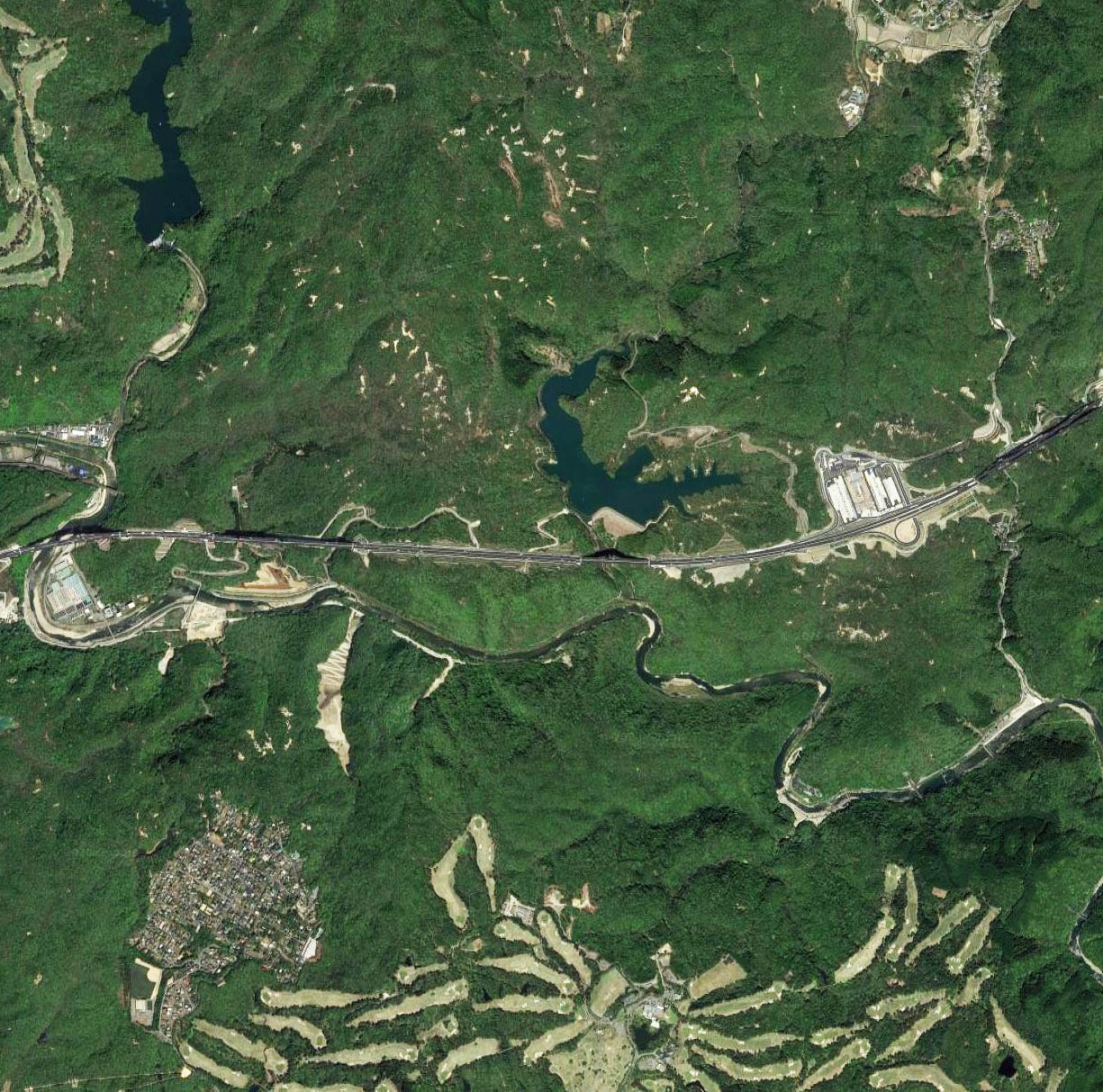 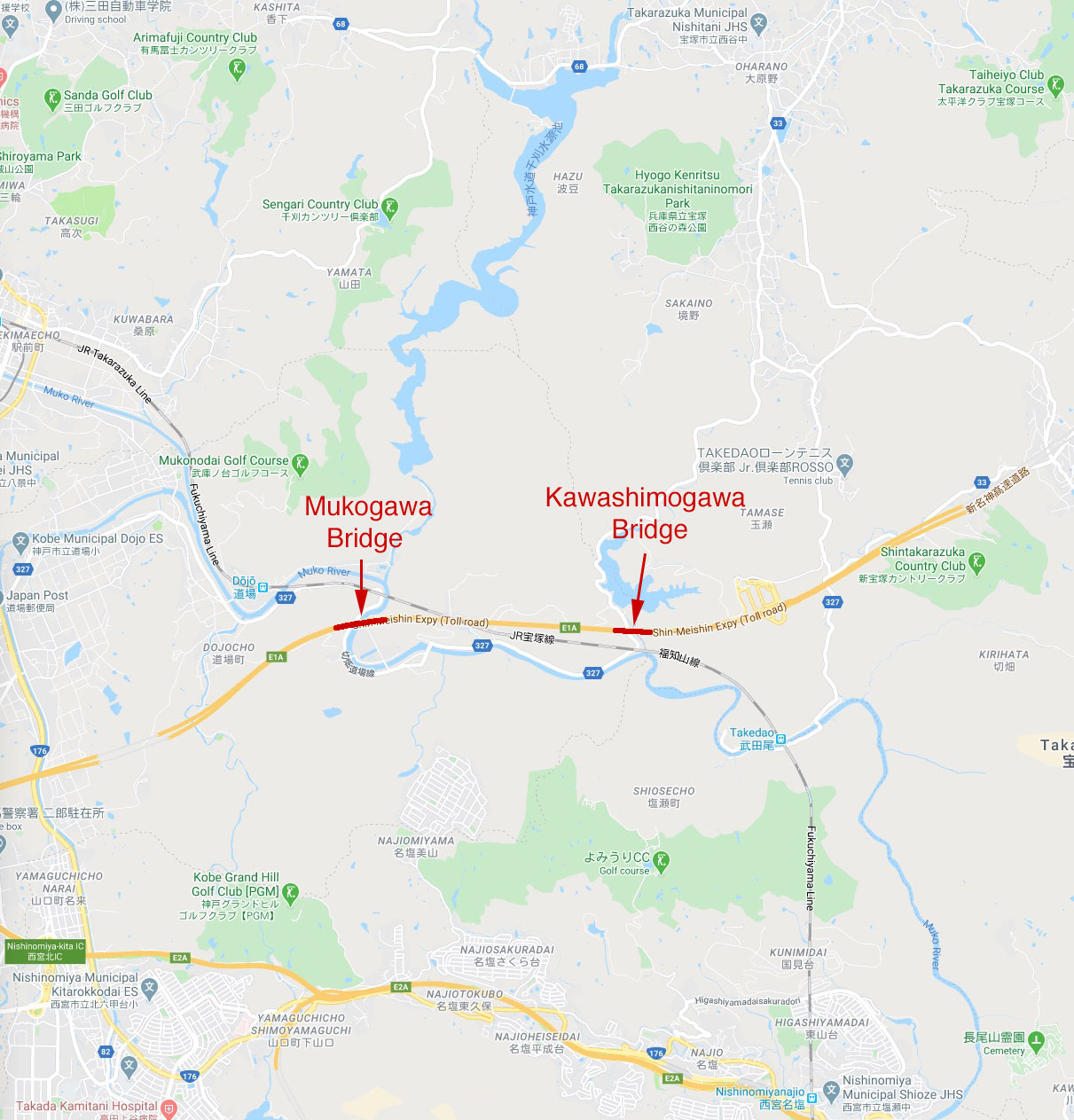 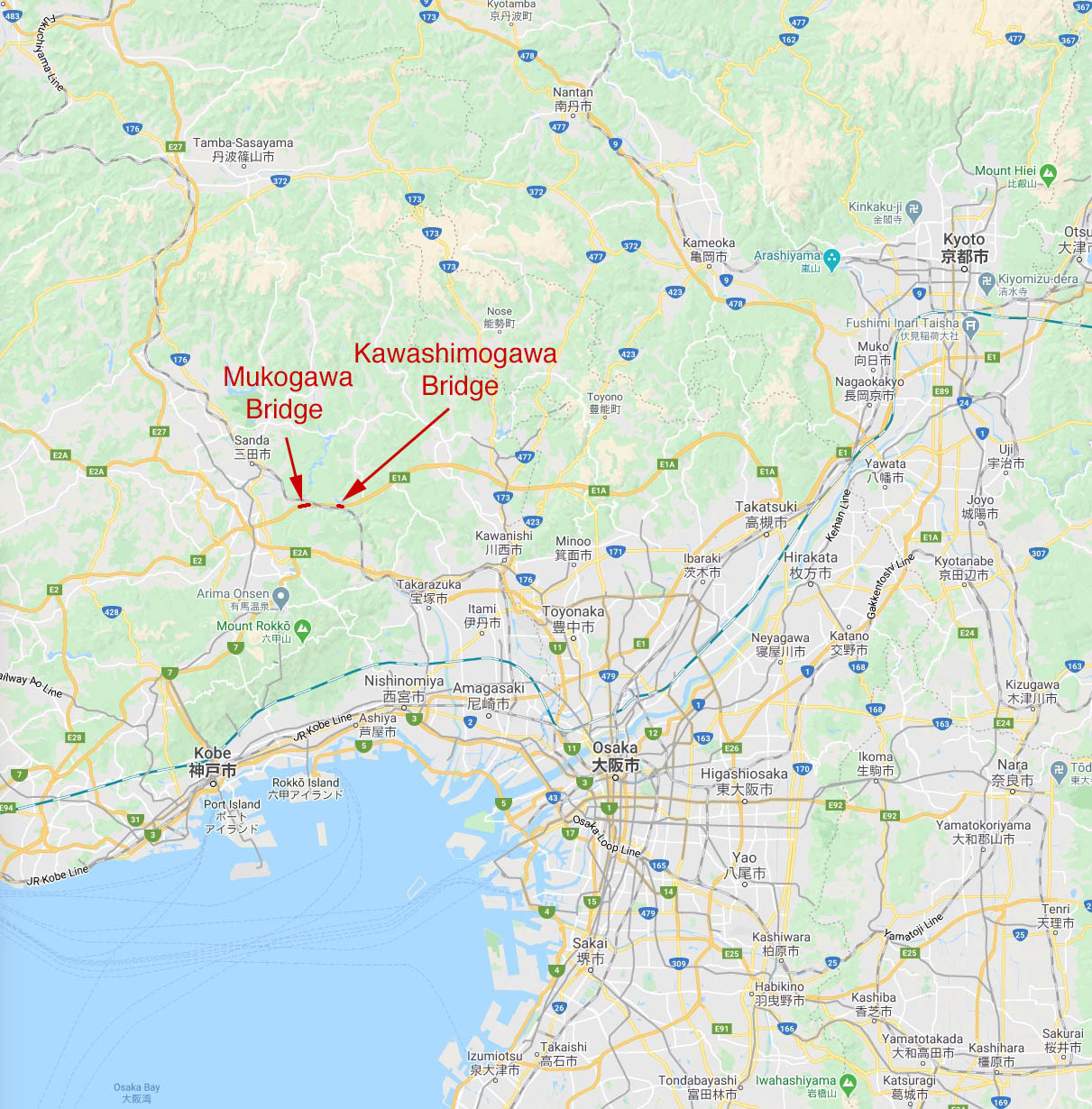