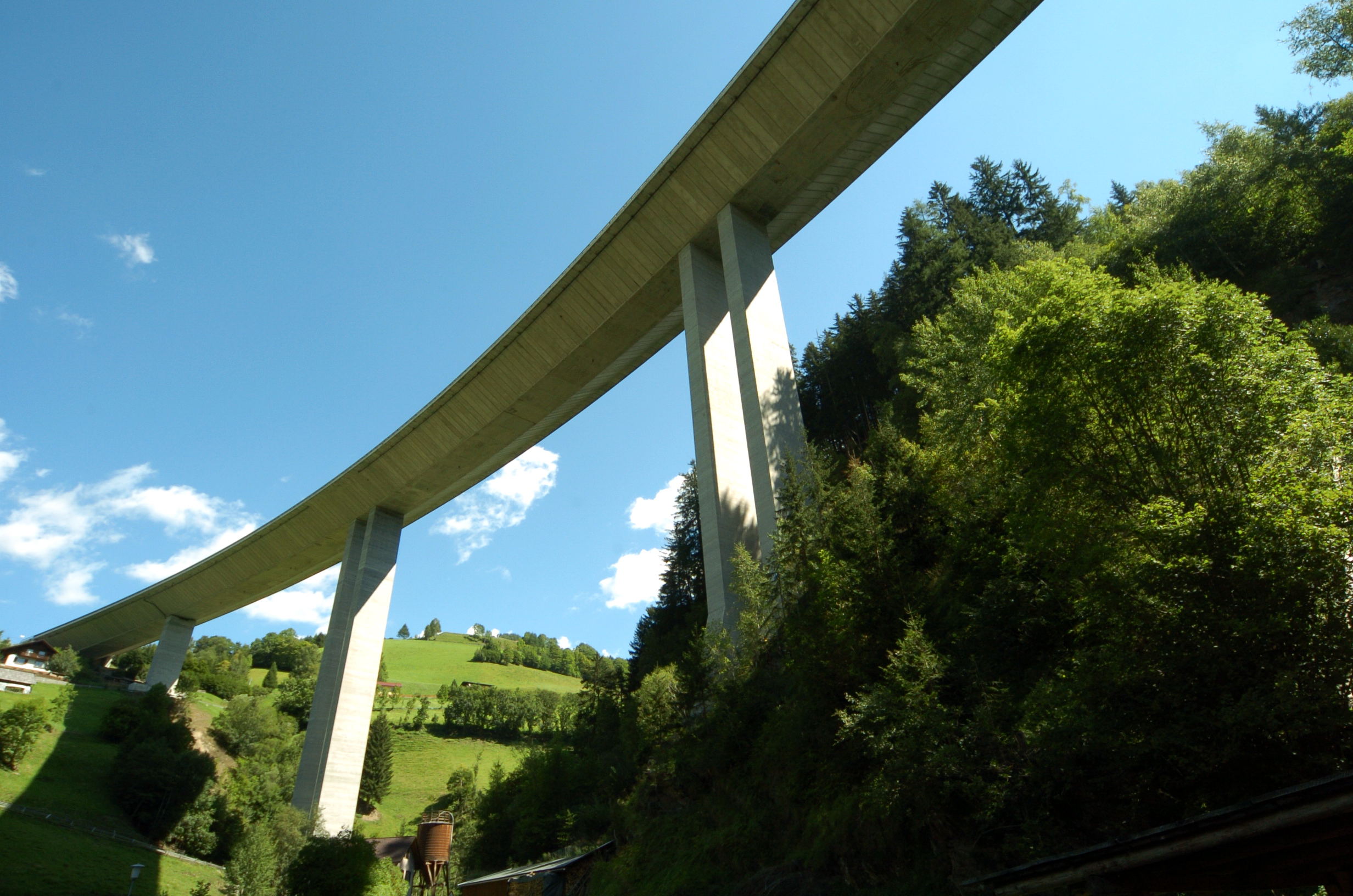 Perched along a steep mountain slope in the Lieser Valley region of Austria are the two large bridges known as the Kremsbrücke and Pressingberg. Combined with another bridge called Rauchenkatsch, the 3 viaducts have a total length of 14,127 feet (4,306 mtrs), making for one of the longest stretches of continuous bridge in the country.

All of these structures are on the spectacular A10 Tauern highway which connects Salzburg with Spittal. By hugging the steep slopes above the small towns and villages, the engineers were forced to build many long viaducts and bridges that glide above the tree tops. The highway also has many tunnels which make up 15 miles (24 kms) of the total length of 119 miles (192 kms). The highway was finally completed in 1988.

The highest of the 3 back-to-back bridges is Kremsbrücke which crosses a deep cut at the mouth of the Krems River. All 4 lanes of the bridge were placed on one superstructure 84 feet (25.5 mtrs) wide, supported by a box girder 24.6 feet wide (7.5 mtrs) and 16 feet (5 mtrs) deep. Inclined struts support the sides of the road. Maximum pier height is 276 feet (84 mtrs) with a total road height of at least 328 feet (100 mtrs).

The Tauern Autobahn has several other high bridges including the Talübergang Larzenbach on the northern end of the A10 which stands 375 feet (114 mtrs) high and the Talübergang Leoben and Eisentratten - both in the 295 foot height (90 mtr) range and not too far from Kremsbrücke. 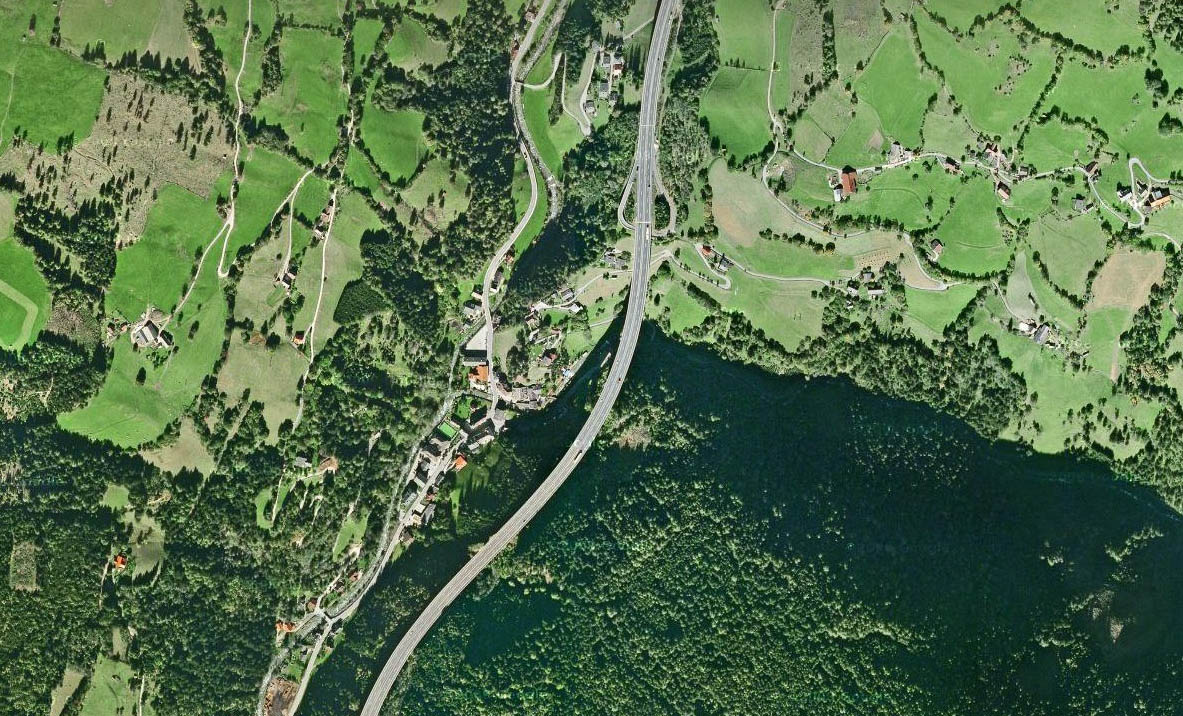