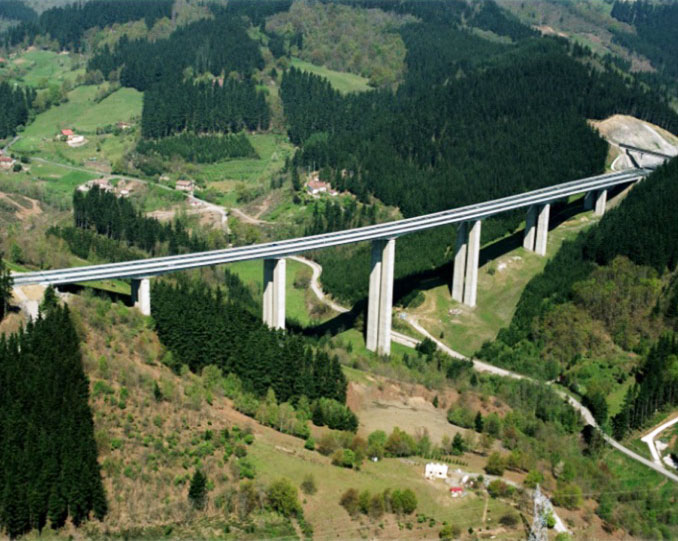 The highest bridge on the new AP-1 highway between the Spanish cities of Vitoria-Gasteiz and Eibar, the Marin Viaduct rises approximately 328 feet (100 mtrs) with a maximum pier height of 318 feet (97 mtrs). The stretch between Eskoriatza and Urbina was the most difficult to build with several large tunnels and viaducts making up 51 percent of the total highway length of 6.7 miles (10.8 kms). In addition to the 1,962 foot (598 mtr) long Viaducto de Marin, there is the nearby Viaducto de Zarimutz and the Viaducto Mazmela. The Zarimutz Bridge is probably about 295 feet (90 mtrs) high. The Isuskitza tunnel is one of Spain’s longest at 2.1 miles (3.4 kms). 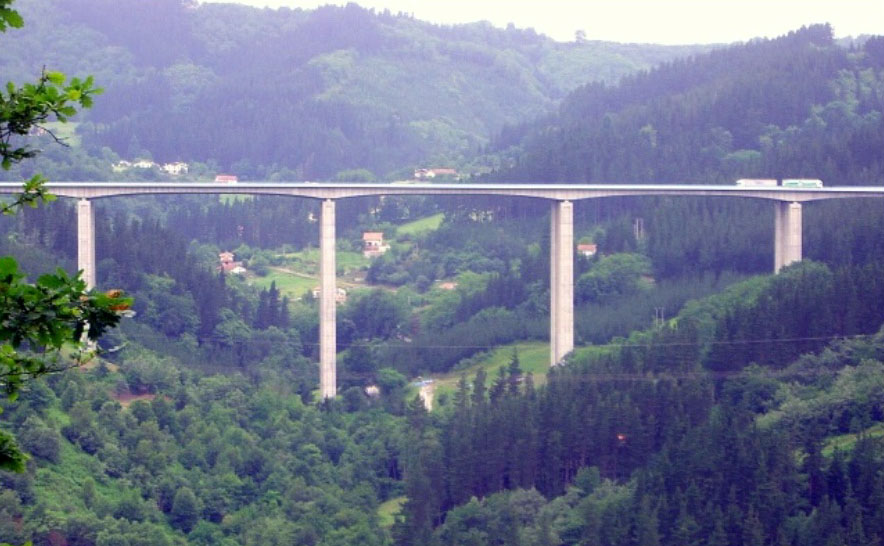 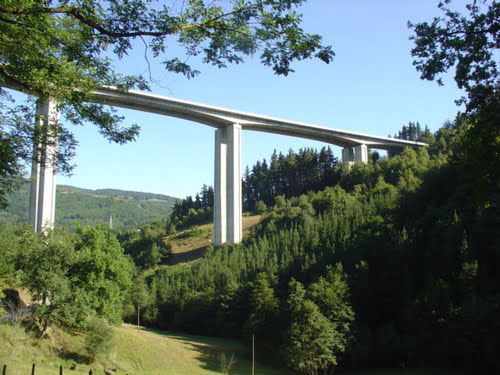 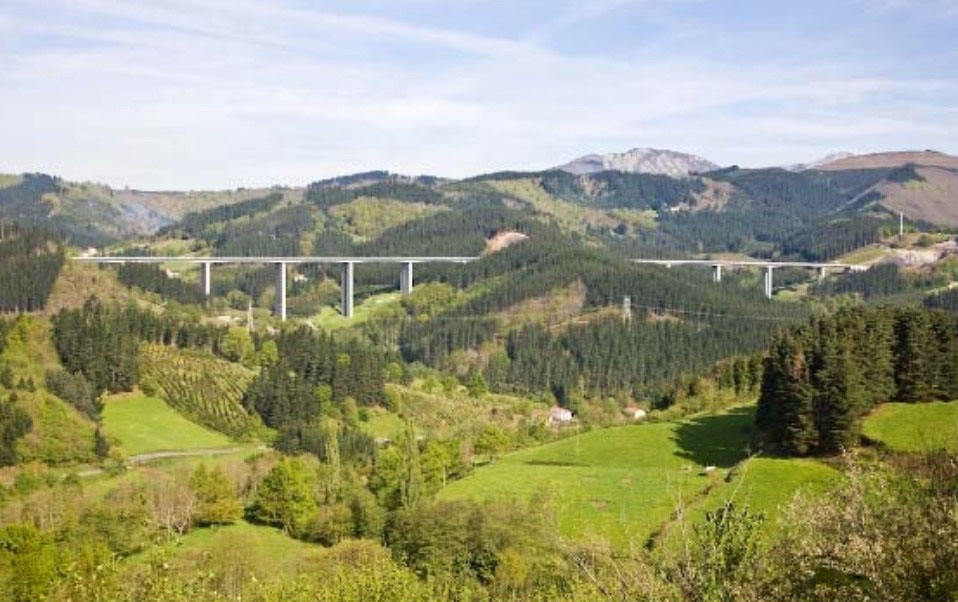 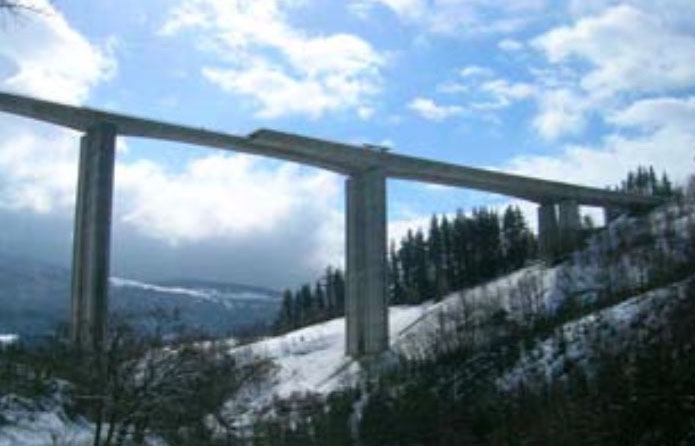 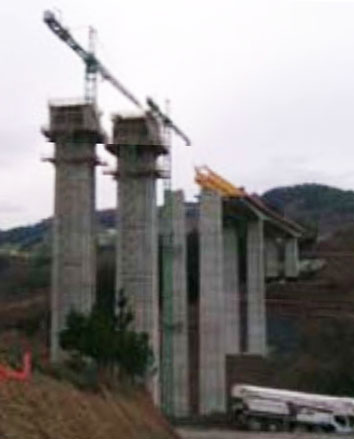 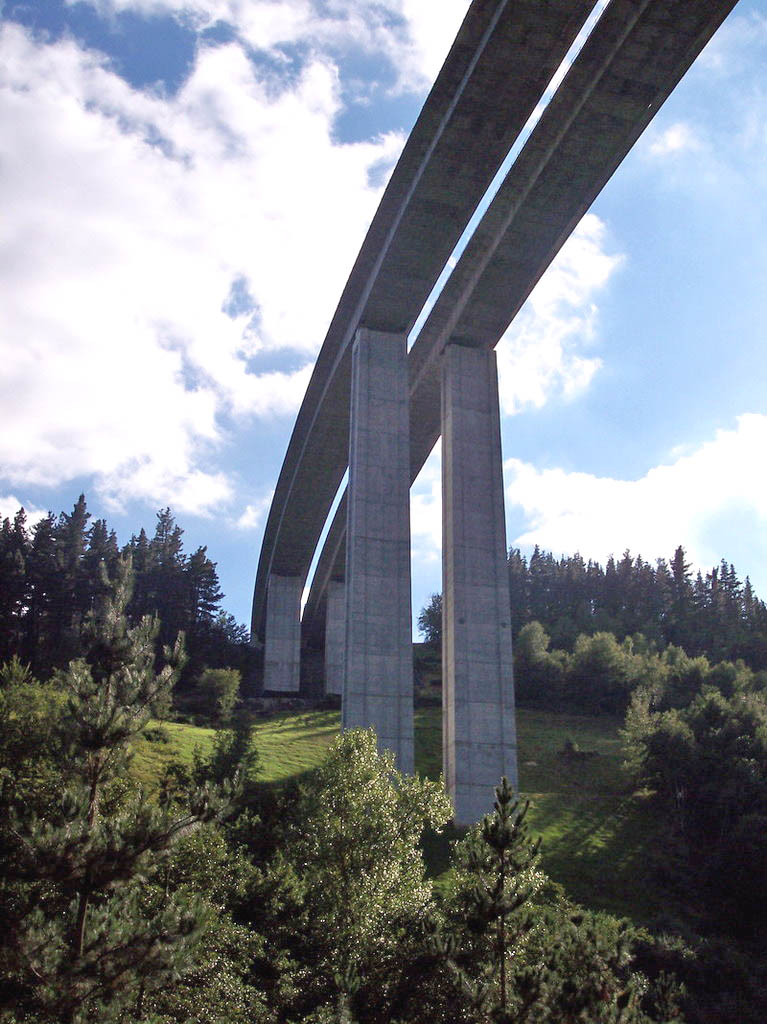 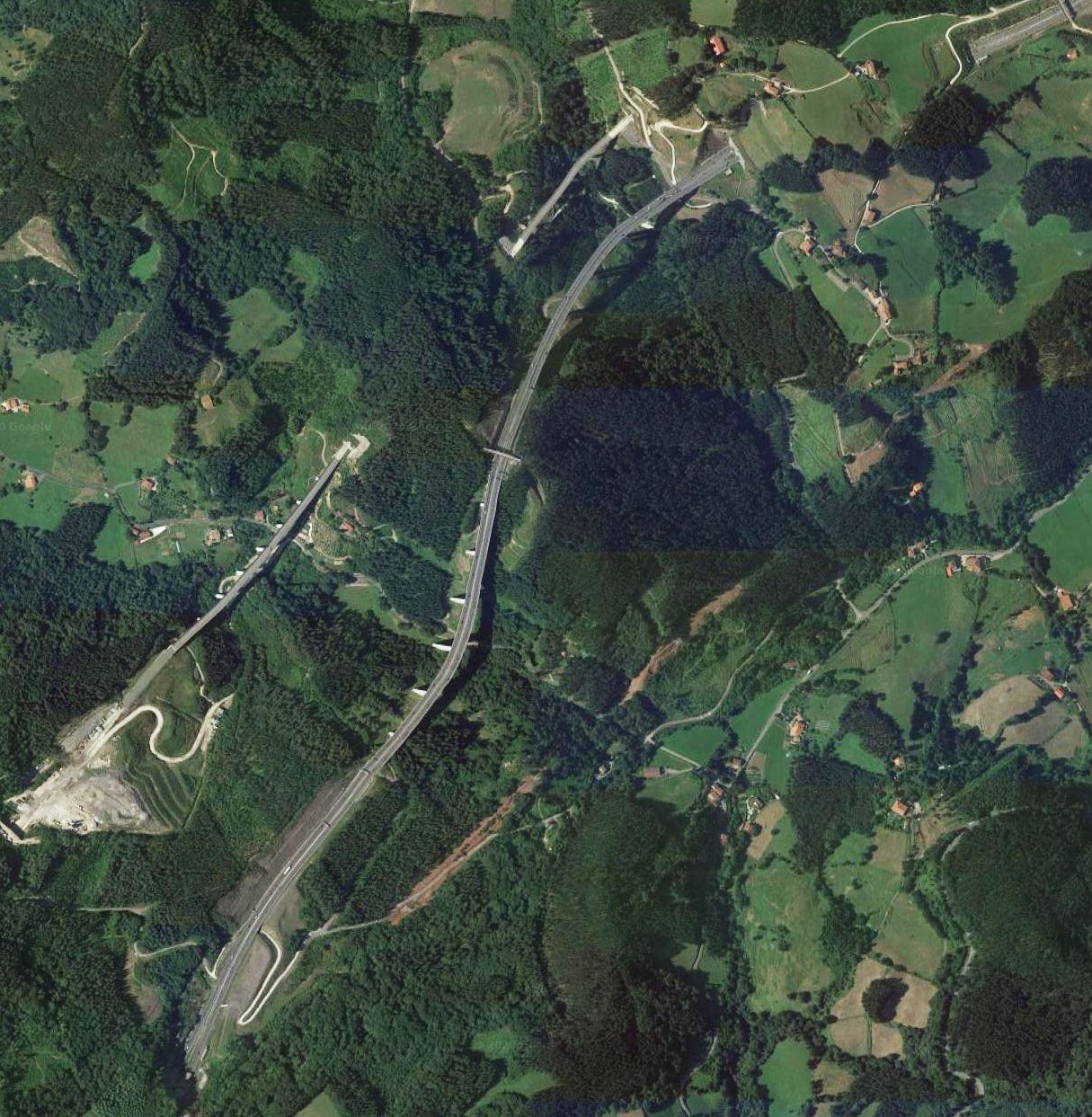 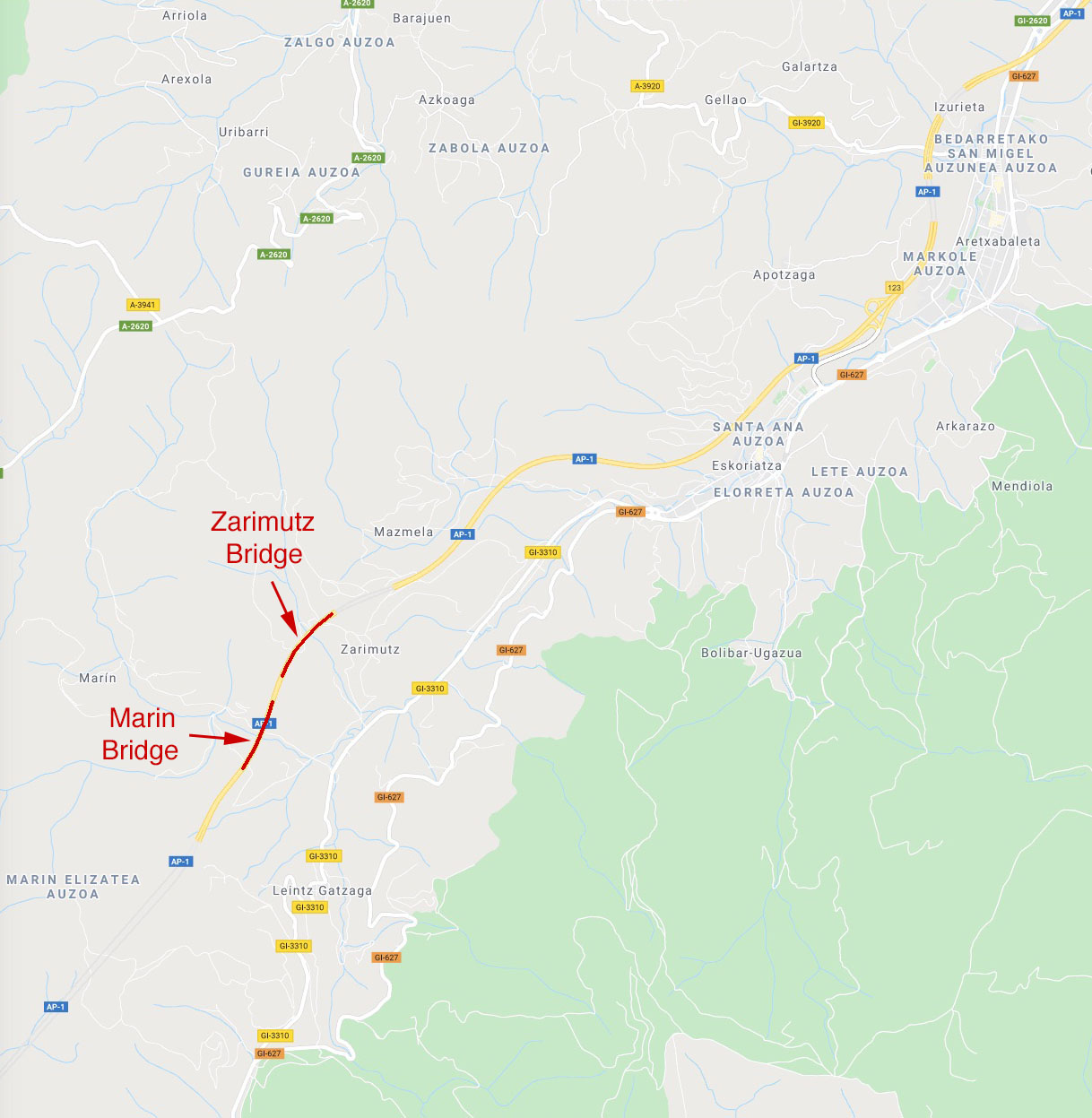 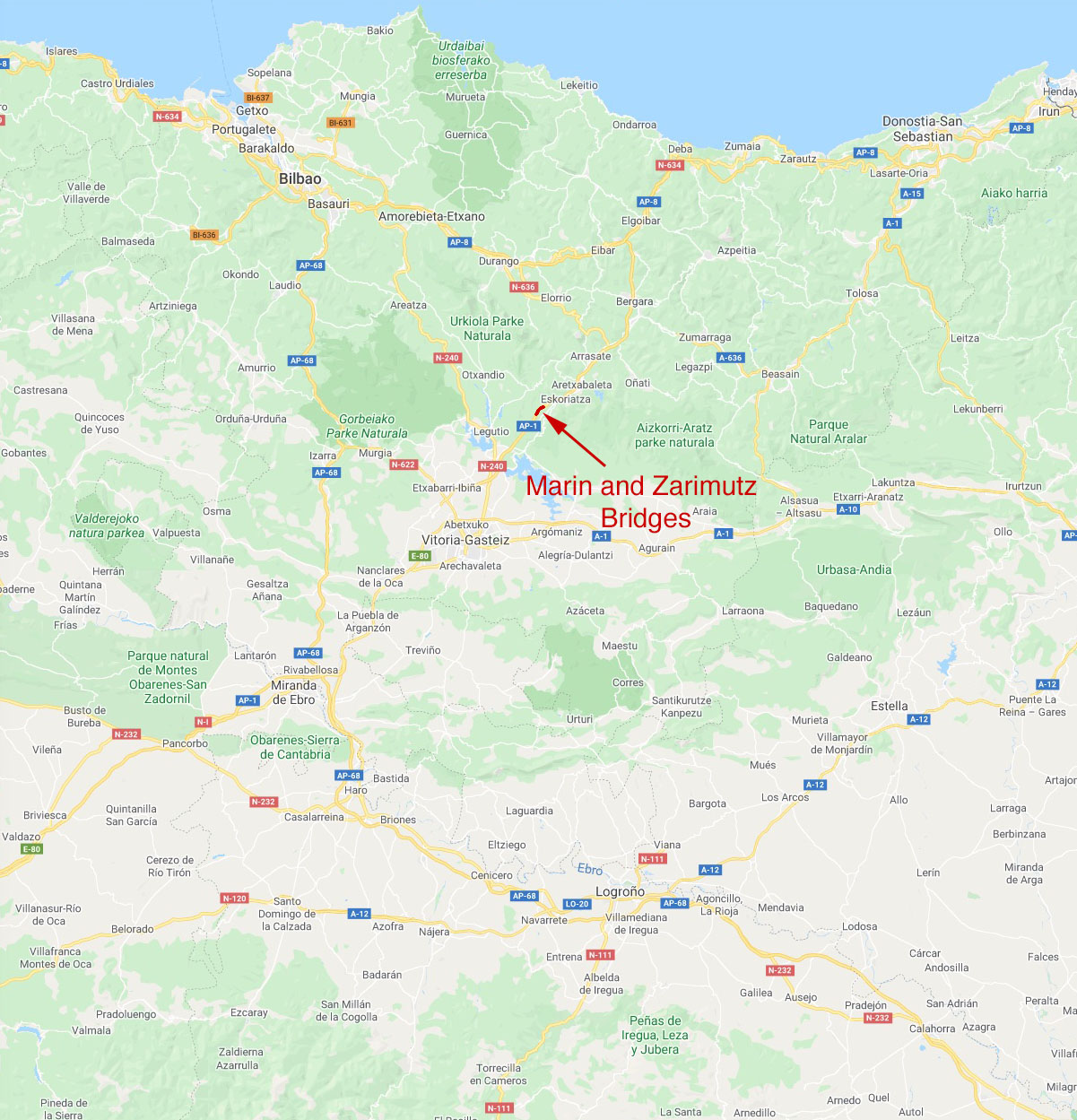