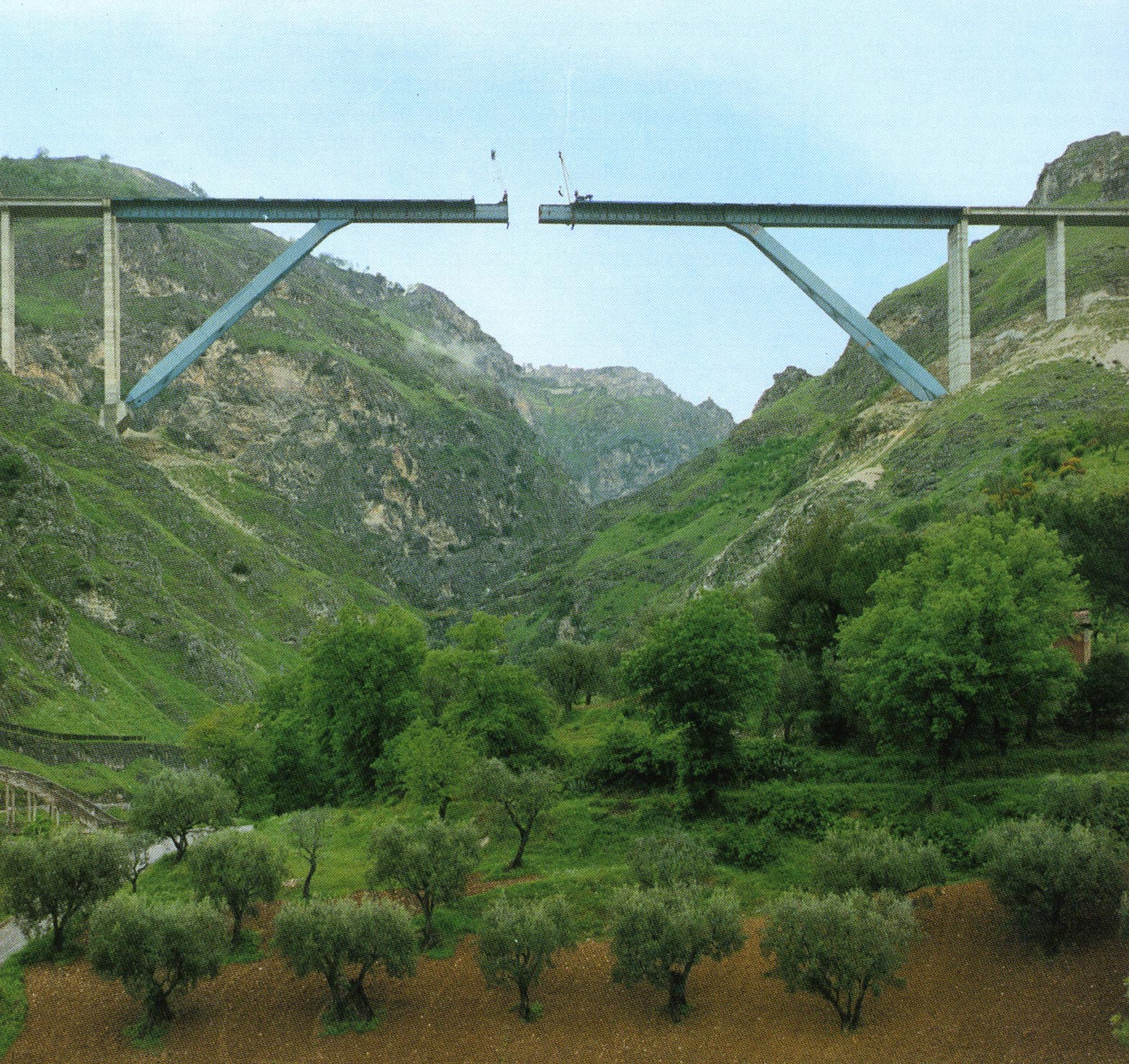 The Platano viaduct is the third highest bridge in Italy and the second highest frame bridge in the world after Sfalassa - also located in Italy. Like Sfalassa, the Viadotto Platano was built in large sections on either side of the gorge. One of the struts was built vertically in sections before being tilted out over the gorge. The other strut was built in one large piece in a staging area before it was rolled out to the edge and then flipped over and down into the gorge. The central span was then built in small sections by more conventional moving cranes that eventually met in the middle. The movement of such large box beams is something the Italians did with several large steel box beam bridges from the 1970s and 80s including Sfalassa, Rago and Piave. All 3 are among the world’s 100 highest bridges.

The Platano bridge is located on the E847 Raccordo Autostrada Sicignano-Potenza. The term Raccordo refers to the highway’s function as a connector between a major city and a major motorway. In this case the highway connects the city of Potenza with the A3 Autostrada Salerno-Reggio Calabria. The design is credited to engineers Silvano Zorzi and Sabatino Procaccia who also designed the similar Sfalassa Viaduct. 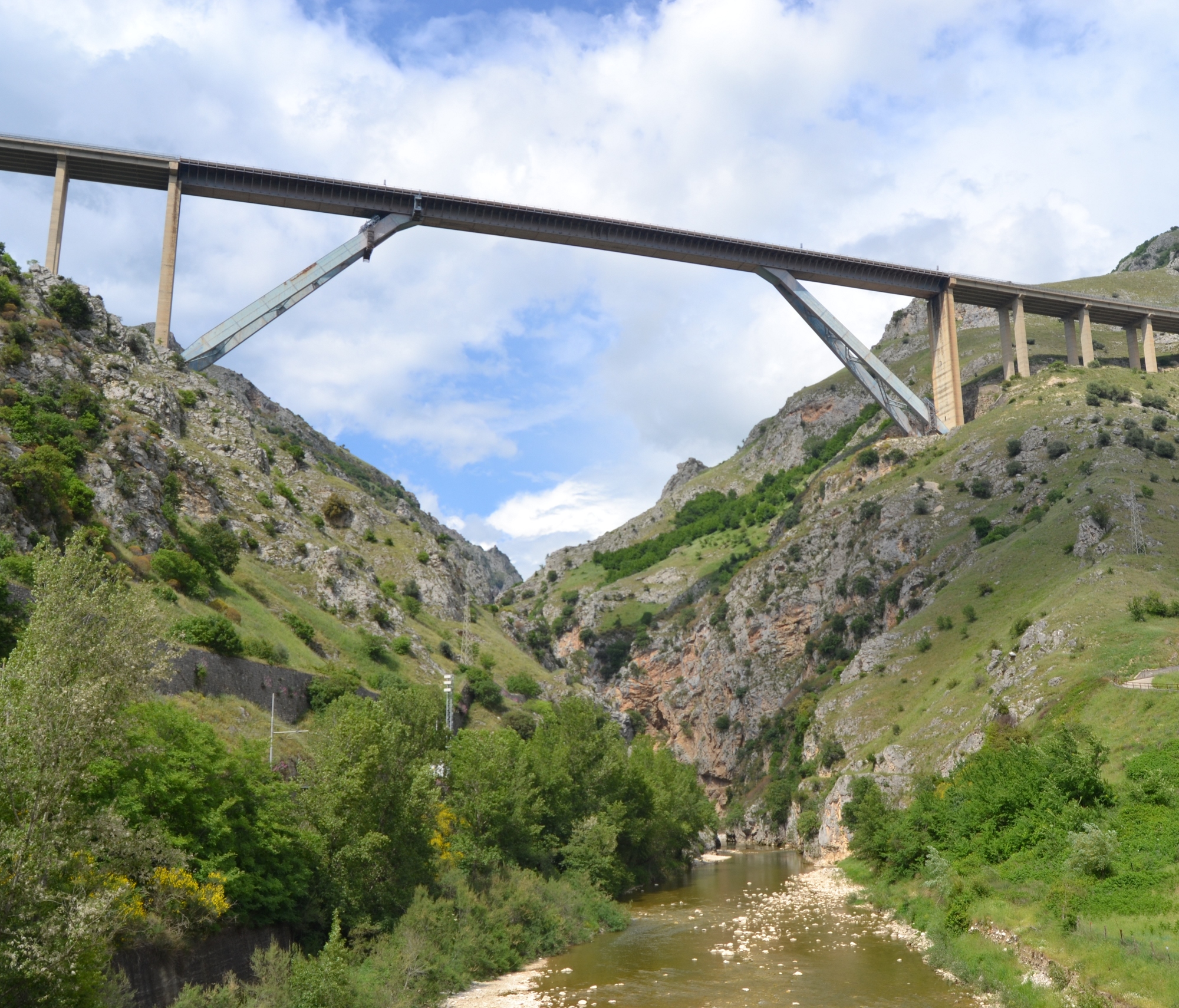 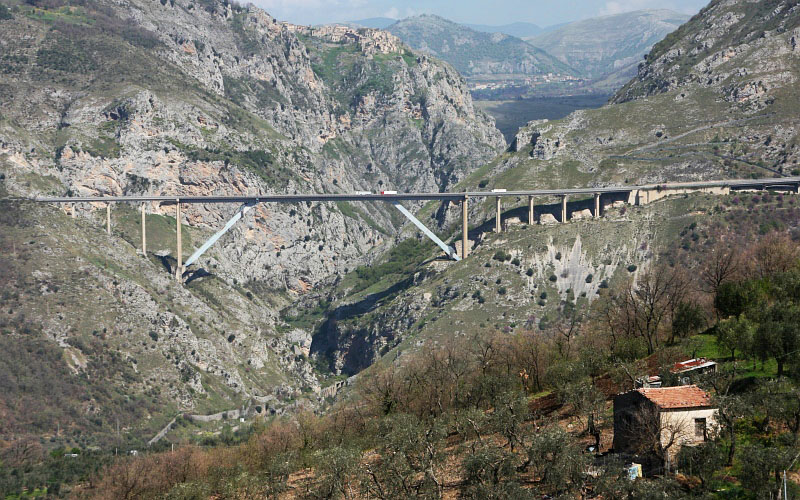 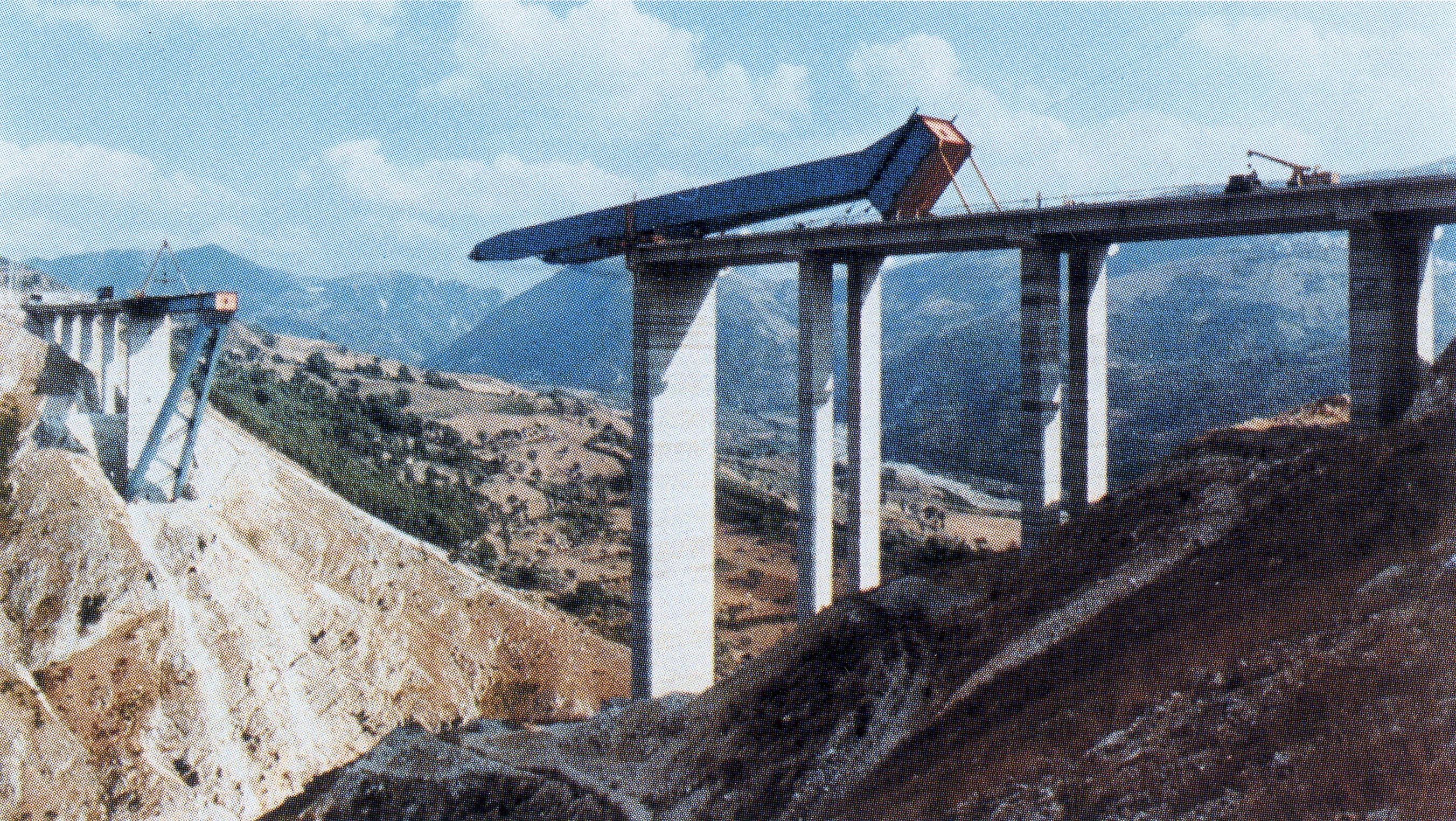 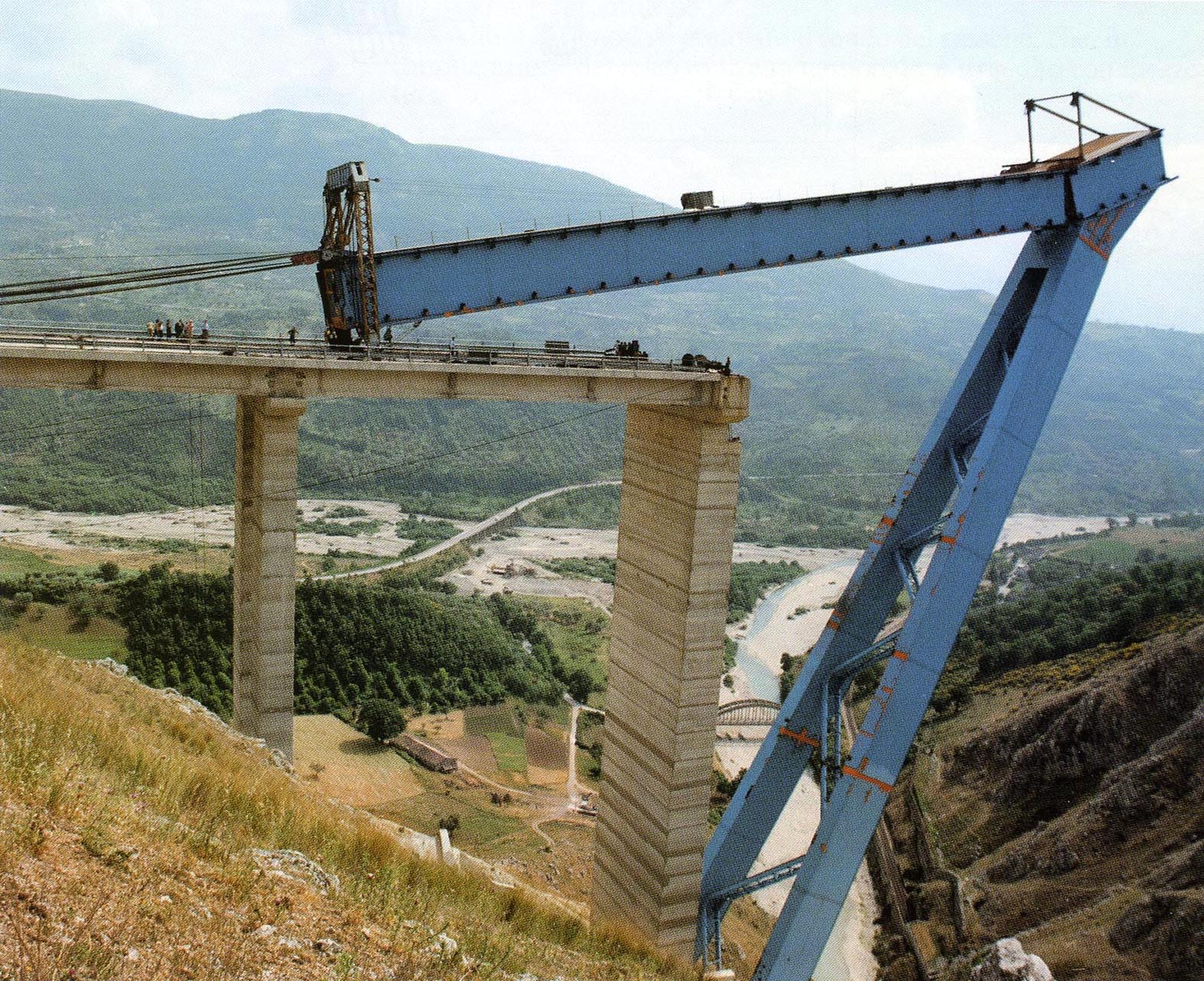 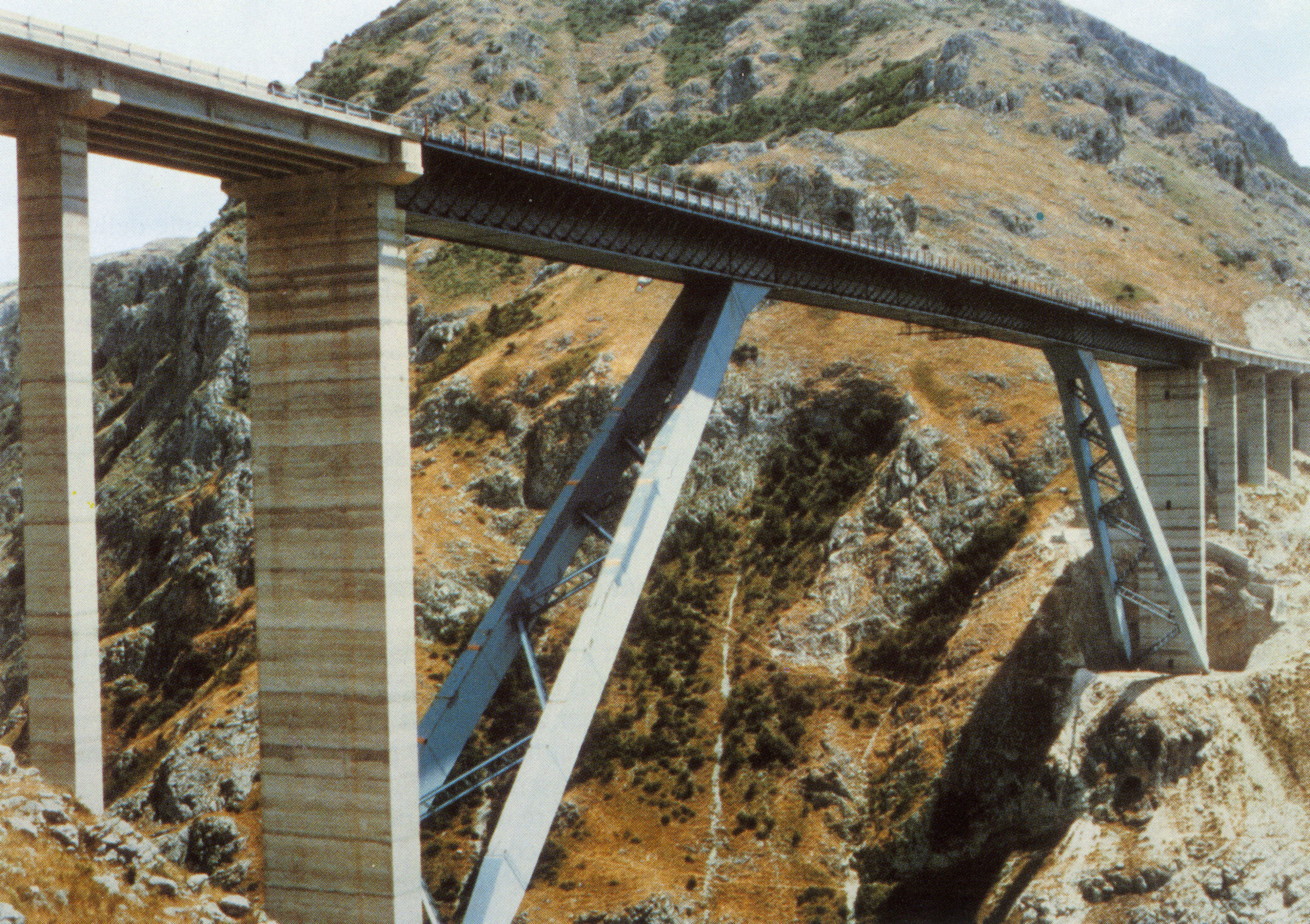 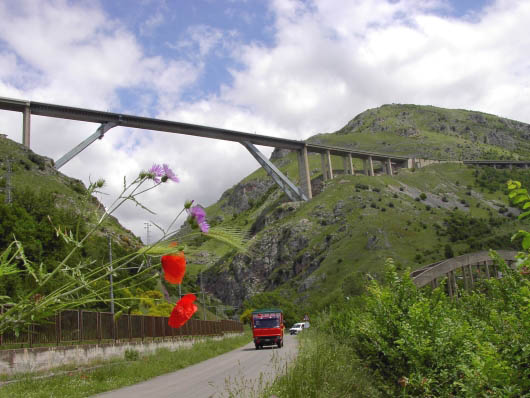 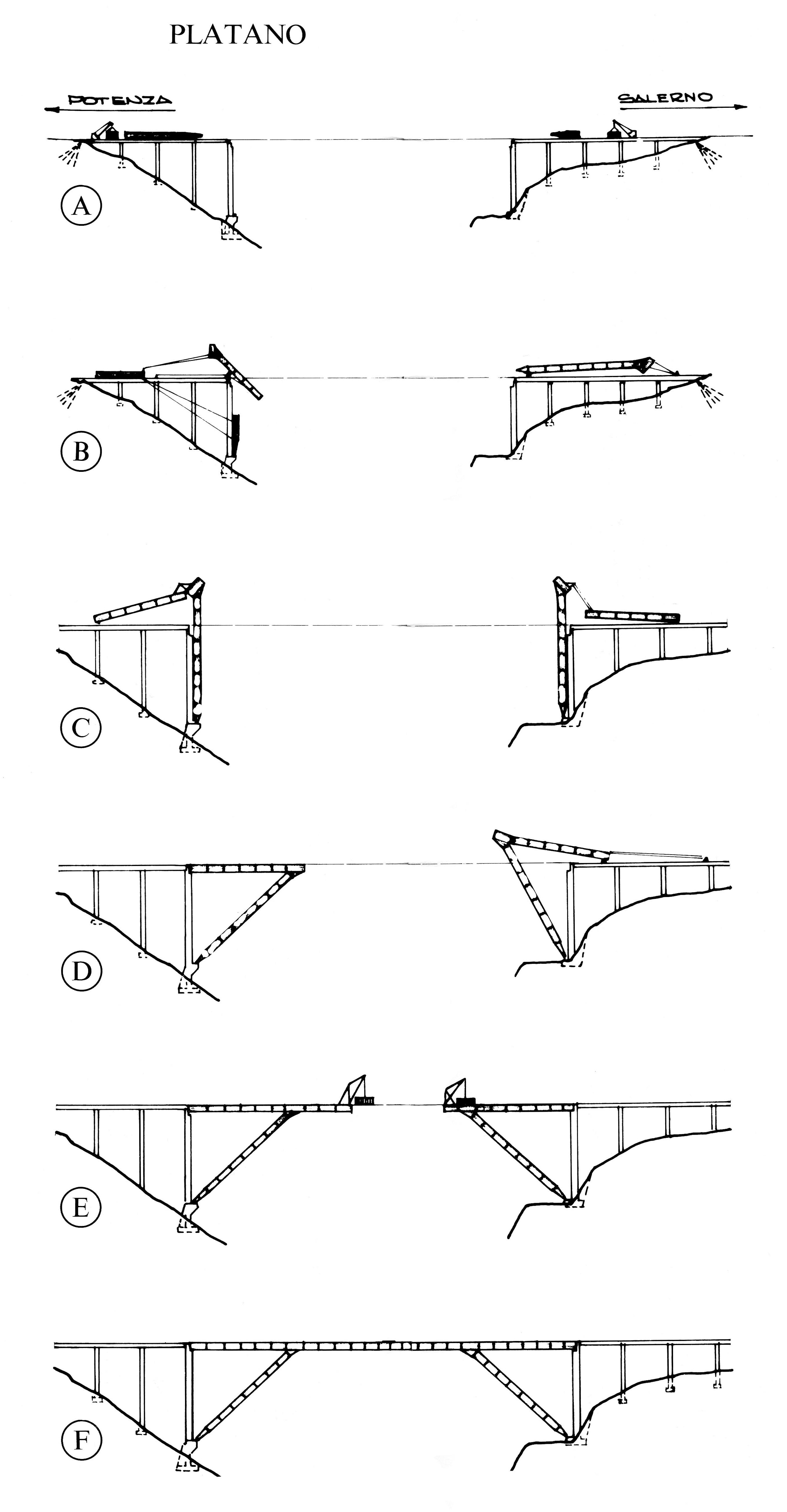 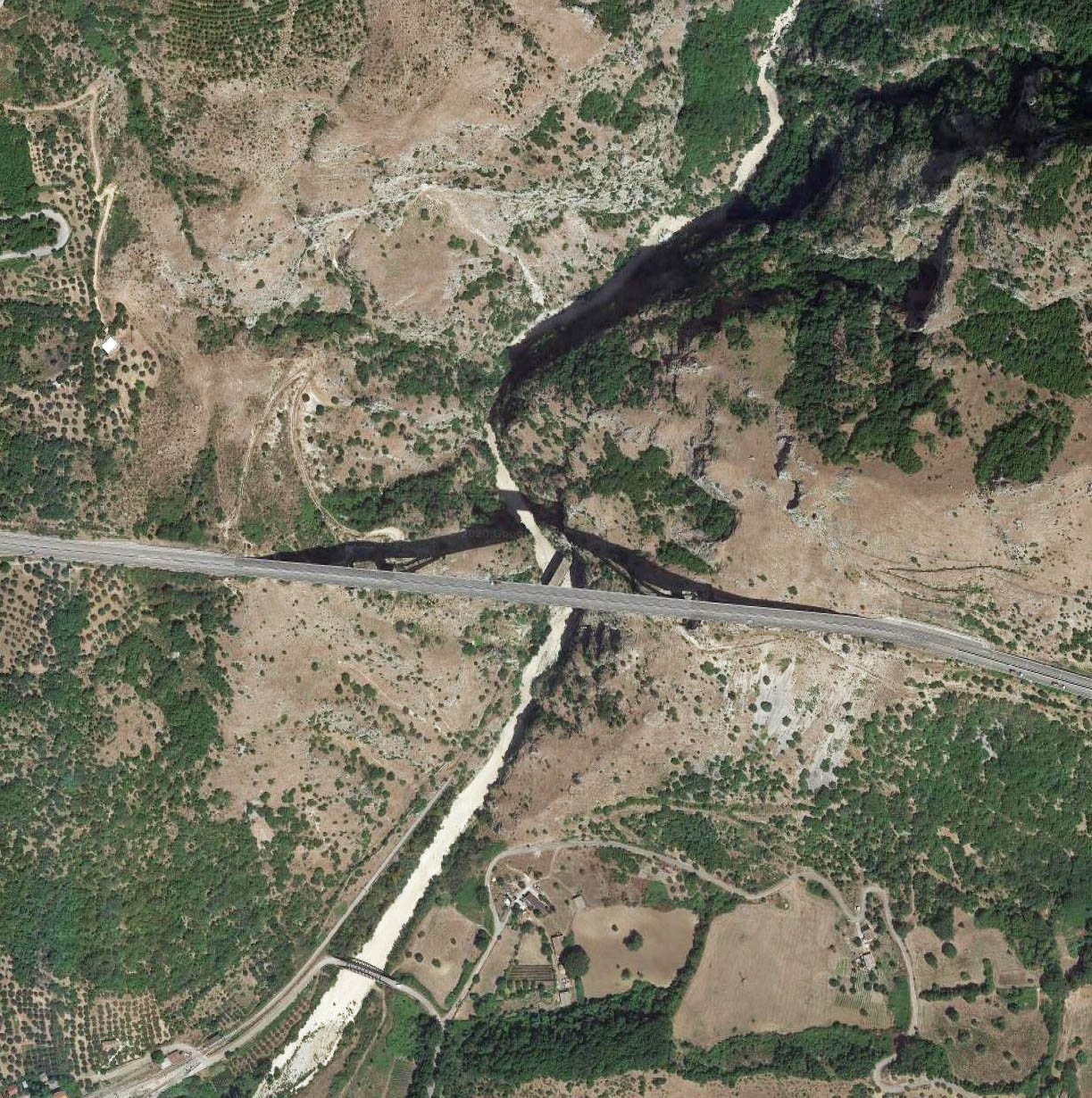 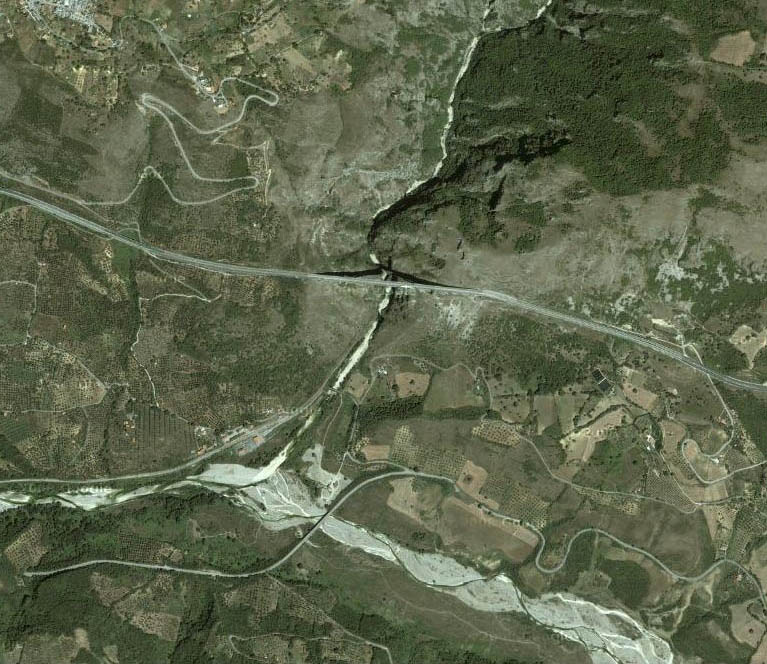 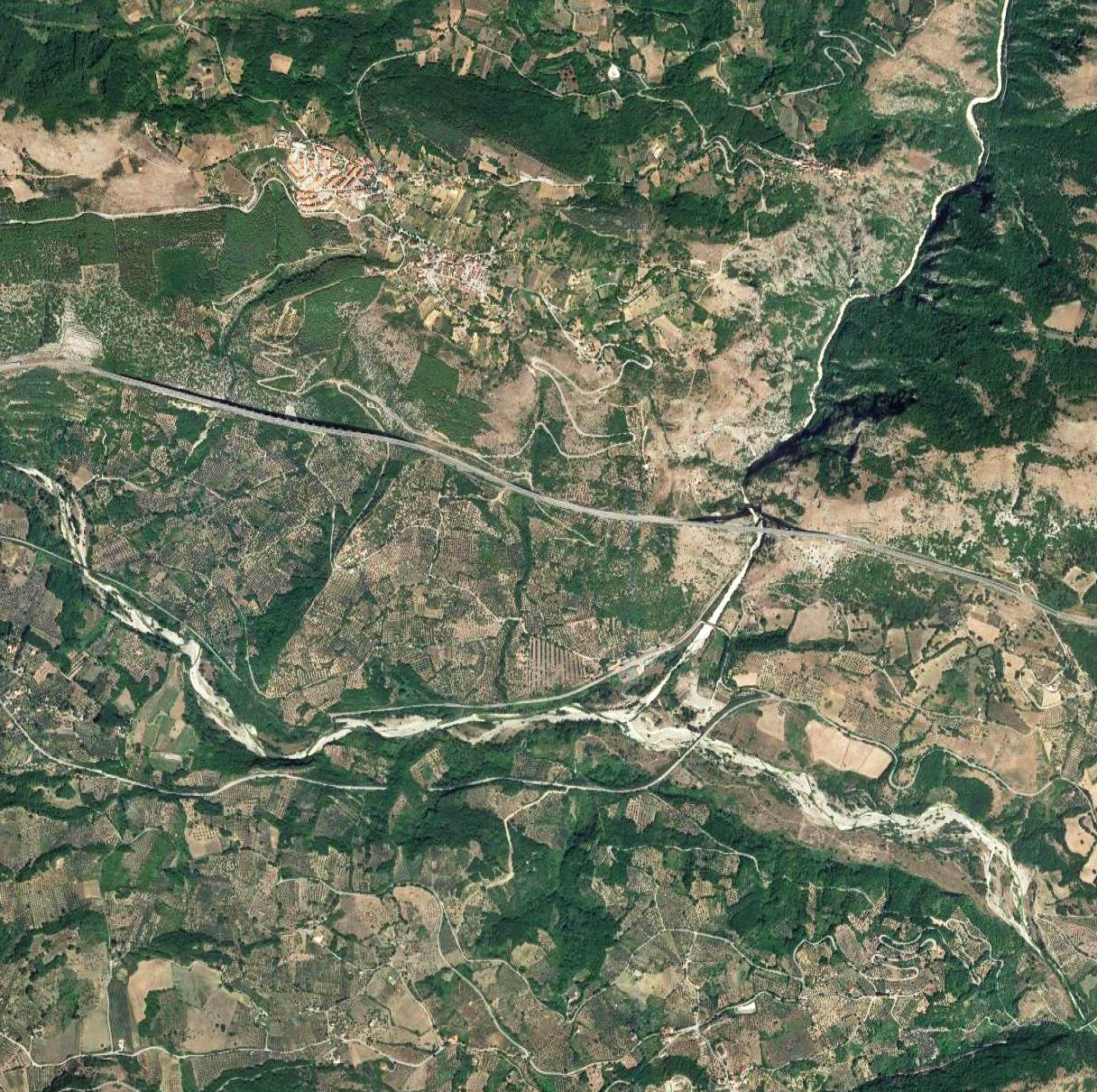 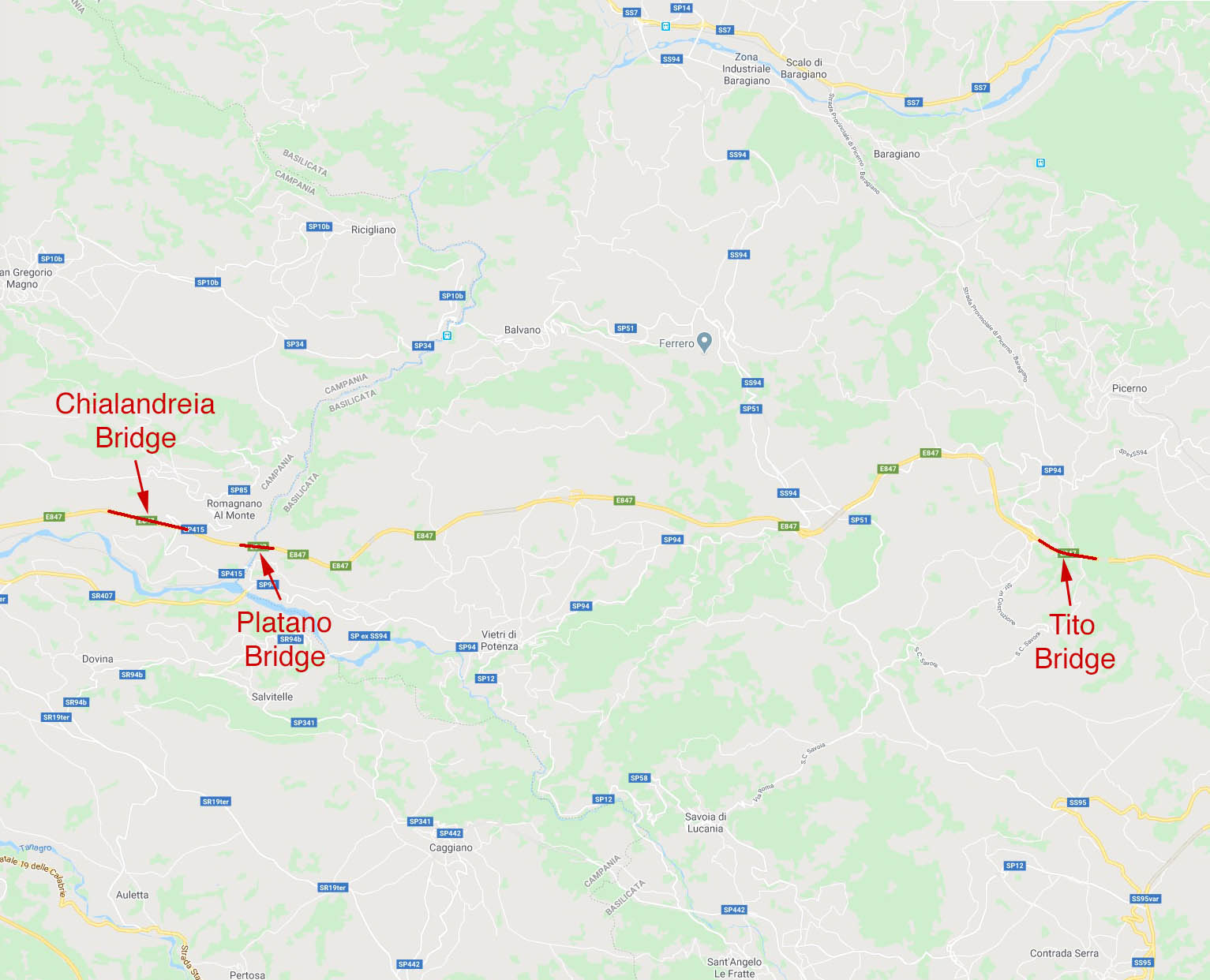 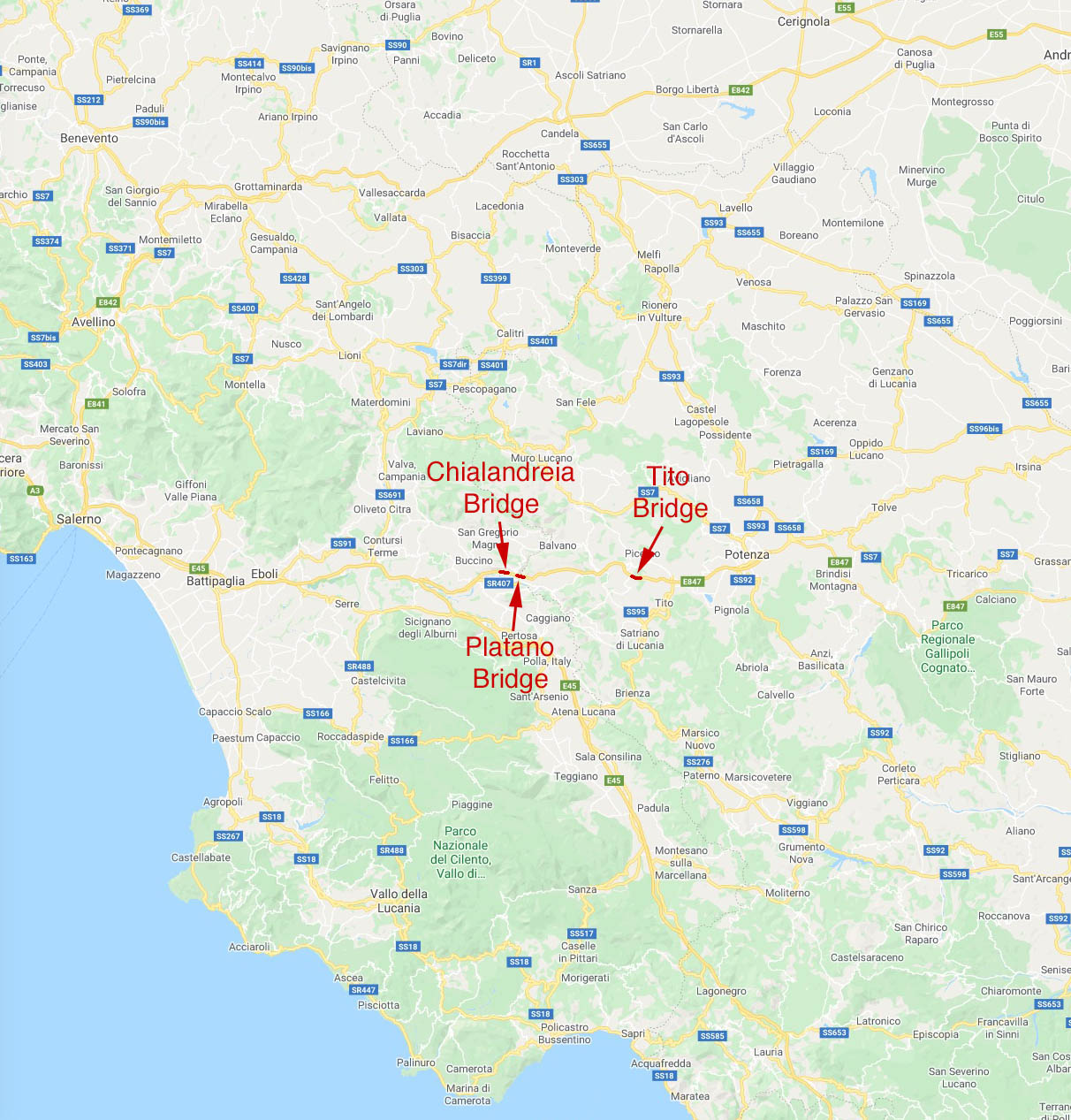