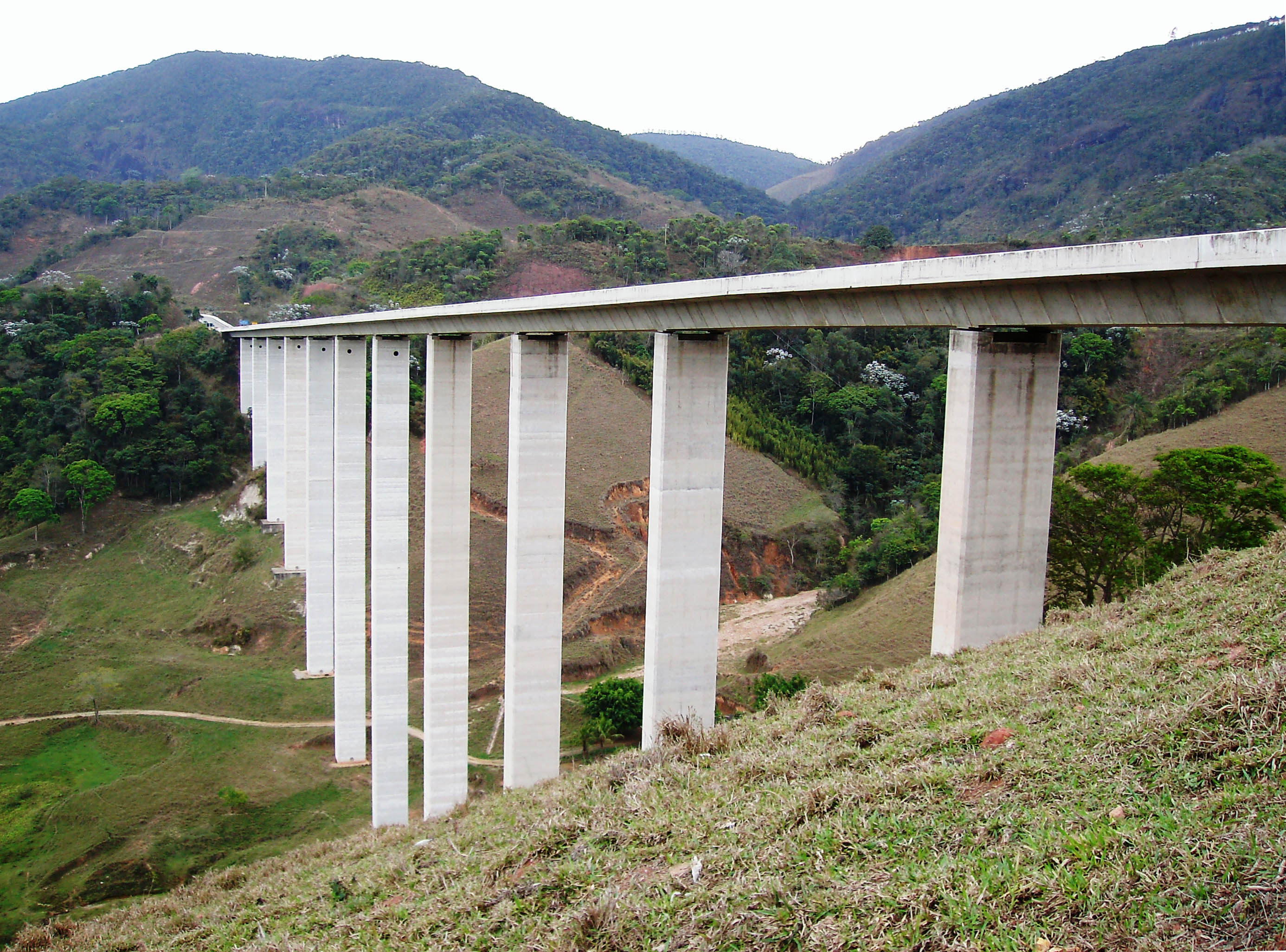 Completed in 2009, the towering 2-lane Prainha Viaduct was constructed to bypass a landslide prone stretch of route BR-381 in a mountainous region of Minas Gerais. Officially named the Ronaldo de Souza Bridge, a local lawyer and businessman, the 510 meter structure consists of 12 beam spans supported on pillars that reach a maximum height of 98 meters to the underside of a 13.2 meter wide road deck. The bridge is located 15 kilometers northeast of Nova Era. 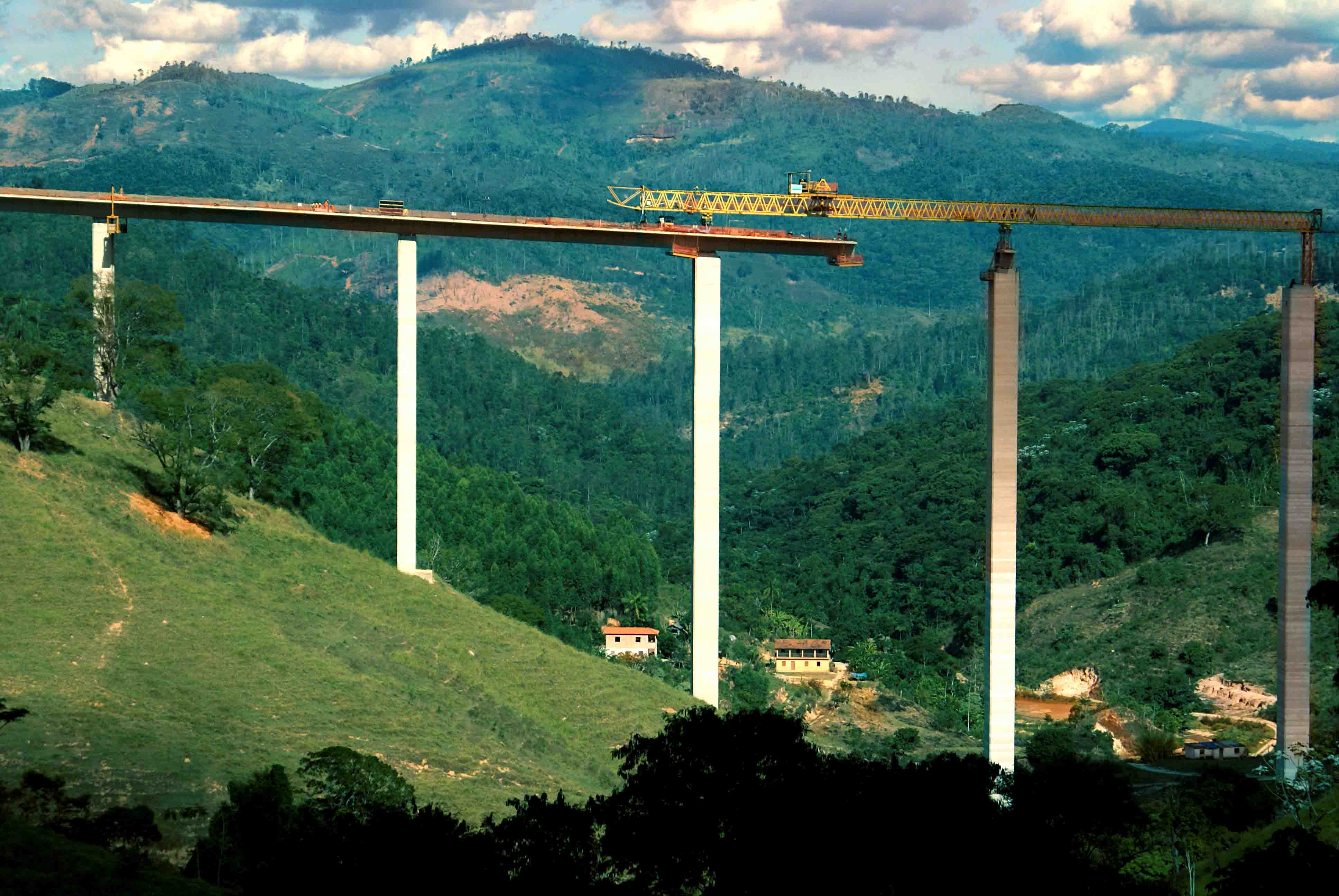 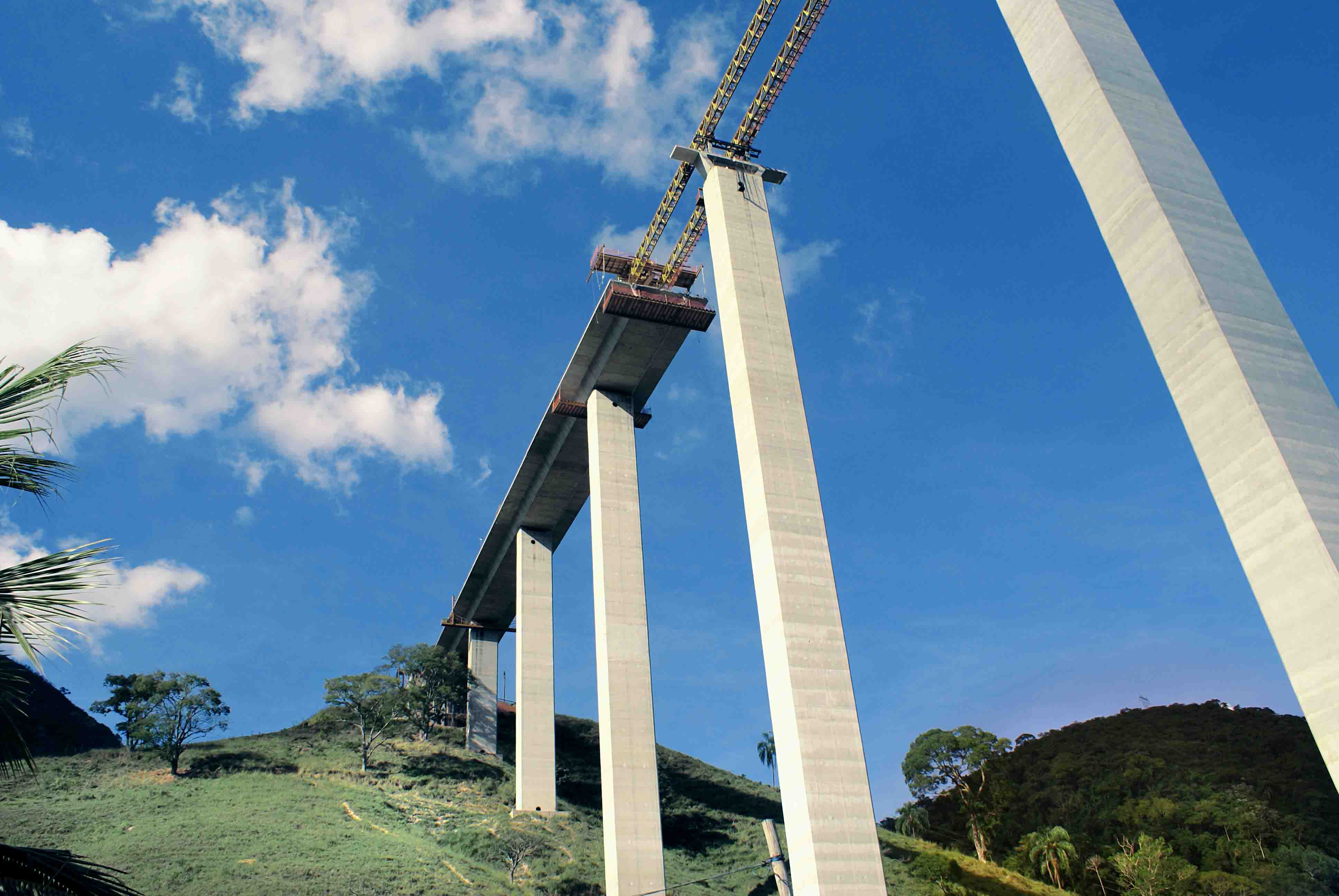 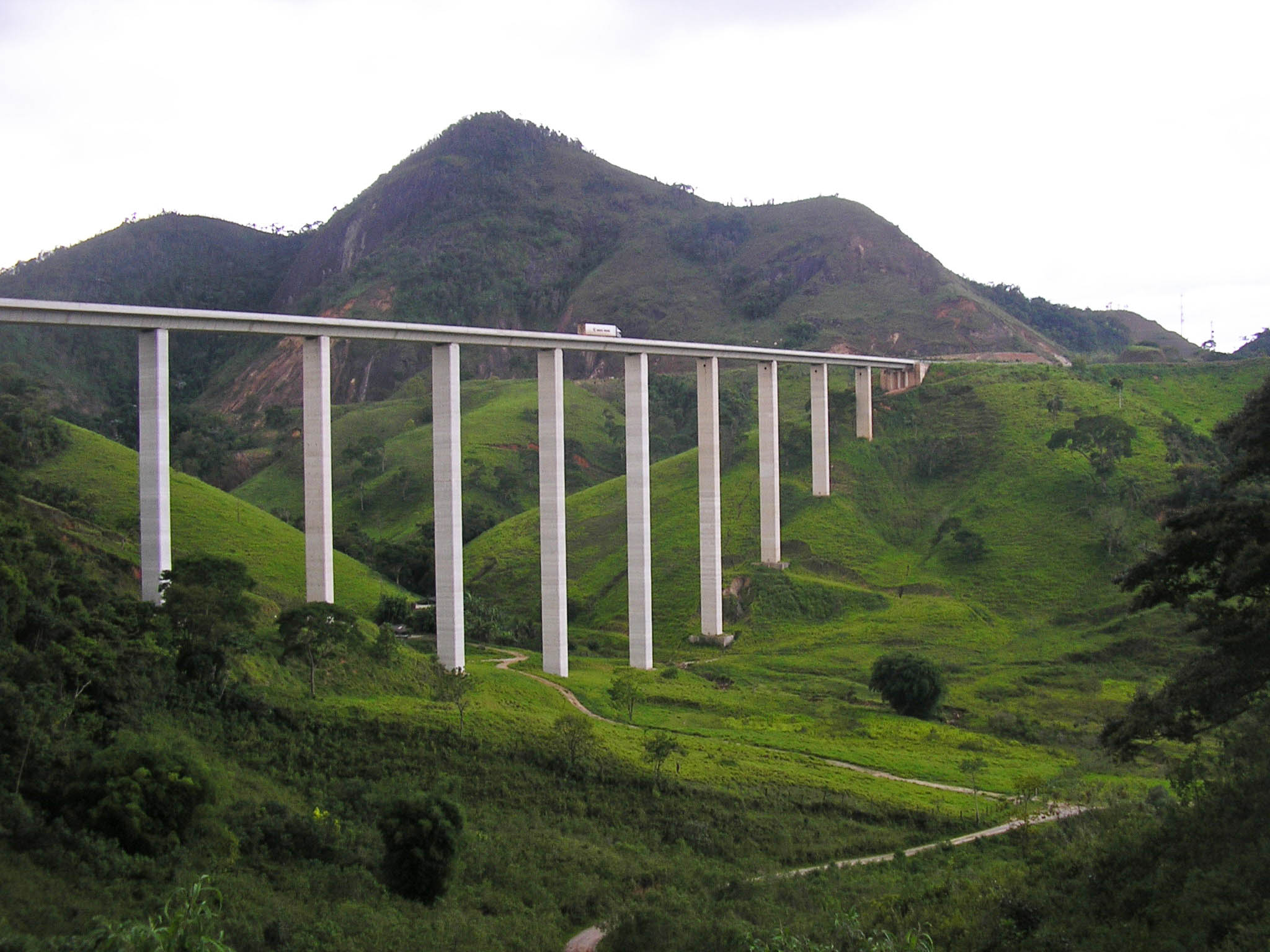 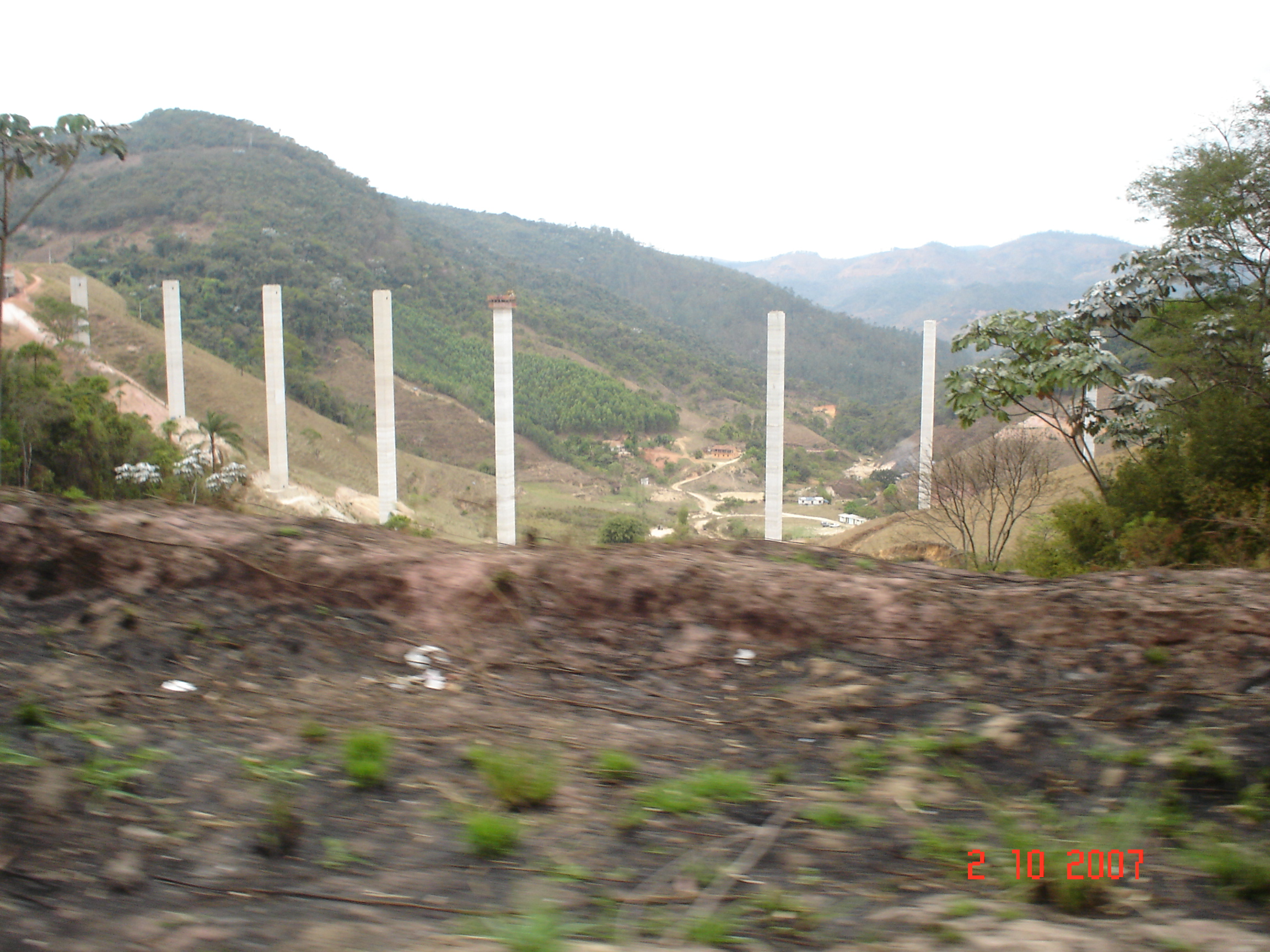 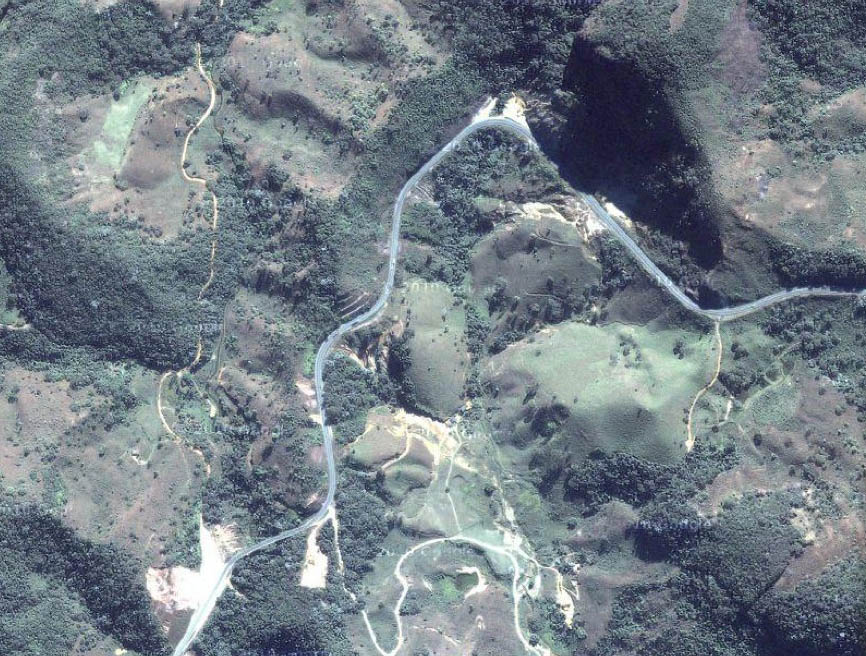 A clean satellite image before the Prainha bridge was constructed to bypass a slide prone loop of route 381.