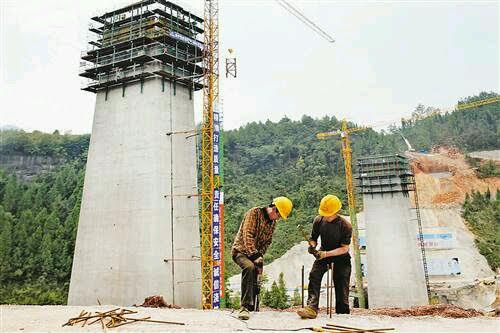 Qianjiang is the second highest bridge on the Qianjiang-Zhangjiajie-Changde Railway that runs 340 kilometers between Qianjiang, Chongqing and Changde, Hunan with the famous Zhangjiajie city and National Park in the middle. Although only 23 kilometers of the line is in Chongqing Province, this is where the 2 most spectacular bridges are located across the Apengjiang and Qianjiang Rivers. The line runs for 56 kilometers in Hubei Province and 261 kilometers in Hunan Province. Bridges and tunnels make up 79 percent of the line.

Located just south of the Qianjiang city airport at kilometer 12, the Qianjiang Railway Bridge beam bridge has a central main span of 130 meters on piers as tall as 103 meters. Several kilometers to the north the line crosses the Apengjiang River on a bridge 153 meters high. 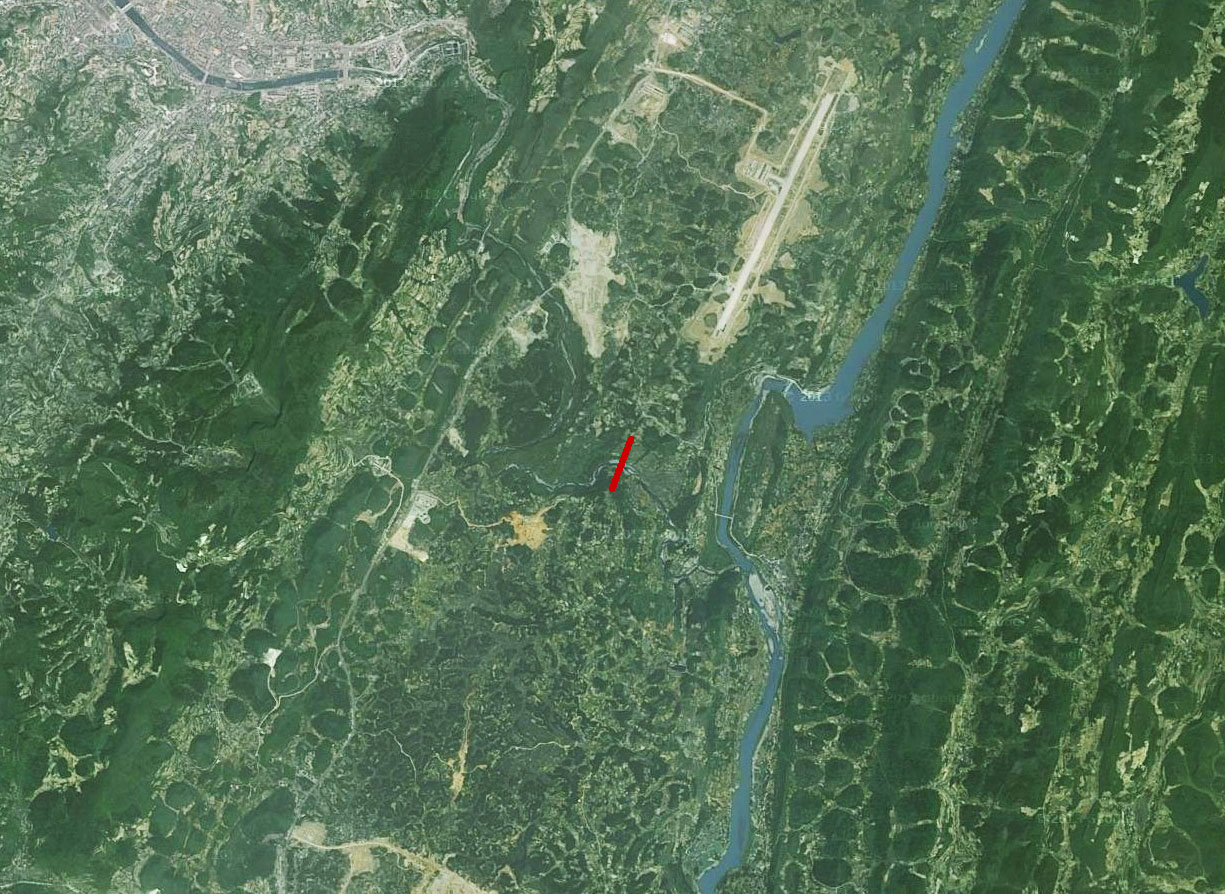 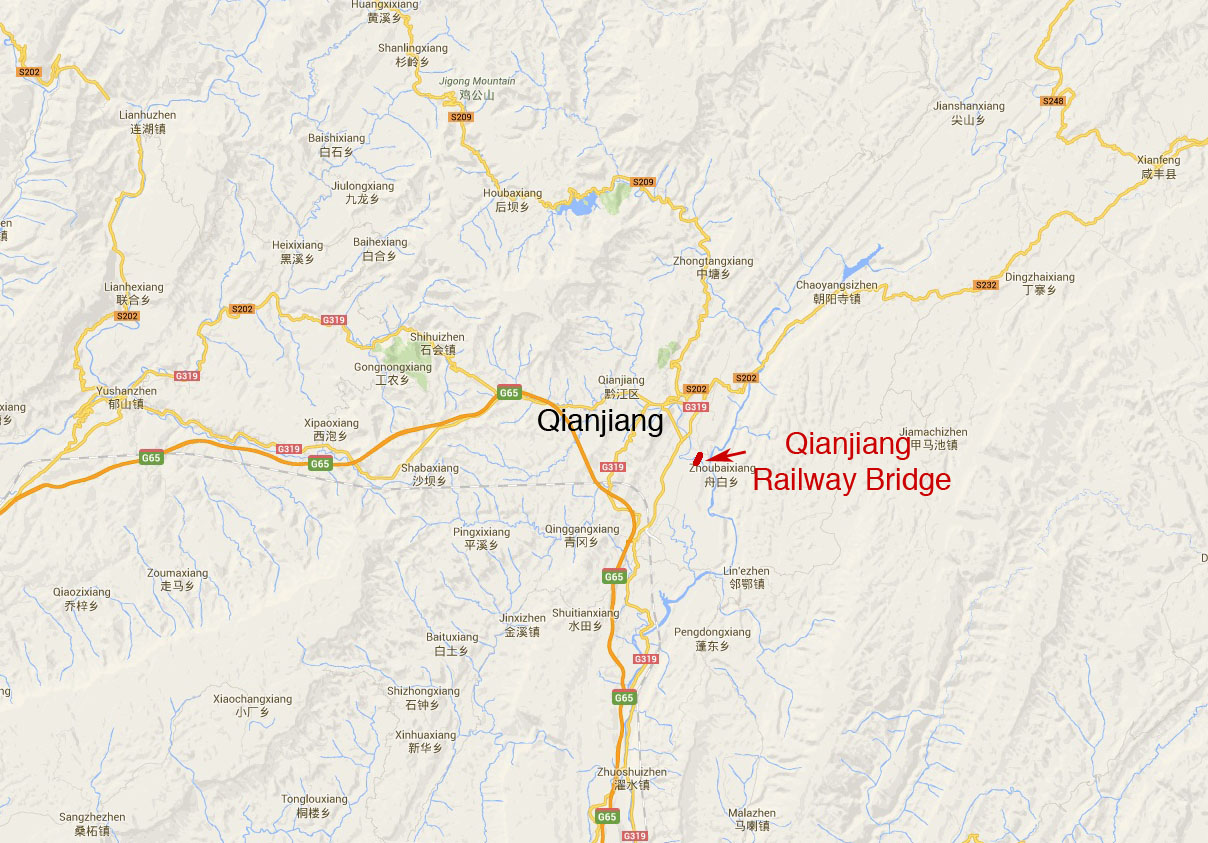 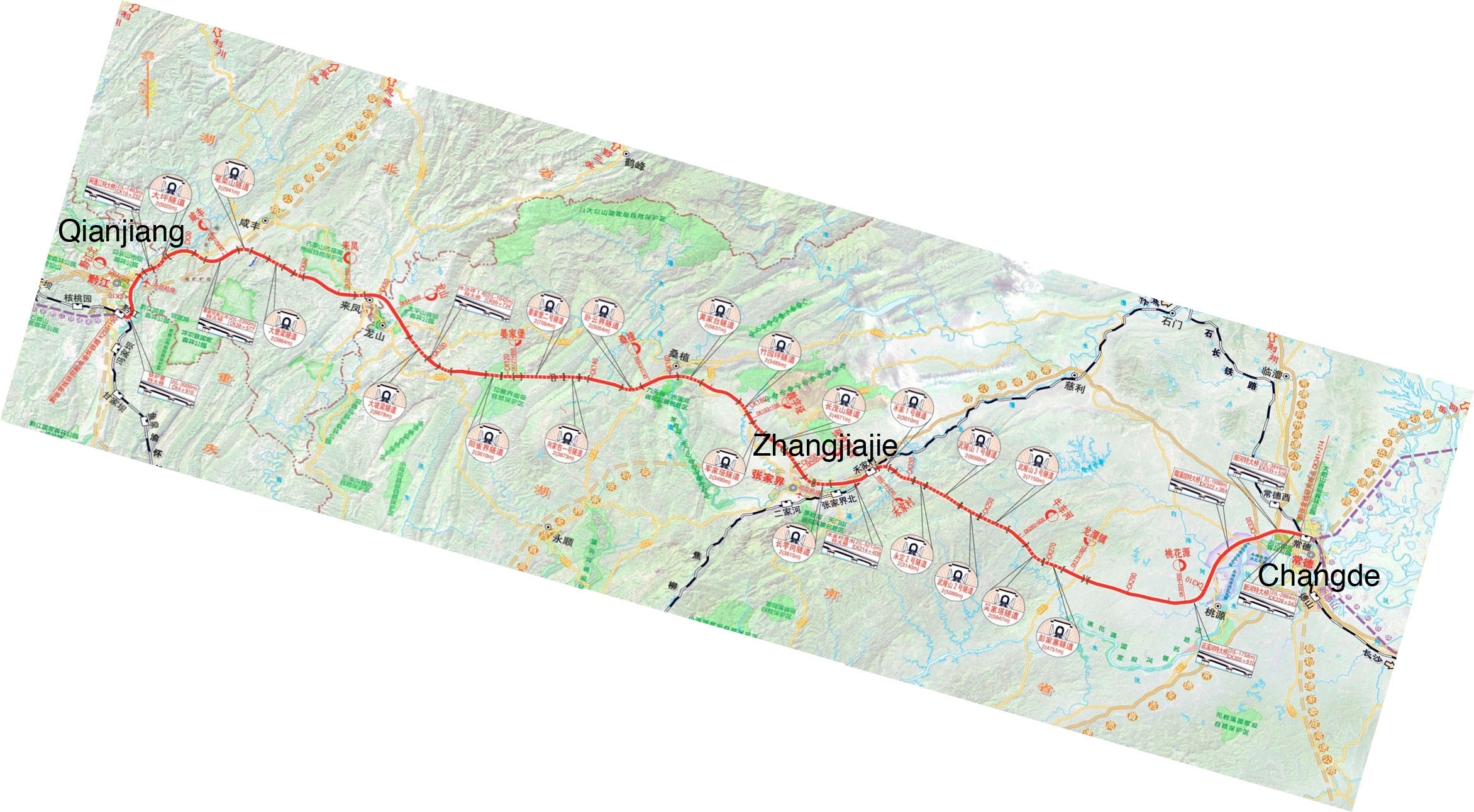