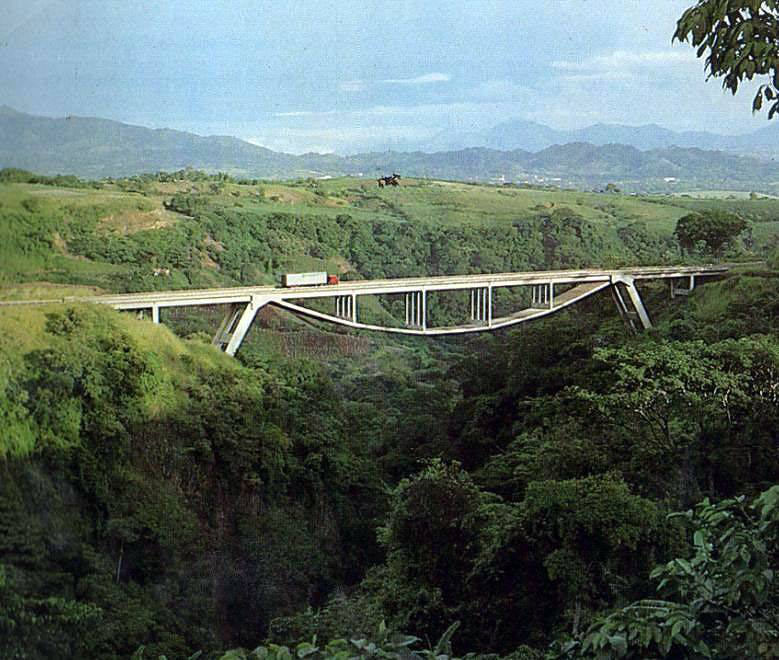 An extremely rare and unusual inverted suspension bridge, Costa Rica’s Rio Colorado bridge on the Bernardo expressway was designed by famous bridge engineer T.Y. Lin and his associates. Completed in 1974, the bridge was built in several stages. After the erection of a highline, the inclined concrete supports were built vertically before being tilted out over the gorge and held back by anchored suspension cables. Precast platforms were then suspended between two sets of main support cables. Pipes threaded horizontally through holes in the platforms held each section in place. Once the main suspended span was complete, vertical spandrels were constructed up to deck level before the deck girders were then lowered into place via the highline.

Inverted suspension bridges look unusual from the large center ‘belly’ span that is deepest over the center of the bridge. Taking on such an unconventional design is exactly the type of challenge that T.Y. Lin would have enjoyed given his status as the pioneer of prestressed concrete in the United States. His engineering firm was located in San Francisco where Lin was a professor at Berkeley University for over 30 years. 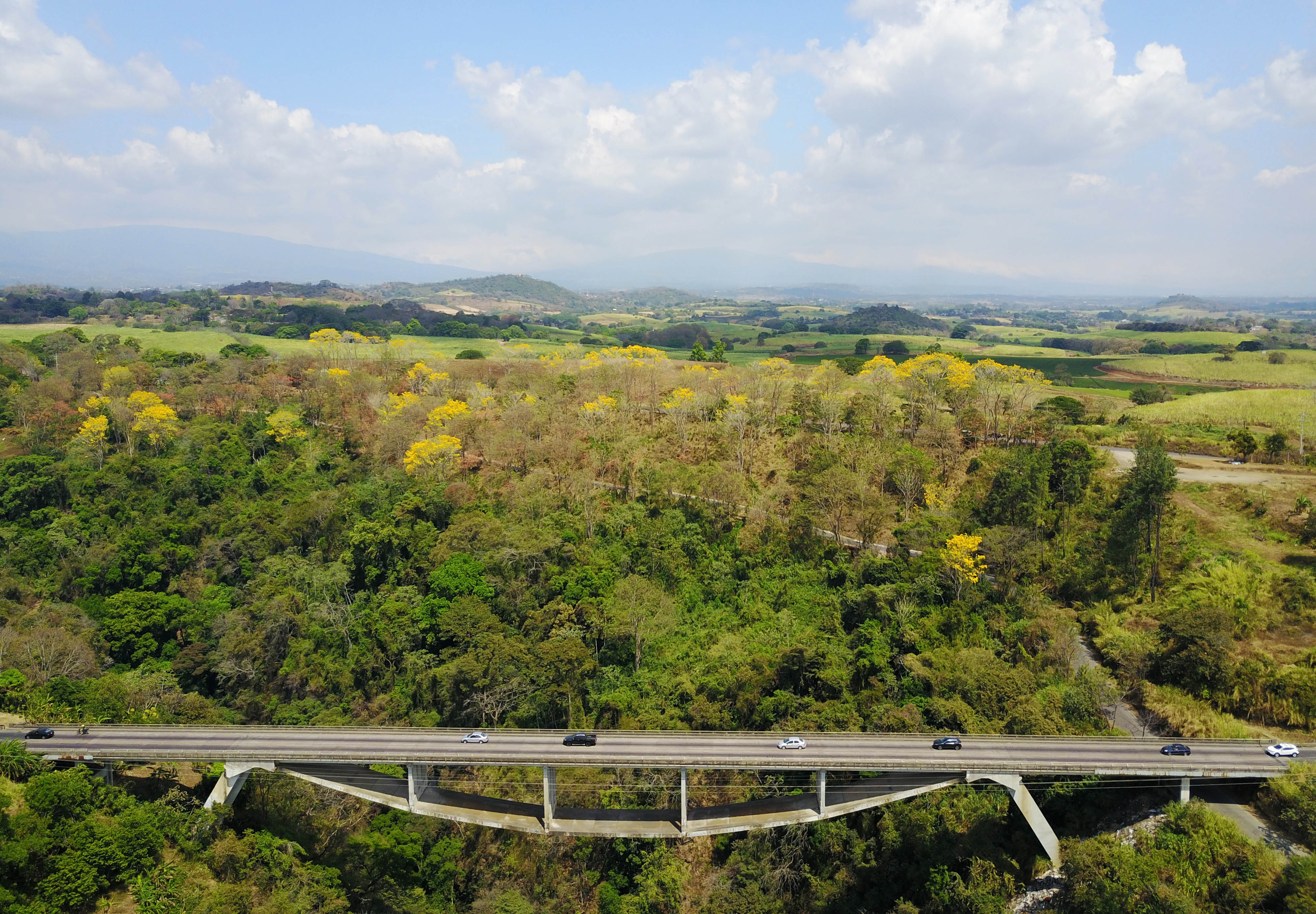 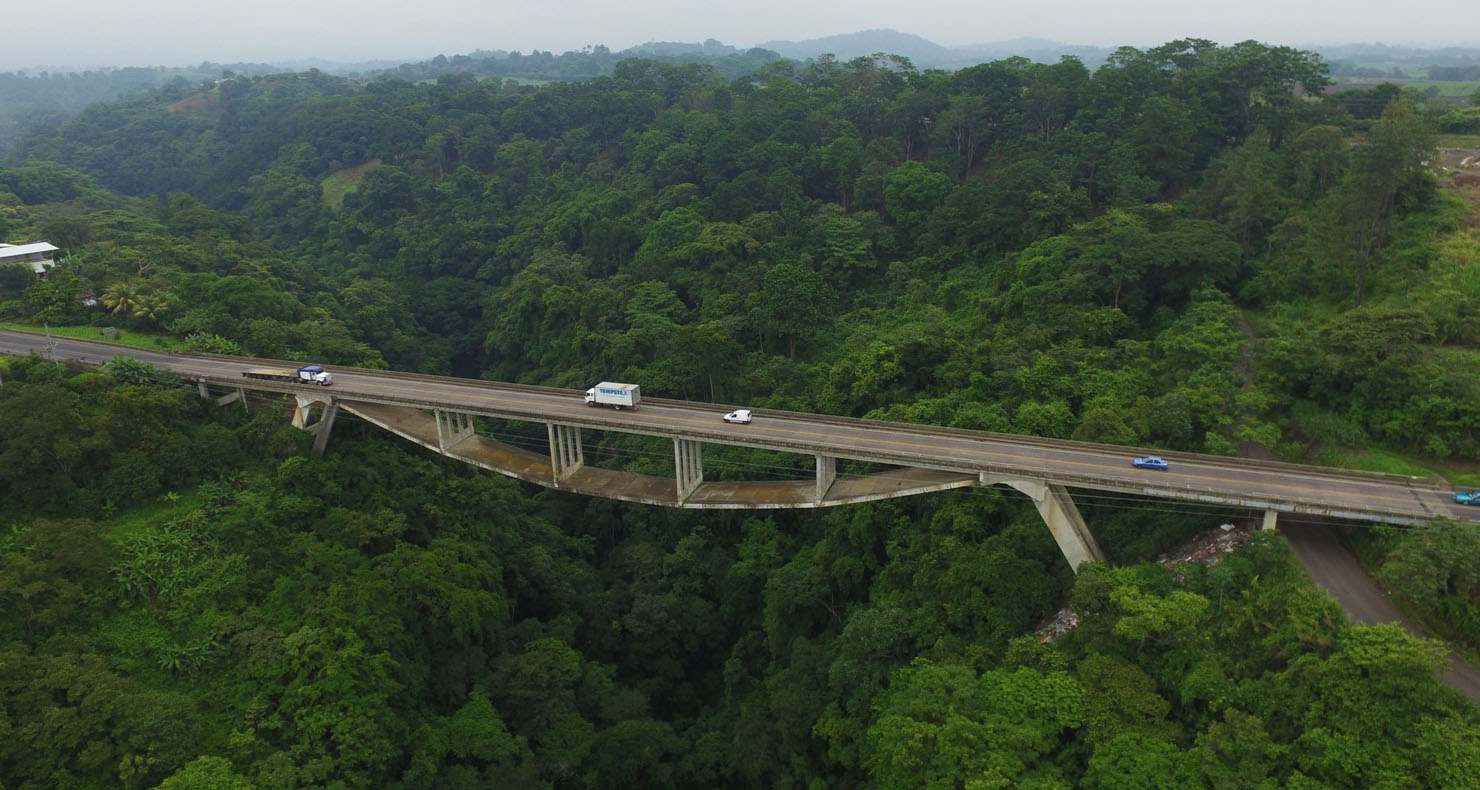 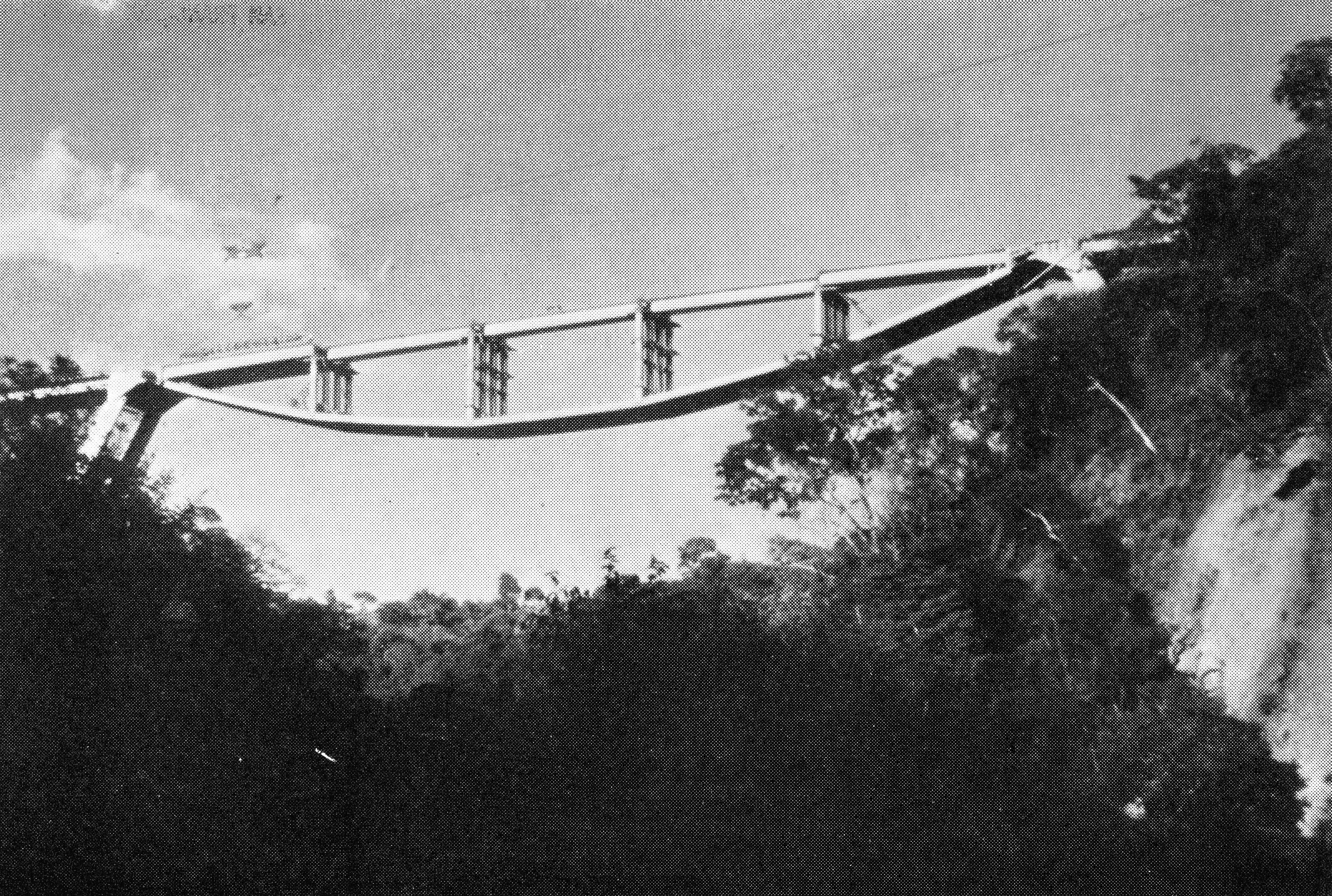 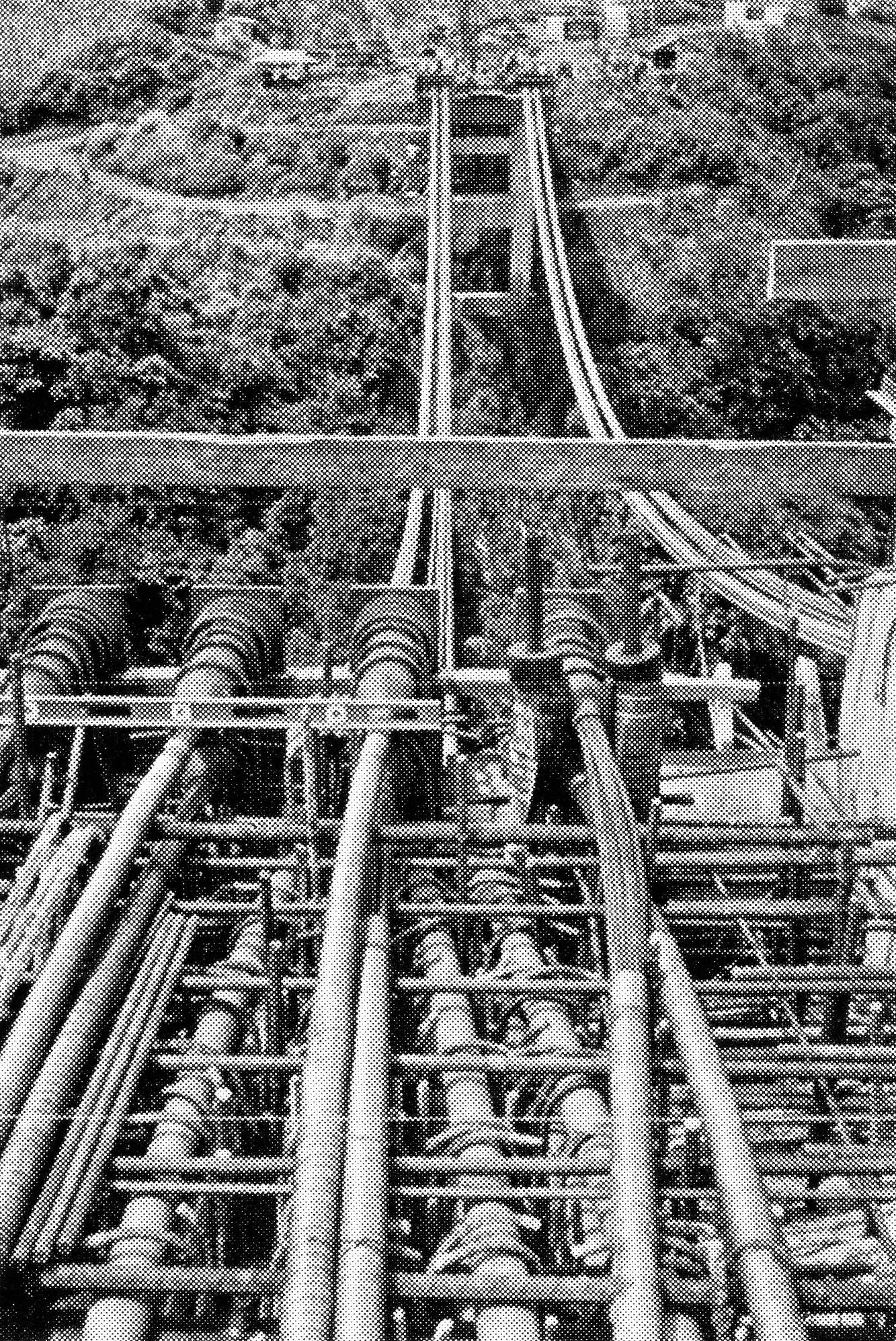 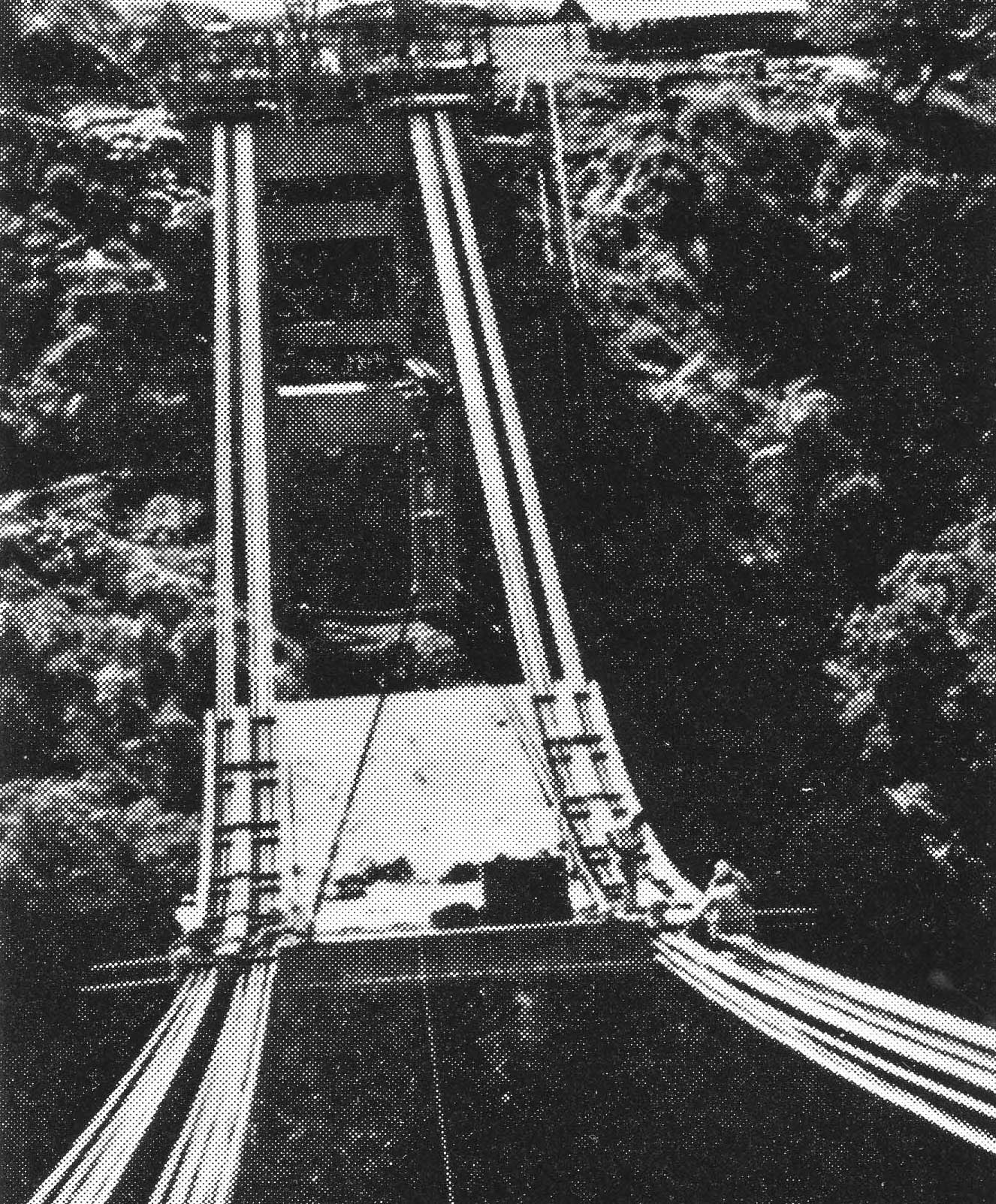 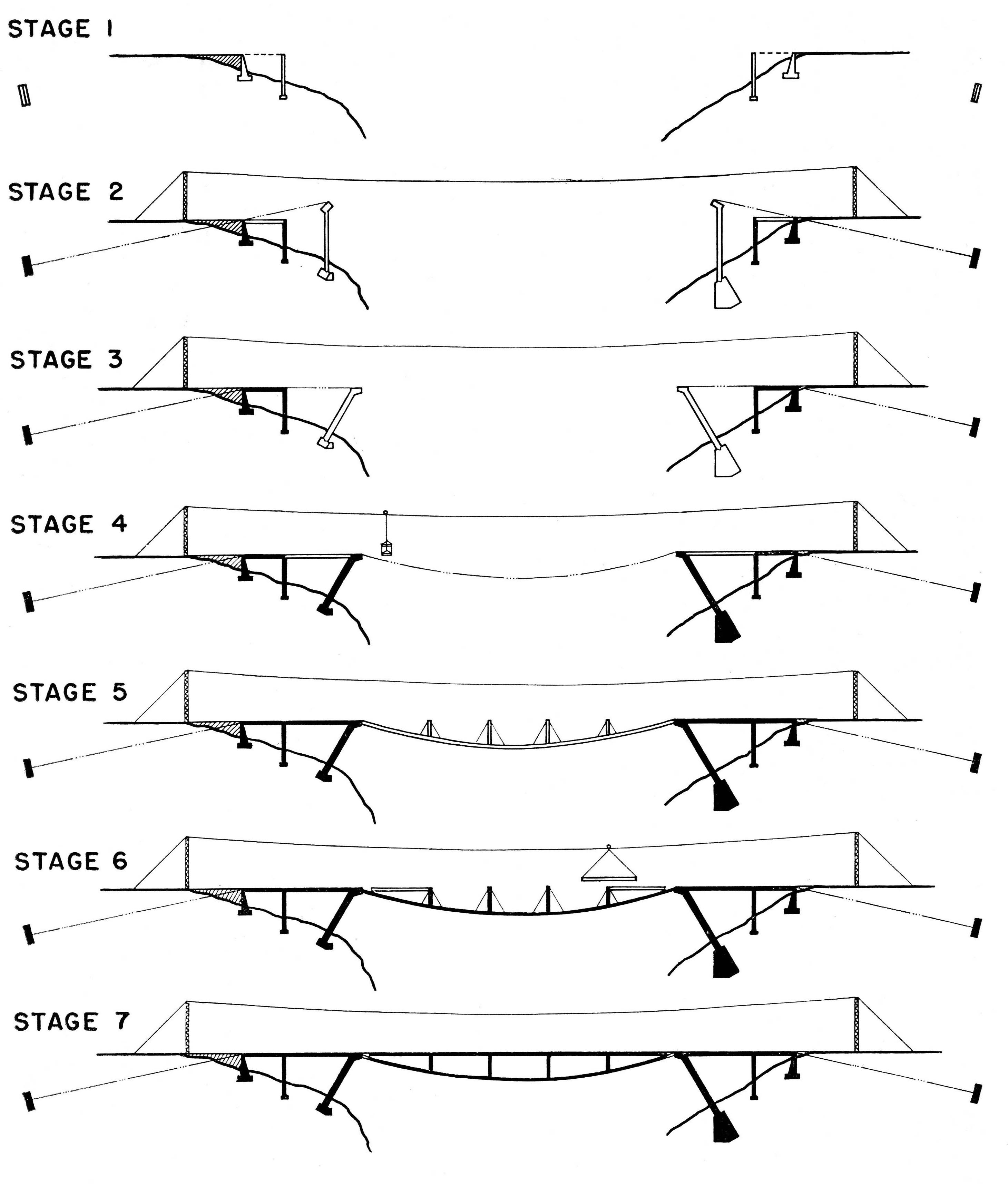 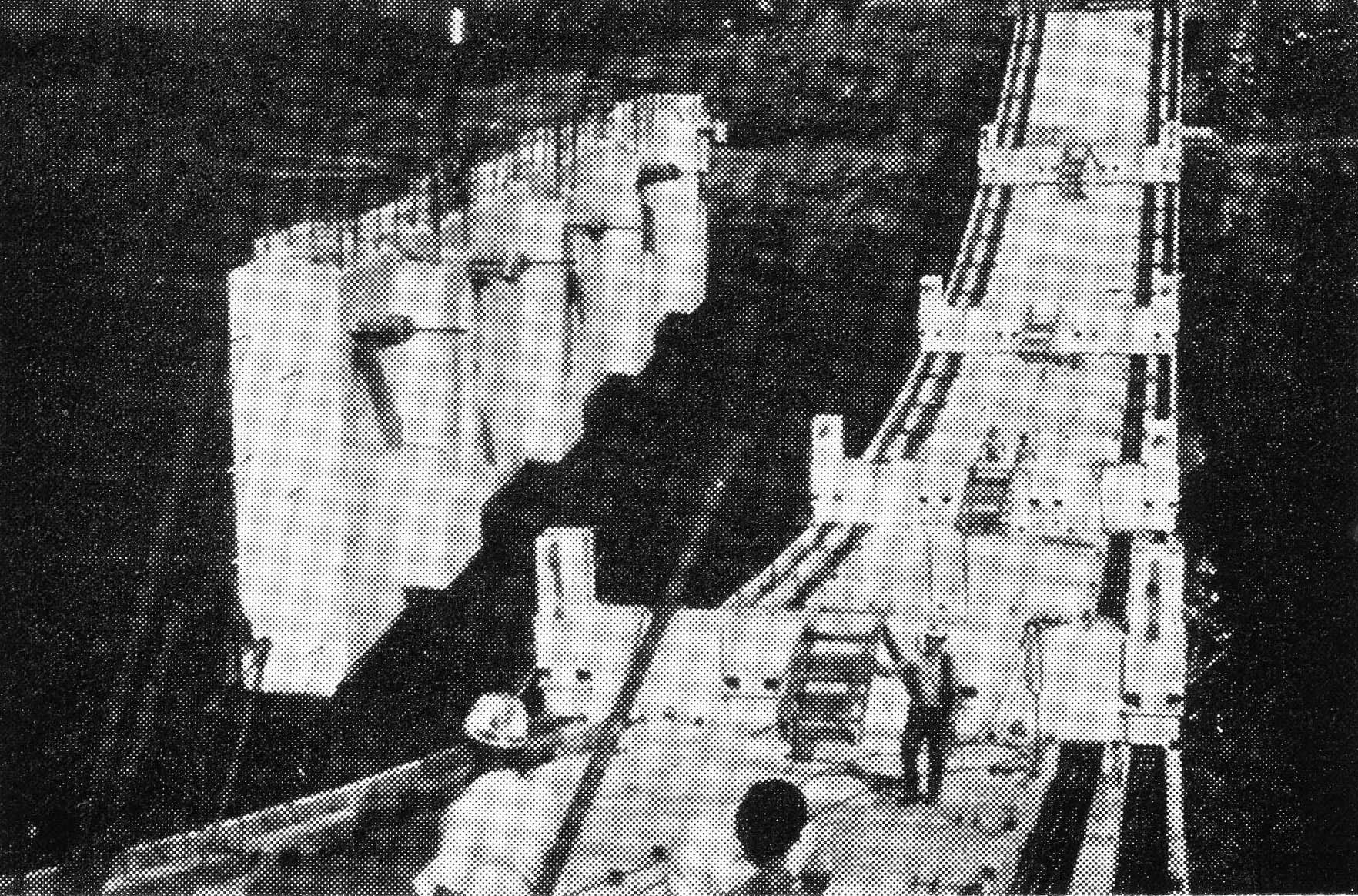 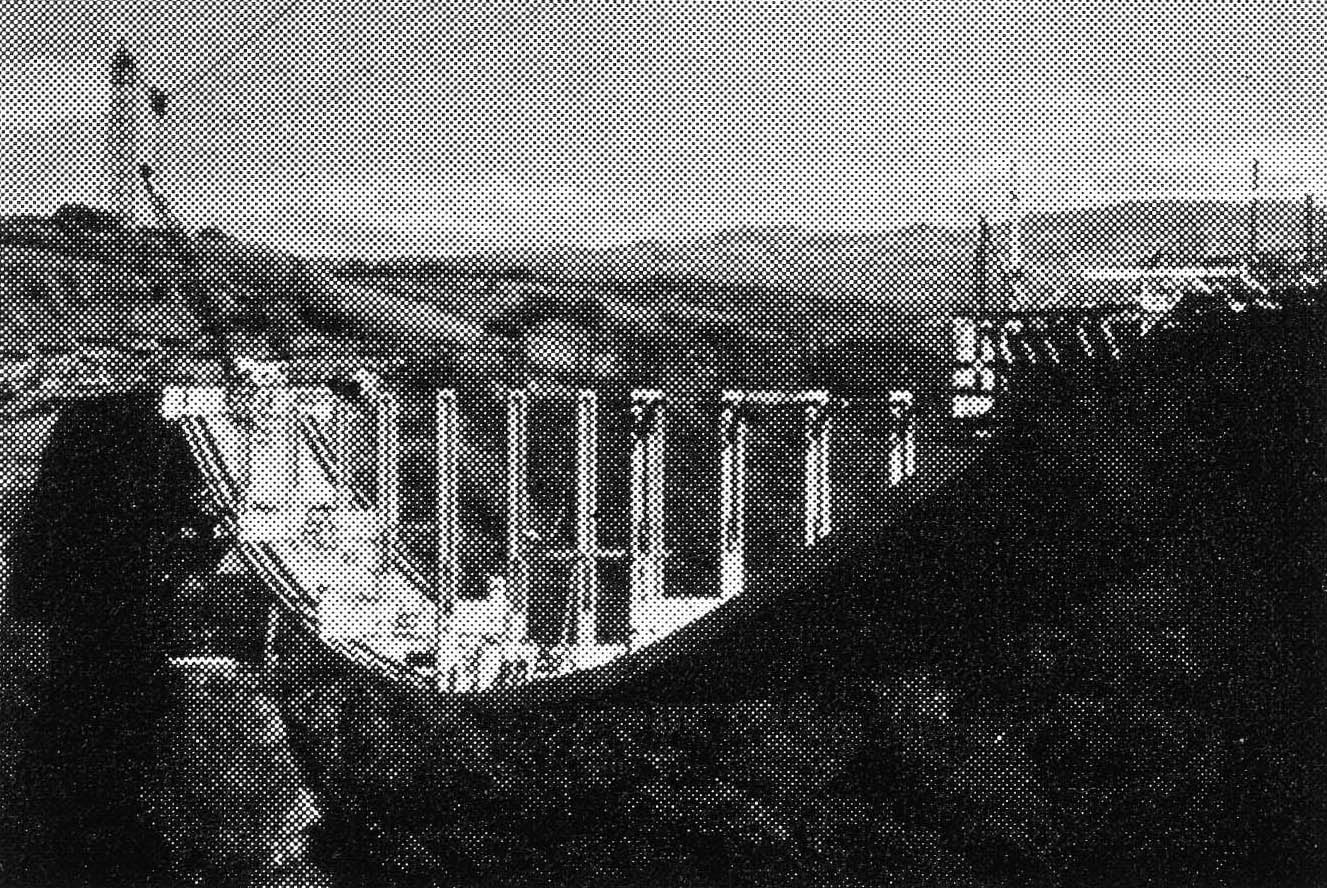 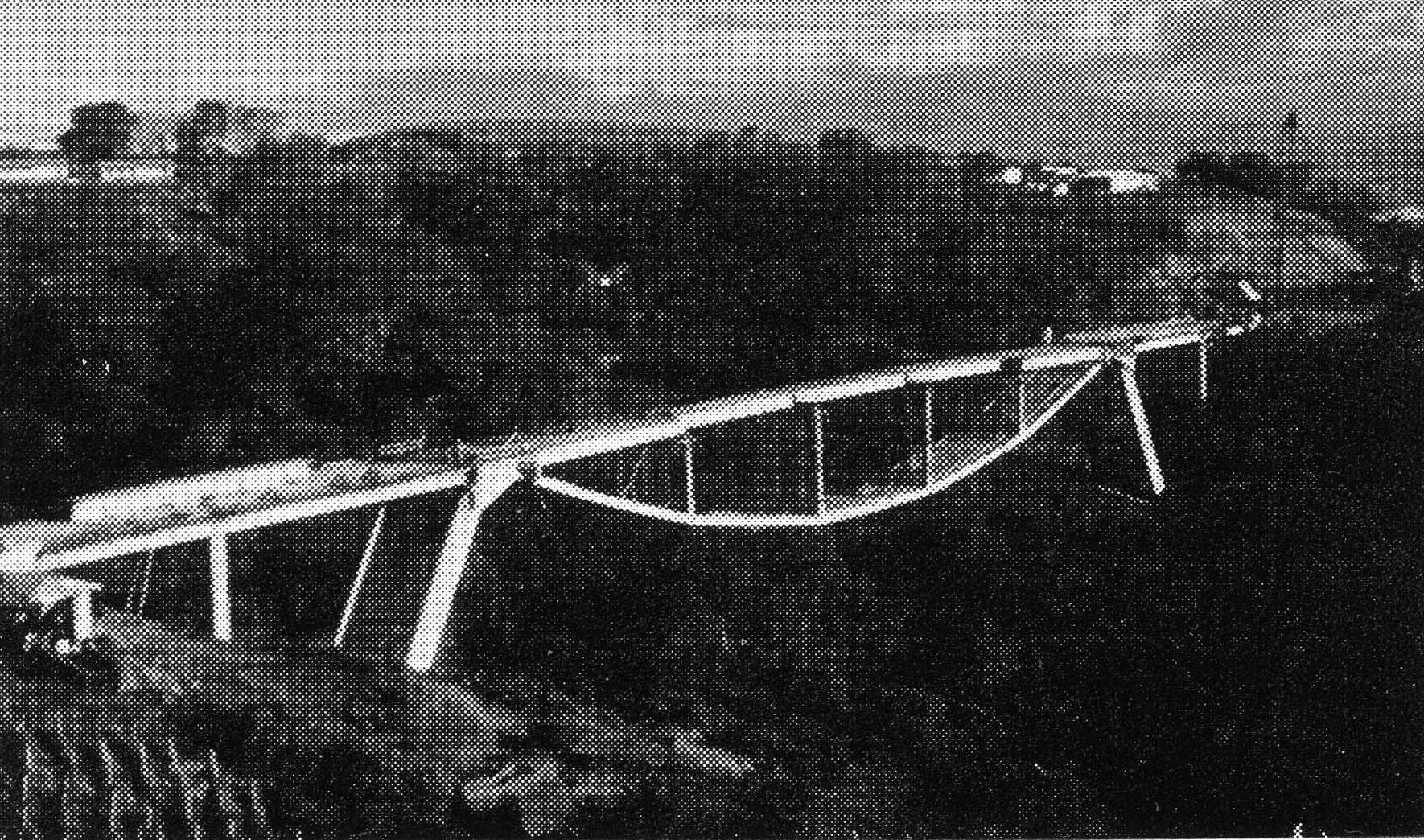 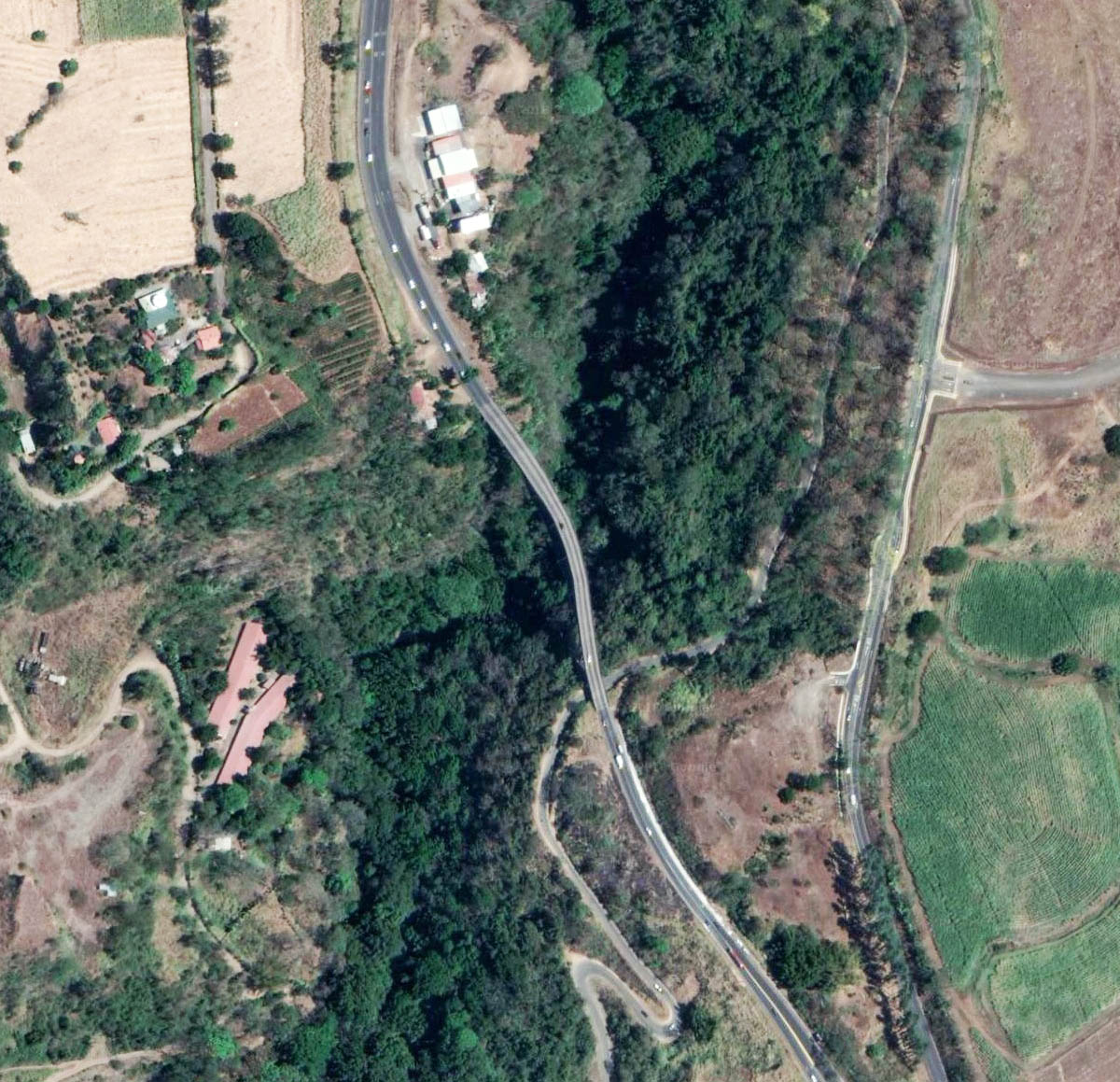 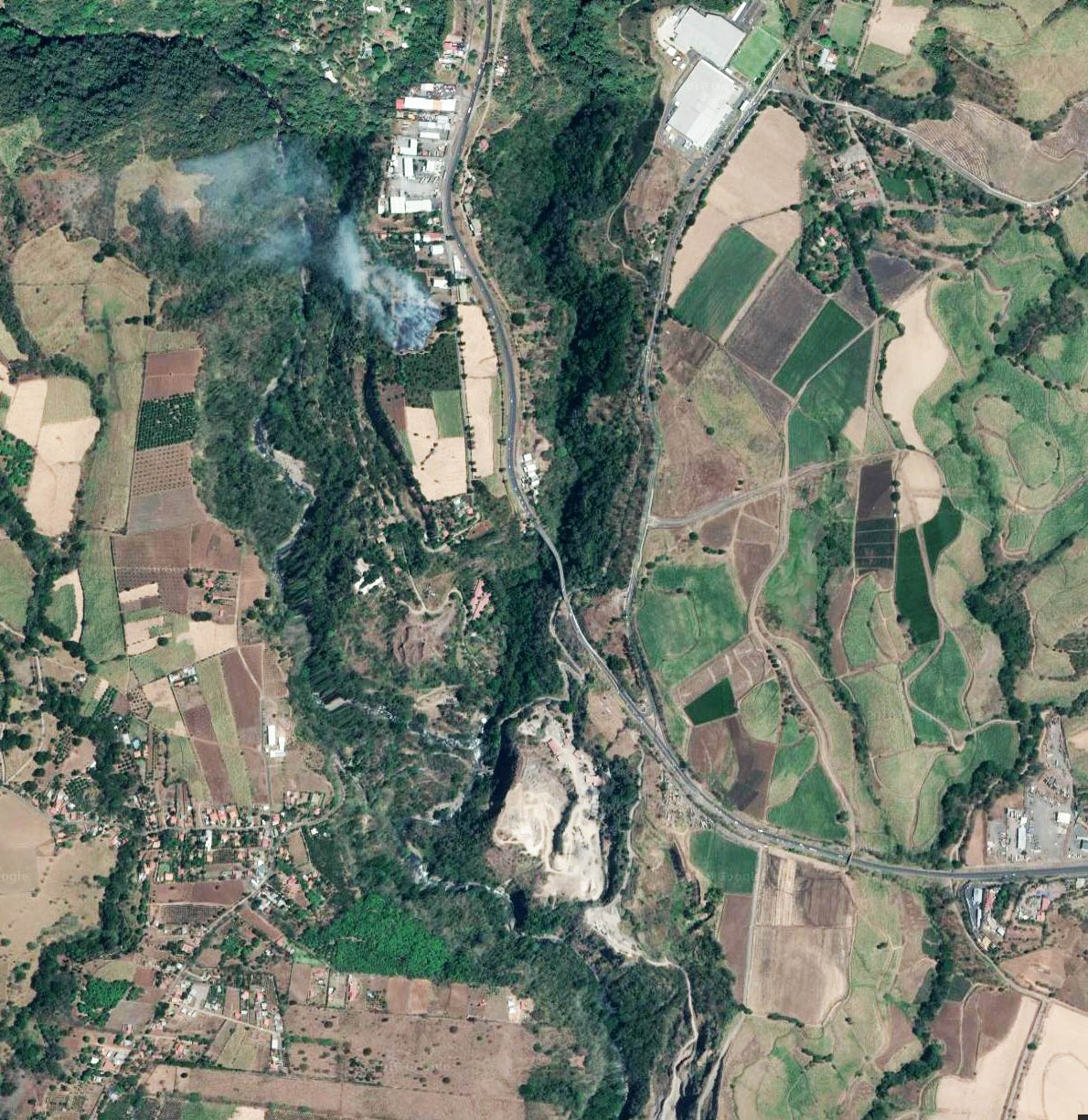 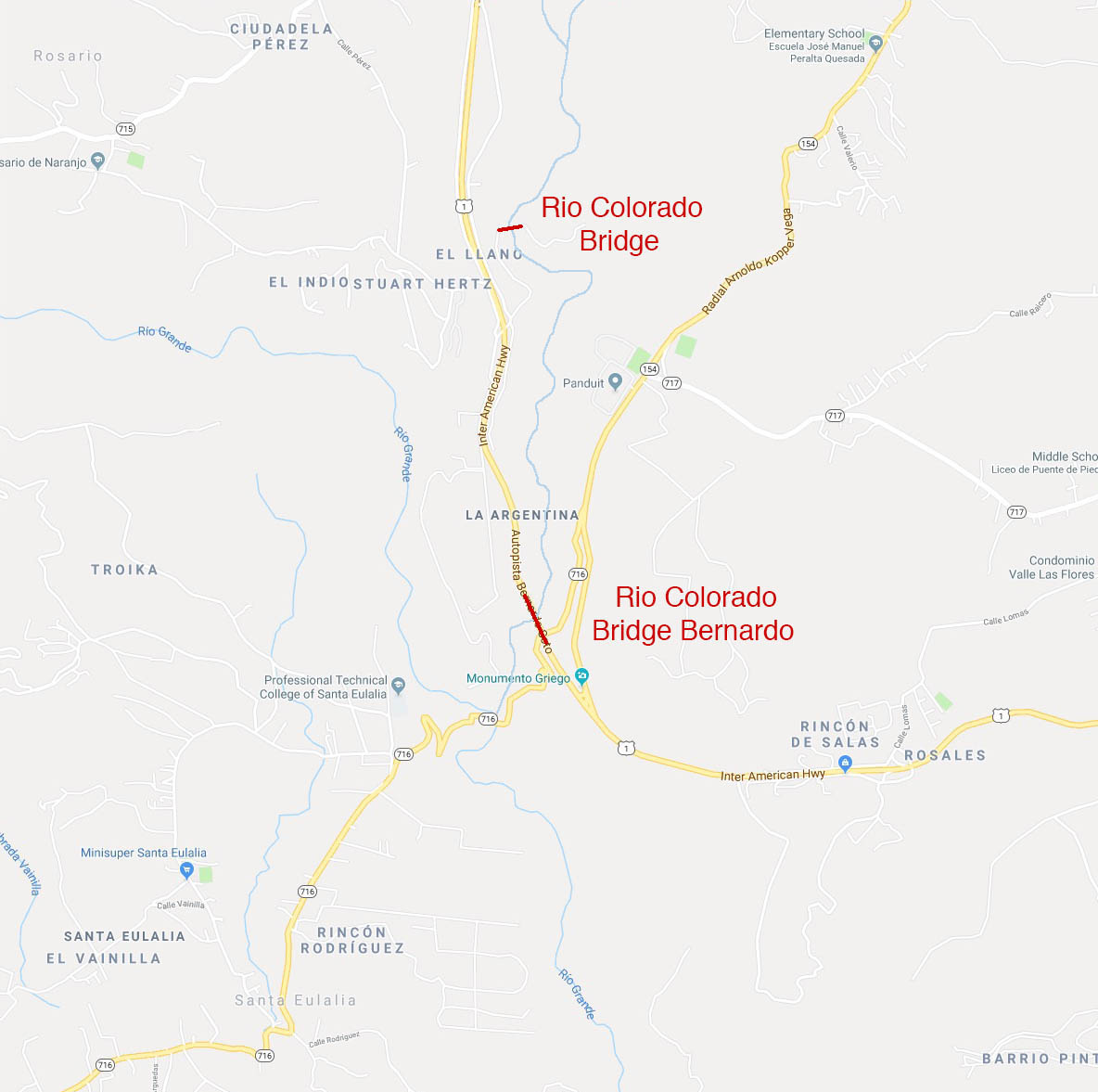 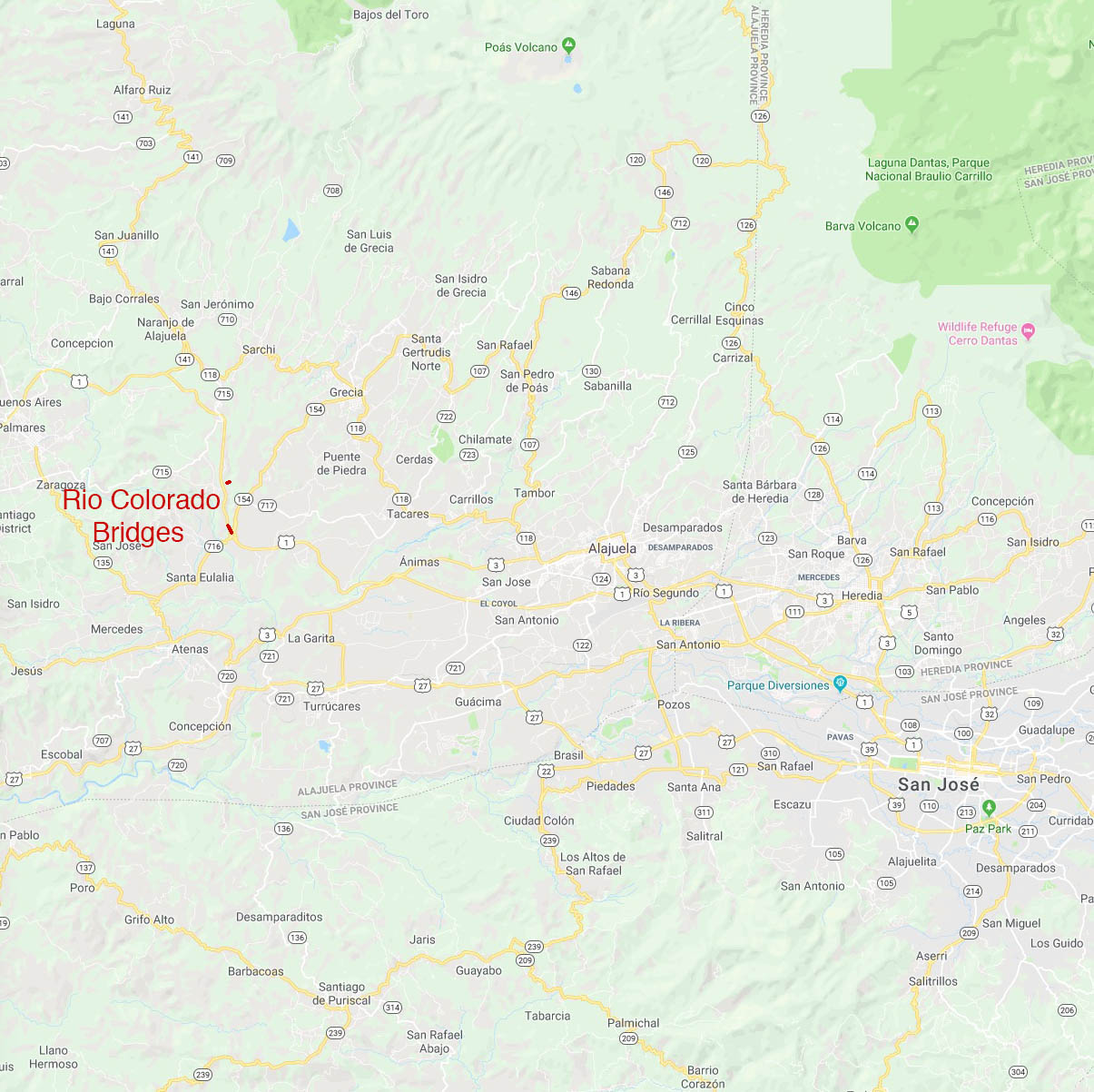