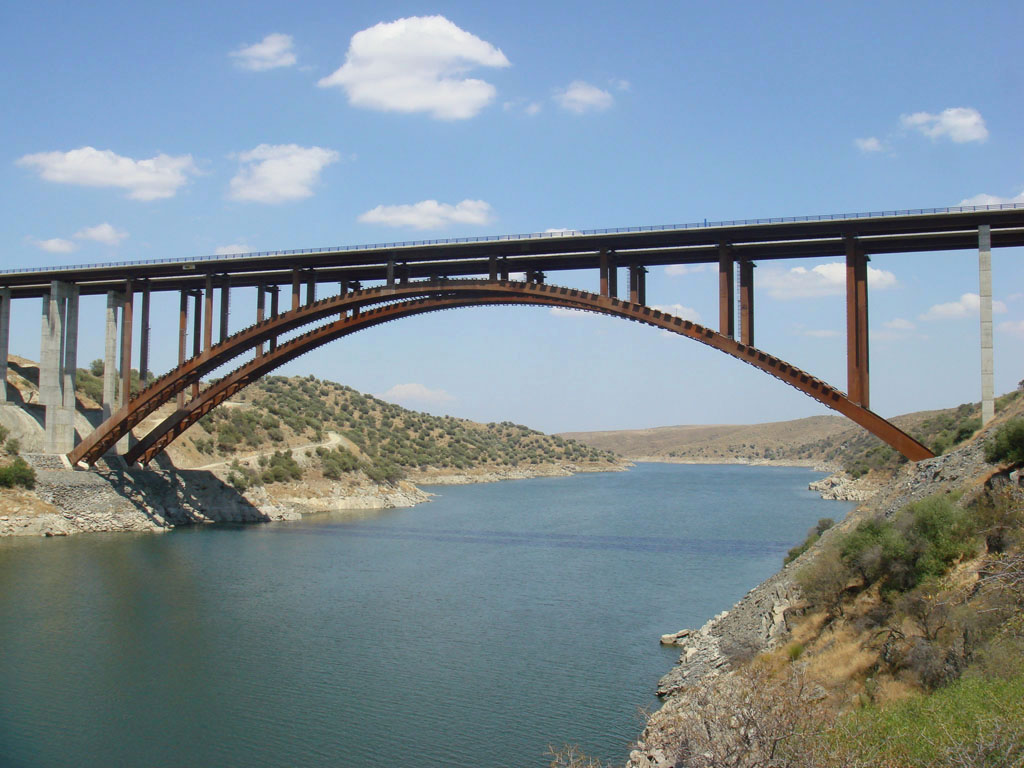 Completed in 2006, the Puente Rio Tajo is one of two large arch bridges on the new A-66 Autovia Ruta de la Plata that crosses Spain’s massive Alcántara reservoir. The other crossing is over the Almonte River arm 8 miles (13 kms) to the south.

Unlike the stayed cantilever method used to construct Almonte, the entire length of each half span of Tajo was built vertically above the foundation and then carefully lowered out over the river and closed at the crown in one well orchestrated maneuver. After the first of the two parallel spans was closed, oscillations from a 12 mph (20 km) wind began to push the arch up and down in a deformation pattern that saw one side of the arch rising as the opposite side was falling. Interestingly, when the wind blew above 19 mph (30 kmh), the problem disappeared. The situation was resolved by welding metal flaps or deflectors along the edge of the arch ribs. This movement of several feet was captured on video and can be seen here: http://www.youtube.com/watch?v=VH8-Xdfgf1g

In a related video, oscillations from pedestrians plagued the opening of London’s Millennium footbridge before it was closed and successfully fixed. Video of this movement can be seen here: http://www.youtube.com/watch?v=eAXVa__XWZ8

A visit to the Almonte and Tajo arches would not be complete without a stop to see the famous Puente Alcántara. Located at the east end of the reservoir just below the dam, this classic Roman arch crossing is the most important stone bridge ever built in Spain. Completed in the year 106, the bridge measures 164 feet (50 mtrs) from the roadway to the normal water level of the Tagus river. This was enough to make it the highest bridge in the world, exceeding the Pont du Gard in France by just a few feet. For several hundred years it held the height record until Italy’s Ponte Delle Torri of Spoleto surpassed it. Alcántara is not only impressive for its height (which is a full 230 feet / 70 mtrs to the river bed) but for its size with 6 semicircular arches - the largest which spans 94 feet (29 mtrs). The word Alcántara is arabic for bridge. 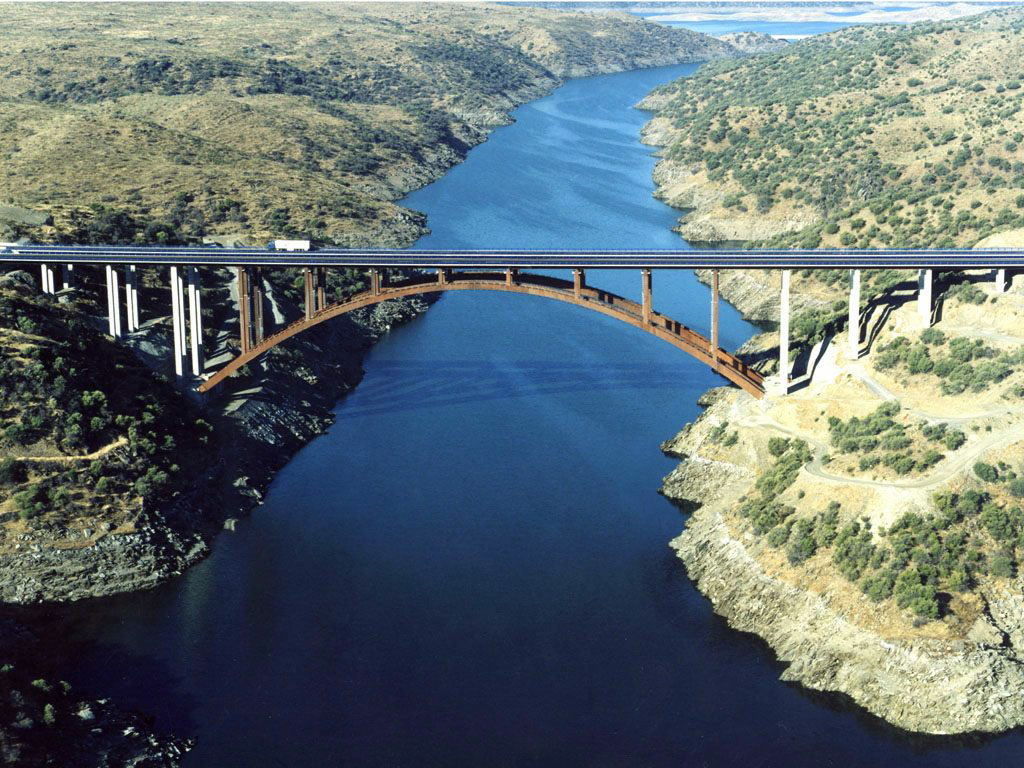 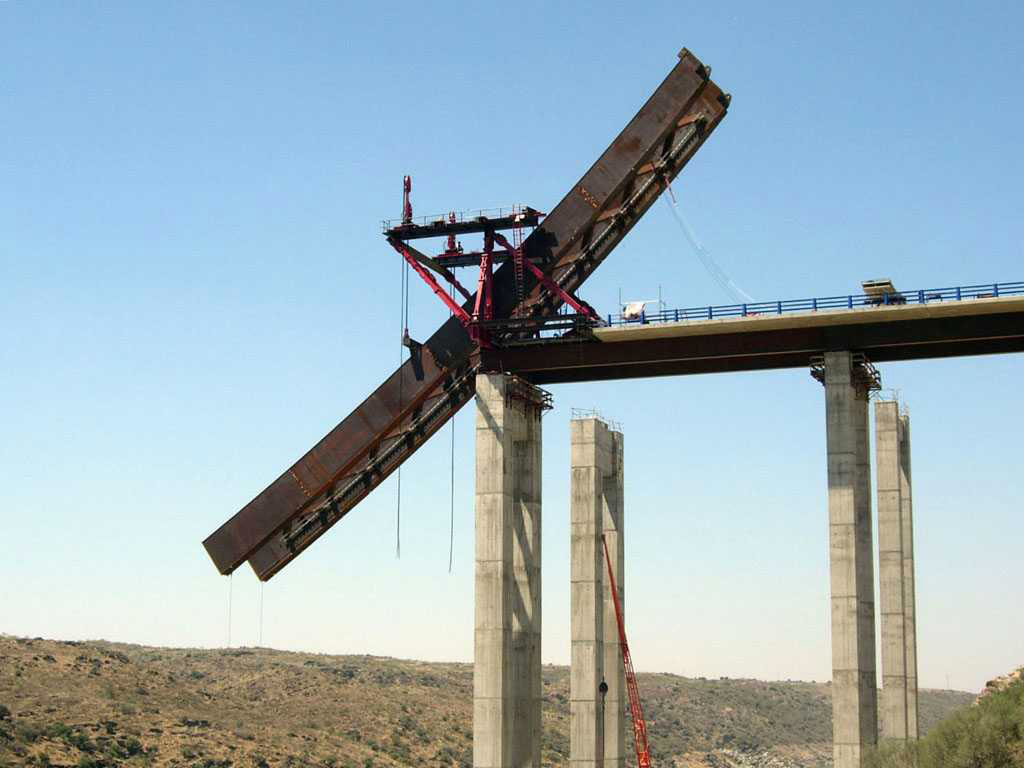 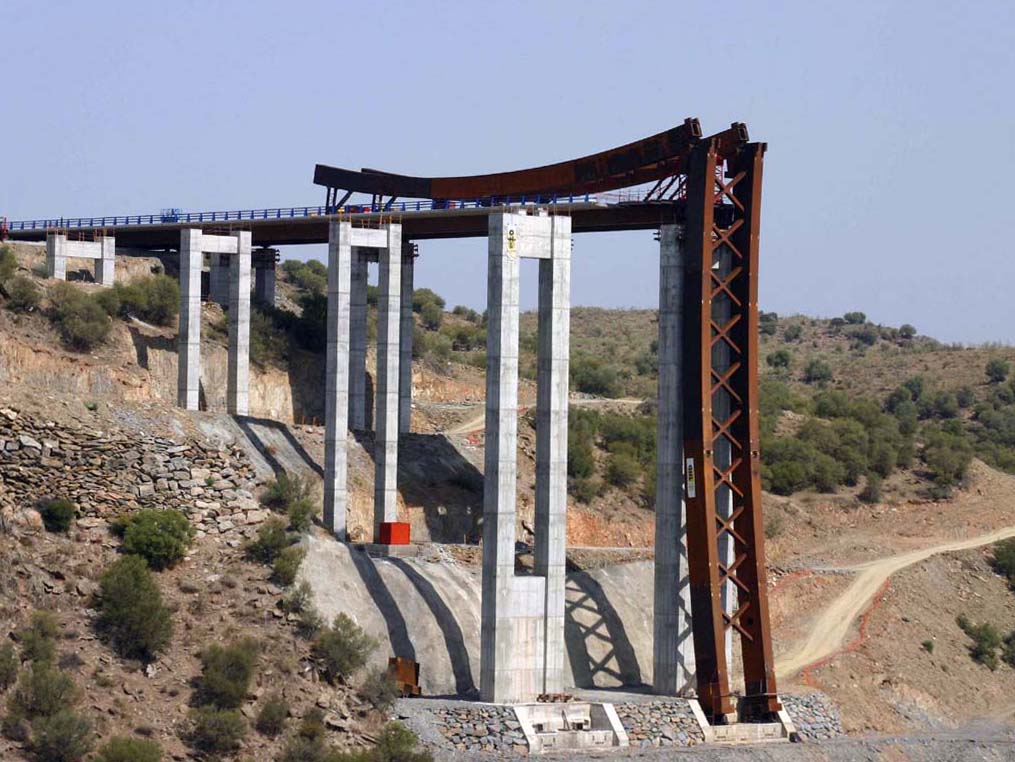 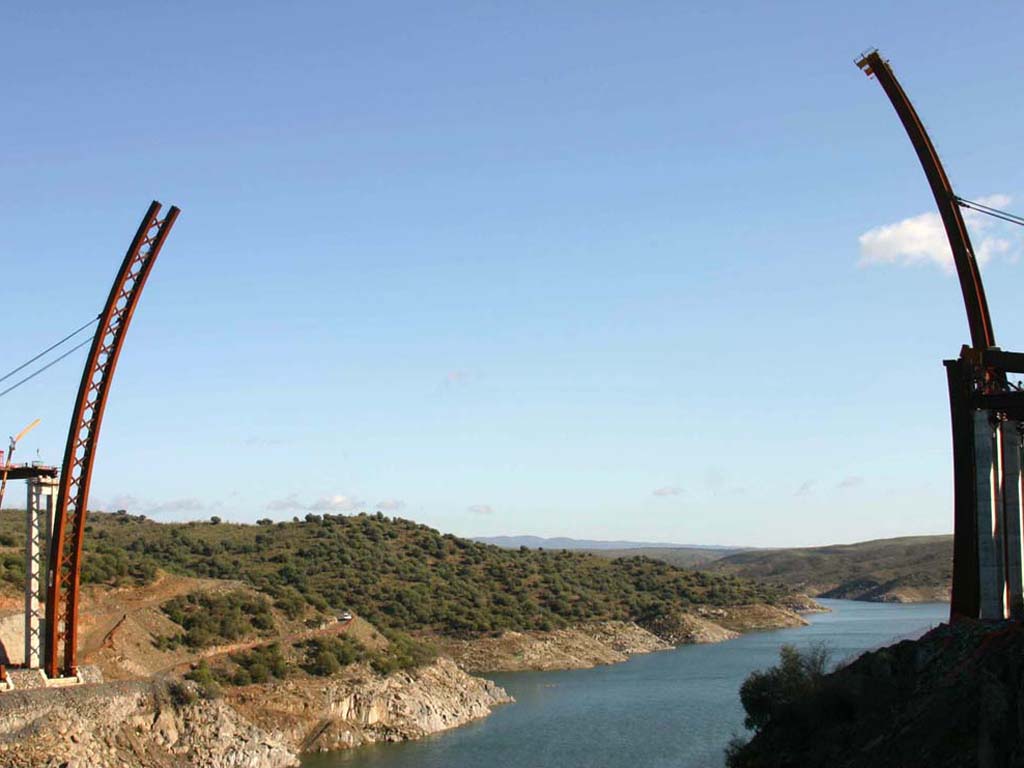 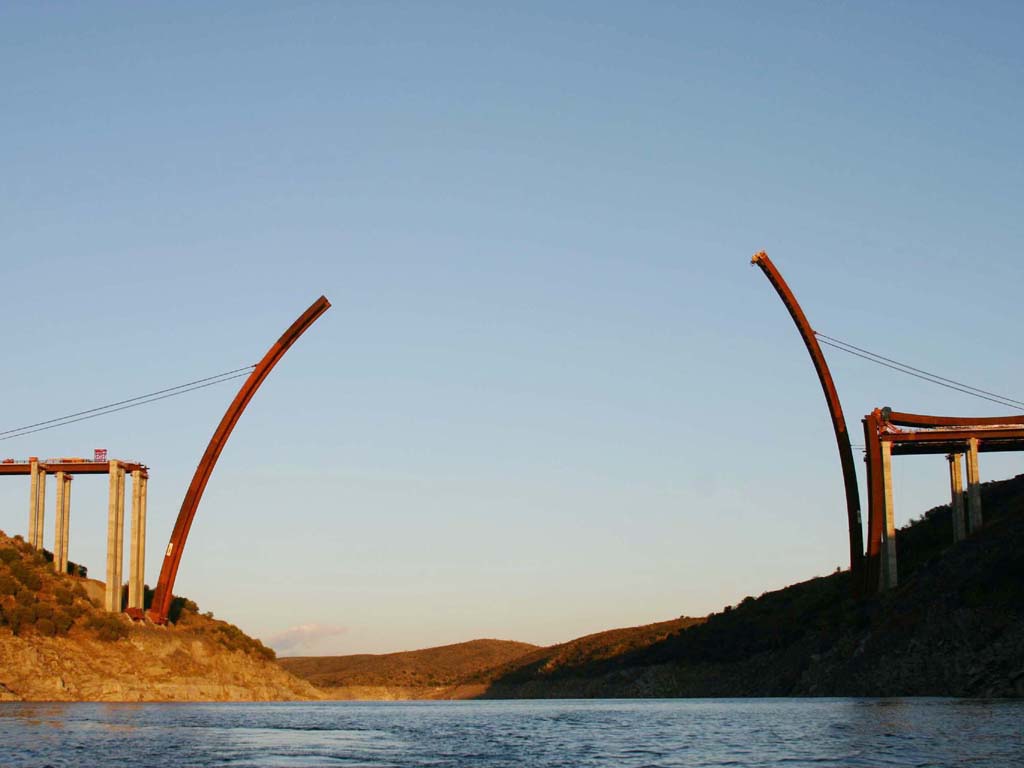 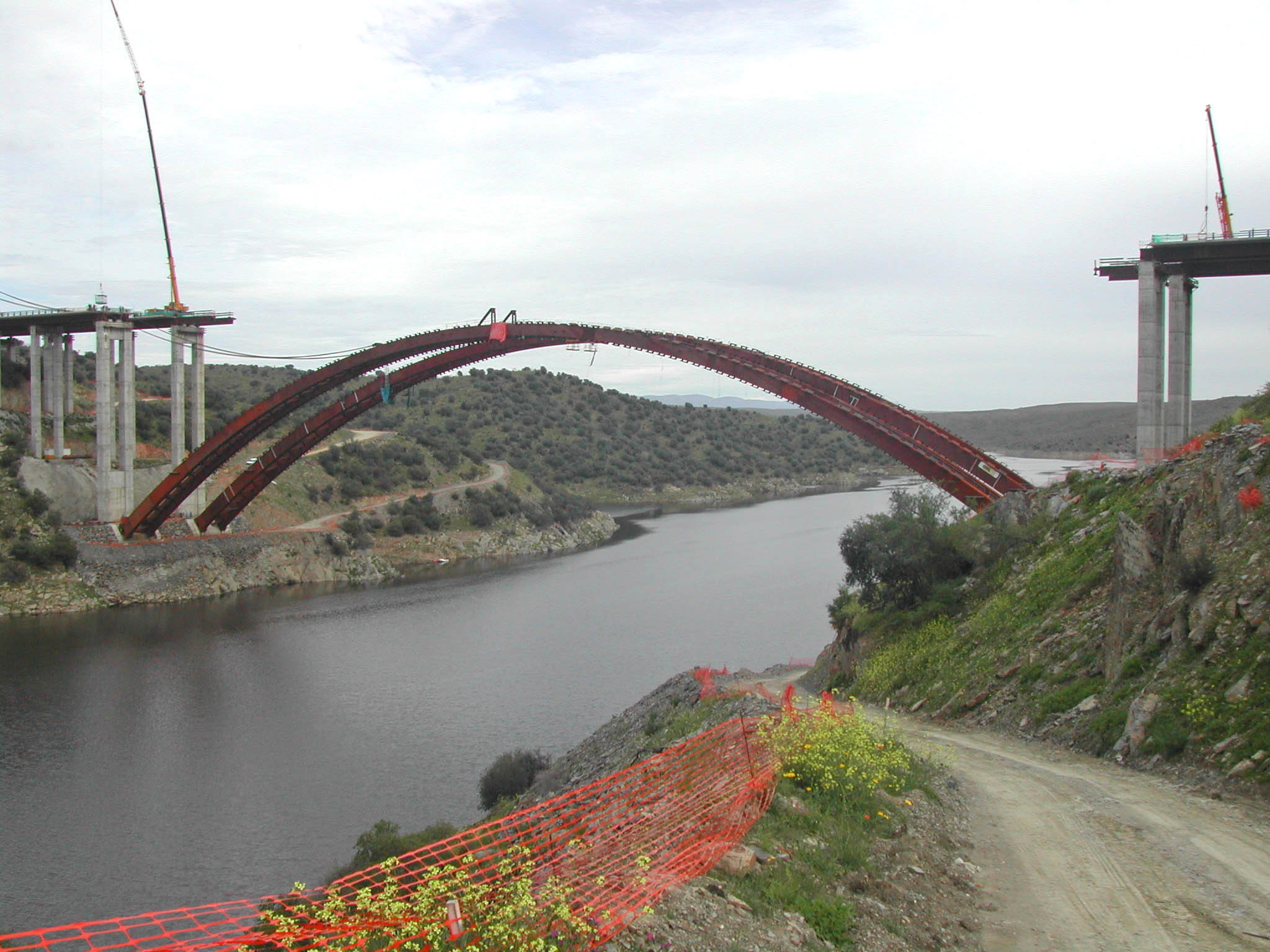 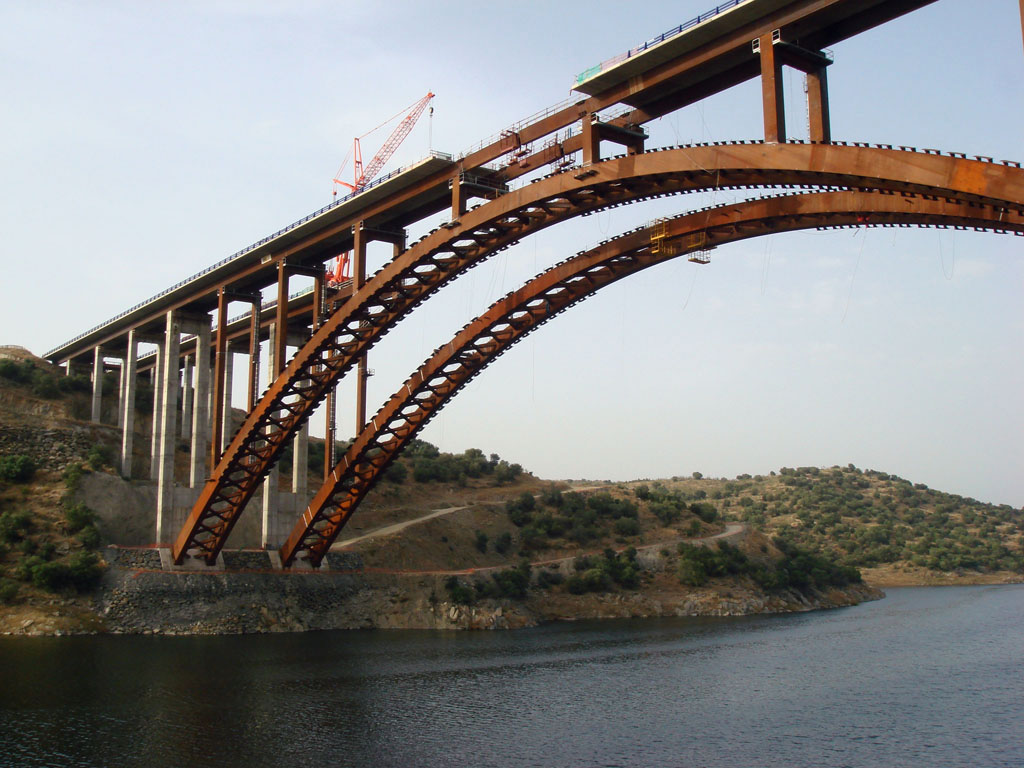 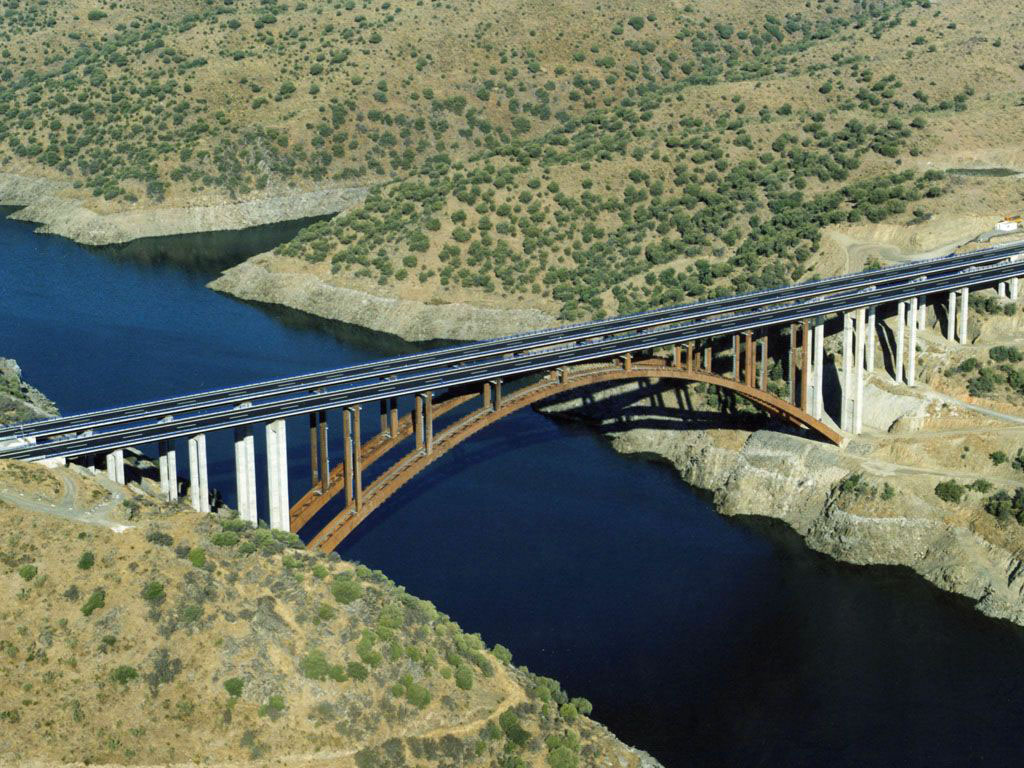 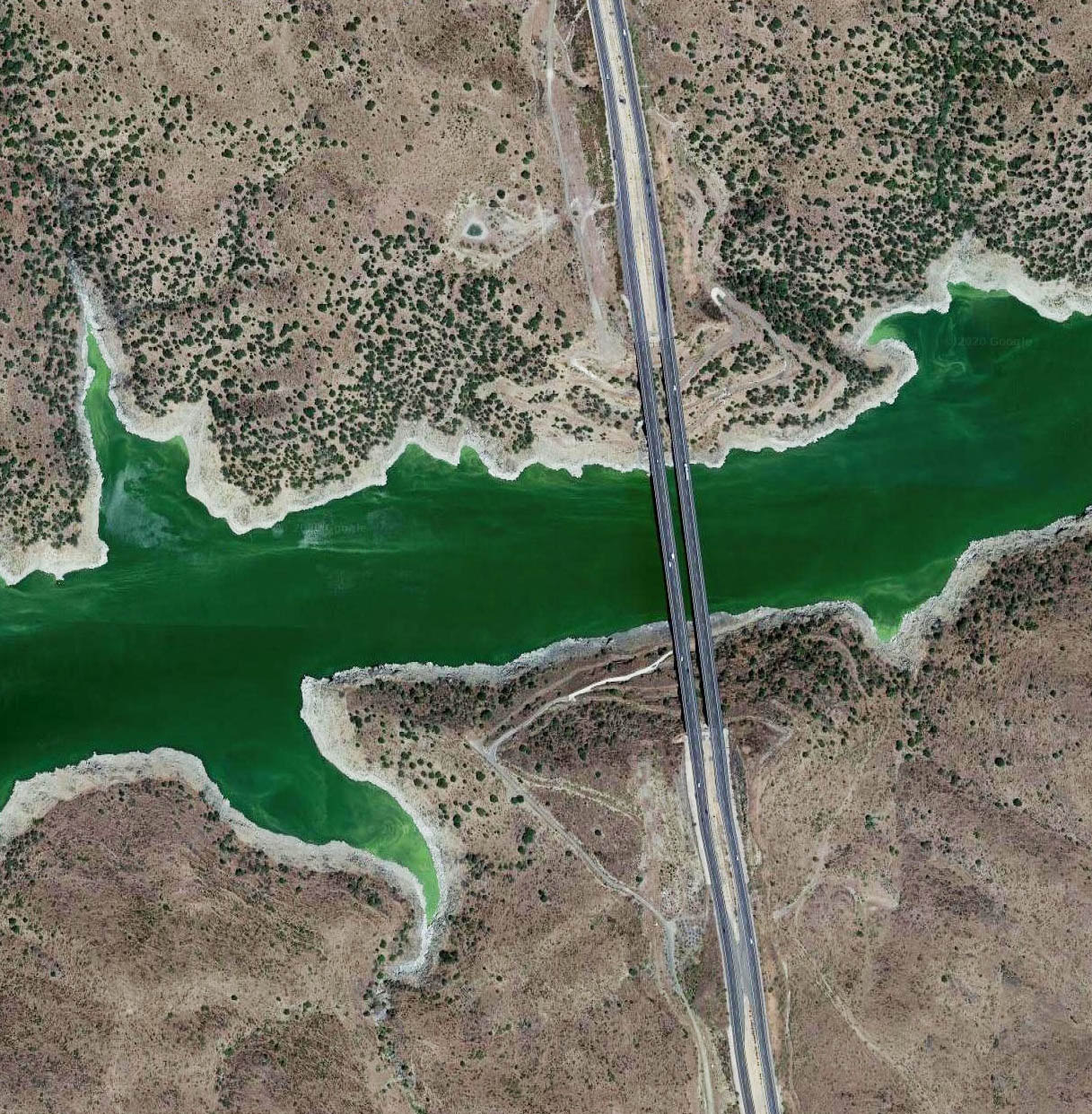 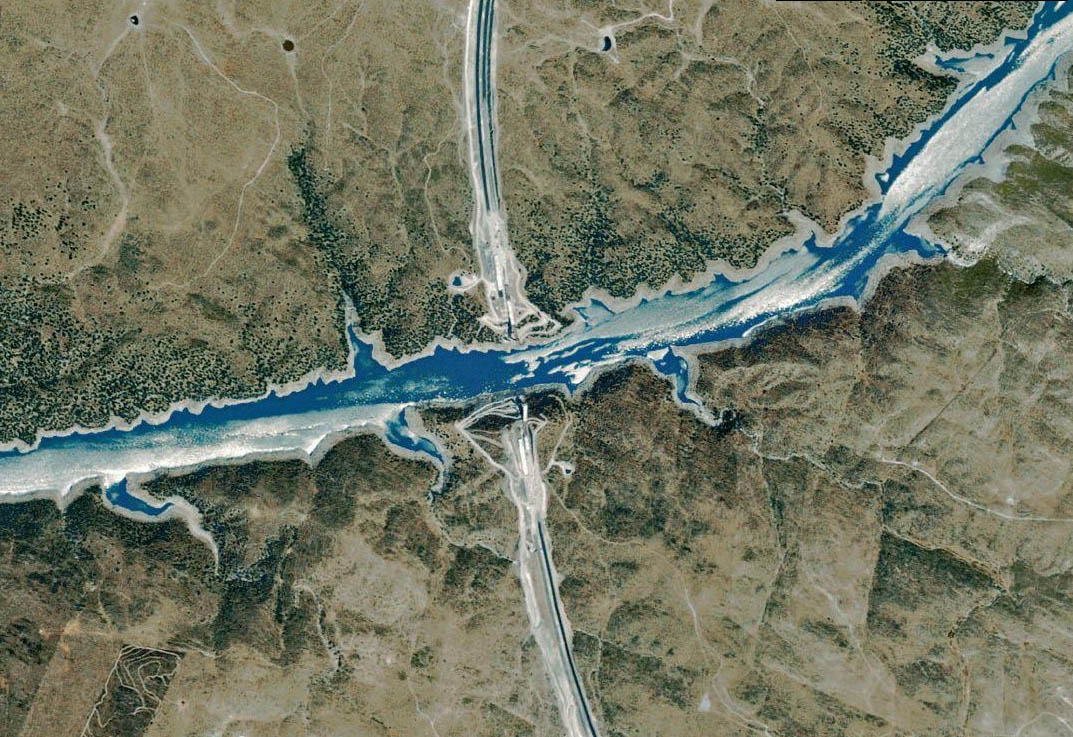 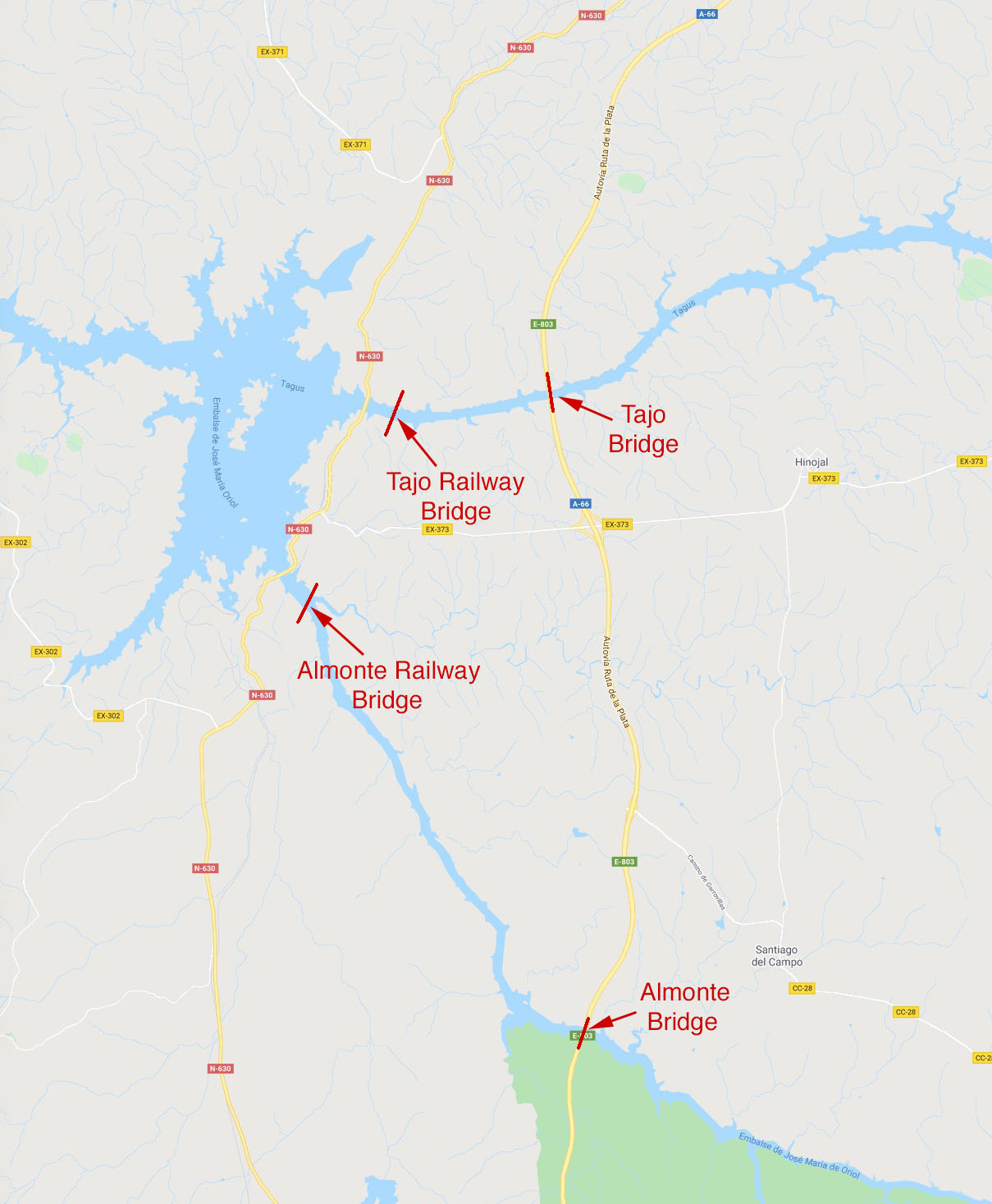