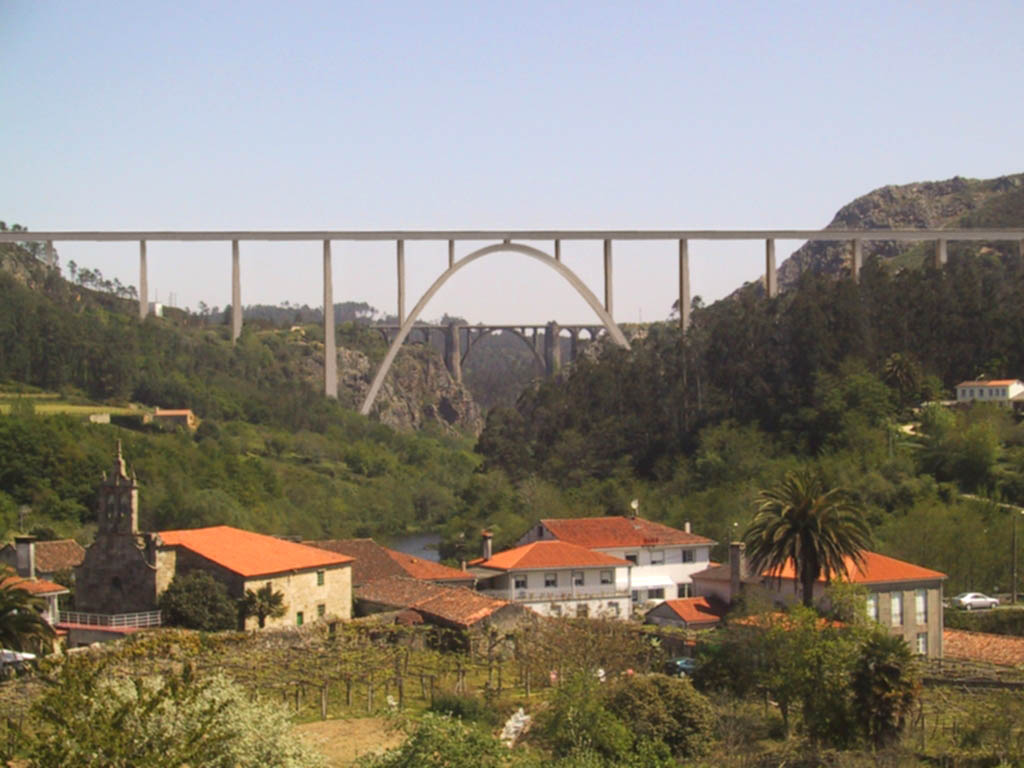 When it opened in 2012, the Viaducto Ulla became the highest high speed railway bridge in the world at 384 feet (117 mtrs). Since then China has built a number of higher high speed railway bridges. Measuring 2,067 feet (630 mtrs) from end to end, the long viaduct crosses the Ulla with a central catenary arch span of 551 feet (168 mtrs) that looks modern and yet still retains the classic lines of an older arch bridge. The design choice may not have been entirely coincidental as the new structure is less than a 1,000 feet (305 mtrs) from Spain’s highest conventional railway bridge, the 276 foot (84 mtr) high Gundián bridge. Built in 1948, the older arch crosses the Ulla between two cliffs in a storybook setting that would be perfect for any artist looking to paint a bridge scene.

The Rio Ulla bridge is one of several tall high speed rail bridges on the line between Santiago de Compostela and Ourense. Not far from the Ulle crossing is the Viaducto del Sáramo which rises about 262 feet (80 mtrs). The Viaducto de Covas is 295 feet (90 mtrs) high while the O Eixo is at least 279 feet (85 mtrs) high. Just 6 miles (10 kms) northwest of Ourense is the 328 foot (100 mtrs) high crossing of the deep Barbantiño gully 3,858 feet (1,176 mtrs) wide. Just downstream of the Barbantiño rail bridge is the new Viaducto de Barbantiño AG-53 Autostrada bridge with three huge spans of 607 feet (185 mtrs).

An excellent video can be viewed on the construction of Ponte Ulla here: http://www.youtube.com/watch?v=opA8WRFwxqk 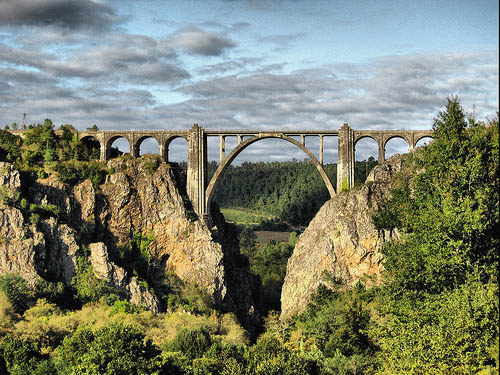 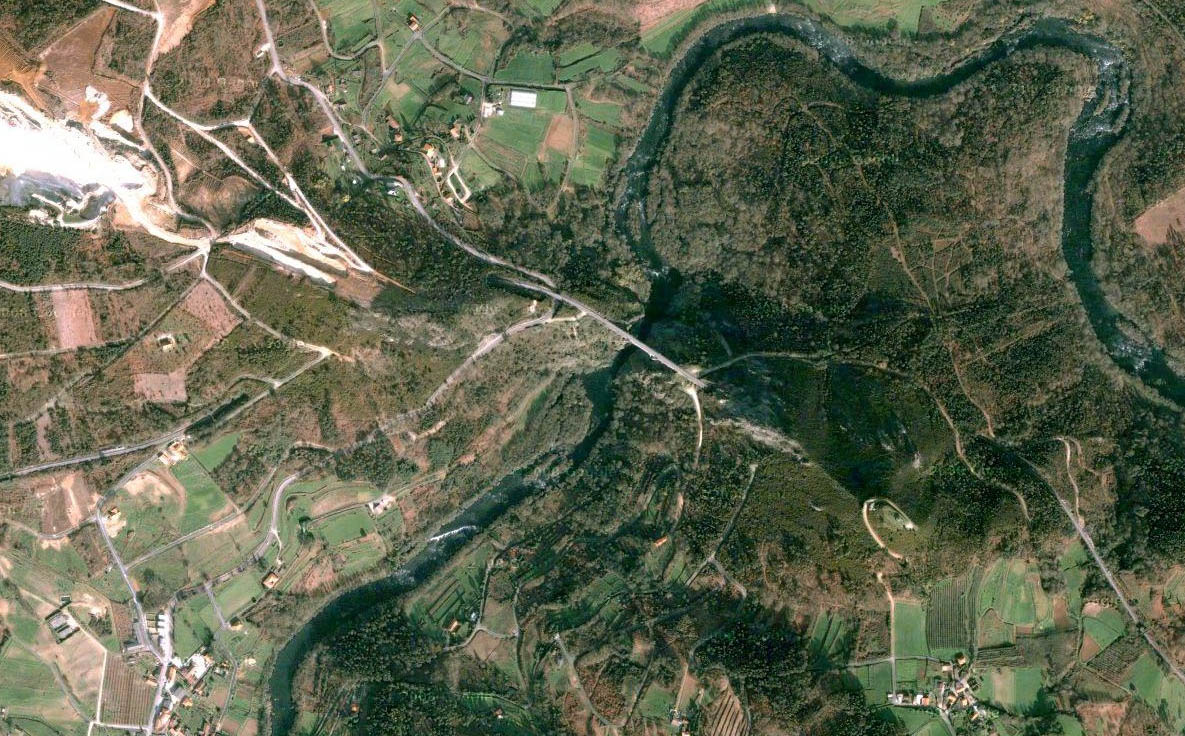 Ulla Viaduct satellite image showing the older Gundián railway bridge. Construction on the high speed rail line approach can be seen on the northwest side of the river valley.