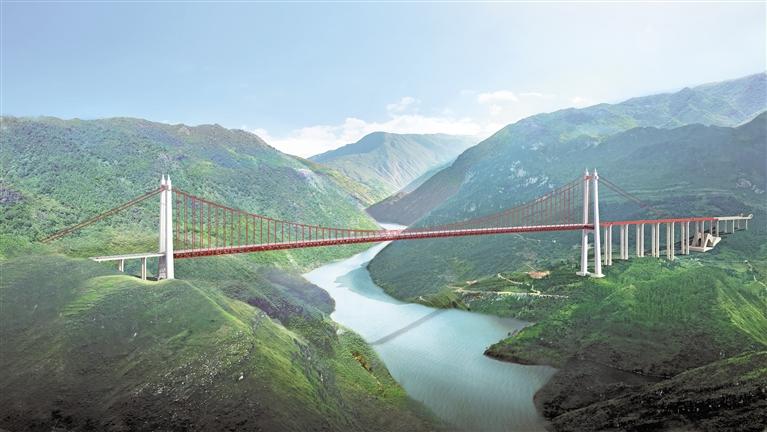 One of China's most remote high level bridges, the Zangkejiang Bridge crosses a spectacular section of the Beipanjiang River gorge in Northwestern Guizhou Province along the Naqing Expressway between Nayong and Qinglong.

There is no waterway within Guizhou's borders with a greater collection of super-high bridge spans than the mighty Beipan River. Translated as the North Winding River, the BeipanJiang flows on a North-South rift that divides the Western and Eastern halves of Guizhou. The vertical limestone cliffs drop so deep that much of the river is in shadow during the day. Spaced every 50 kilometers along its length are a collection of epic road and railway bridges that have pushed the boundaries of China’s bridge engineering community. These include the 565 meter high Duge Bridge as well as the 300+ meter high Hukun and Guanxing suspension bridges as well as the Qinglong Railway arch.

No Beipanjiang crossing has a span as long as the 1,080 meter steel stiffened truss of the Zangkejiang Bridge. The deck soars approximately 330 meters above the full level of the reservoir that was formed behind the Guangzhou Dam.

The Naqing Expressway is home to some of China's most spectacular high bridges including the massive Liuzhi arch-beam viaduct and the Baishuihe and Azhihe arch bridges. 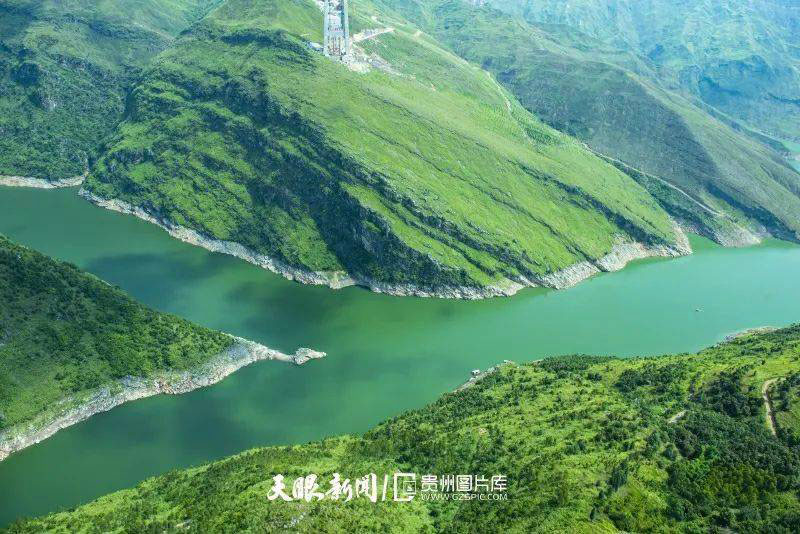 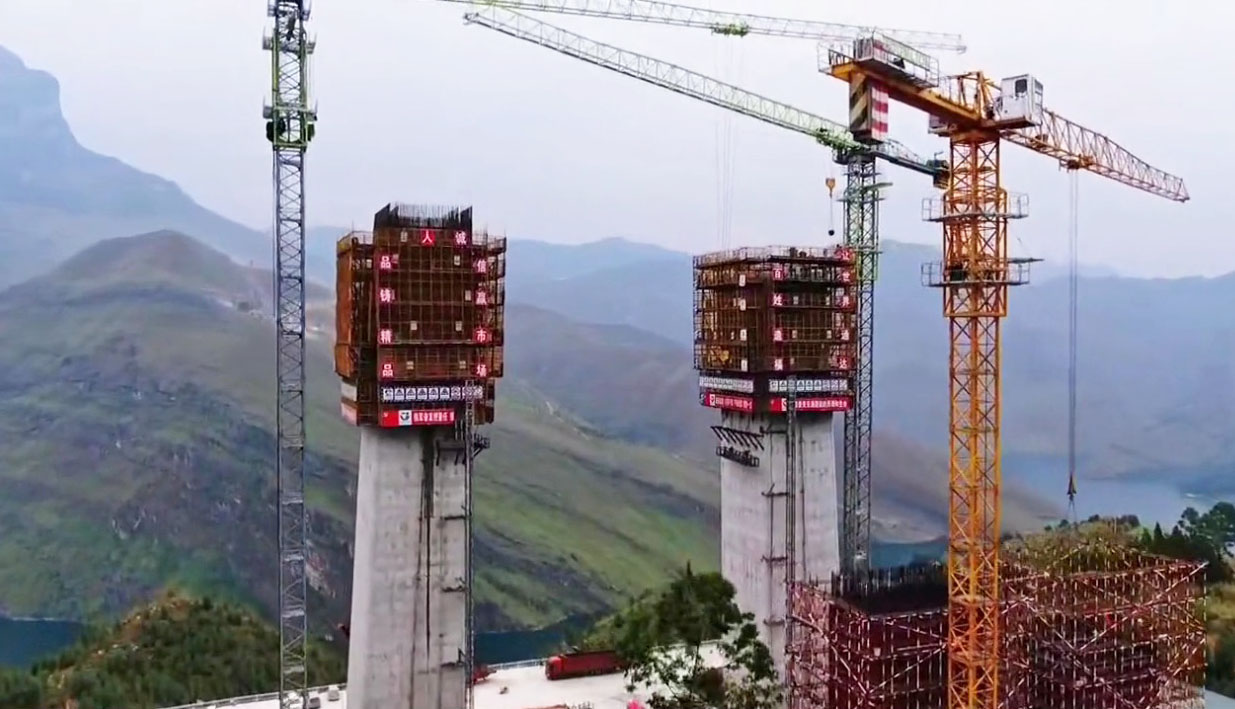 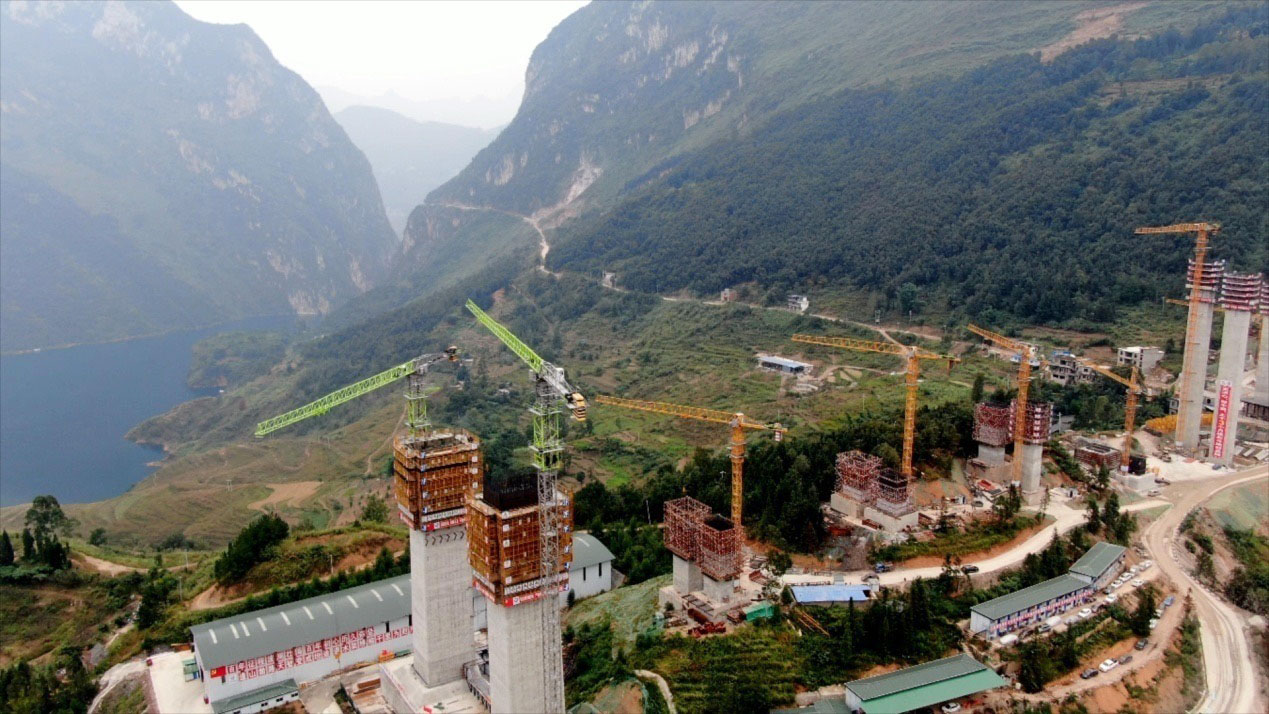 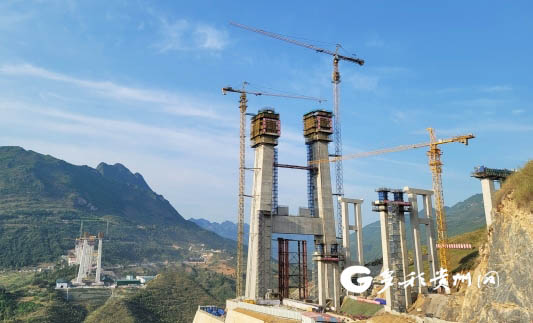 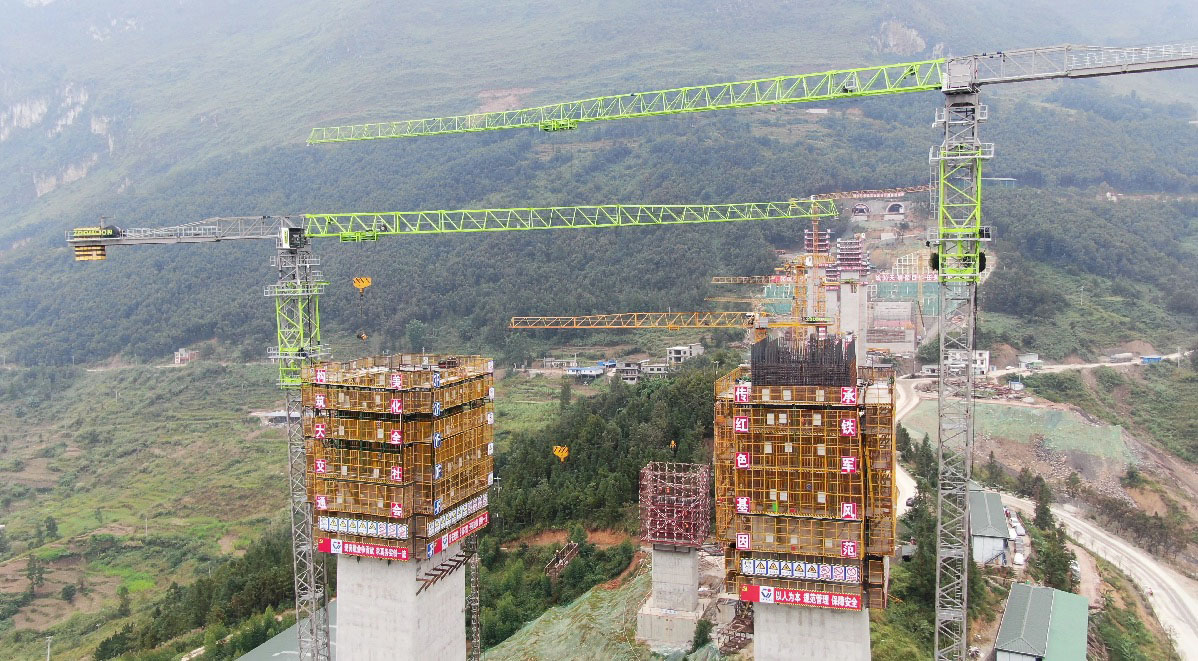 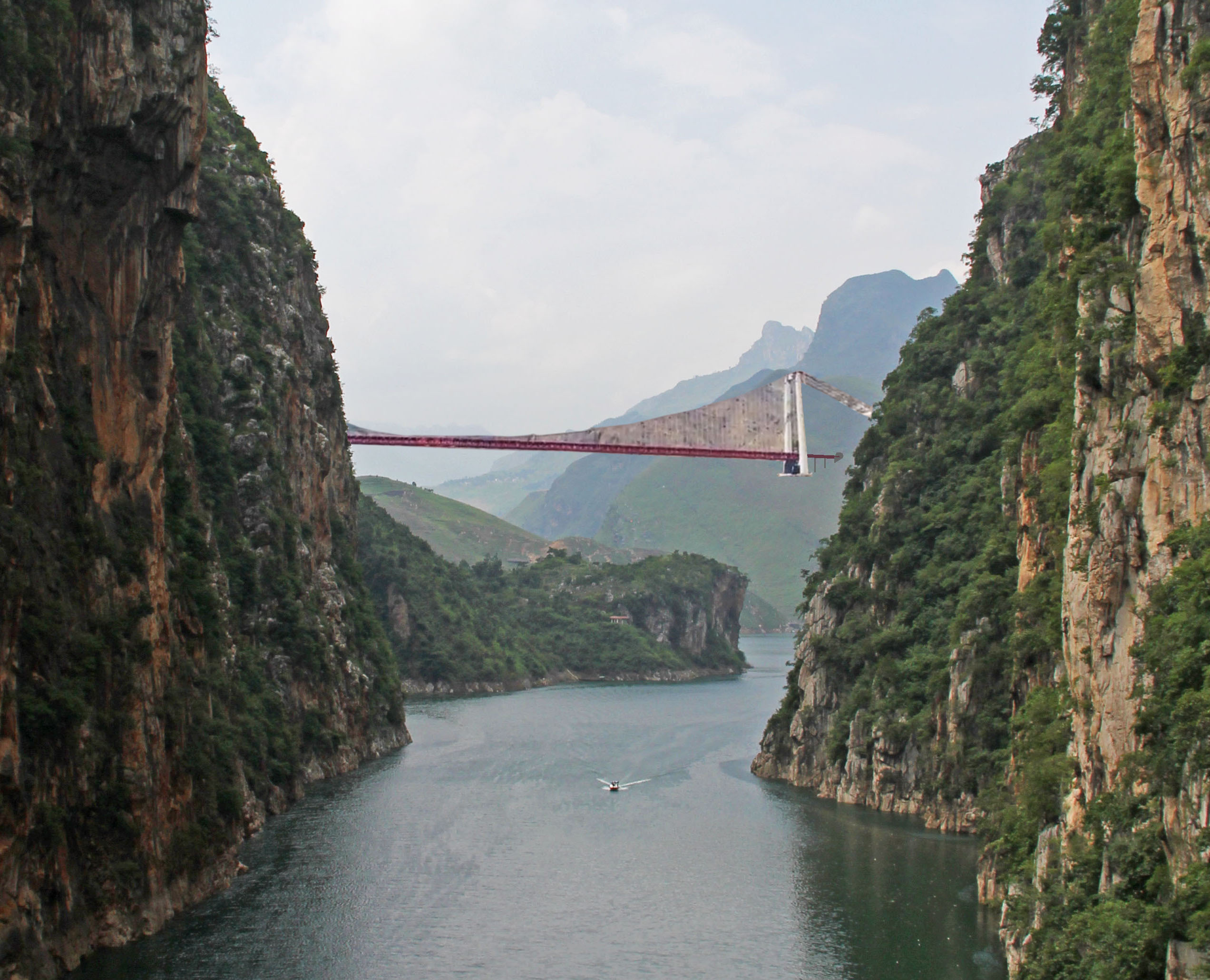 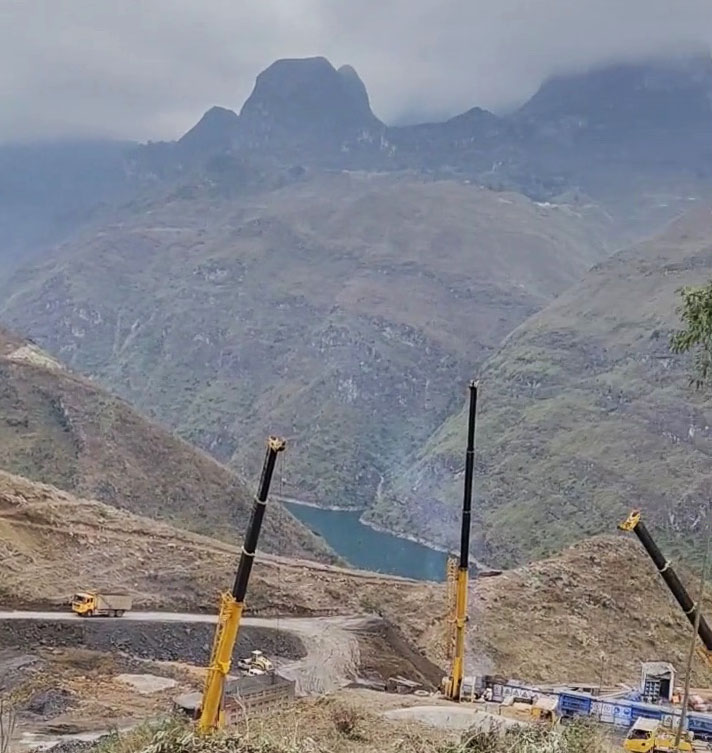 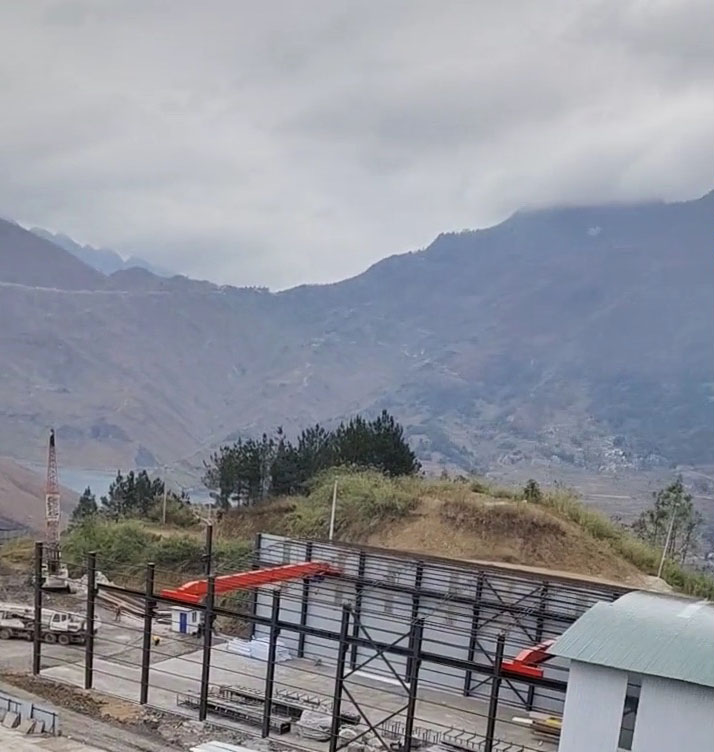 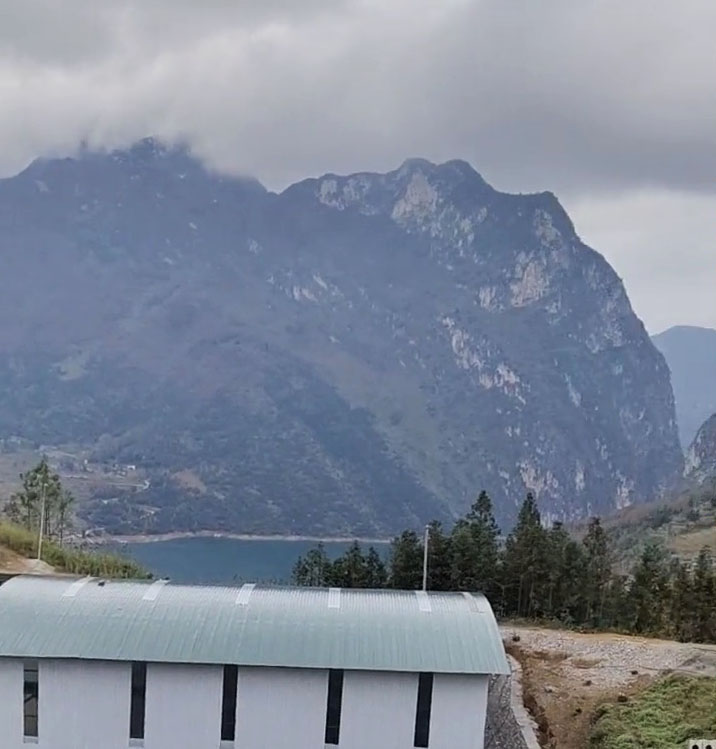 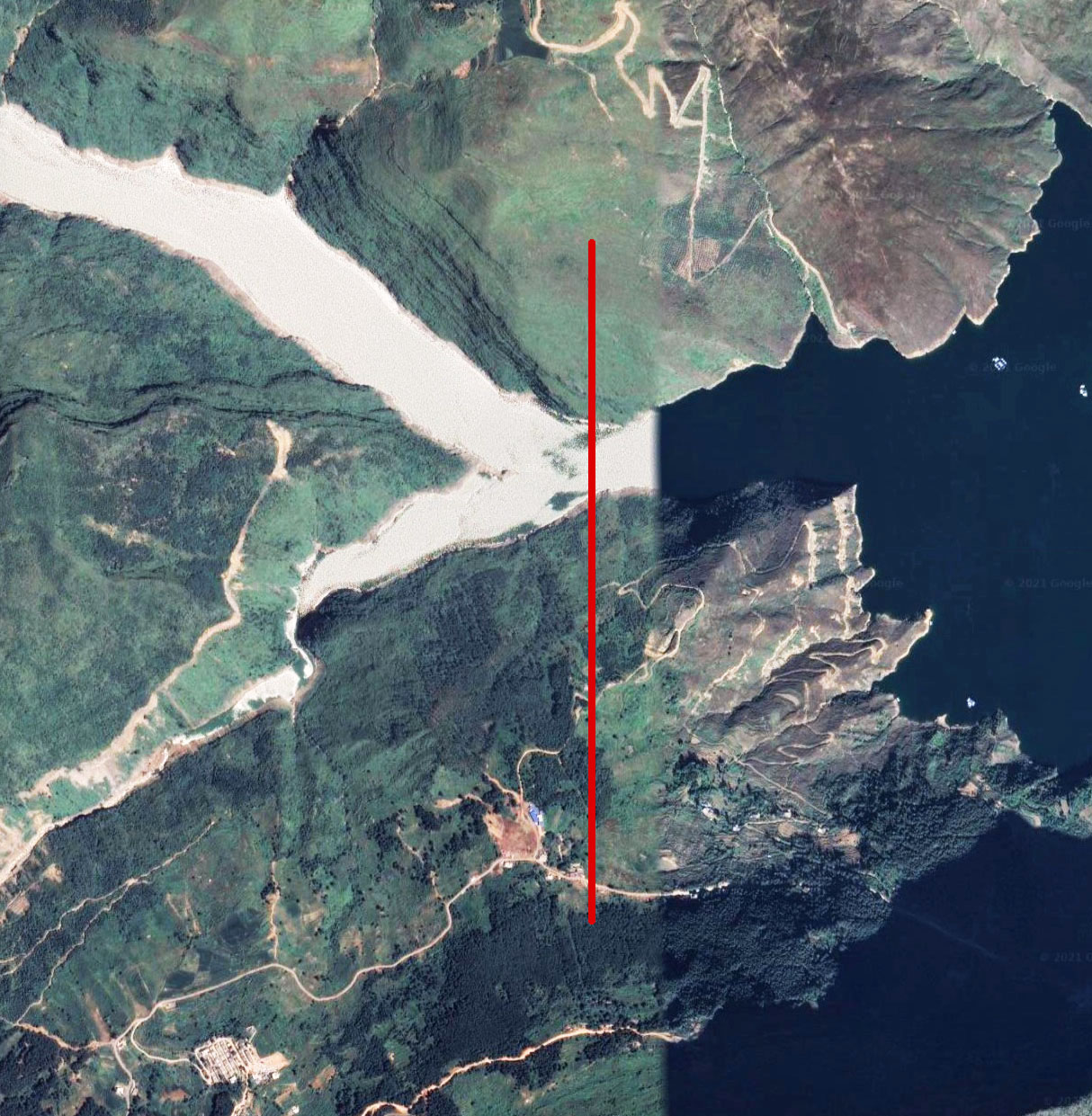 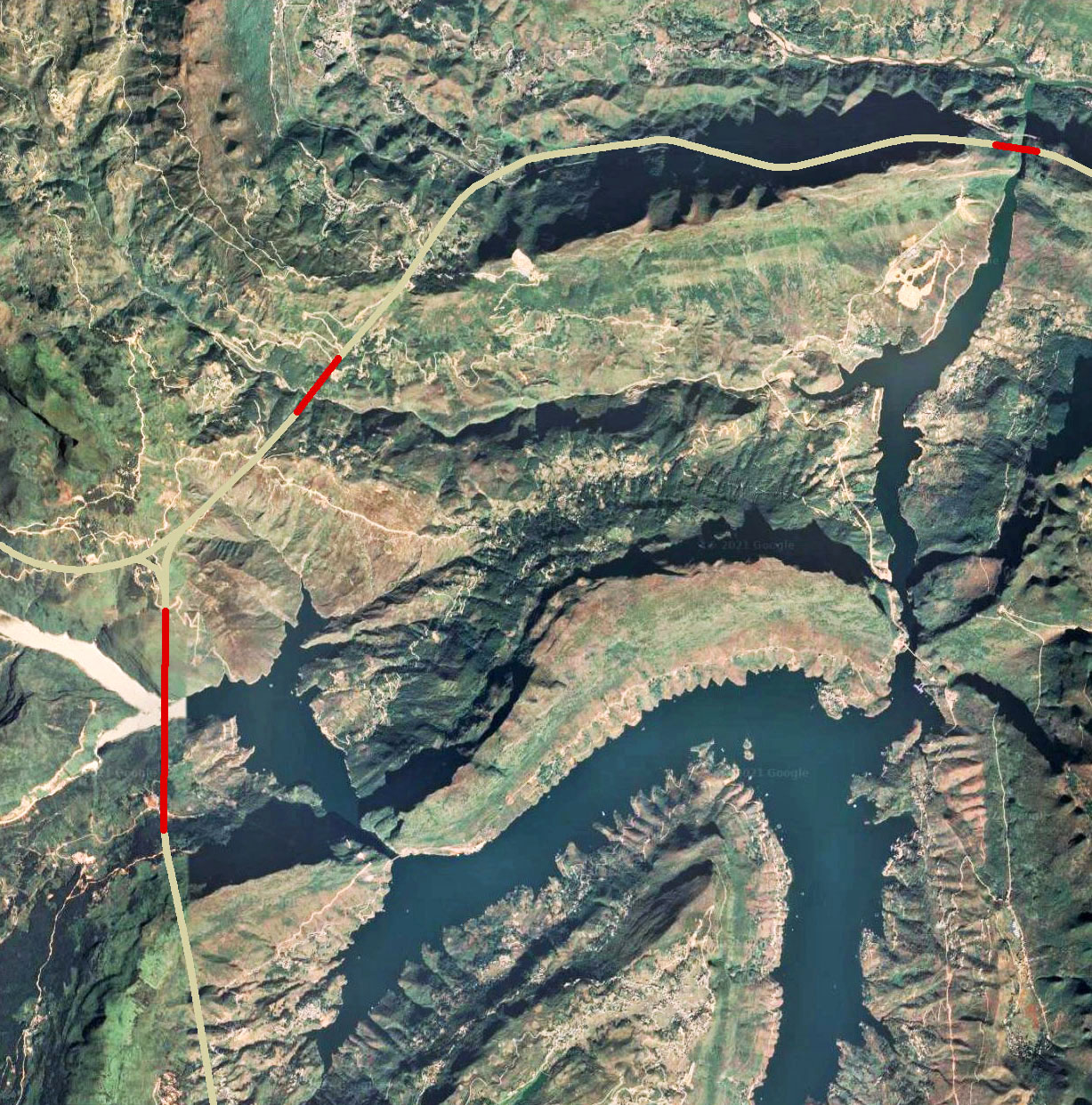 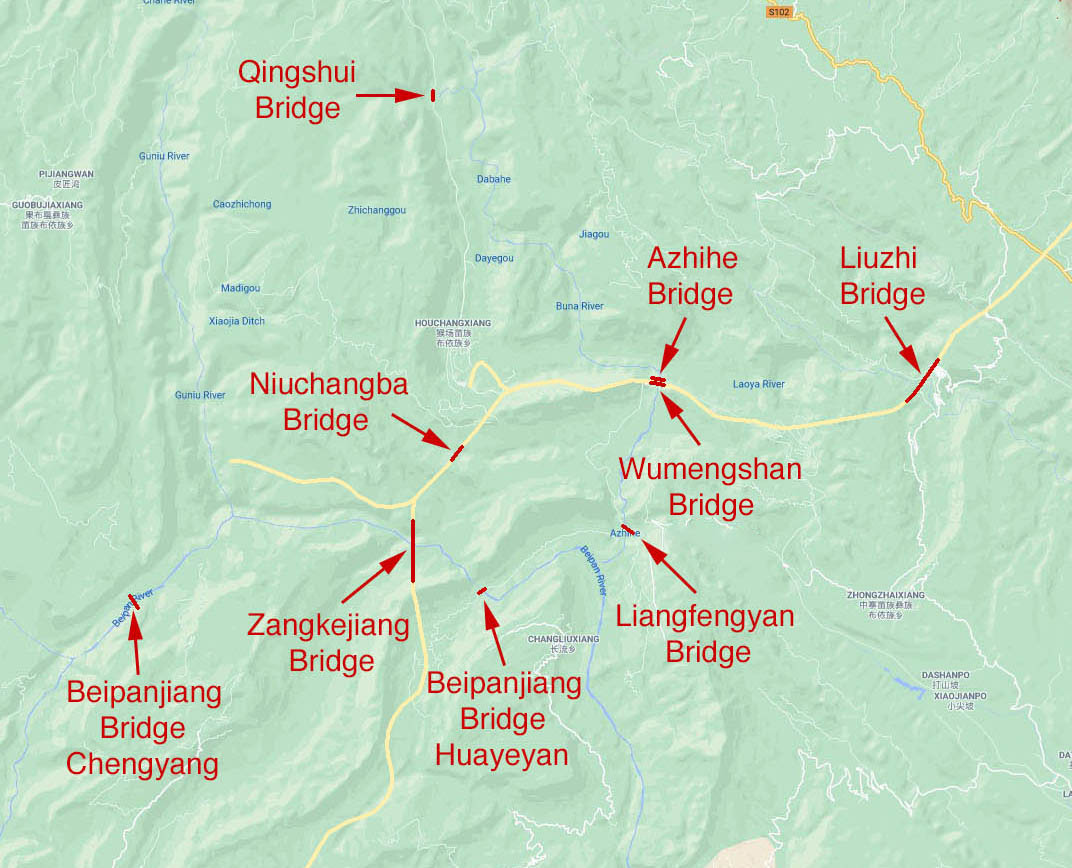