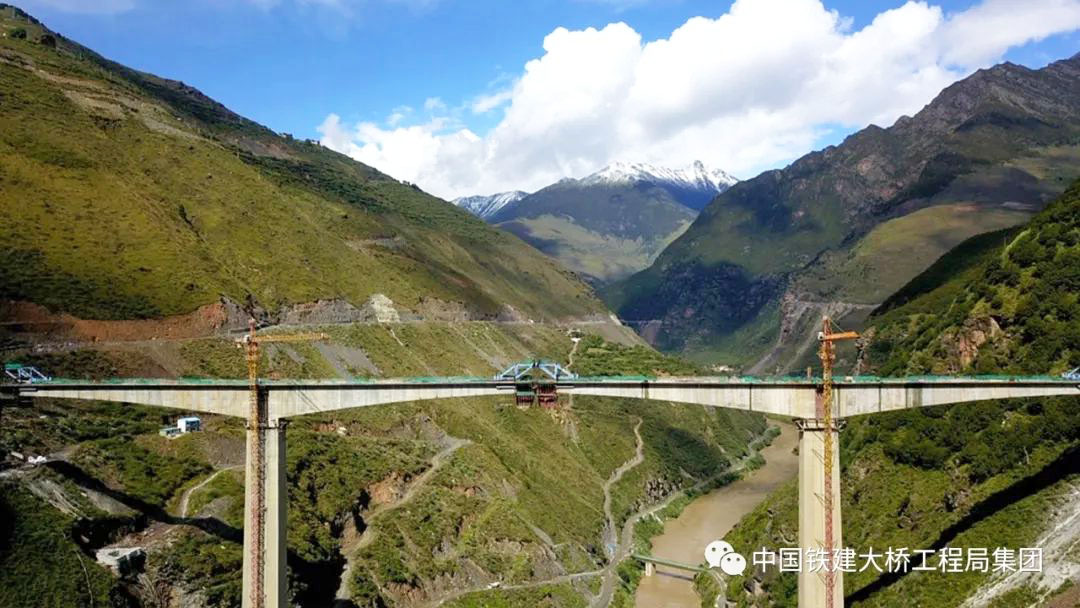 Zhatuo Bridge is one of several massive beam bridge spans that cross the huge reservoir that formed behind the Lianghekou Dam.

With a height of 295 meters, the Lianghekou Dam is the third highest earth fill dam in the world after the Shuangjiangkou Dam in China and the Nurek Dam in Tajikistan. Among all dams in the world it ranks 5th. The large collection of high bridges required to cross this deep Sichuan reservoir is second only to the 3 Gorges reservoir in Hubei Province. The Yalong River has many of China's highest dams including Jinping 1 and Ertan Dam, the first major concrete arch dam built in China.

Other giant beam bridges that cross the reservoir with main spans of 190 to 200 meters include Lianghekou Dam, Murong, Xiatuo, Hagedagou and Hongding Bridges. 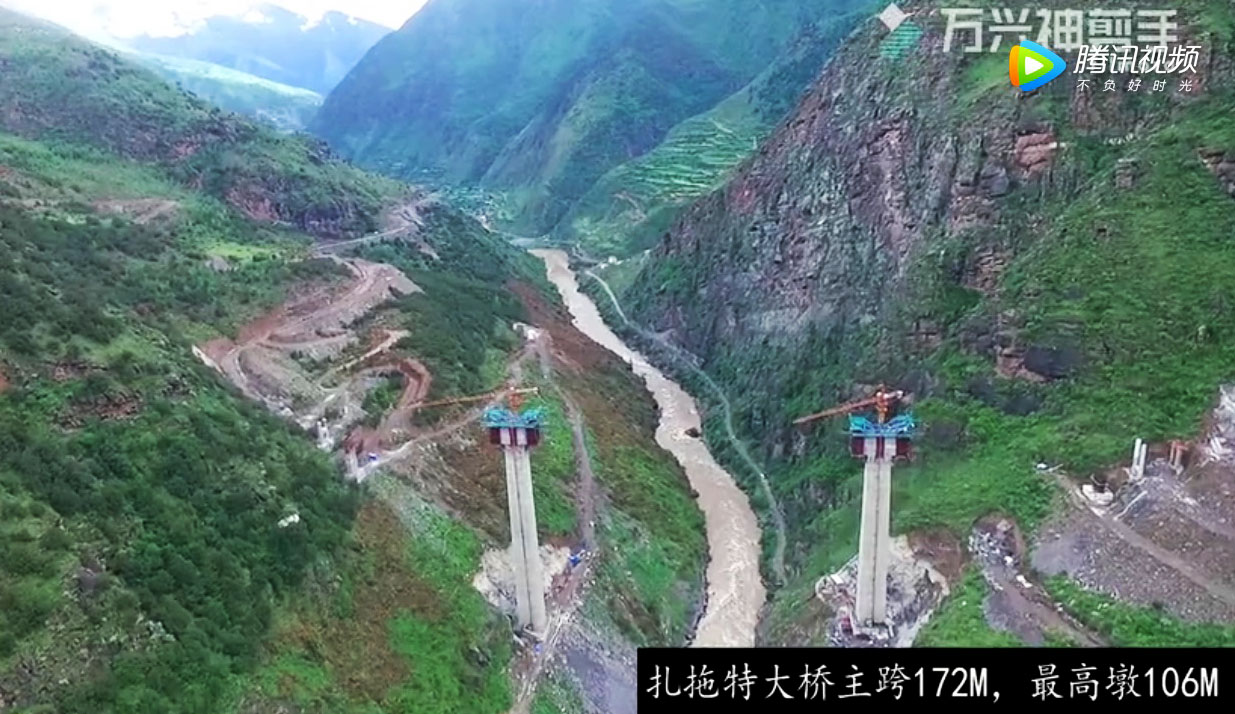 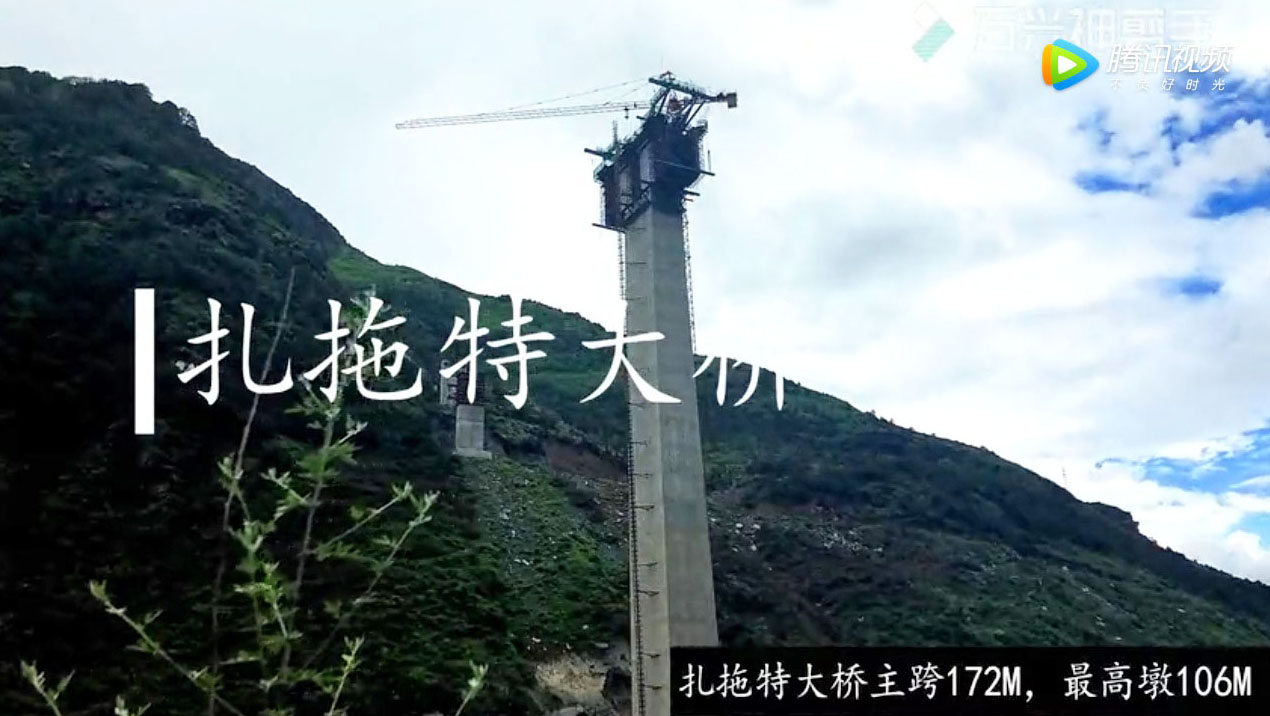 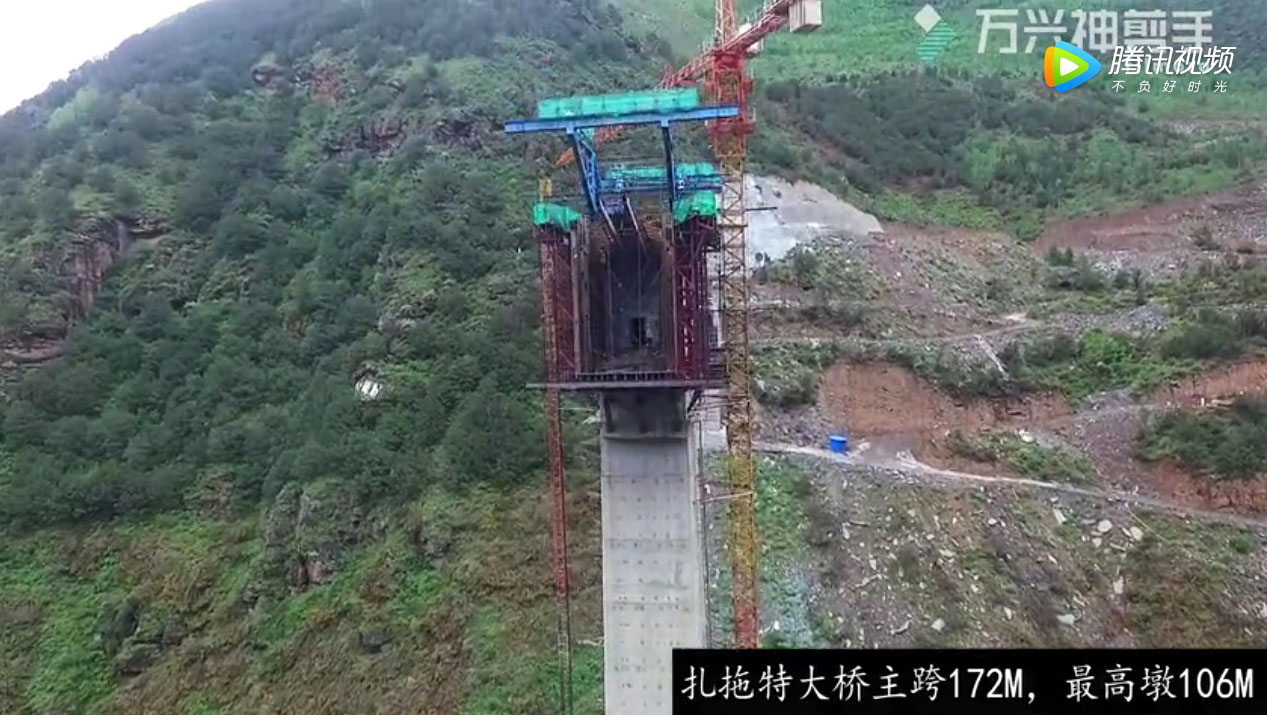 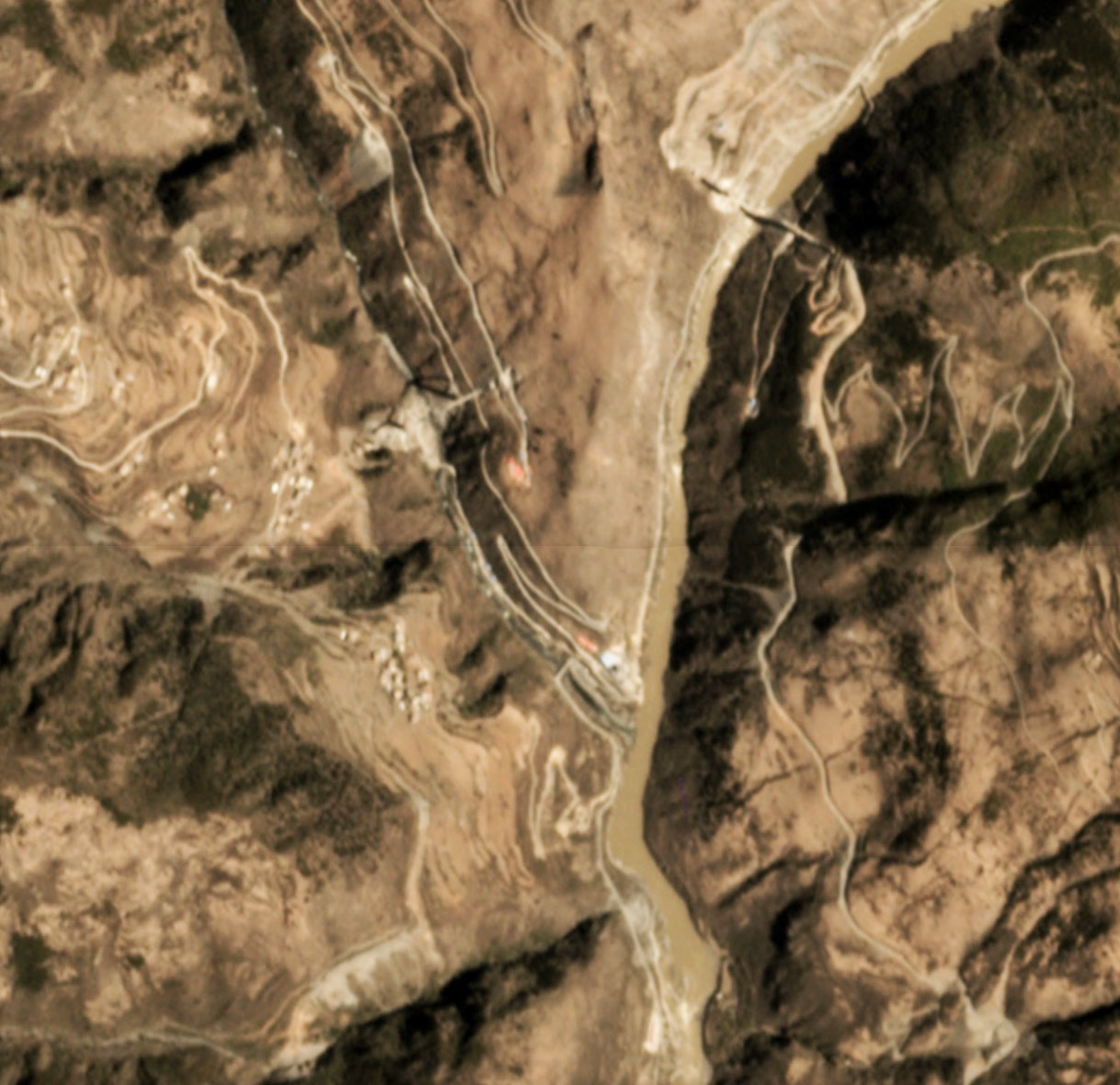 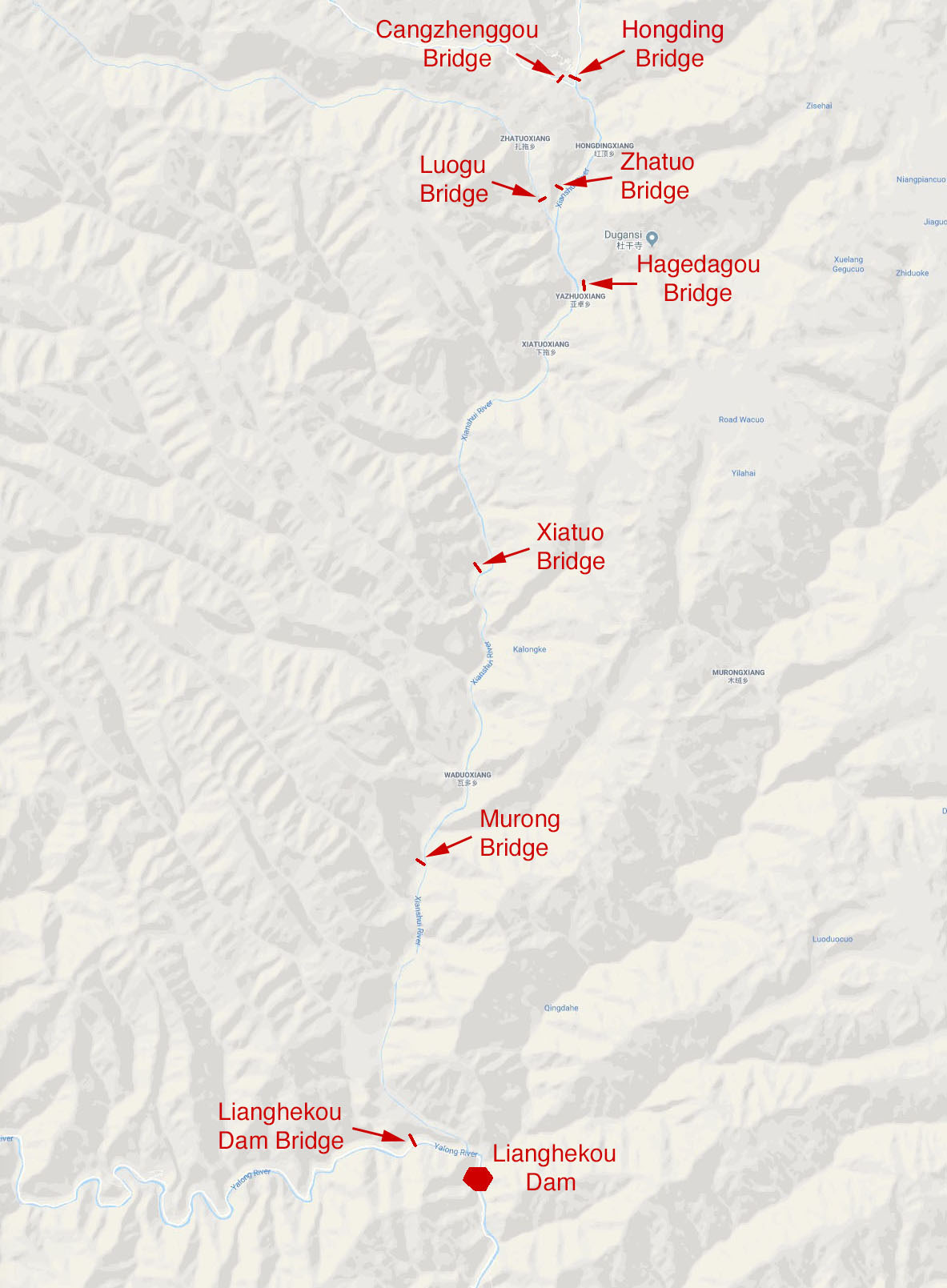 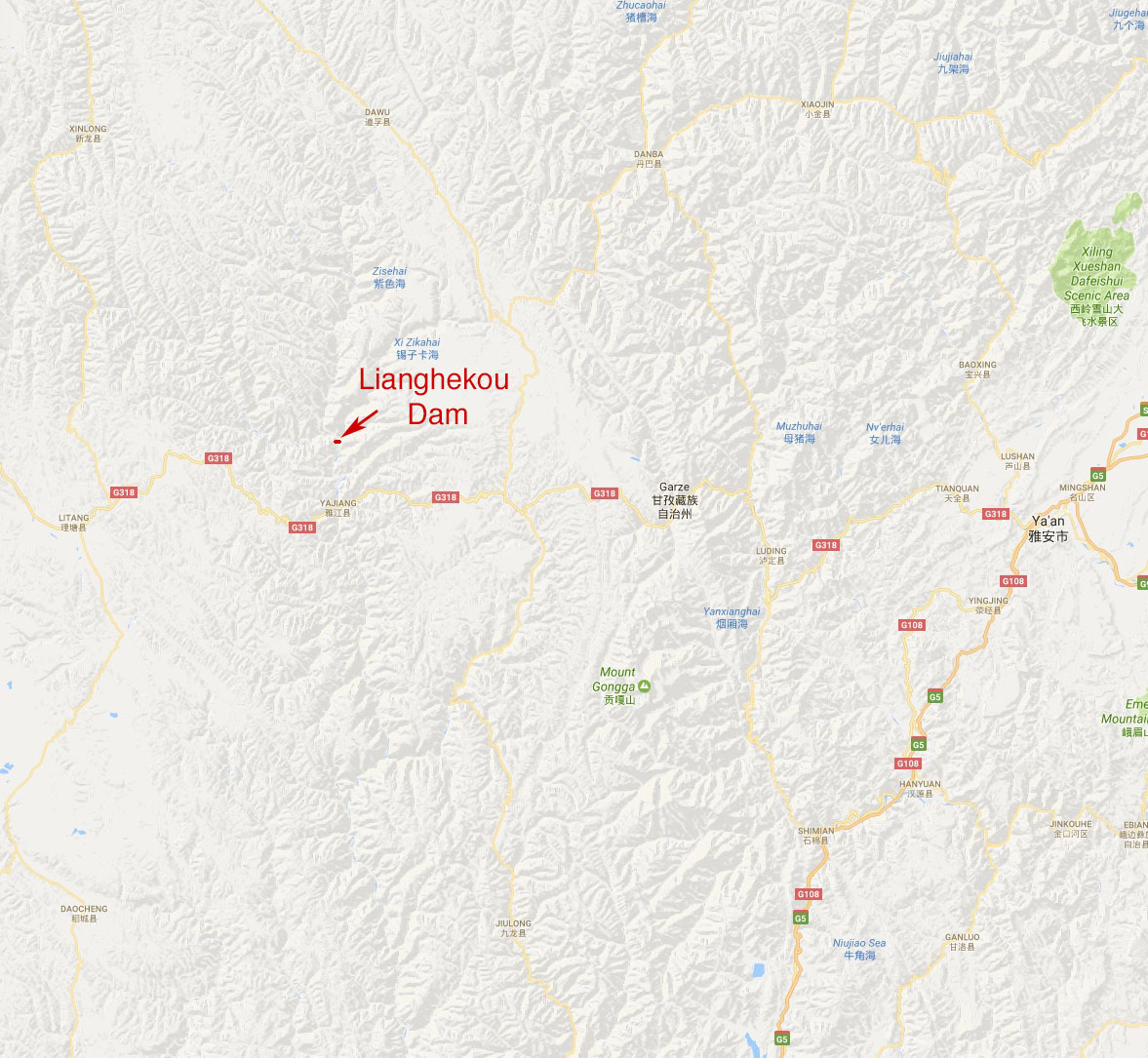